If this next feature was a short-wheel-base 911 or a BMW 2002 Tii, the price would be easily an order of magnitude higher.  It is a dirt cheap price for a project and a mid-engined classic from one of Europe’s premier super car builders. What a perfect way to kick off the New Year!  Find this 1968 Lotus Europa project offered here on craigslist for $2,500 in Harmony, PA. Tip from Hugh. 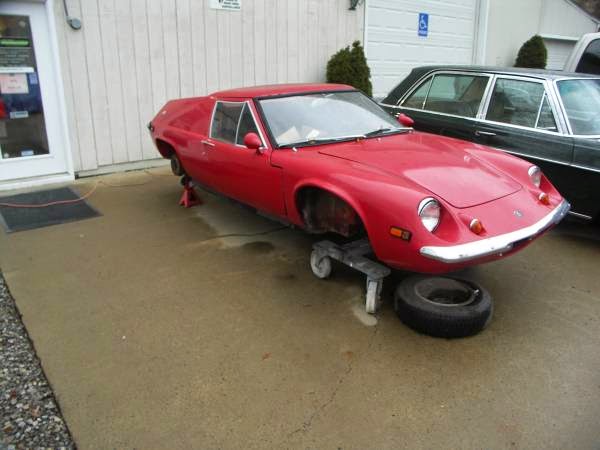 The Europa was a sporty two seater built by Colin Chapman’s Lotus Cars
in Norfolk, UK.  Only 9300 of these high-butted gems were built between
1966-1975 and today they are surprisingly affordable.  The lightweight (1300-1500 lbs) Europa featured a mid mounted inline 4
and race car derived suspension bits.  The series 2
cars introduced in 1969 introduced newer/better powertrains and bolts
to secure the fiberglass body to the steel backbone chassis instead of
the crusty wall paper paste used in the series 1 cars. 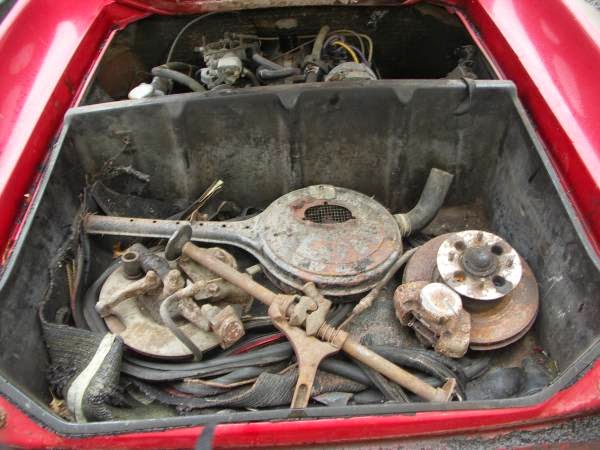 The series 2 Europa used the same 1.6 liter Renault engine used in the S1, but
offered additional creature comforts, like roll-up windows and
adjustable seats. The Renault engine is rated at 81 horsepower and 80 ft-lbs of torque, but the car only tips the scales at 1400 lbs. 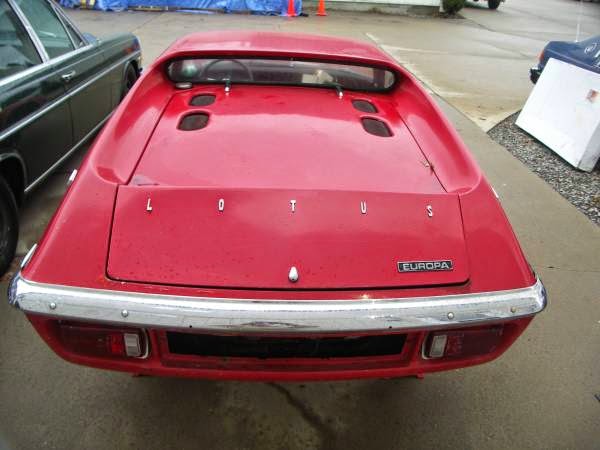 See another cheap project for 2015? Send it here: tips@dailyturismo.com