The Mitsubishi Mirage has all the presence of a raw potato. It’s a forgettable car. But when life hands you lemons, you turbocharge the crap out of it and hoon it until it dies. Find this 4G63-swapped 1996 Mitsubishi Mirage for $2,000 in Los Angeles, CA. Words and tip from DT commenter & contributor  slowcarSLOW-MPGlol. 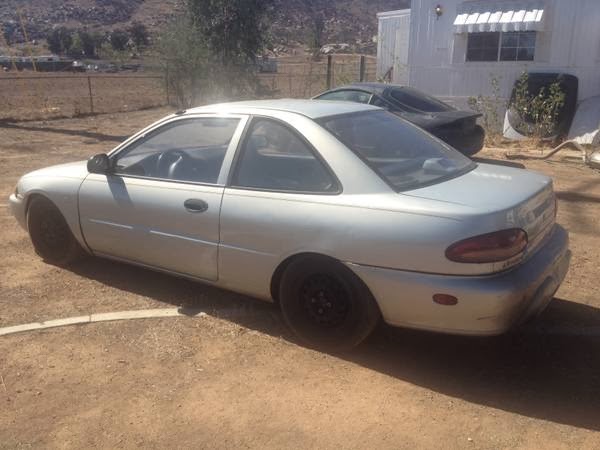 The
Mirage was part of the badge-engineered convolution of Diamond Star
Motors (Chrysler and Mitsubishi) and, uh, Eagle somehow. It was also
sold as the Eagle Summit, Dodge Colt, and Plymouth Colt. Yes,
introducing three other forgettable cars was intended to ease the
disambiguation of the Mirage in question. Did it work? 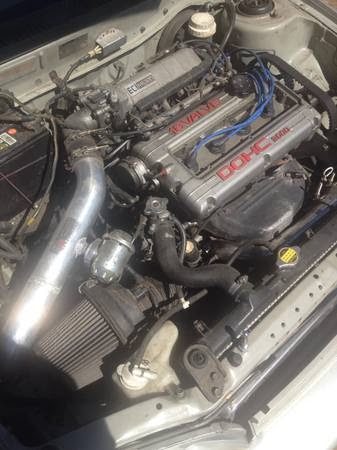 The
benefit of these oddly incestuous relationships is high cross-platform
tuning potential, as demonstrated by the Mitsubishi Eclipse’s 4G63
turbocharged 2.0l engine currently nested in this Mirage’s engine bay.
The 4G63 crankwalked its way into tuners’ hearts during the import
tuning craze of the ’90s. Many hopeful street racers later lamented
about the experience: “For the money I spent modifying and repairing
this engine, I could be driving something better than a Mitsubishi.” 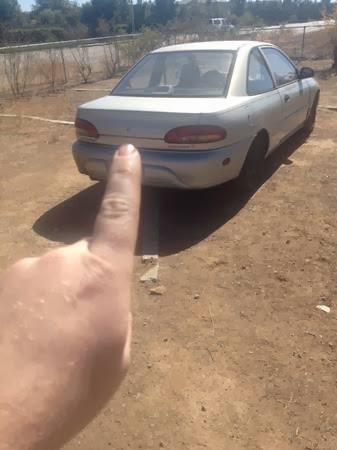 Look, the seller thinks we’re number 1! Or he’s pointing to the keyhole. Or he’s just another Mitsubishi owner giving his car the finger.
You would too if you had to deal with a noisy suspension (possibly from
cut springs) and no A/C in Southern California. Stock 1st-gen Eclipses
made 190 horsepower, and a few bolt-ons here mean you can expect at
least 250 on 10 psi if you get it tuned correctly. That should be enough
to drive quickly away from the laughter that will surely follow you at
every stoplight because you drive a tuned Mitsubishi Mirage.

No
word on whether the 4G63 helps the Mirage go where no Ford Falcon has
ever gone before. We’d like to see the Australian model (the girl and
the car) in this ad try the parallel parking trick without power
steering.

Big thanks to slowcarSLOW-MPGlol to sending in this tip complete with a functioning story to surround the images!