The 116 series Alfettas were the replacements to Alfa Romeo’s long running 105/115 series Berlina and GTV.  Alfa built prototype Spiders based on the 116 series platform, but the Spider carried on with the 105/115 series platform until 1992.  The Alfetta’s use of a de Deion rear suspension and transaxle harked back to the 1950’s Alfetta Grand Prix racers, hence the use of the storied name.  They were sold in the US as the Alfetta Sedan and Alfetta GT until 1977, when badges were changed to Sport Sedan and Sprint Veloce, since Americans seemed to think Alfetta meant “little Alfa”. Alfettas don’t get much love from the Alfisti and this ’76 Sedan is no exception.  Find this 1976 Alfetta Sedan on Craigslist in Central LA for $2,600.  Words and tip from DT reader Gianni. 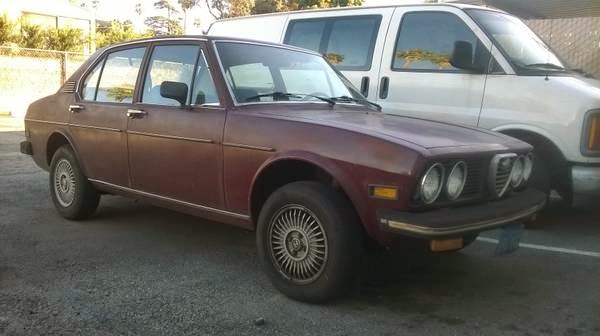 The Alfetta debuted in Europe in 1972 and in the US in 1975.  The cars
in the US were sold with the 2 liter Alfa Nord DOHC engine with SPICA
fuel injection.  It’s hard to tell if the car is in AR509 “Rosso Amaranto, but extremely faded or has been treated to a coat of red oxide primer. They do mention it needs work cosmetically and include some photos of typical rust areas, but they are such a poor quality, you’d want to see them in the sun light. 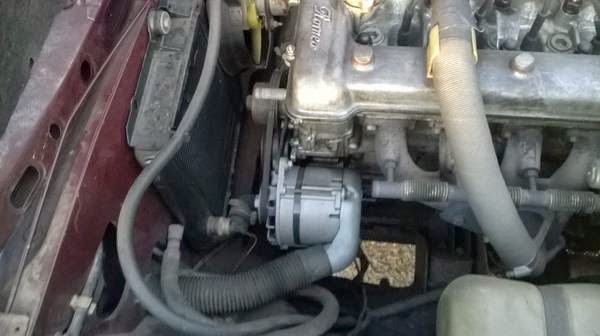 The car is said to run good, and it still uses its original SPICA fuel injection system along with the US emissions air pump system used before Alfa Romeo started using catalytic converters in 1978.  Most cars by now have had the air pump removed, the exhaust manifold with the air injectors removed and replaced with a pre-75 manifold and the hose and snorkel from the SPICA intake replaced. 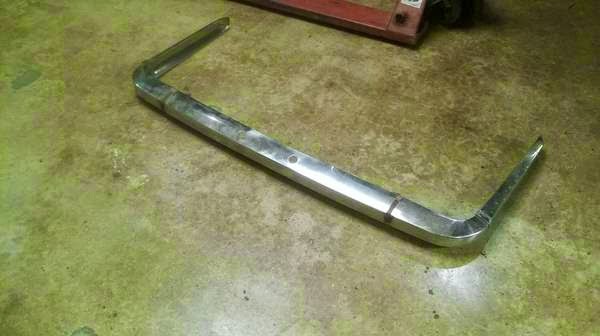 Additionally the seller is including extra bumpers to replace the 100lb US crash bumpers on the car, although they
look like 115 series Berlina bumpers.  No interior shots are included in the ad, so you must assume
a family of raccoons has been living inside. 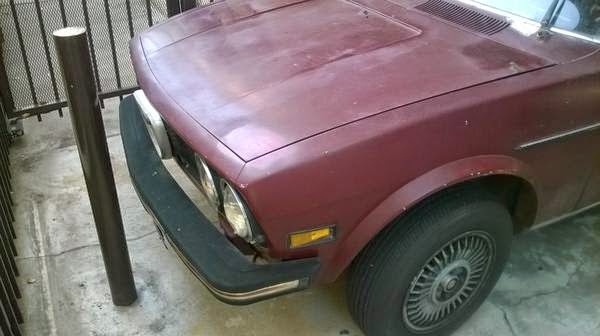 See another tiny Alfa about to hit a post? Send it here: tips@dailyturismo.com

Huge thanks to DT reader/contributor Gianni for finding and writing up this beast!  Well done!