The Mazda Cosmo was first released in 1967 as a halo car for Mazda and looks like a million bucks probably would cost that much too if one every came for sale, but Jay Leno probably isn’t going to sell the only 1G Cosmo known to survive in the USA..  Unfortunately the 2nd generation Cosmo (known as the RX-5 and released in 1975) wasn’t quite such a looker and could easily be mistaken for a number of Japanese coupes from the same era, but that doesn’t mean it isn’t rare or worth a second look.  Find this 1976 Mazda Cosmo offered for $2250 in Surrey, NV via craigslist.  Tip from John. 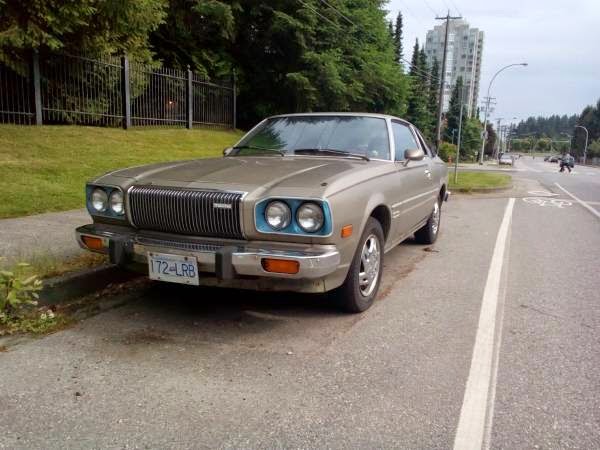 The first generation Cosmo may be a supernova classic, but the RX-5 Cosmo barely makes a blip on the collector telescopes around the country.  On the other hand…that means you can pick one up for cheap, but only if you find one first, they don’t just fall off trees like MX-5s, for instance. 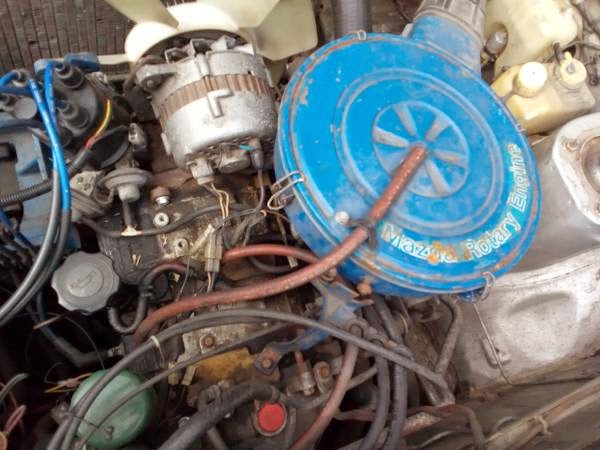 This 2nd generation Cosmo is powered by the Mazda’s 13B rotary engine, displacing 1.3 liters with 2 rotors and good for 113 horsepower and 122 ft-lbs of torque.  Don’t expect to win any intergalactic tractor pulling competitions anytime soon. 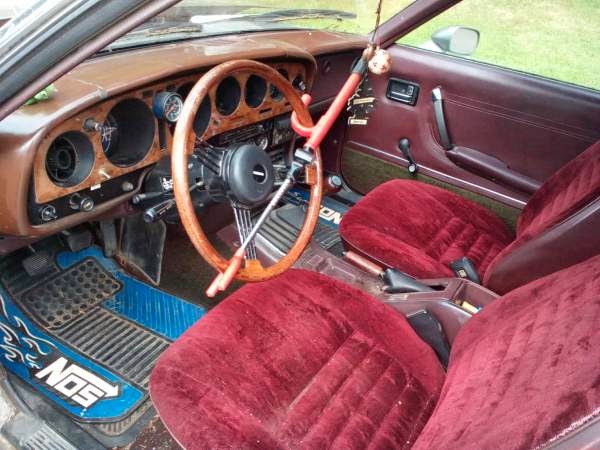 NOS baby, its got NOS!!  Actually, those are just some cheap PepBoy floor mats thrown in for fun, but the rest of the interior looks fair for a driver condition car. The biggest concern about this old thing is what looks like terminal rust in the rear hatch — better do a thorough inspection with a big screwdriver when you come to look at this thing.  See another Cosmo in the cosmos?  tips@dailyturismo.com