We got a note the other day from DT regular AbnMike who says:

This feature falls somewhere between a tip and a seller submission, but we’ll give it the new sub mission badge because it looks sweet.  Find this 1968 Ford F250 Camper Long Bed Truck offered for $2,200 in Bernal Heights, CA via craigslist. 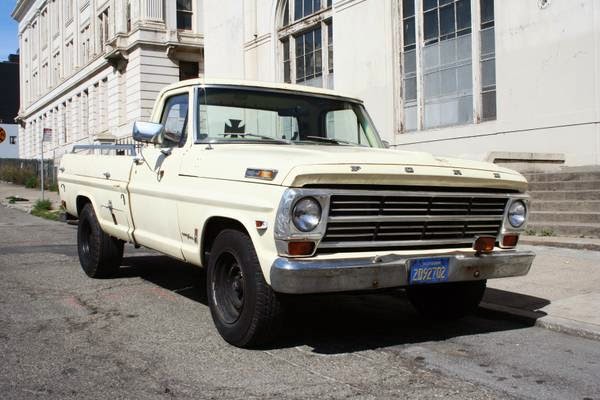 The seller of this F250 seems to have a good sense of humor, especially when he writes:

If you’re looking for a nice tidy truck for your commute down to Cupertino, this ain’t the truck for you, in fact do yourself a favor and just stop reading now, I don’t want you to hurt yourself.

If you’re looking for a truck to hang fake balls off the rear bumper, this ain’t the truck for you, instead, you’re gonna need a real pair of big ass balls to drive this bad boy. In fact to even be considered for to own this truck, you need to be able to prove that someone, somewhere has described you as a “Manbeast”. Now I know some people might thing that’s a sexist thing to say, so let me also say that this steel monster will also appeal to a special kind of woman, and the girl who shows up in this truck is gonna bring in the kind of cowpoke who’s good with a rope (as they say).

It isn’t as over-the-top as some of the recent craigslist ads that are essentially big foul-mouthed rants that are an attempt to drive an ad viral so that the car fetches top dollar.  The asking price on this one isn’t top dollar by any stretch of the imagination — $2,200 doesn’t buy you much these days. 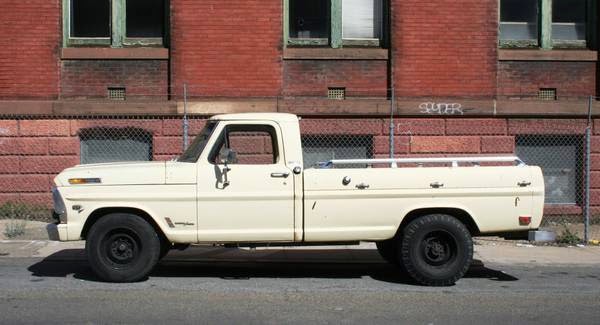 The Ford 390 cubic inch big-block V8 should be able to pull heavy loads, chirp the tires and return low double digit fuel economy – but don’t expect to win any drag races against any GMC Syclones.  Demolition derby survival is another story all together.  It you live in an area with surplus parking (i.e. not San Francisco) this would make a cheap extra car for weekend trips to Home Depot. Yeah, buy some wallpaper, maybe get some flooring, stuff like that. Maybe Bed, Bath, & Beyond, I don’t know, I don’t know if we’ll have enough time. 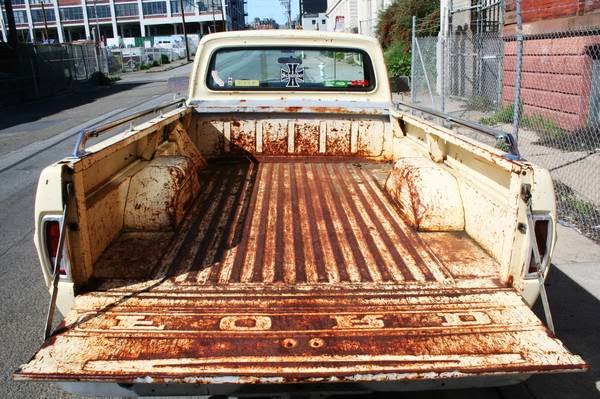 See a cooler low-buck work truck?  Got your own to sell? Send us a link – its free.  We promise we will make fun of it.  tips@dailyturismo.com