This little red 1972 Toyota Celica ST looks to have survived better than 95% of the 1st-generation Celica population, and it’s even a nonoffensive color (red) without a kitschy vinyl top, to boot. It’s currently not running and the seller uses that infamous term that makes our inner gearhead chuckle a bit every time we hear it: “ran when parked.” The seller claims only 60k miles on the odometer and is asking the bargain basement price of $2000. With the popularity of vintage Japanese cars or “J-tin” on the rise, and the simple RWD nature of the early Celica, we think this one’s worth a closer look. Find it here on craigslist in Tucson, Arizona. 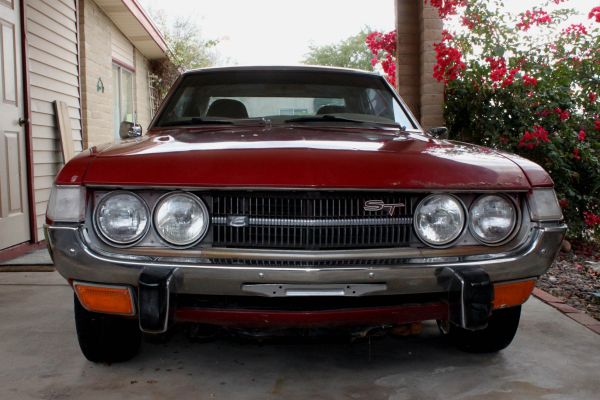 We love the styling on the original Celica; distinctively Japanese yet proportioned with an eye towards ’60s and early ’70s American pony cars. This one has its “smiley” bumpers intact, yet they seem to be fitted with the rubber guards mandated by US federal crash regulations and first included on the Celica in 1974. Is this a ’72 with later bumper guards added, or a mis-labeled ’74? Also – there appears to be some rust bubbleage starting on the front edge of the hood but if caught early and repaired it could be a minor issue especially since the car is from a dry, dry desert climate like Tucson. 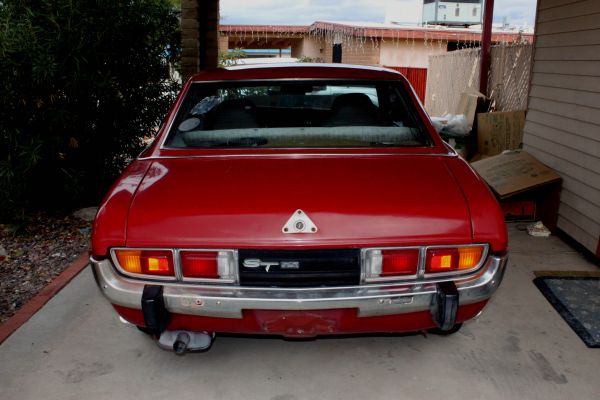 Around back we can see that someone has fitted an aftermarket lock plate to the trunk lid, maybe as a repair for a jimmied-open trunk at some point. Apart from that, the rear end looks clean, straight, and complete. The interior of this RA20 coupe has seen better days, but doesn’t look beyond saving. We wonder if the strange cloth pattern was an original option or a later reupholstery job. Either way – it looks serviceable but should be cleaned up after four years of sitting. We’re happy to see the period correct lace-on steering wheel cover is alive and well in this one. 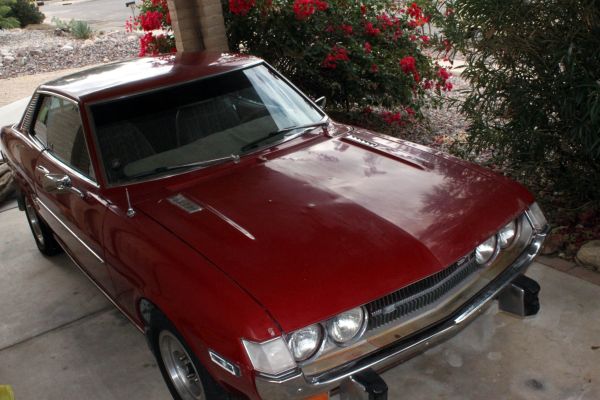 From this angle we can see a few bumps and bruises in the hood, but for $2k we wouldn’t complain much if the car can indeed be made to run easily. Figure on a full fuel system clean-out, some inevitable wiring issues, a new battery and tires at the least. Another thing – the seller states this has a 5-speed manual, but the pictures show ST badges, which was the lower trim level with a 4-speed as its manual trans option. Has the original trans been upgraded? 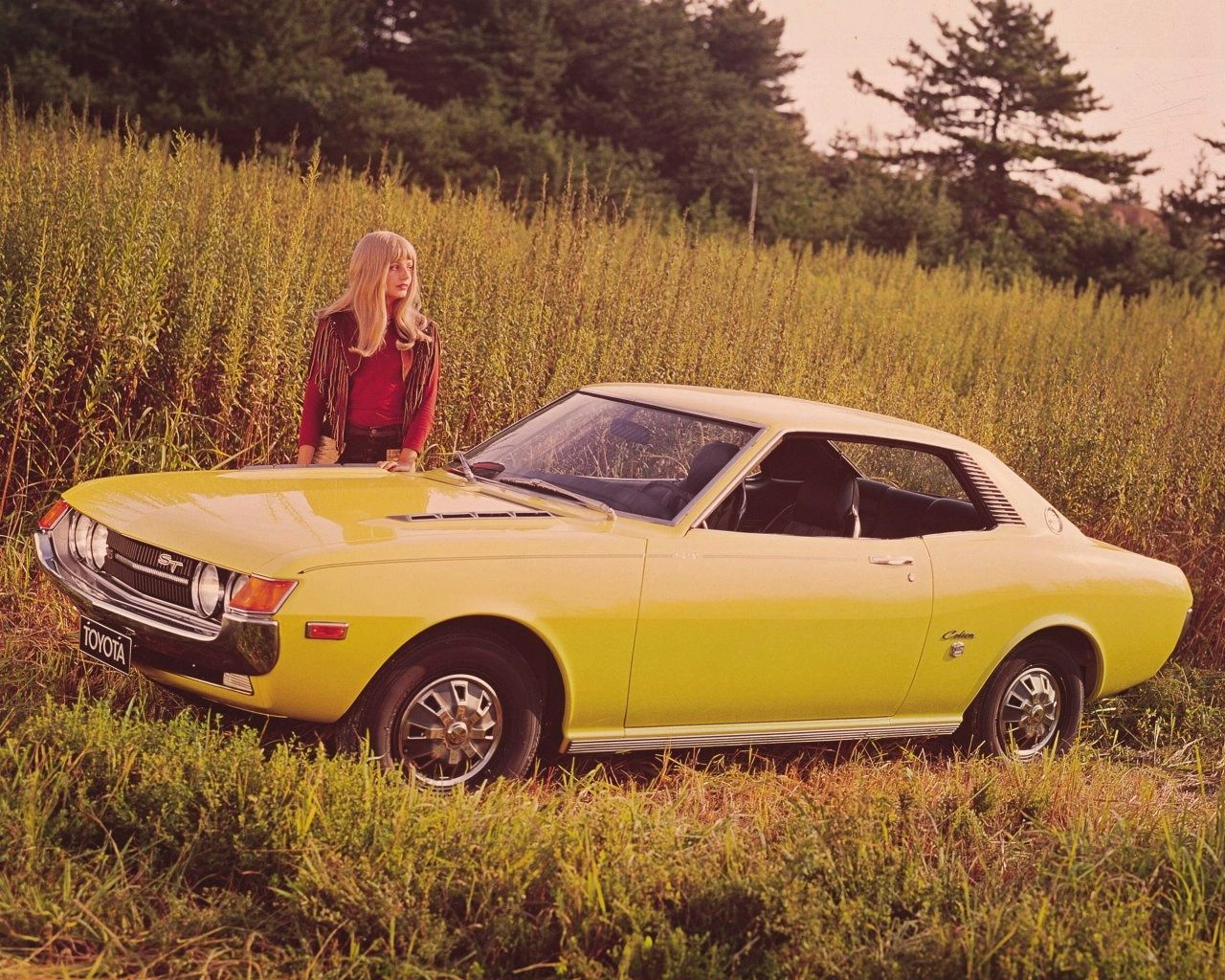 Since we are now pining for an early Celica again, but don’t have any room in the schedule or DT secret storage facilities for another project car at the moment, we’ll have to stick with daydreaming and staring at this blonde in a field who seems less than interested with the screaming banana yellow be-hubcapped Celica ST in front of her. Aaaah, the ’70s.

Find a cheaper cleaner old Celica (running or not)? Email us here: tips@dailyturismo.com