This next featured car brought back memories of a trip to a small museum when I was visiting Lausanne, Switzerland.  The Collection d’Art Brut Lausanne houses the world’s premier collection of art brut, sometimes known as outsider art, the idea being it was created by folks who were never trained in any form of art.  Why was I, a sworn realist who considers impressionism to be a modernist deviation from proper art, visiting a collection of art created by the mentally deranged? That is not important to this story, but deep within the collection, housed in a second floor display lie the works of a reclusive custodian named Henry Darger Jr.  When Mr. Darger passed away, it was discovered that he had written a 15,000 page manuscript titled The Story of the Vivian Girls, in What is Known as the Realms of the
Unreal, of the Glandeco-Angelinian War Storm, Caused by the Child Slave
Rebellion.  Some of the manuscript was in the collection, but more notably (and haunting to my delicate psyche) were the hundreds of illustrations for the novel.  Most of these illustrations were detailed watercolors of small hermaphroditic children engaged in activities like dancing through forests or battling to death with swords, pretty standard stuff for a serial Megan’s Lister.  Don’t click on the above link, unless you want to be seriously disturbed…oh…sorry…should I have mentioned that sooner?  Anyway, when you consider that some of Mr. Darger’s art has sold for big money, then this next Volvo is a serious buy for the budding art brut collector.  Find this 1987 Volvo 245DL Wagon offered for $1200 in Austin, TX.  Tip from FuelTruck. 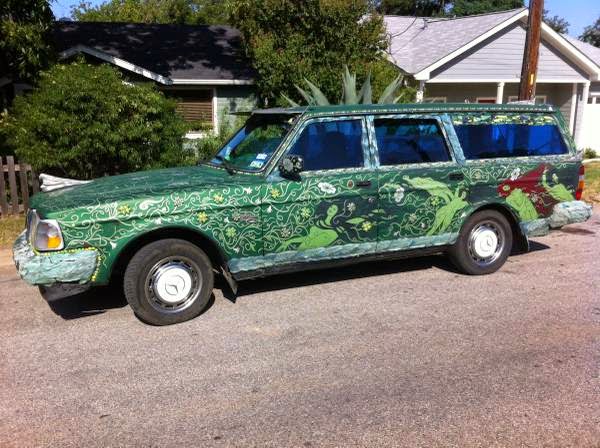 Even in Austin, which is the Berkeley of Texas, you gotta believe this car gets pulled over regularly for suspicion of illegal consumption and/or transportation of certain herbal remedies.  The Mercedes wheels are an odd standout in what is otherwise a serious buffet of green hued accoutrements. 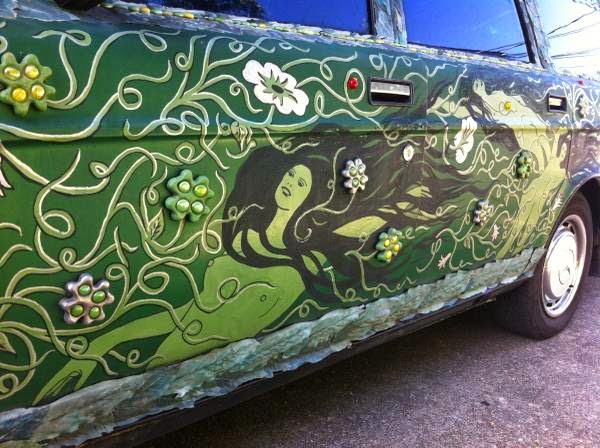 Floating green naked goddesses cover the sides of the Volvo like a mermaid from the land of Oz or some kind of disturbing fantasy from the Incredible Hulk.  What kind of a person would want to be seen driving around in this thing? 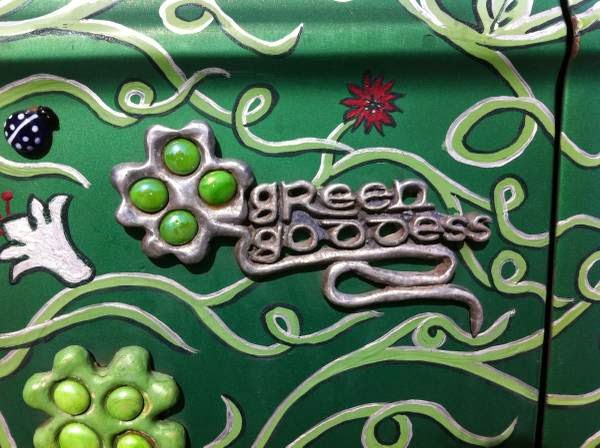 Typically these sort of art-cars are the works of a weekend’s worth of fun by college students, but this one seems to have been given a much stronger effort and includes custom badges that read “green goddess.” 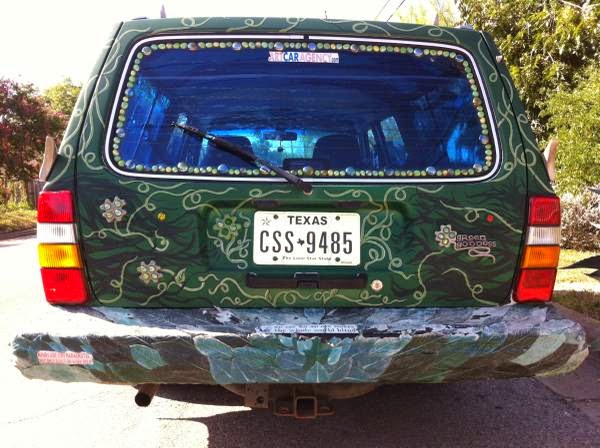 See a better ride for Swamp Thing on a budget?  tips@dailyturismo.com