Okay before the hate starts pouring in (re; Thorsday badge), we have to admit that Dutch people are in fact not Scandinavian or even Nordic.  The Netherlands is located in geographically speaking in the nether-regions of Nordic Europe…well..due south of Denmark (home of Lego) and is home to PACCAR subsidiary DAF Trucks, which many years ago dabbled in small economy cars for the European market.  Confused? Don’t be.  It is very simple.  DAF was a company founded in 1928 under the name Commanditaire Vennootschap Hub van Doorne’s Machinefabriek and the 66 SL is a small economy car built in the Netherlands  (sometimes mistakenly called Holland, which is a region in the Kingdom of the Netherlands) during the 1970s by Dutch speaking Dutch folk (not Danish speaking Danes – they build Lego cars in Denmark and bake those delicious Danish butter cookies sold in large tins).  Find this 1973 DAF 66SL right-hand-drive for sale in Granite Falls, WA for the bargain price of $2450 via craigslist. 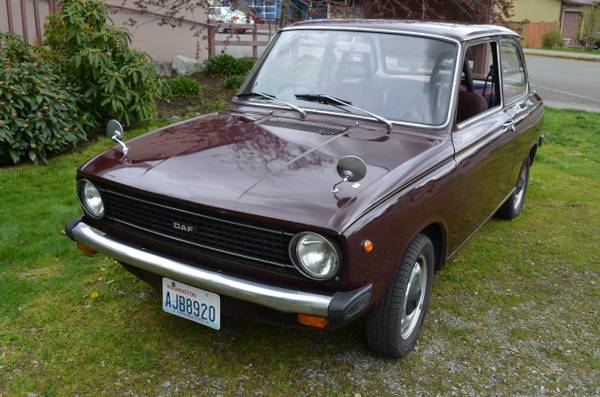 This little DAF won’t be a corner carving apex machine or a pavement melting burnout beast – but it offers a lot of cool/rare factor for a song/dance.  You will have people asking you what it is everywhere you go and probably offered to help push it up hills. 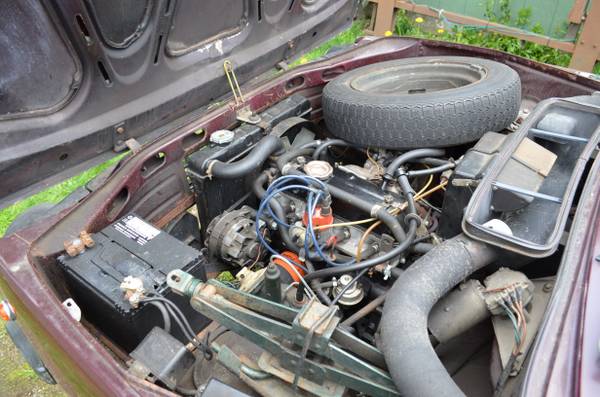 The DAF 66 is powered by a 1.1 liter inline-4 that puts out 53 horsepower and is mated to the novel Variomatic belt-driven transmission.  Early versions of the DAF CVT (continuously variable transmission) used two separate pulley/belt systems on each rear wheel, resulting in fantastic traction/differential performance in low traction environments, but by the time the 66 was released DAF had changed to a single belt/pulley and standard style differential.  The Variomatic system was later used by Volvo after it purchased DAF in 1974. 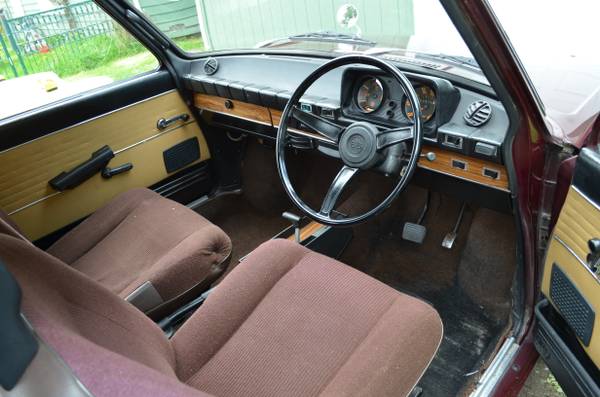 This little coupe is in great shape for the asking price and our biggest concerns would be the ability to find and source wear items in the USA.  This would have been a huge hassle years ago, but with cheap international shipping and the interweb, we wouldn’t think twice about using this car as a mild weather daily driver. 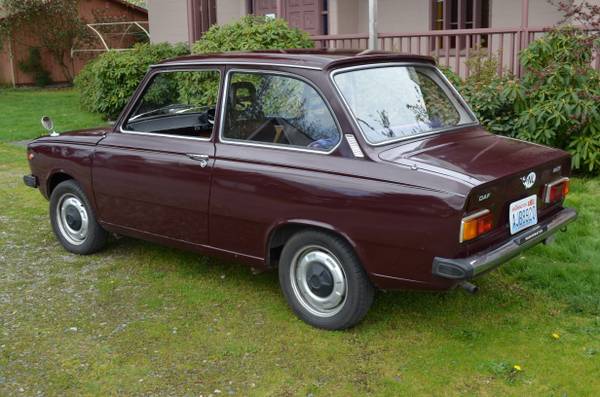 Is it possible that $2500 is all it takes to buy a rare and fuel efficient oddity or have we gone daft?  A quick nationwide search for other DAF automobiles netted us nothing except an old Dutch Military Transport vehicle being sold for scrap.