The Bricklin SV-1 was a short lived Canadian built ‘sports-car,’ the creation of a millionaire dreamer Malcolm Bricklin and designed by noted 60’s Batmobile designer Herb Grasse.  The story of the SV-1 sounds a lot like the DeLorean – motivated rich/famous dude thinks he can build a car better than 1000s of engineers at major automotive company and the resulting car is lauded by the press as visionary but ultimately a tremendous flop…hey, did someone just mention Tesla…how cruel…This 1976 Bricklin SV-1 (the name means Safety Vehicle One) is  for sale in the Big Easy for the bargain price of $1999 via craigslist. 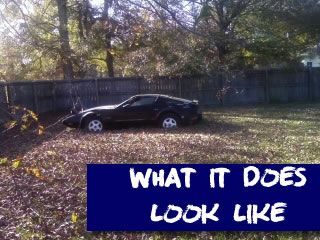 We really can’t say that we’ve seen a more awesome set of photographs in a car advertisement.  Most sellers include a few images that are ‘descriptive’ of the car’s condition, but this ad’s what it does look like and the what it can look like pics are unique.  Expect this one to be a project with a capital P. 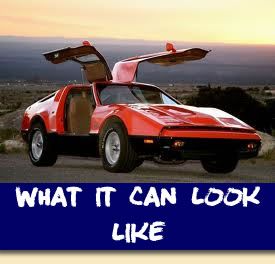 The SV-1 was powered by a 5.7 liter Ford 351 Windsor V8 – which made almost 300 horsepower when this car was conceived on paper but smog choked back to 144 horsepower by 1976, becoming an actual anchor for this fiberglass speedboat.  Similar to the DeLorean (cough…cough…Tesla) a construction method that results in an extremely heavy & shoddily built vehicle powered by a dog of an engine equals a performance disaster.  The only reason we are posting this SV-1 is because it is dirt cheap (and buried in dirt) for a rare car.  If you are concerned about Mr Bricklin’s fate after the failed SV-1, rest assured knowing that a few years later he founded Yugo of America and started importing another of the worst cars of all time…Yugo of America went belly up in 1991, but Mr. Bricklin continued to plague the American consumers by trying to import the Chinese made Chery, which ended in tears and lawsuits in 2006 when Mr Bricklin discovered that a contract with a Chinese government run auto company doesn’t actually mean anything.  Don’t worry, today Mr Bricklin is still fabulously wealthy and is now trying to built a line of PHEVs (plug-in-hybrid-electric vaporware.)

See another failed experiment from rich dudes who know more about cars than rooms full of engineers? email us here: tips@dailyturismo.com