The Austin-Healey 3000 was an inline-6 powered sportscar built in Britain and known as the last of the line for the Big Healeys.  Bodywork was custom fabricated by Jensen Motors and final assembly was done by craftsmen at the Abingdon Works, and today they are worth quite a bit when in good shape.  Find this 1959 Austin-Healey 3000 with Ford V8 offered for $16,548 located in Tucson, AZ via craigslist.  Tip from JAS. 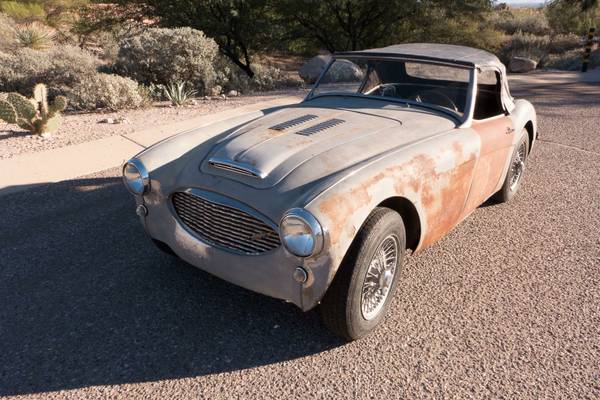 The Austin-Healey joint venture was formed in 1952 when Donald Healey decided he wanted to produce something more affordable and accessible that the one off specials he built out of an old RAF hanger in Warwick.  The 3000 can probably be called the 3rd generation of the original Austin-Healey 100, but these big inline-6 powered machines are famous for racing wins by the factory and at the hands of privateers. 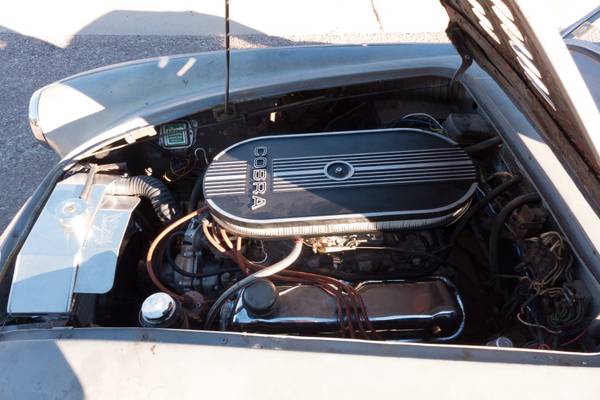 Today’s Big Healey is powered by a Ford 289 cubic inch V8…which draws instant comparisons to the Shelby Cobra and Sunbeam Tiger.  Despite the ragged condition of the exterior, the seller claims that the engine has been rebuilt and runs excellent. 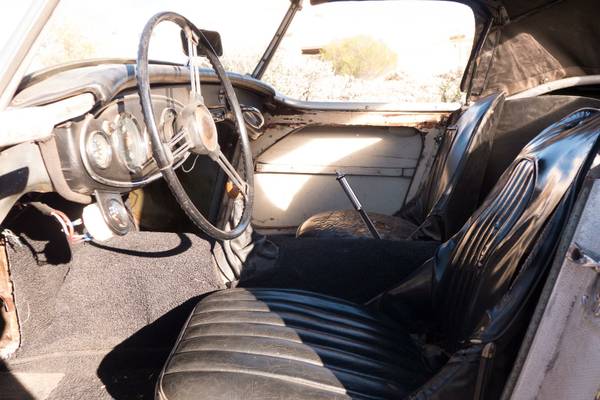 Here is where we could take stock and figure out if it would be worth the time/effort to restore and repaint this classic…but…BUT..imagine what a sweet ugly duckling this car would make — leave the exterior alone, tune up the engine and just drive it…everyday.