Regular readers of the Daily Turismo will be shocked to find a legitimate supercar being featured at our site – mostly because they are way too expensive, but for those who are happy with mid engine and 2 seats, you can’t get much more bang/buck than the Acura NSX.  The NSX was manufactured by Honda and sold in it’s Acura dealers from 1991-2005 and today can be purchased for about the price of a new Civic.  This 1992 Acura NSX Coupe is for sale in Los Angeles, CA for $25,000 buy-it-now on ebay with 2 days to go. 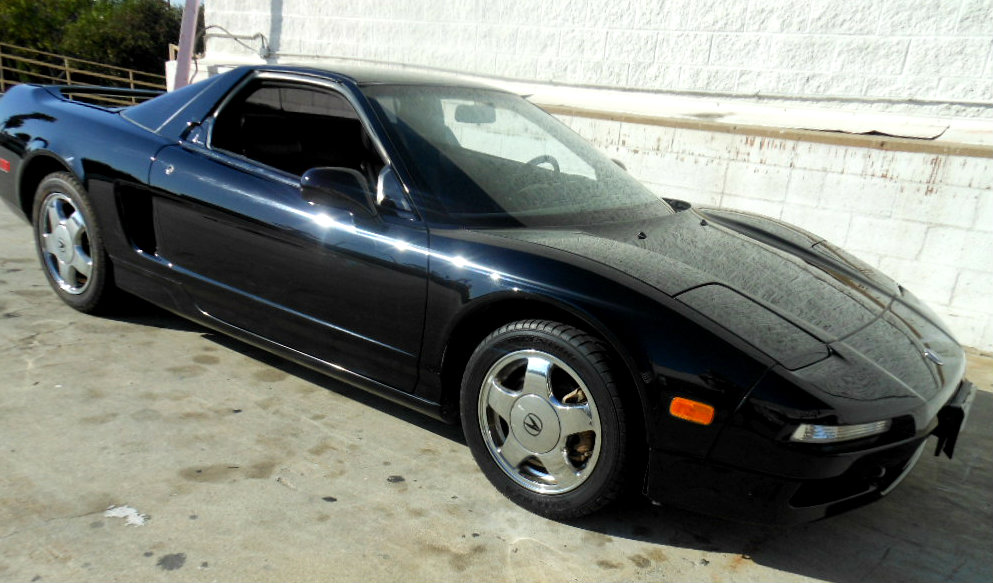 The original Honda supercar concept was designated the  HPX (Honda Pininfarina eXperimental) with exterior styling from the legendary Italian design house Pininfarina.  Later the name changed to the New Sports eXperimental (NSX) and featured the worlds first all-aluminum monocoque body – an unusual result from an automaker that built its reputation on boring and reliable.  But Honda has always had a lunatic streak compared to it’s boring brother Toyota and the NSX was meant to be a halo car taking the best they learned from Formula 1, building Jet airplanes, etc.  Today the NSX is still a stunning beauty and can be purchased for pennies compared to its Italian contemporaries. 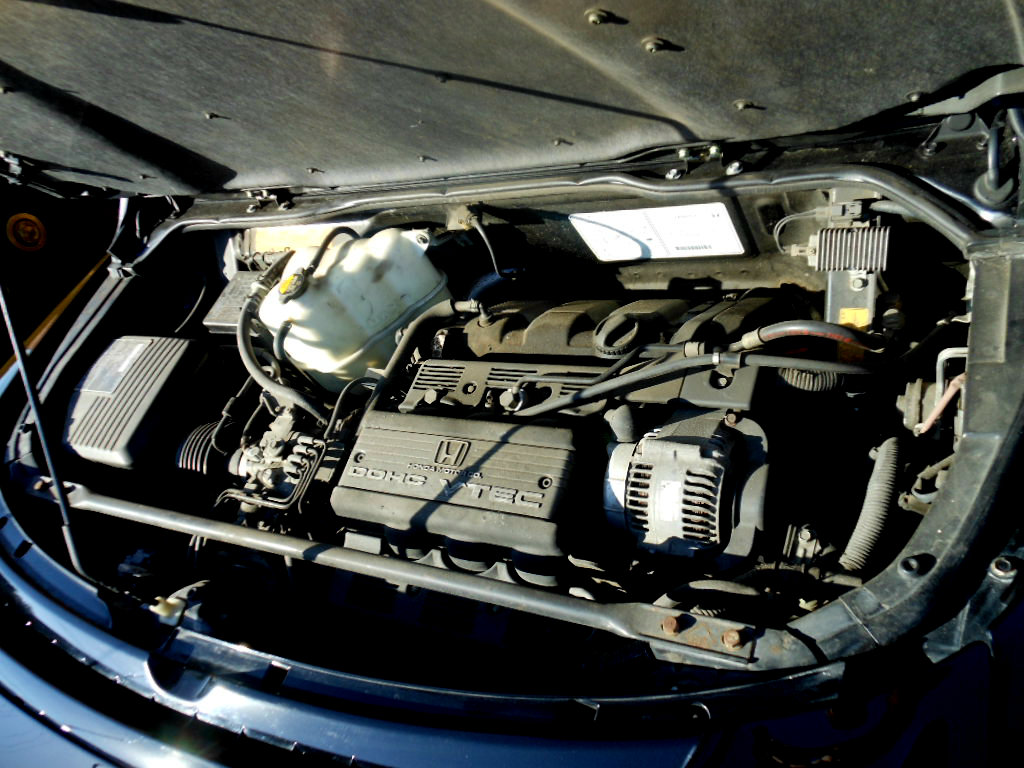 The NSX is powered by the C30A, a 3.0 liter all-aluminum DOHC V6 with Honda’s variable valve timing system (VTEC, yo!) that puts out a respectable 270 horsepower and 210 ft-lbs of torque.  The C30A has a few tricks up its sleeve, such as titanium connecting rods and an 8000 rpm red line.  The only real complaint is that it isn’t a particularly exciting engine – no crazy V12 sounds from the exhaust and too easy to drive at any speed. 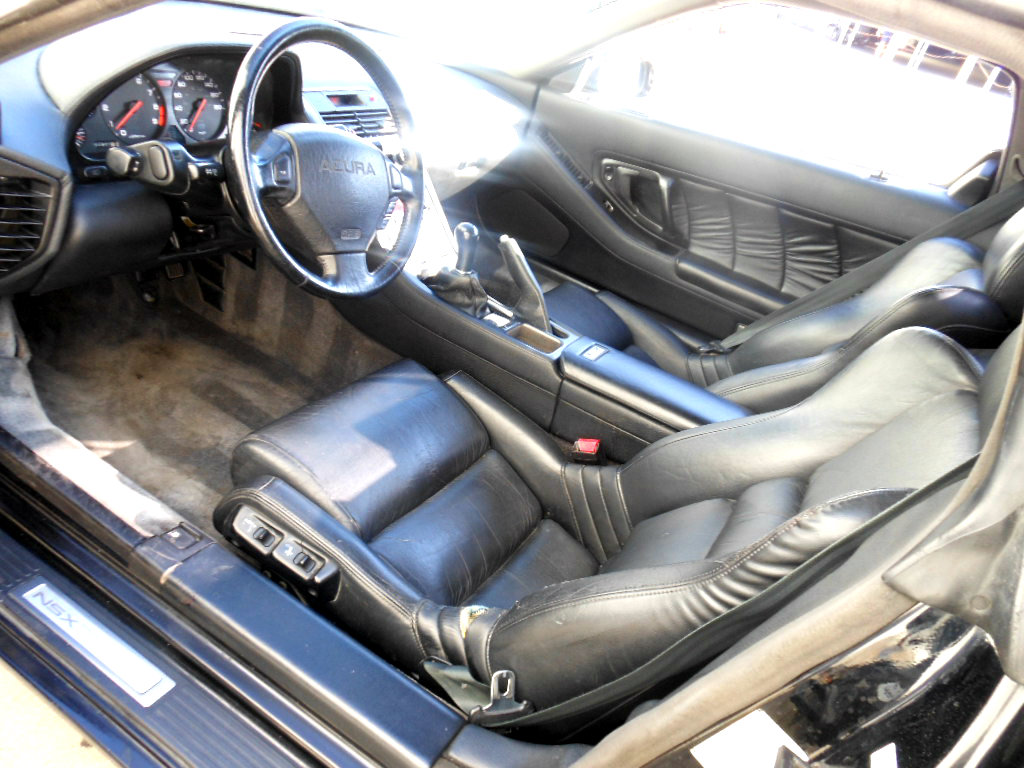 Driving an NSX is an easy task – it really feels like driving a low Accord and is the most user friendly supercar built.  However, don’t think it is just a car for poseurs – as famed F1 legend Ayrton Senna owned two of them and lavished praise on their handling dexterity.  He also criticized the early car’s chassis rigidity and Honda fixed it for the later cars, but this 1992 model still has the early flexible chassis. 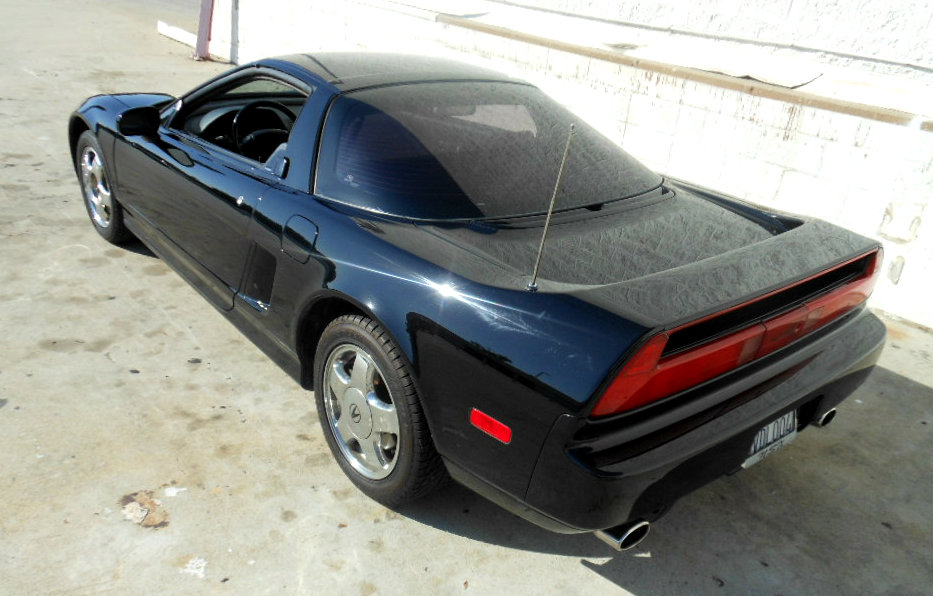 The NSX walked a line between exotic and plebeian   Its could be argued that it is the best car to ever come from a Japanese manufacturer (sorry Lexus LFA – you are a car show queen with an open differential) and today the prices are probably at their lowest point.  Bottom line, we can’t think of a better way to spend $25k to get a supercar.

See another supercar for cheap?  email us here:  tips@dailyturismo.com