What’s better than your average BMW E30? A 4-door E30 with moar power, of course. Although this car is sporting two more cylinders than it left the factory with, just like yesterday’s V8-swapped 325e, I’d reckon that it’s the smarter solution. It started life as a lowly 318i 4-cylinder and has now inherited two more slugs from an E36 offspring – a 3.2L M3 to be more precise. . Find this S52-swapped E30 4-door for sale in New York’s Hudson Valley for $8,200 via craigslist. 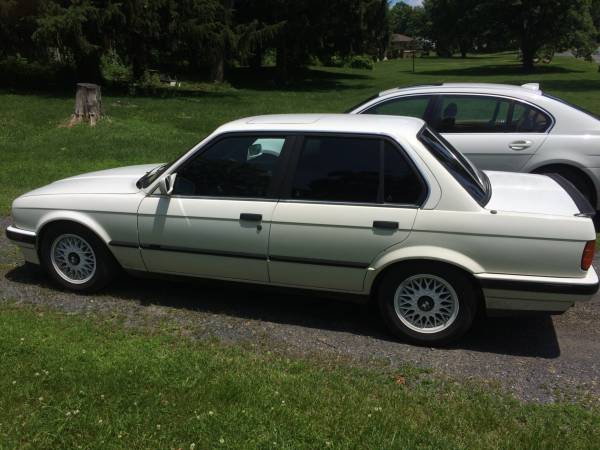 From the factory, the S52B32 put out 240 hp at the flywheel with a diesel-like 236 lb-ft of torque available most anywhere in the rev range. Already we are doing 15% better than yesterday’s M60B30 – at 3.0L a smaller displacement, but heavier and more complex V8 (and my google-fu tells me the S52 should be about 30 lbs lighter than the M60 – both have iron blocks and aluminum heads). 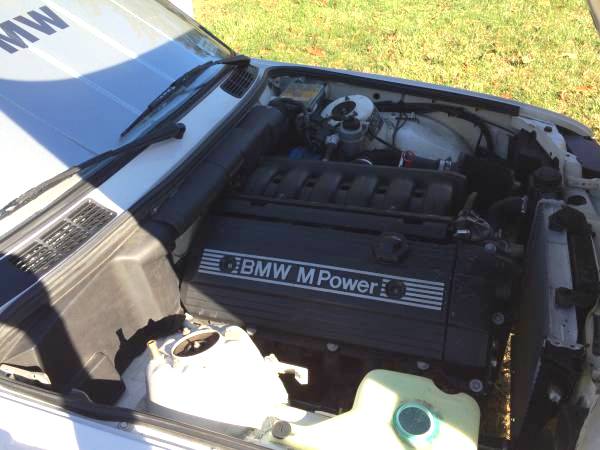 Besides being an inline six which is well known to be the immaculate conception of Ferdinand BMW himself, the S52 is an imminently more modifiable platform to start with than the luxo-barge-spec M60. Yes, it’s the toned down single throttle body US version of the E36 M3 engine, but it still enjoys the fruits of being one of the top dogs in BMW’s penultimate inline six engine families. Cams, pistons, manifolds, valves, engine management – all are just a click or junkyard excursion away, and most parts interchange across the entire M50 – S52 family, allowing hobbyists to tailor their engine build to particular tastes. 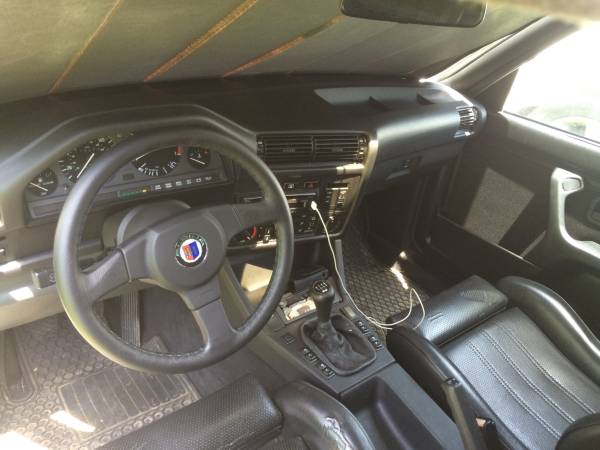 The seller doesn’t grace us with too many photos, but from what is shown the car looks clean and straight enough in that classic bar of soap Alpine White paint job. There is no claim in the ad about the engine being rebuilt, yet photos are included of a bare block and shortblock assembly, presumably the one swapped into the car. The interior looks better than the average sweatsock / nutsack theme that permeates most E30 cabins by now, with lightly worn sport seats, a new OEM dash, and fresh Alpina steering wheel, all in down to business black. 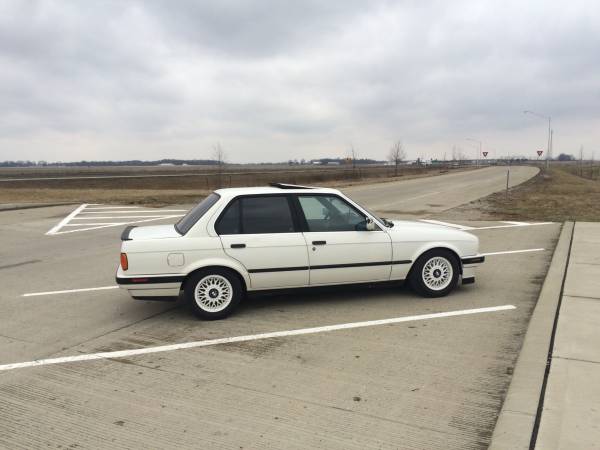 When we’re talking about modifying a light, well balanced, sporty car like an E30 (or Miata, or Cadillac-powered Beetle…wait, scratch that last one) – retaining that inherent balance and responsiveness should enter into the conversation, and I think this builder has kept true to that ideal. Sure, you could build a 1000hp drag monster E30 that barks and spits flames like a Balrog on meth, but why? I could stick my finger in an electrical socket to find out what happens…but some things are best left unrealized.