The fourth generation Mustang was internally designated the SN-95 and continued the tradition of V8 powered 2+2 performance that was first launched in 1964 with the first generation Mustang.  The SN-95 generation was refreshed in 1999 with what was called the New Edge styling, a corporate make-over of Ford’s product entire product line in a stealth plane style.  In 2003 Ford finally introduced a Cobra that was worthy of the tribute to Carrol Shelby’s original Cobra Mustangs…also known as the Terminator.  Find this 2004 Ford Mustang Cobra for sale in North Austin, TX via NASIOC.com forums and craigslist. 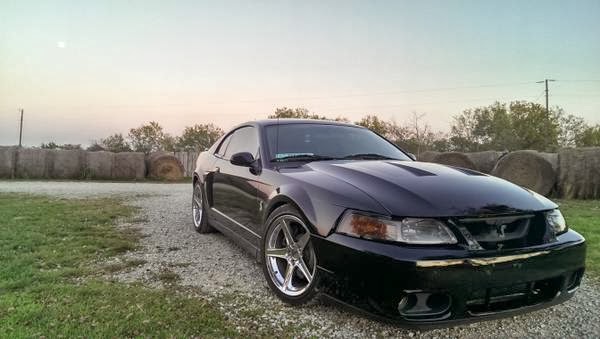 You wanna go fast? Really fast?  The 2003/2004 SVT Cobra earned its nicknamed as the Terminator because it is stupid fast from the factory and can be boosted further with ease.  Zero to 60 mph is put away in 4.5 seconds and the 1/4 mile is stuffed into a 12 second sack at 110 mph.  This is seriously fast for a street legal and factory spec car with room for four adults. 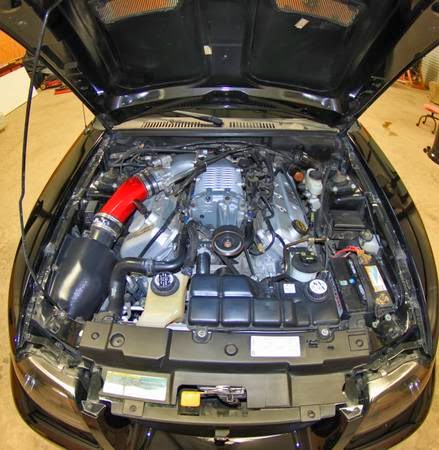 The key to the Terminator’s speed is in the 4.6 liter DOHC iron block V8 that is boosted with an Eaton roots type supercharger.  The factory 8 psi of boost pushes out 390 horsepower and 390 ft-lbs of torque into a 6-speed manual gearbox (no auto was available).   The Terminator is slightly underrated by the factory, but a chip and supercharger pulley will push the car into the 400 wheel-horsepower range with ease.  Order real tires in bulk to get a discount. 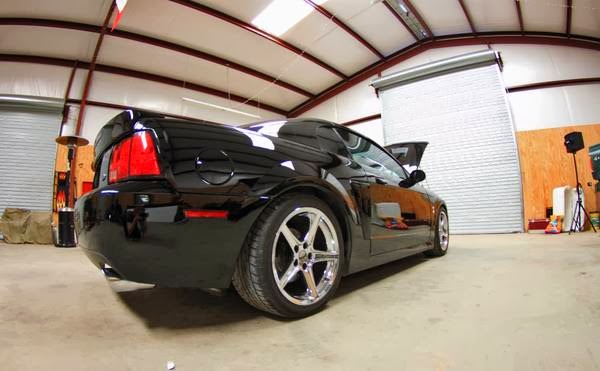 What is up with all the fish-eye lens photos?  I can’t tell what the heck is going on!!  See another black speed machine? tips@dailyturismo.com