This next feature comes from regular tipper Andy L who writes:

Dear Staff at Daily Turismo, Your sweet
GMC motorhome feature jogged my memory of another vehicle I had seen a
long time ago.  The attached link is an ad for a rare and unique vixen
motorhome.  You may or may not have heard of these, but they seem to be
pretty collectable.  Find this 1987 Vixen Motorhome offered for $21,000 in Lake Havasu, AZ (home of the infamous London Bridge that was transported from the Thames to a canal off the Colorado River brick by brick in 1971). 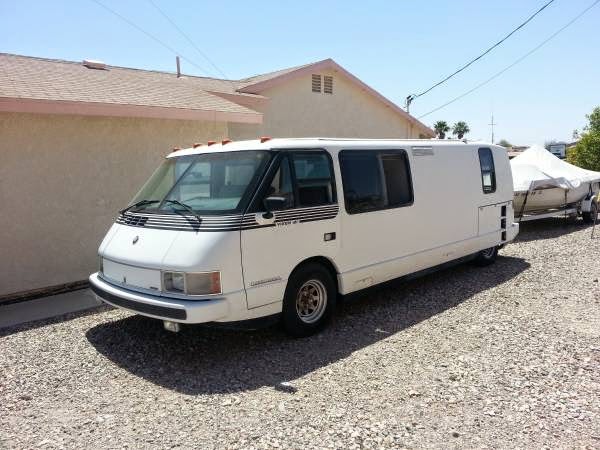 Andy continues with a great description…

According to Wiki, there were 587 built from 1986-89
in Michigan and featured a BMW turbo I-6 and standard transmission for
motivation.  At 6′ high and 21′ long, they were fit for storage in a
garage and featured a roof that was hinged on one side to allow standing
room.  The attached photos (not from the ad) show how the inside looks
with the top popped.  You can also see there is a no-nonsense feel from
in driver’s seat, and it was marketed as a driver’s RV. 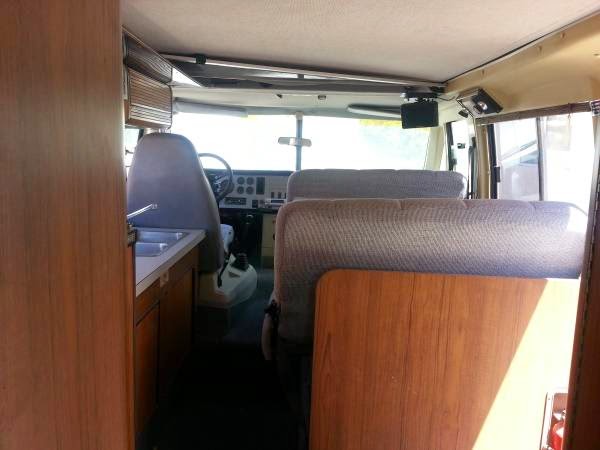 At 24 MPGs, the
Vixen’s fuel economy is a vast improvement over single-digit
competitors with similar amenities.  At the campsite, the Delorean looks
might get you all the attention you want and then some.  In any case,
this camper could be a chance for a collector car buff to explore his or
her RV hankering in comfort without facing a big depreciation hit.

Thanks for the writeup Andy! 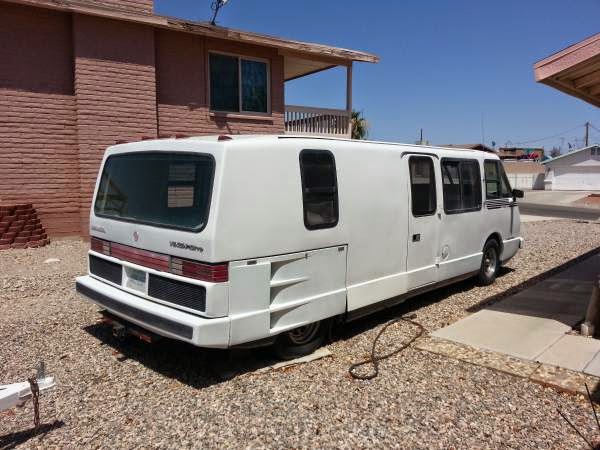 The Vixen is powered by BMW’s M21 inline-6 turbodiesel rated at 114 hp and 162 ft-lbs of torque which won’t make it a hill climber, but the fuel economy should be great.  See another wacky motorhome that might be collectible sometime in the future? tips@dailyturismo.com