The old formula of letting the engineers run a development program without bean counter or marketing oversight has resulted in some seriously sweet rides in the 1990s, such as the Mazda MX-5 and Z06 Corvette.  Unfortunately, the loonies running the asylum approach has also resulted in some abysmal if interesting rides..such as Chrysler’s Plymouth Prowler.  Find this 1999 Plymouth Prowler offered for $23,500 in Honolulu, HI via craigslist. 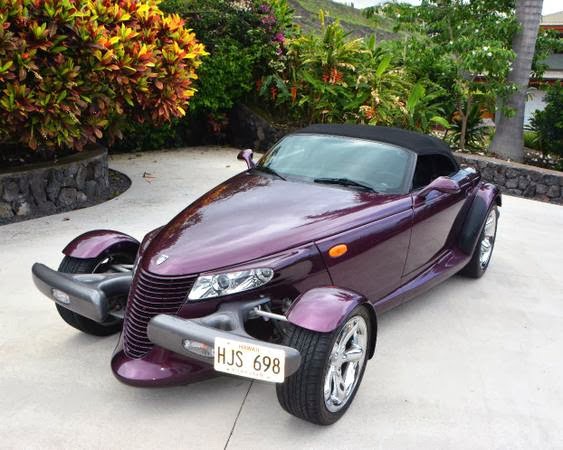 Perhaps abysmal is a harsh term for car that has maintained value like nothing else on the market, so clearly there is a demand for the hot rod shaped product of the often maligned Daimler-Chrysler era.  The retro-syled coupes never seem to have more than a few miles on the odometer and maintain a surprising percentage of the original $40k MSRP for a 15 year old car. 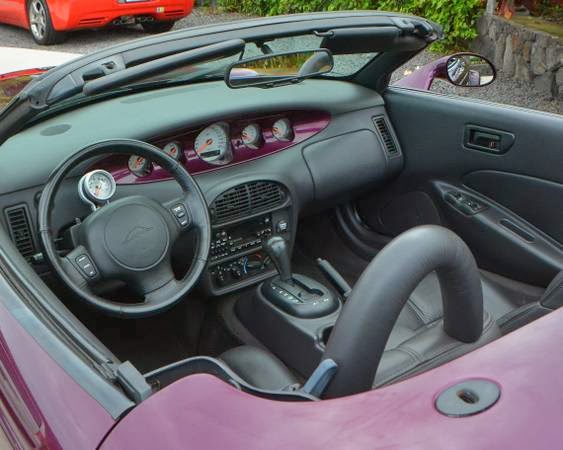 The Prowler is powered by a…gasp…V6 (to really capture the style of a hot rod you would have expected Chrysler to source GM 350 cubic inch V8s…but…that would have been silly) that displaces 3.5 liters and makes 253 horsepower and is mated to a 4-speed automatic transaxle mounted in the back for better weight distribution.  The lack of an available manual gearbox didn’t hurt sales of a car destined for mustached middle American males (and females) and a total of 11,700 of these were sold of 5 model years. 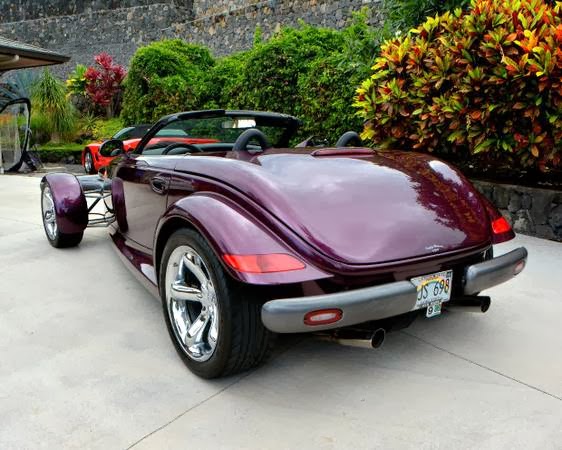 In essence Chrysler found a car that met the needs of the hot rod enthusiast who cares nothing for actual performance (or V8 noises) and just wanted something to start each time he turned the key, looks good and had a 401k ready for distributions.  Remarkable to think that this was a half a billion dollar market in the late 90s…but the facts don’t lie.