If you thought the Mayan Carpocalypse was behind us…well you’d be wrong because we spend good effort on that logo image and it won’t just be used once a year like the ill-fated loony-labor-day theme.  Here to continue the preparation for the end of days is a car built for one of the horsemen of the apocalypse – a undisclosed model year GRX Interceptor, built by Tommy ‘The Greek’ Mouzes, and now for sale in Lancaster, CA, currently bidding on ebay for $20,100 reserve-not-met with less than 1 day to go. 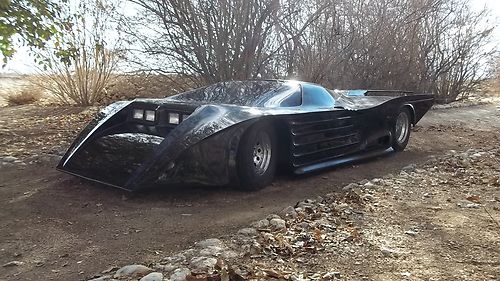 Looking one part BatMobile and one part Predator-face, this thing is quite a beast.  It was probably built around 1993 based on our research results from an Chicago Tribune article, and apparently came with a Bruce Wayne price tag of $1.8 million dollars!  That is a lot of coin for a car that the builder says he designed “from my head without even using a blueprint.” 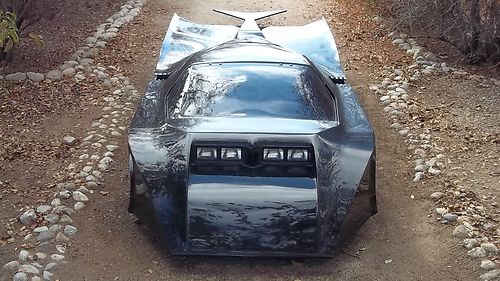 DOT regulations notwithstanding we can’t imagine wanting to drive this thing on a road or race-track, it is18 feet long and 6.5 feet wide, built from all steel panels and motivated by a Chevy 350 small block V8 putting out 375 horsepower.  It really reminds us of project GLCOAT – a future 24 Hrs of LeMons car currently under construction by the “Speedycop” racing team. 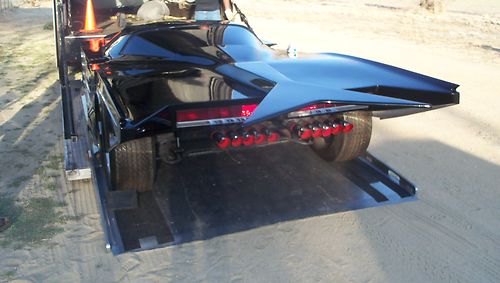 The real end seems to have been styled by the same guy who built that heinous VW beetle whale tail monstrosity.  Enjoy the non-end of the world tonight and we’ll be back with more programming tomorrow.

Don’t bother emailing us just in case the end of the world does happen, we’d not want the email packets floating around in the internet for all eternity searching for a destination.