Madeira is a small picturesque island off the coast of Portugal, known for its natural beauty, tourist attractions, and the variety of fortified wine they originated there. This editor has been kicked in the ass by many a glass of Madeira, which can have a sweet grapey taste that is clearly based on wine but much more potent and complex in flavor. Apparently someone who wanted a BMW M5 Touring (wagon) in 1994 liked the idea of a fortifed E34; based on the regular wagon but much more potent and complex, with a wine-colored paintjob – Madeirashwartz (Madeira black) metallic.This S38B38-powered beast makes a glorious fortified whine at full song – okay, end of bad pun. Find this 1995 1994 BMW E34 M5 Touring (Euro-spec) 3.8L for sale in Mission Viejo, CA for $22,500 via craigslist. 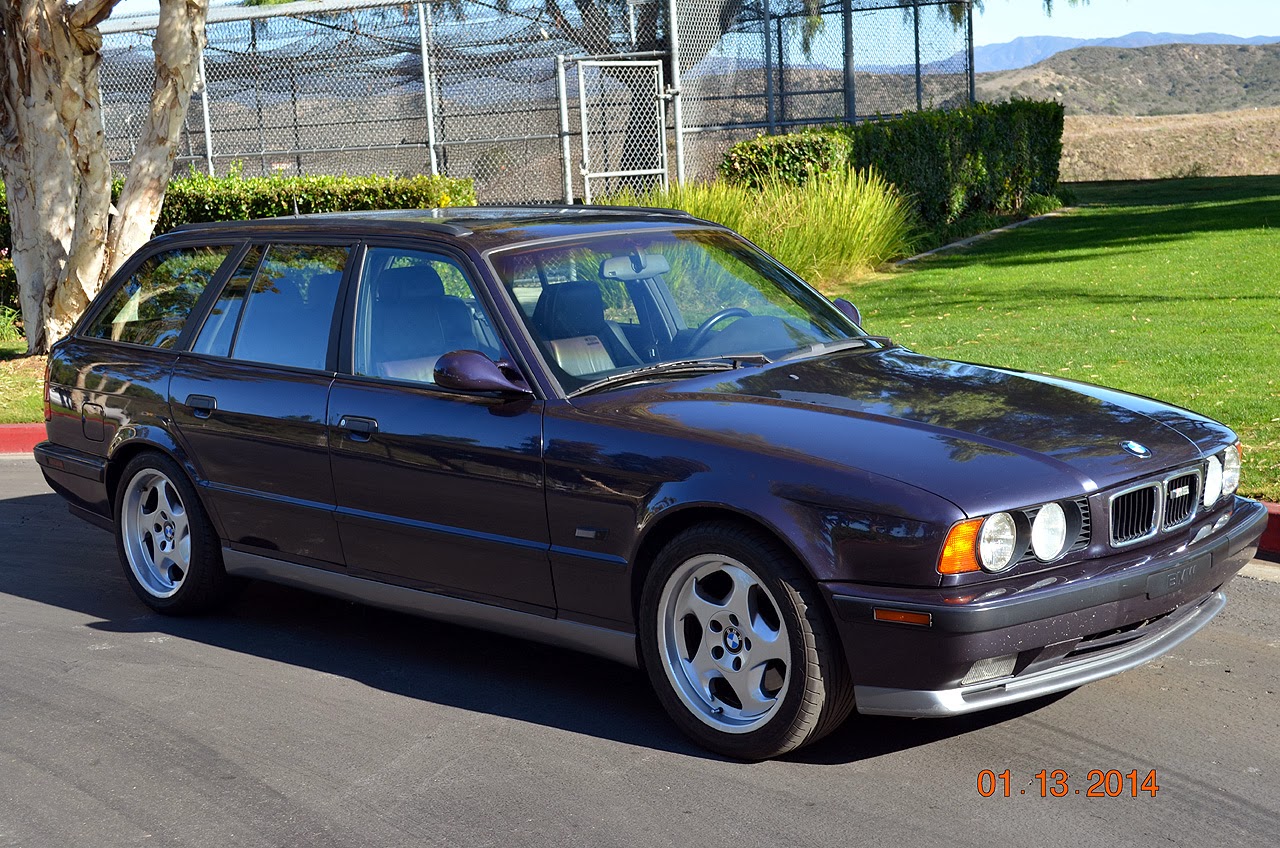 The E34 M5 is a pretty rare beasty in any form, so without any firsthand experience, one might stumble across this ad for a 20-year-old imported wagon and say “so what?” First of all – the E34 M5 Touring was never officially imported to the US; keep your internet searching eyes peeled and you will find one on the market every few months however. Secondly, this car has the later Euro-only version of the boss hoss S38 engine, the final B38 / 3.8L incarnation that made 340 bhp from the factory through its individual throttle bodies, higher 10.5:1 compression, coil-on-plug ignition, more advanced engine management system, and Inconel (!) tubular exhaust header. 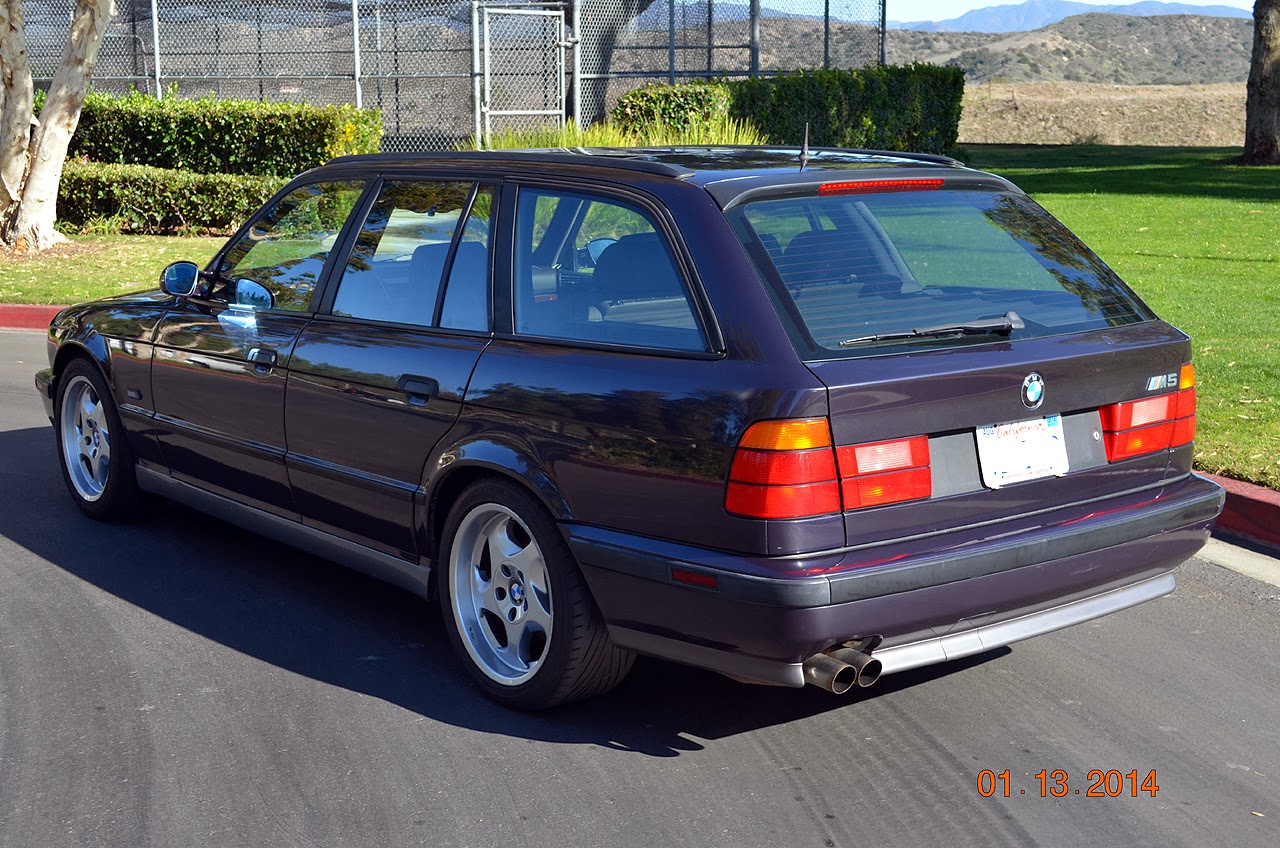 The driving experience in an E34 M5 is raw but refined, taut yet comfortable, and punctuated by an intoxicating sound emanating from that big racing-derived I6 that barely fits under the hood. Above 4krpm it just wants to pull, and will wind all the way out past 7k – and it wants to be driven there. It pleads you to rev into the fun zone. The “whine” sound I referenced earlier isn’t a bad thing, but more of a turbiney sound that lets you know this isn’t some weiner commuter car lump shoving you forward. 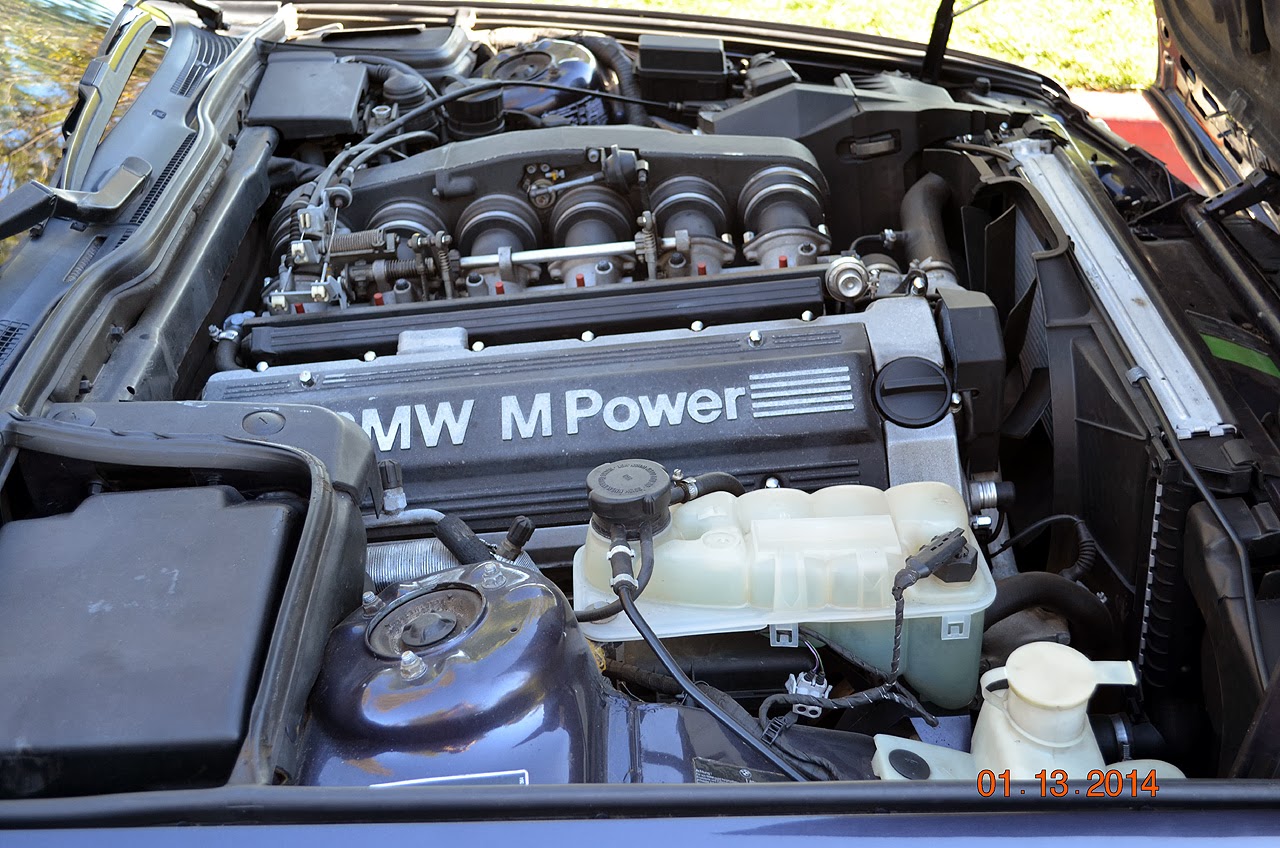 This particular car is allegedly only one of 5 ordered in this color (which looks like a darker / more palatable version of the loud Daytona Violet to my eyes). According to the seller it was legally imported in 2008 and has DOT / EPA certification and current California registration. This is awesome if true, but worth digging into for details, since importing a foreign market car less than 25 years old into the US isn’t the easiest thing in the world. 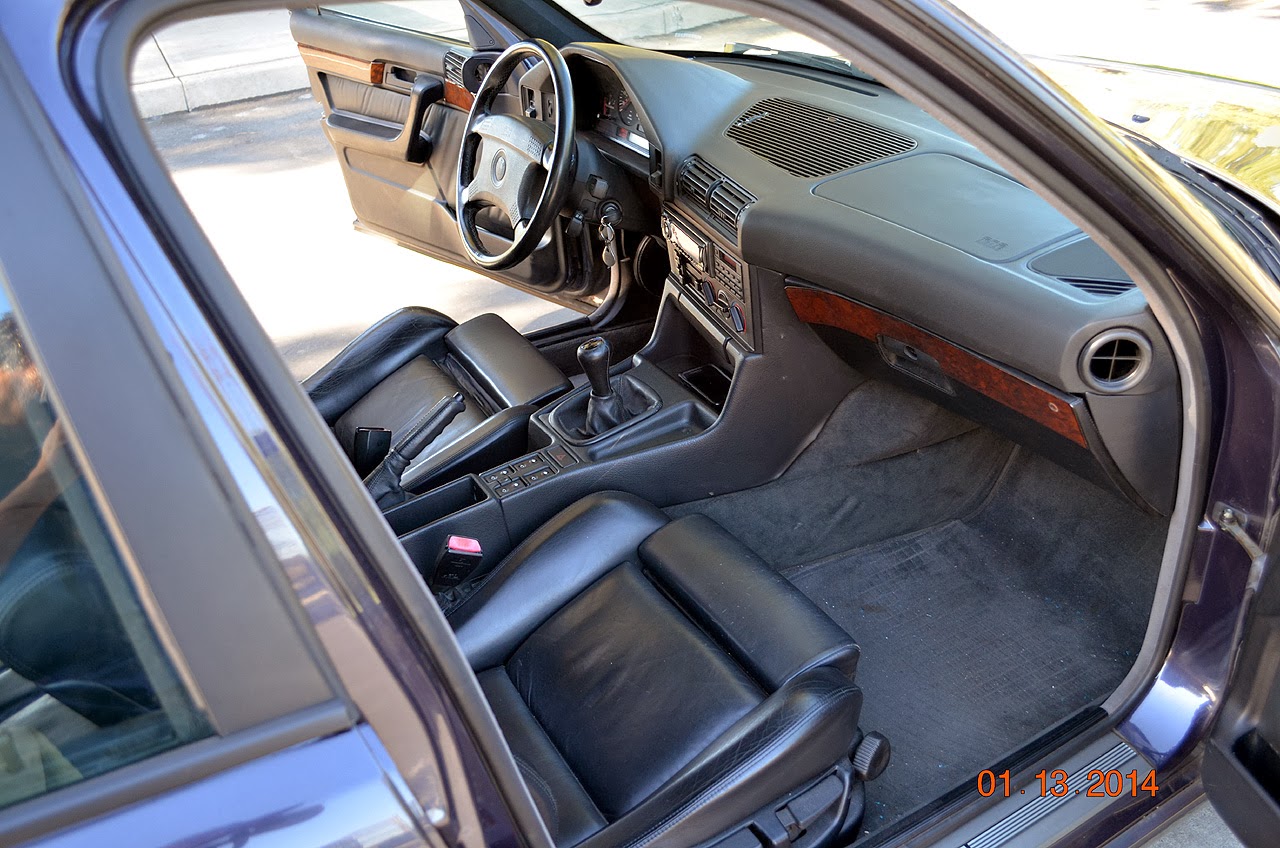 The black leather and wood interior looks in great shape for the age, with no major flaws visible. Drive it and enjoy it, especially since the driver-centric interior layout of the E34 works great with the sporty bolstered seats in the M5 and makes the driver feel like the true commander of the vessel. All ahead full – set sail for Madeira (or maybe just the city of Madera in California’s grape-rich Central Valley).

The seller’s website has many more hi-res pics here – and this person seems to be immersed in ’80s – ’90s ///M product – a good problem to have!