The BMW E9 is a classically beautiful car and arguably one of the best-proportioned coupes built in the last 50 years. This model was a kind of update/extension of the previous 2000CS Neue Klasse coupe and evolved from an original Bertone design, but with an extended wheelbase and nose to fit inline 6-cylinder engines. The problem with the E9, at least in later 3.0CS guise is that prices are now far, far out of the DT range. So how about a reasonably priced alternative to the Übercoupe? The 2800CS was an earlier 2.8 liter version that shared the body and most mechanical bits but can be found for a fraction of the price today. It will give the owner the same striking lines to admire and a much happier bank account. Find this 1970 BMW E9 2800CS here for sale in Berkeley, CA for $19995 via craigslist. 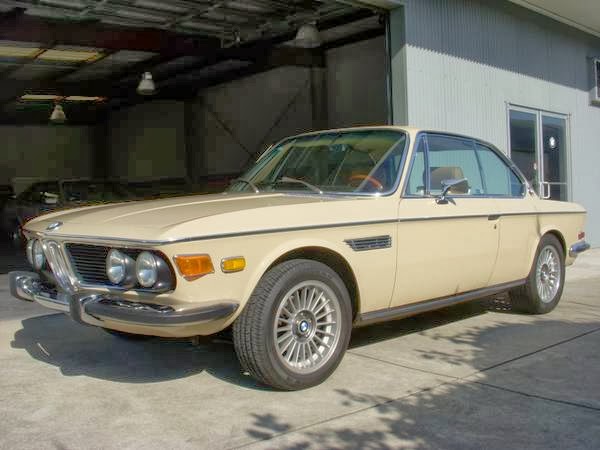 In addition to the low-key shade of beige, which does look great on the E9 (what color wouldn’t?) the exterior appearance is defined by the thin pillars, large greenhouse, shark nose styling, and later Alpina-style spoked wheels. This particular shark is a manual swap car; we spy an Automatic badge on the trunk but the stick shifter and clutch pedal are clearly visible in interior shot (fake edit: the seller says it was converted in 1992 to 5-spd form). There is some bodywork evident in the rear wheel tubs as seen in an open-trunk shot; we’d suspect this was to repair rust, which is a common issue with this chassis. 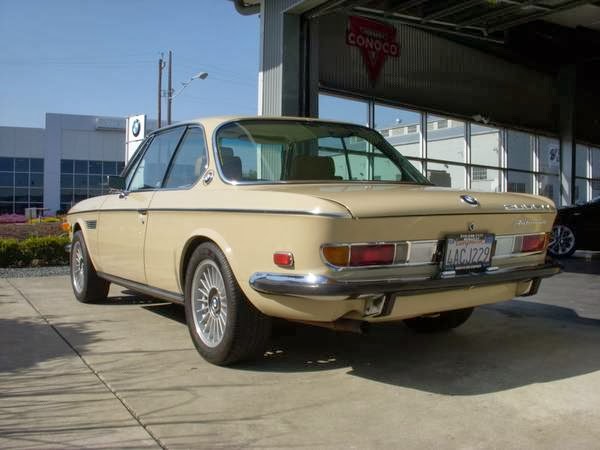 The pointy fish styling continues to the rear where the thin taillights and sharp lip combine with an undercut shape to make an attractive rumpus. At least when you pass the plebeians in their autobox transportation appliances on the road, you’ll be giving them something nice to stare vapidly at! 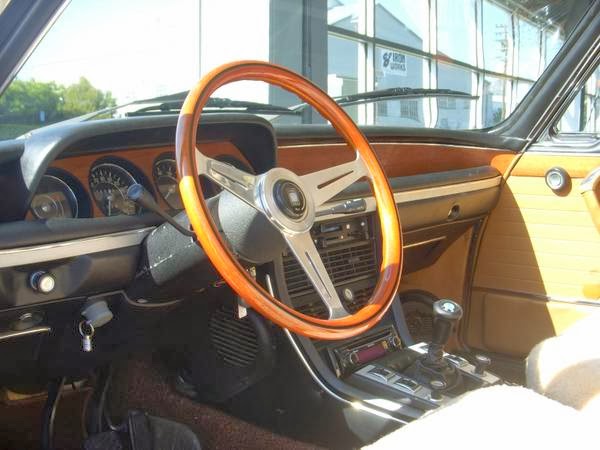 This interior looks like a seriously pleasant place to spend time; the thick-rimmed wooden Nardi steering wheel and wood paneled dash & door panels lend an air of nautical jauntiness to what is already an open-air cockpit. Clear gauges, simple controls, great visibility, and a stubby shift lever…what more do you need? 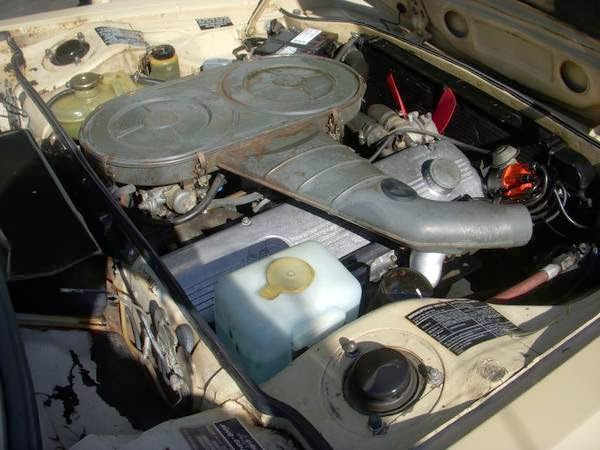 The 2.8 liter “Big Six” is from the venerable M30 family; this engine in various forms was built from 1968 all the way up to 1994. It’s an overhead cam slant-six design which is laid over at an angle to keep the hood line low in typical BMW fashion. In the 2800CS is a twin carb version from the factory and should be making around 170hp; not a lot for a fairly heavy coupe chassis like the E9 but it will be silky smooth and provide plenty of torque (185 lb-ft) for passing maneuvers and around-town driving. We spy some rust in the cowl/firewall area in the above photo, so any potential buyer will want a thorough PPI to ensure it doesn’t go too deep.