You’ve got $20k budget for something sporty, what do you buy…a new V6 Mustang?  Heck no!!  You don’t want people to think you are driving around in a rental, do ya?  What you need is something that’ll show the boys back at your 30th high school reunion that you made it.  What you need is a Corvette.  But not just any Corvette.  You need a C4.  A rare one….but…do you pick the 32-valve ZR-1 or the limited edition Grand Sport? That is the question… 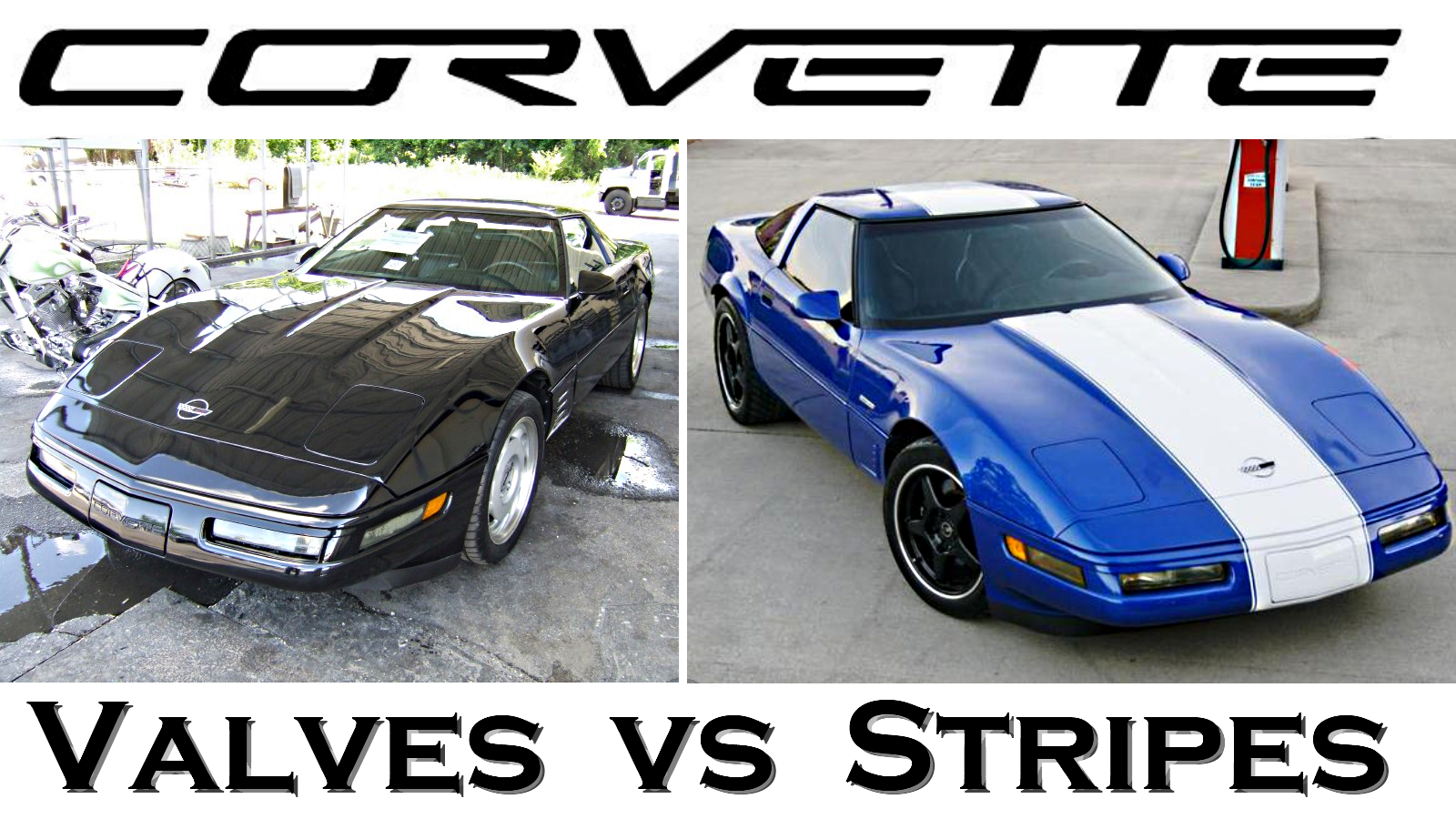 The C4 Corvette was a considerable design departure from previous Corvette iterations. Gone were the curvaceous fenders made from fiberglass and simple analog interior — in its place was a slippery composite plastic body and a crazy digital gauge setup.  The C4 generation was built from 1984 through 1996, and GM did make a few special editions, but the only ones you’d ever want to think about owning are the 1990-1995 ZR-1 and/or the 1996 Grand Sport — each has its pluses and minuses.  Let’s discuss. 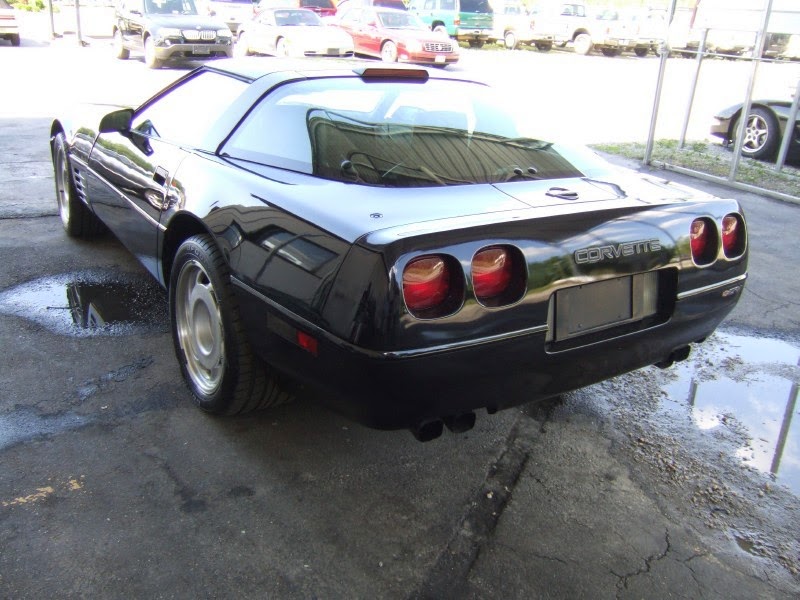 First up is this 1991 Chevrolet Corvette ZR-1

offered for $18,990 starting bid with a $22,990 buy it now price on ebay, located in Providence Forge, VA with 5 days to go. The ZR1 was the result of a project between GM and Lotus Engineering, which resulted in a DOHC V8 engine, big brakes, heavy duty suspension and active ride control.  It was really ahead of its time for a GM product from the early 1990s but a hefty price tag (twice the cost of a standard Vette at $60k) and special assembly plant limited production to 6900 units over 6 years. 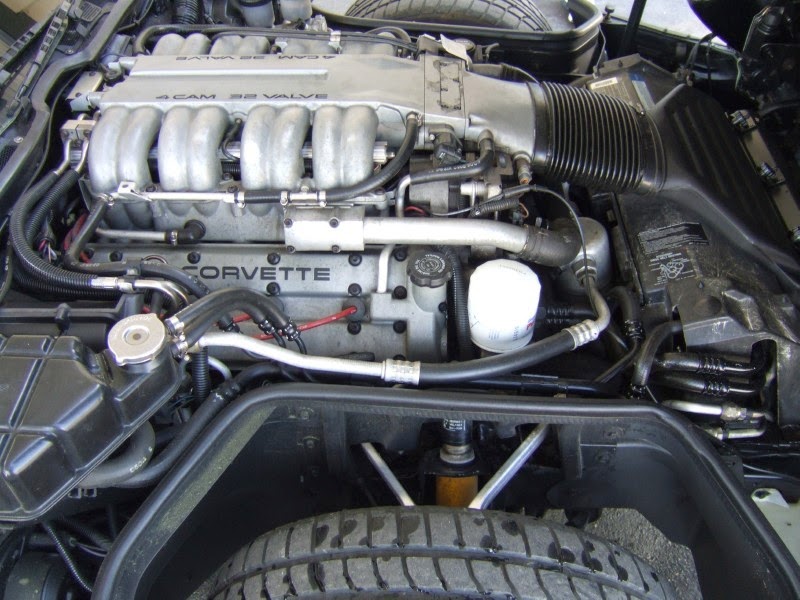 The real reason you pick up the ZR1 is for the aluminum block LT5 V8 built by Mercury Marine, which shares bore centers with the L98, but not much else.  The dual overhead cam heads and variable runner intake system were designed by Lotus and helped generate 375 horsepower and 370 ft-lbs of torque.  This made the ZR-1 a considerable performance car for the time and was the fastest stock Corvette until the 2004 Z06 was released. 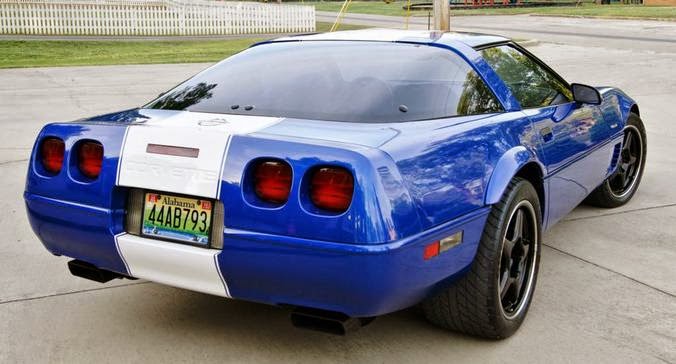 If the ZR-1 sounds like a bucket of snakes under the hood, perhaps you’d like something with cheap-to-fix small block power, but similar exclusivity?  This 1996 Chevrolet Corvette Grand Sport

currently offered for $21,500 or best offer in Hallandale, FL via ebay with 8 days to go will fit the bill nicely.  The Grand Sport was only sold in the C4’s final model year of 1996 with 1000 produced in total, and 91 with the F45 suspension package according to the seller. 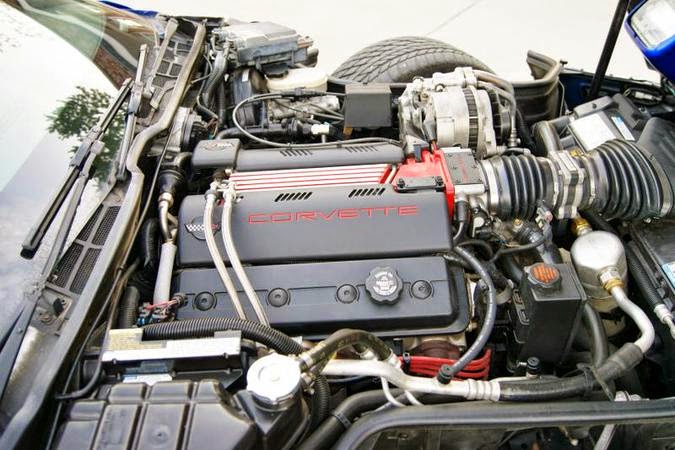 The Gen II GM small block V8 under the hood of the Grand Sport is almost as powerful as the ZR-1 with half the valves and complexity.  The LT4 displaces 5.7 liters (350 cubic inches) and puts out 330 horsepower and 340 ft-lbs of torque. It is also mated to the ZF sourced 6-speed transmission from the ZR-1 — not the awful 4+3 Doug Nash abomination found in other C4s.

If it was my money, I’d buy the ZR-1; you can’t match the LT5 for being awesome. But if it was your money, what would you buy?  Comments below.

Send us your C4 tips!  tips@dailyturismo.com