The E30 M3 market has been strong in the past few years, but with the notable exception of a few..how shall we say…celebrity owned examples, the basic E30 M3 is still affordable for many.  You just need to be careful where you buy it (don’t buy one at an auction in an air conditioned tent surrounded by a bunch of penny loafer wearing d-bags for instance…unless the a/c is busted and it is late on Sunday afternoon…then you might get a deal) and be willing to look at examples with high miles and a few dings.  Like this 1988 BMW M3 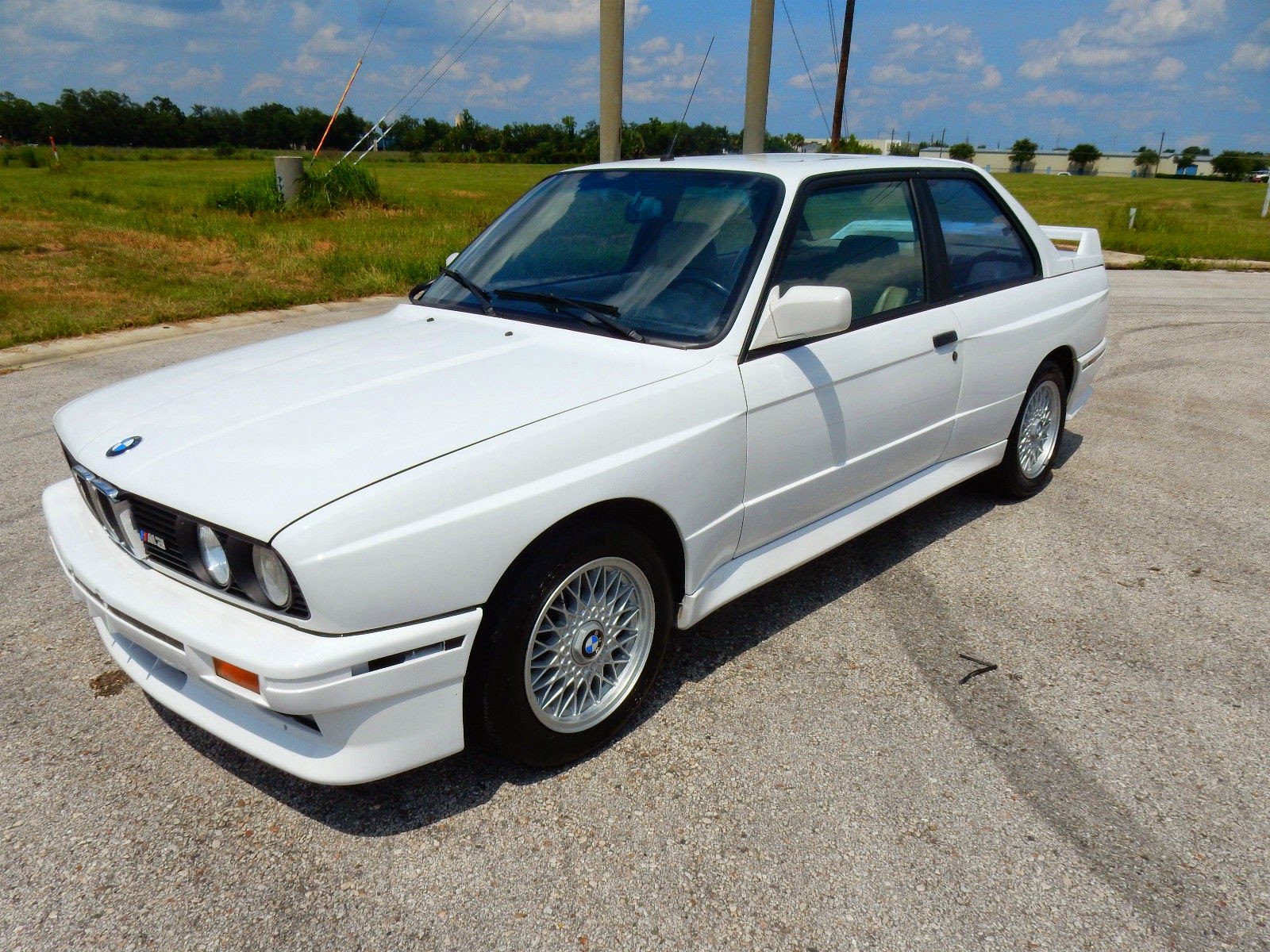 Affordable for most folks is perhaps a bit optimistic, because not everyone has $30k to drop on a weekend toy.  On the other hand, if you plan on using the M3 for a daily driver, a high mile example for the low $20k starts to make sense.  That price should not drop much in the next few years as you pile on the miles.  Maintenance costs will be higher than new Civic, but the lack of depreciation will be nice. Classic sports cars have been a great hedge against inflation for the past few years, but it is anyone’s guess if that trend will change. 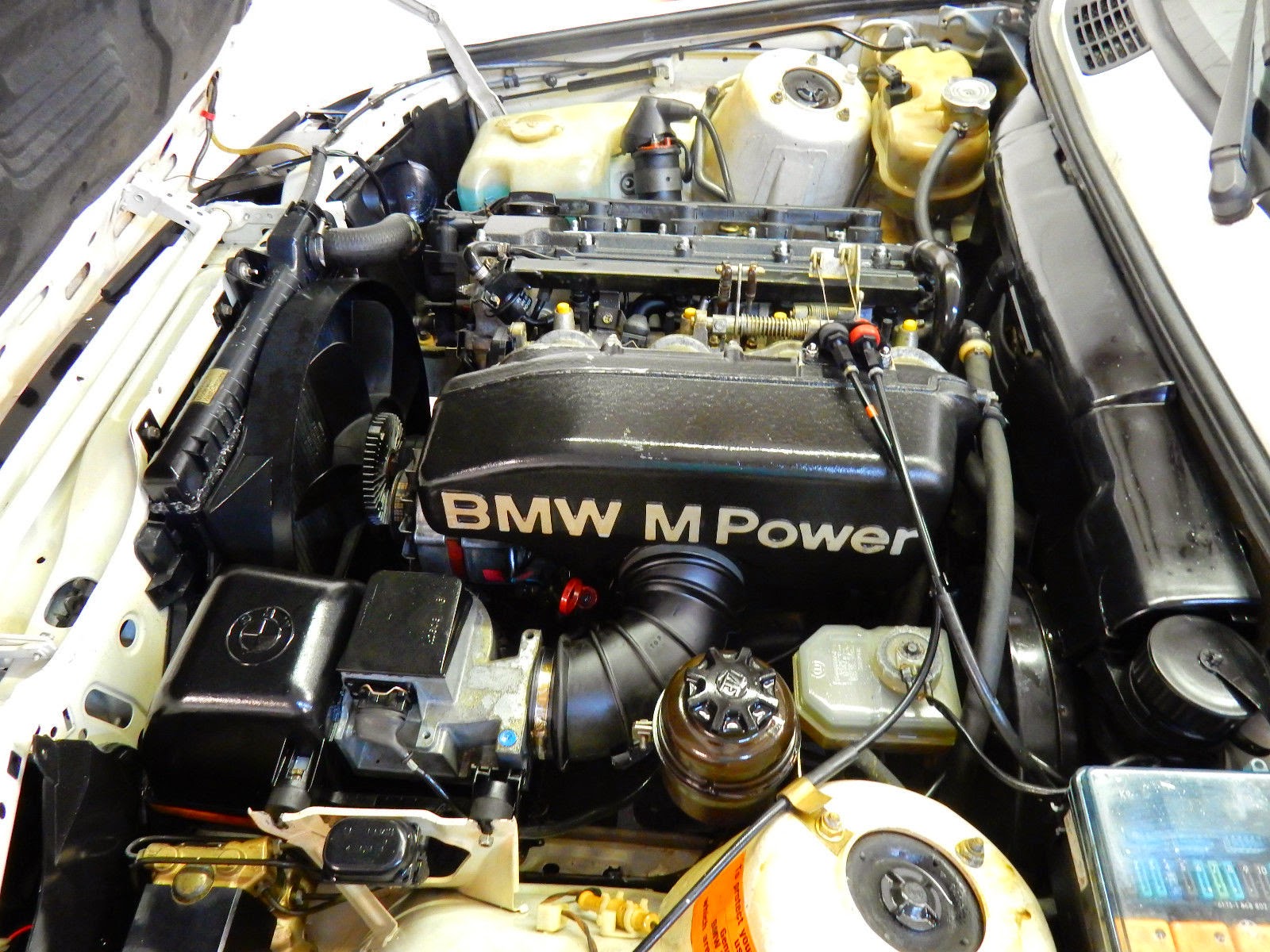 Making a racket under the hood of an E30 M3 is an engine surprisingly
short on cylinders…a DOHC inline 4, the S14B23 that puts out 192
horsepower and 200 ft-lbs of torque.  The engine is down on
power (and refinement) compared to later M3 motors – but for some reason,
models equipped with this 7000 rpm screamer are worth gold these days. 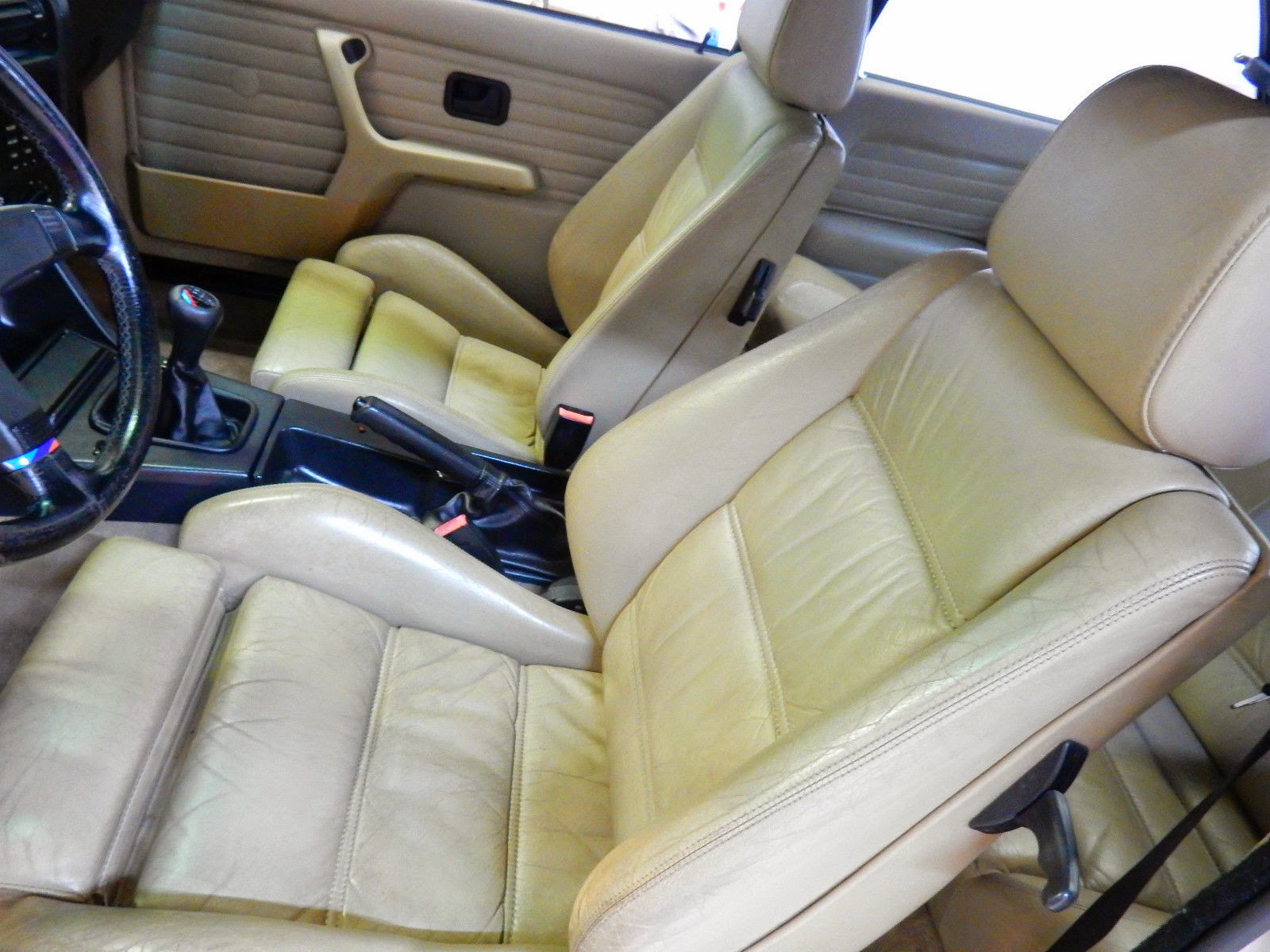 The interior of this one looks in used but not over abused condition.  Light colored interiors never stand well against the elements and this one is no exception.  For a driver though, this will be perfectly fine and you won’t need to leave your friends at the side of a road for leaving a few nose hairs in your cup holders. 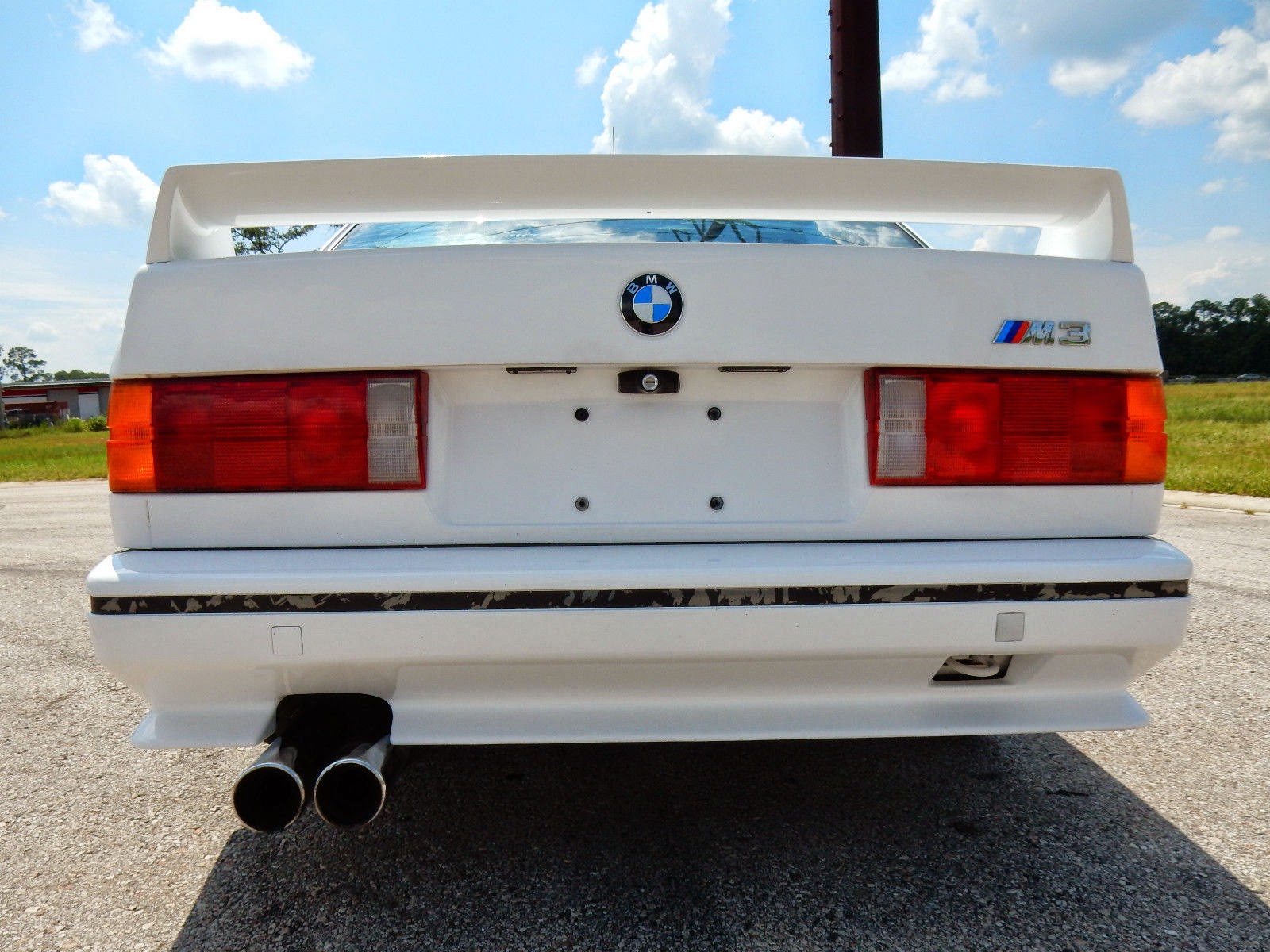 What if you don’t want to spend that much cash on a car that is slower in the 1/4 mile than just about any V6 powered family sedan today, but you still want clean E30 looks? 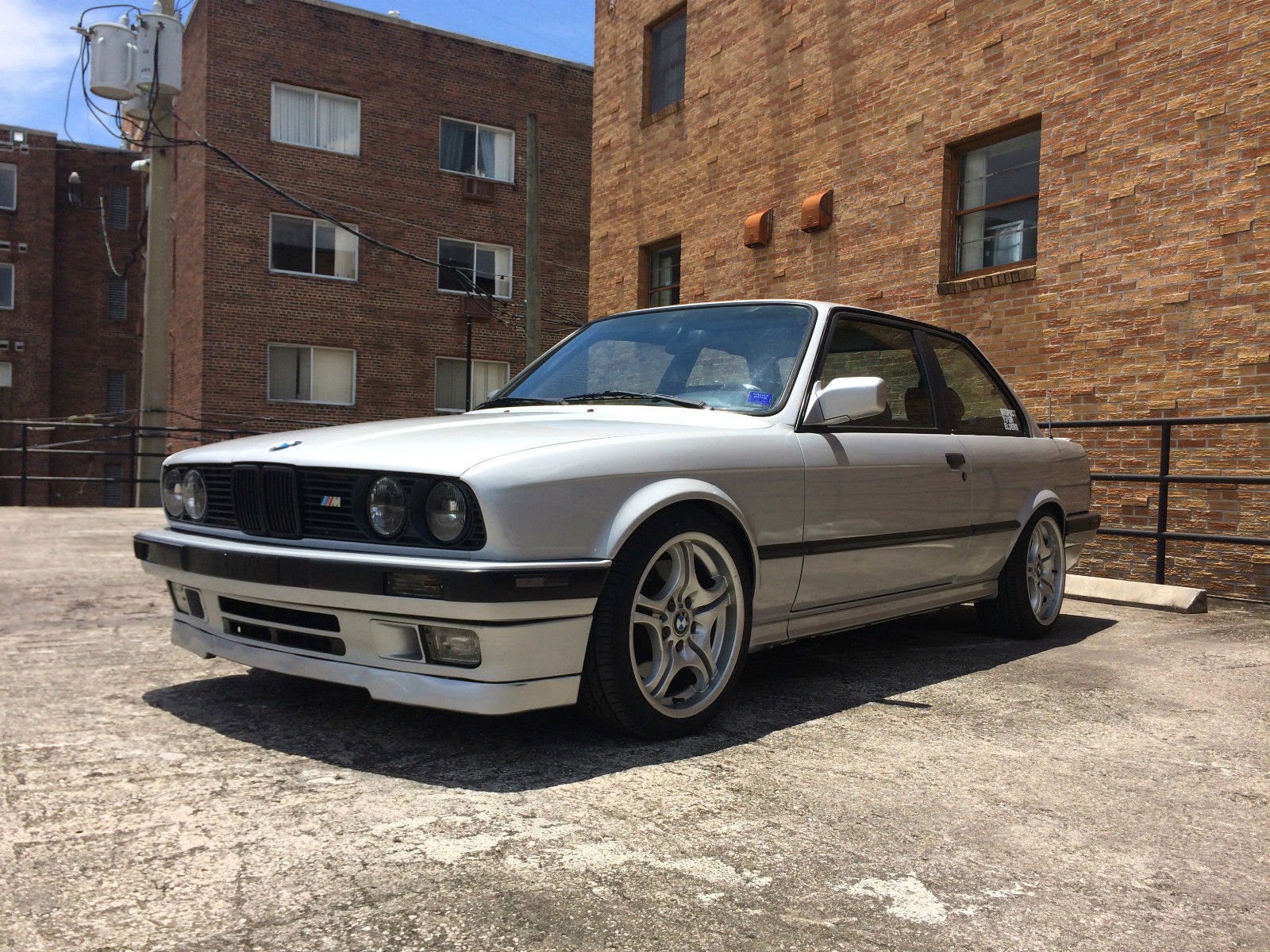 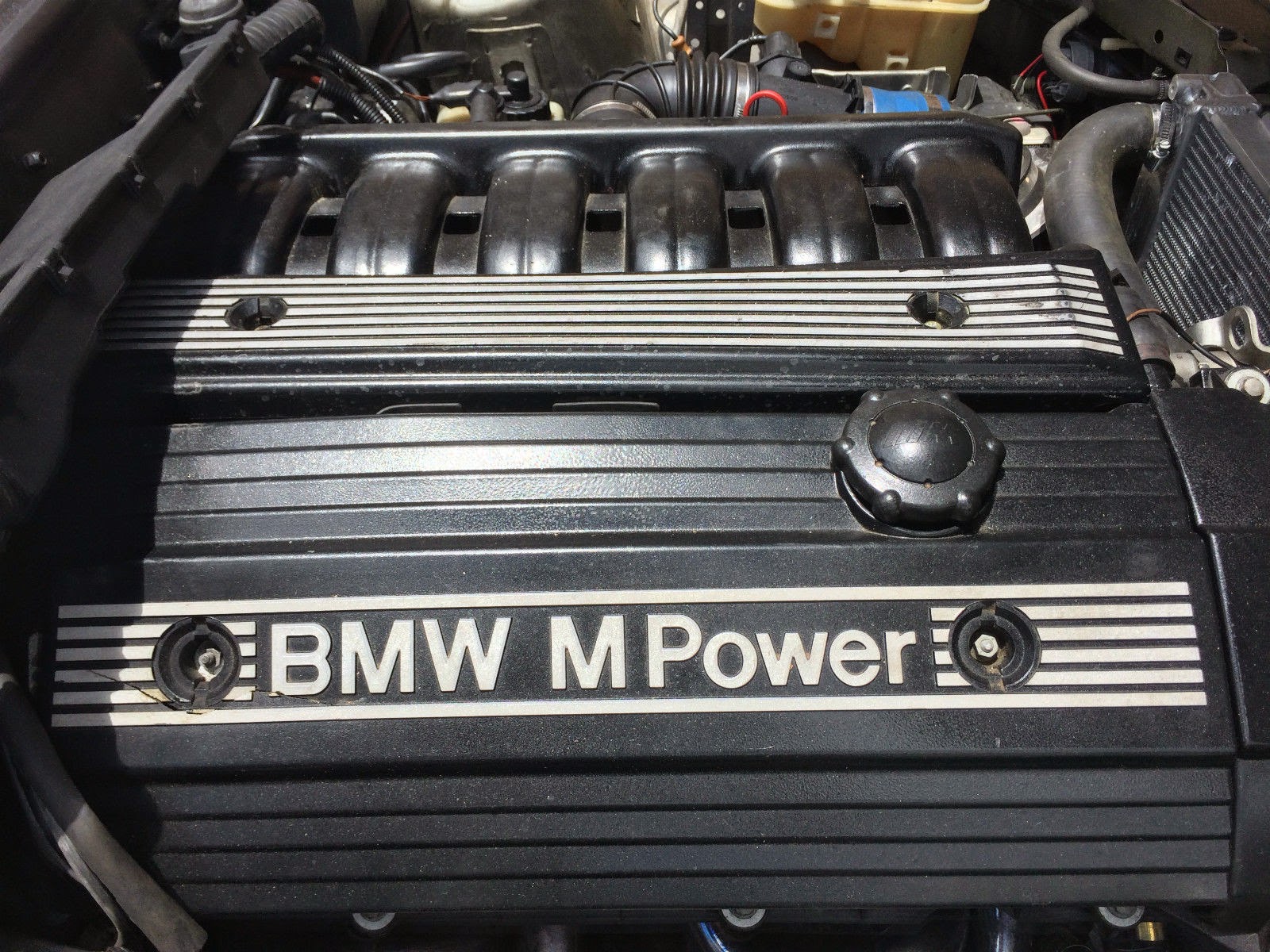 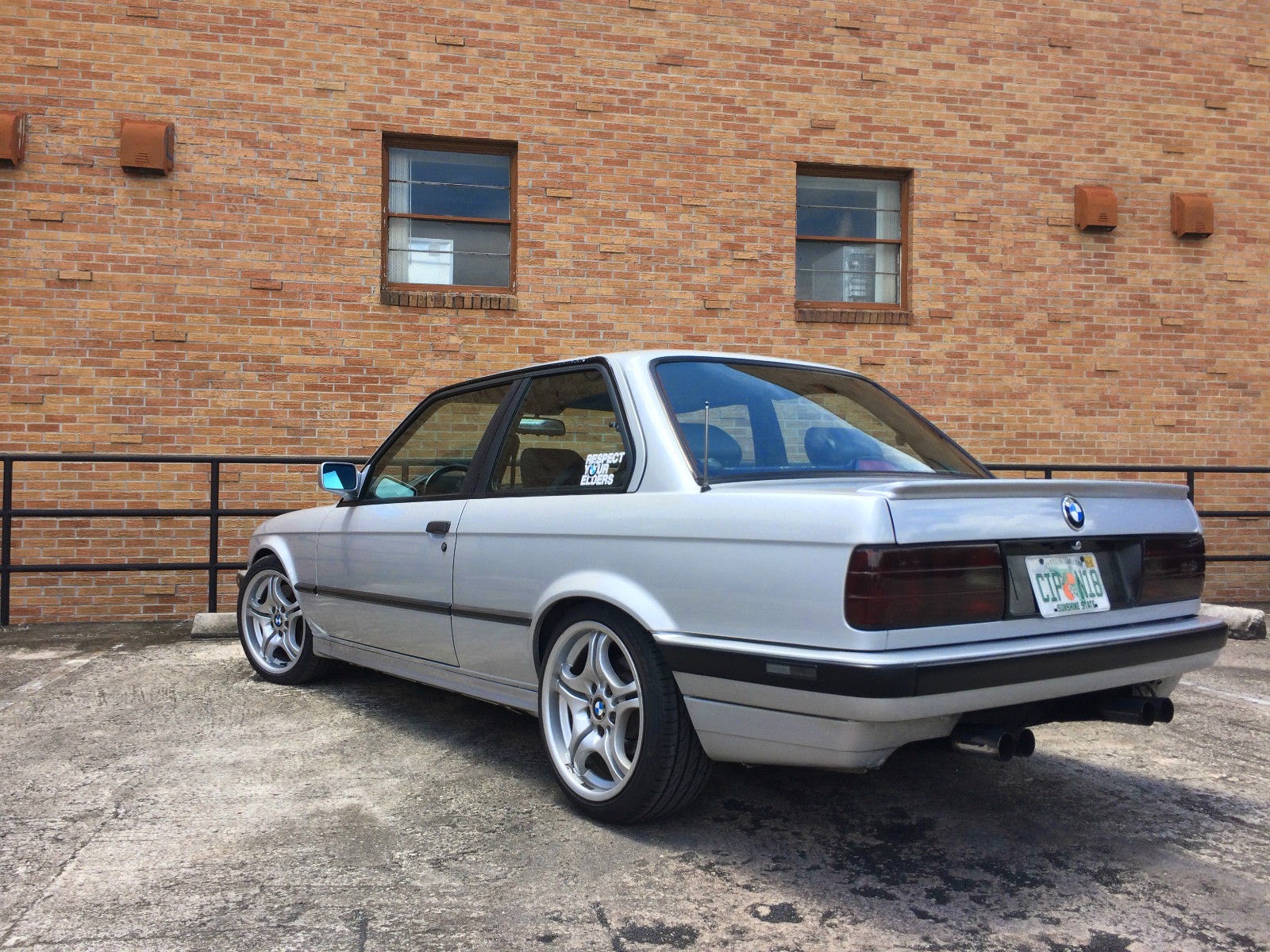 It is your money, what do you pick?  Comments below.  Send in your tips! tips@dailyturismo.com