The Porsche 911 gets a lot of grief from the bloggers on this site because prices have escalated from the medium highs of the Richard Pryor golden era to a modern day Nick Nolte high. It only bugs us because what was once an affordable car easily traded between working class shlubs has become some kind of air-conditioned garage queen and 911E Targas are now listed above $40k… but do not despair – as inexpensive 911s can still be found if you know where to look.  Find this 1987 Porsche 911 Carrera for sale in Fremont, CA for $19,000. (editors note: oops forgot the link first time around…)  Tip from yesterday’s commenter of the week — Kaibeezy. 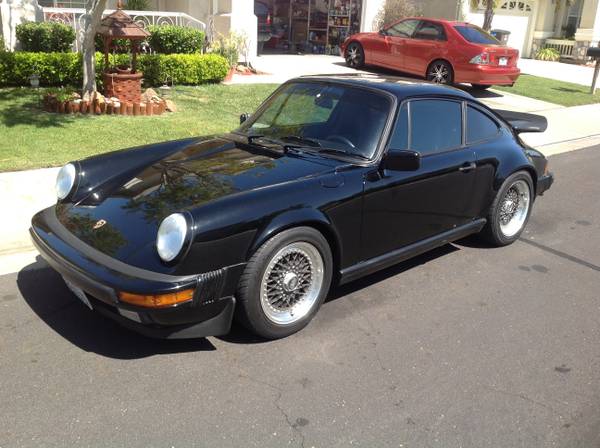 The Carrera name was re-applied to the 911 lineup in 1984 with the introduction of the 6th and final version of the original 911.  Prices for 3.2 Carreras jump around with various sellers, but it seems that they are some of the better bargains out there for 911s and as a bonus are actually fast in modern traffic (unlike a 912 for instance…). 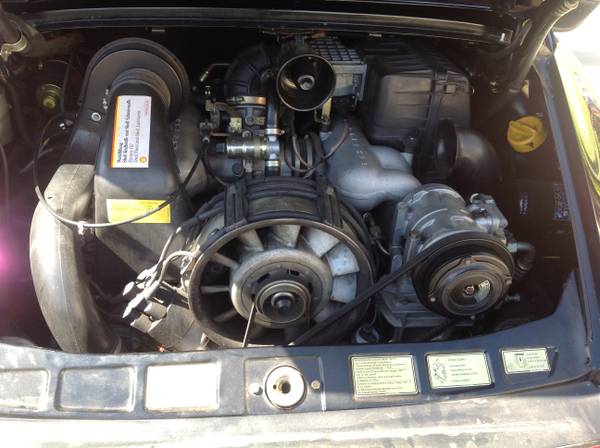 This Carrera is equipped with a 3.2 liter flat-6 hanging precariously out behind the rear axle which puts 217 horsepower into the 5 speed manual transaxle thanks to Bosch L-Jetronic fuel injection. 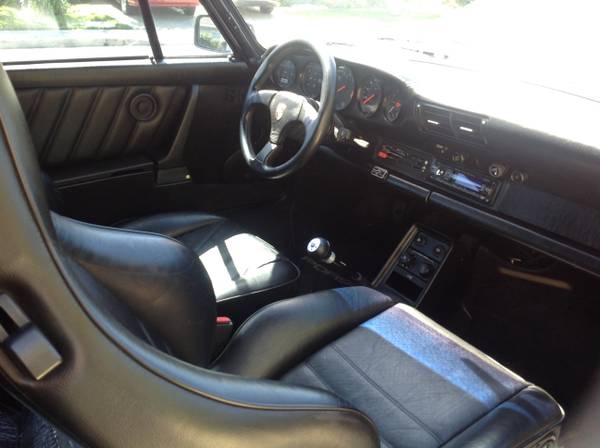 A quick look inside shows the classic 911 layout, a large center mounted tach and a minimalist dashboard with a long-throw shifter that looks like it came from a semi truck.  The newbie will likely stall the finicky hydraulic clutch equipped Carrera, but with some seat time these are fantastic cars to drive anywhere…slow or fast. 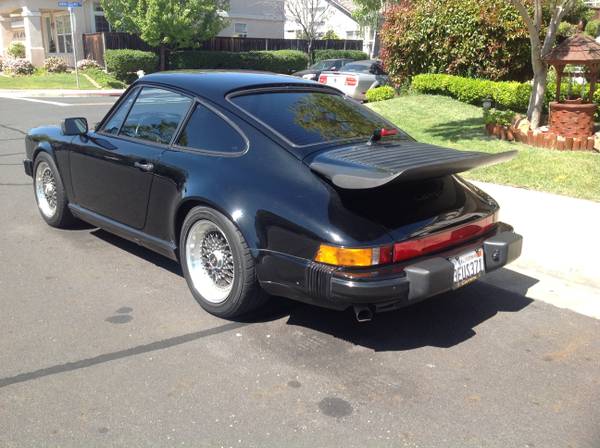 This 911 sports the classic turbo-look whale tail and looks in great shape for the asking price.  As a bonus it only has 122k miles on the odometer and has working AC.

See a better 911 for sale? Don’t call 911, email us here instead: tips@dailyturismo.com