Wondering what happened to the screaming F20C engine and 6-spd gearbox from our last V8 swapped S2000 feature? We have the answer! Well, probably not the exact same drivetrain, but you get the idea. There’s absolutely nothing wrong with Volvo’s fuel injected B20E engine which came stock in the 1800ES shooting brake, but what if you want a bit more oomph than ~125hp can provide? There’s always turbocharging, increased displacement, nitrous, individual throttle bodies, headers, etc. Then of course you could do an engine swap. We’ve seen V8s in these cars before, but an extremely light and high powered Honda 4-cylinder is completely counter to the cast iron pushrod tractor engine that the car was born with. But so what? The F20C is an awesome piece of F1-inspired engineering that revs to 9000 rpm and makes 240hp out of 2.0 liters – an incredible naturally aspirated specific power of 120bhp/L (Ferarri 458 Italia and Porsche GT3 territory). Find this 1973 Volvo 1800ES with S2000 drivetrain swap here on craigslist in Vallejo, CA for $20k. 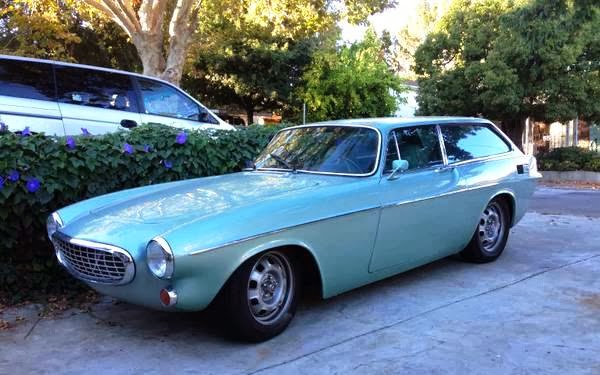 It is utterly maddening when craigslist sellers of engine-swapped cars do not include pictures of said engine, so we’re happy to report that this isn’t one of those ads. The F20C seems to fit well in the 1800 engine bay and exhaust stays on the passenger side, just like stock. Of course, the Honda having a modern cross-flow head, the intake migrates to the driver’s side necessitating the odd brake booster / master cylinder placement. About the only issue we can see here is the aftermarket cone air filter being installed directly behind the radiator; sure that looks like a convenient spot with enough space, but this glorious engine will be forced to breathe hot air unless the filter’s relocated or shrouded in some way. 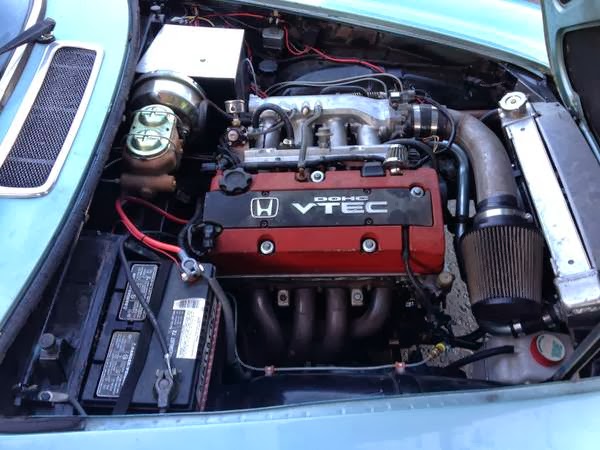 The seller/builder is apparently Seret Customs, a hot rod shop in the northern Bay Area town of Vallejo. This probably bodes well for drivability and quality of the swap – with a homebrew car like this you always run the risk of buying someone else’s shortcuts and bad ideas. But this fellow’s livelihood depends on quality custom vehicles so although the price will have some profit baked into it, perhaps this is worth the extra dough compared to doing it yourself or buying from a random meth-head who is itching for his next bump. Still, there should be room in the price for negotiation. 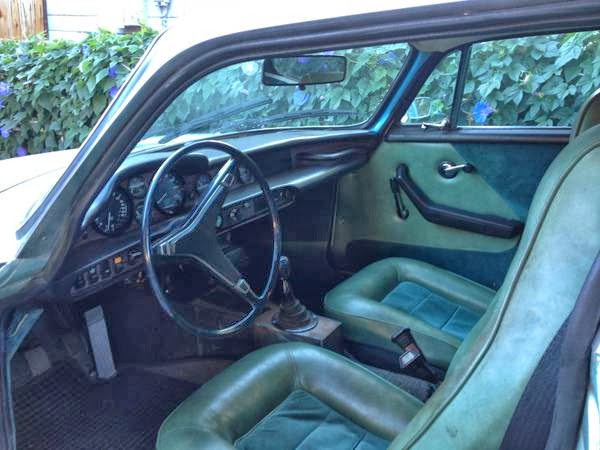 To our eyes, all this car really needs is an interior, and maybe a slight raising of the suspension so it’s not as “stanced out.” The seller admits the car was built with driving as the priority (which is great), hence the god awful teal/seafoam interior being left as-is. Velour would not have been stock in a 1973 Volvo so this one’s had some custom upholstery work some time in its life. But installing a nice black interior would be a great project for the next owner/tinkerer. Custom tach and speedometer gauges are a nice touch, and the stubby Honda 6-spd shifter should be a joy to use no matter what chassis it’s bolted into. 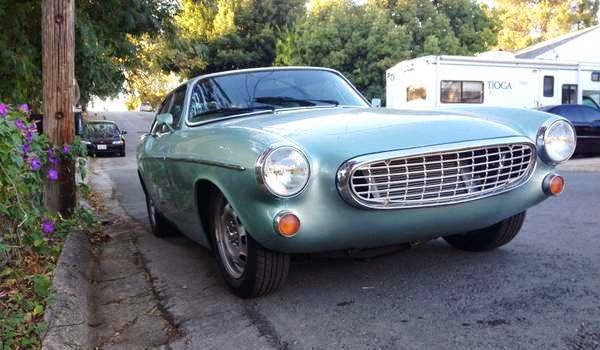 This 1800ES is also very smooth looking with its bumper delete and filled holes, making for a vulnerable proboscis and rump but improving the lines immensely. The 1973 bumpers were big and ugly compared to the only other year of 1800ES (’72), and the next owner could also install earlier bumpers if desired. The early egg crate grille is another aesthetic plus, lending a more vintage flair to the front end.

Bottom line: we’d love to hoon this thing to 9krpm at every opportunity, and it’s even smog exempt here in CA meaning no worries about the legality of the Japanese banshee under the hood.