The Alfa Romeo Spider was a small two-seater from Italy produced between 1966 and 1993 in four distinct generations, but never fundamentally changed.  The Spider’s eventual demise was a combination of Alfa’s inability to evolve with the times and competition from the Japanese, specifically the Toyota MR2 and Mazda MX-5.  The other problem was that in the 27 years of production the Spider just got heavier, slower and less athletic, a good match for its aging buyer demographic.  Today they are inexpensive to pick up in any condition, and the perfect car for a V8 swap.  Find this 1991 Alfa Romeo Spider Veloce S4 w/ Ford V8 Swap for $21,950 in Hayward, CA via craigslist.  Tip from Kaibeezy. 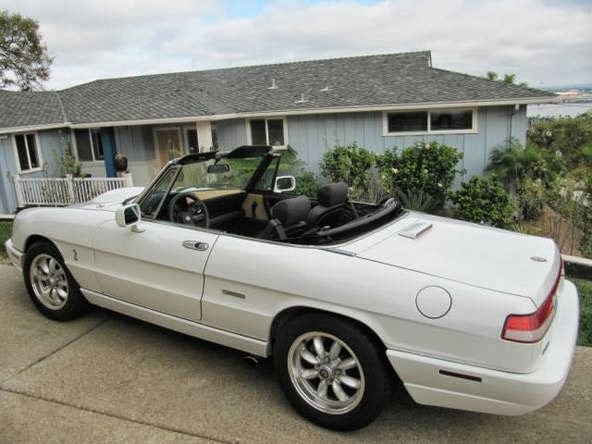 In truth the asking price on this car is well above our normal DT self imposed frugal limits…especially for something with an engine swap, but given yesterday’s Alfa V8 with no underhood shot and limited details, we wanted to post this up to show how much a difference a few minutes make. 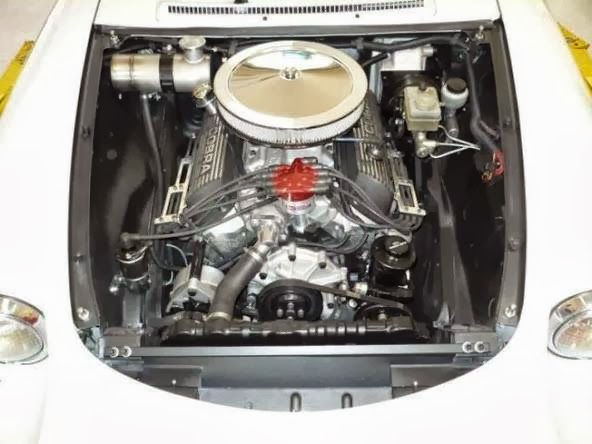 The underhood photo in this advertisement shows a Ford 302 cubic inch V8 with aluminum heads and a few bolt on parts, probably good for 350 horsepower with a decent dyno tune.  The Ford 302 will never be as powerful as the Chevy 350, and costs about the same (if not more) but it seems to find its way into many engine swap projects, perhaps because the forward distributor mount allows installation deep under the cowl of many vehicles. 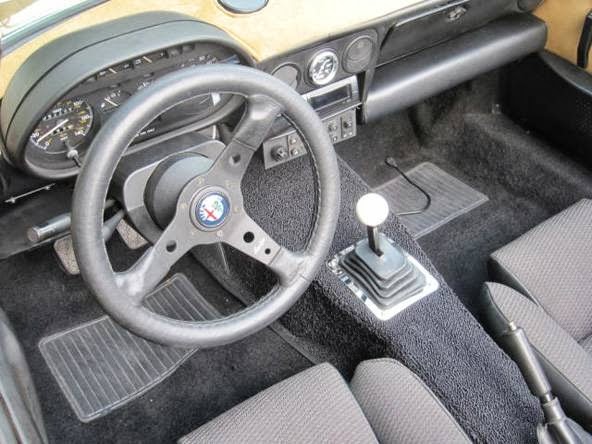 The interior photos show that it is fairly well kept, but also how dated the interior of the Alfa looked by the time grunge rock was in vogue.  It looks like the Mustang sourced Borg-Warner T5 manual transmission found a happy place inside the cabin, with the shifter appearing to be in a stock location. 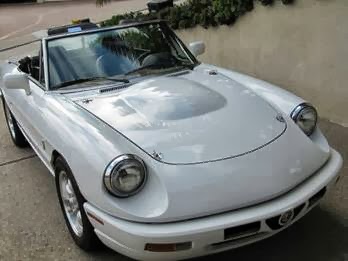 See a better looking Alfa V8 swap?  Maybe a nice cheap one for us; this one is expensive… tips@dailyturismo.com