The first generation Pontiac Grand Prix was a full sized personal luxury coupe offered from General Motors based on the full sized Catalina platform.  The early cars were noted for powerful big block V8 engines and 8-lug wheels; no under-engineered components on the big beast.  The Grand Prix soldiered on for years and the name was killed just short of the dissolution of GM’s Pontiac brand during the 2008 carpocalypse. There were notable versions including the Grand Prix Aerocoupe…but the first generation was the best.  Find this 1966 Pontiac Grand Prix

for sale in Lakeland, FL currently bidding for $16,399 reserve-not-met with 2 days to go via ebay. 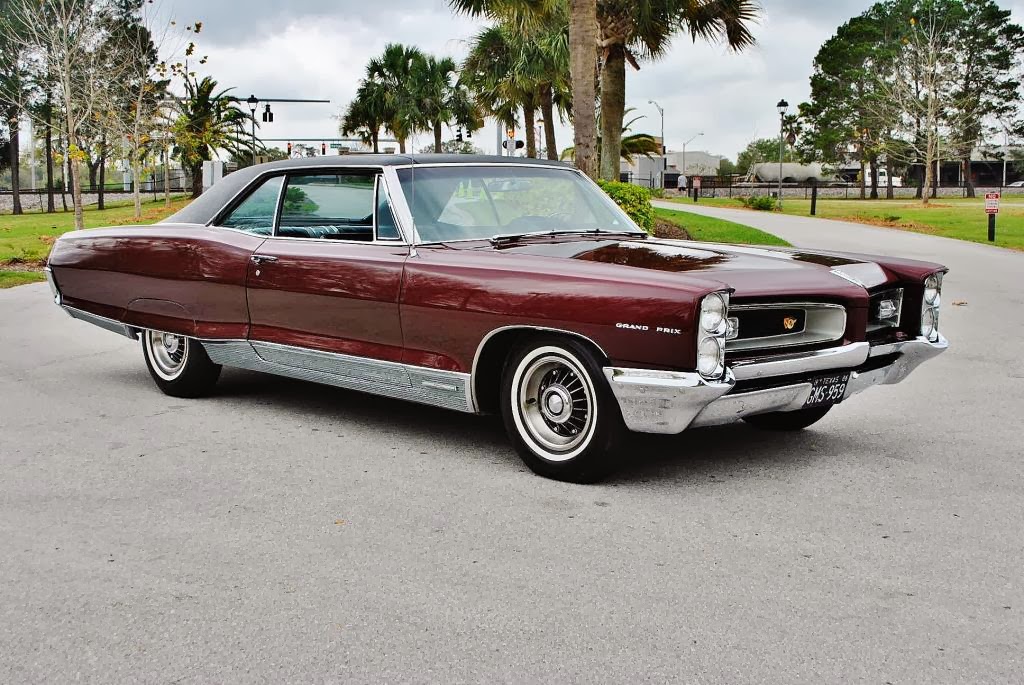 The ebay seller is a car dealer located in Florida who takes photos and uses a pseudo-HDR post processing filter that makes the cars look nice, but it is slightly distracting.  This Grand Prix looks nice in a deep Burgundy color that is most likely original, and the dealer says he picked it up from the widow of the original owner. 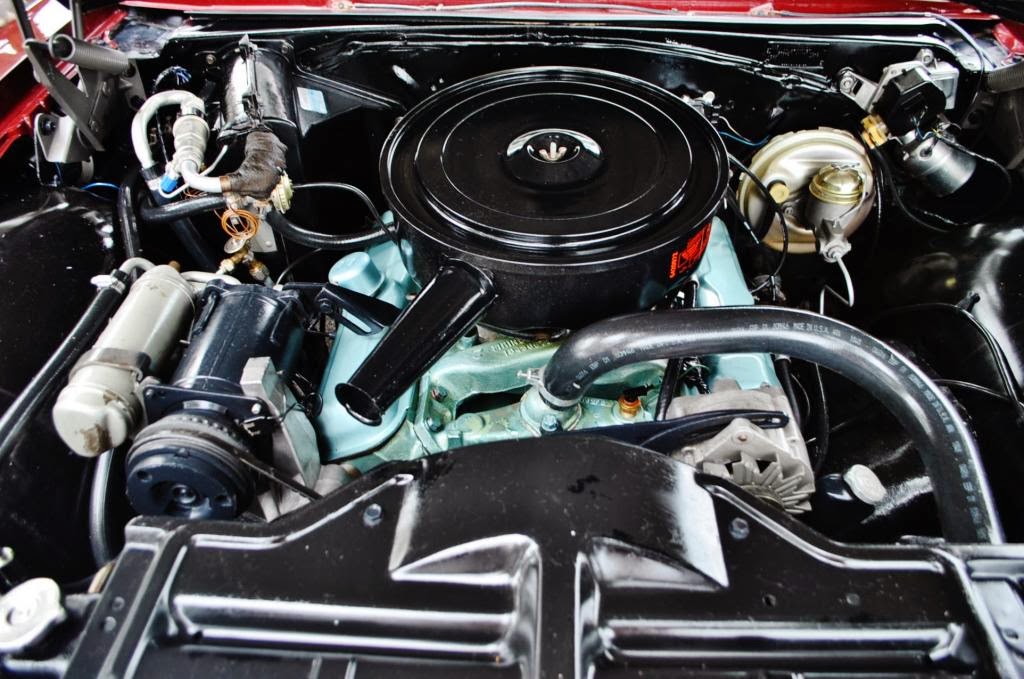 The seller does not specify which engine is under hood, which leads us to believe it is the 389 cubic inch V8 fed by the 2bbl carburetor for a total of 256 horsepower.  A 4bb version of the 389 was also available with 335 horsepower in 1966.  Miles shown on the odometer are 8,309, which may or may not be correct…probably not, but as the buyer you could always HOPE the odometer hasn’t flipped once or twice. 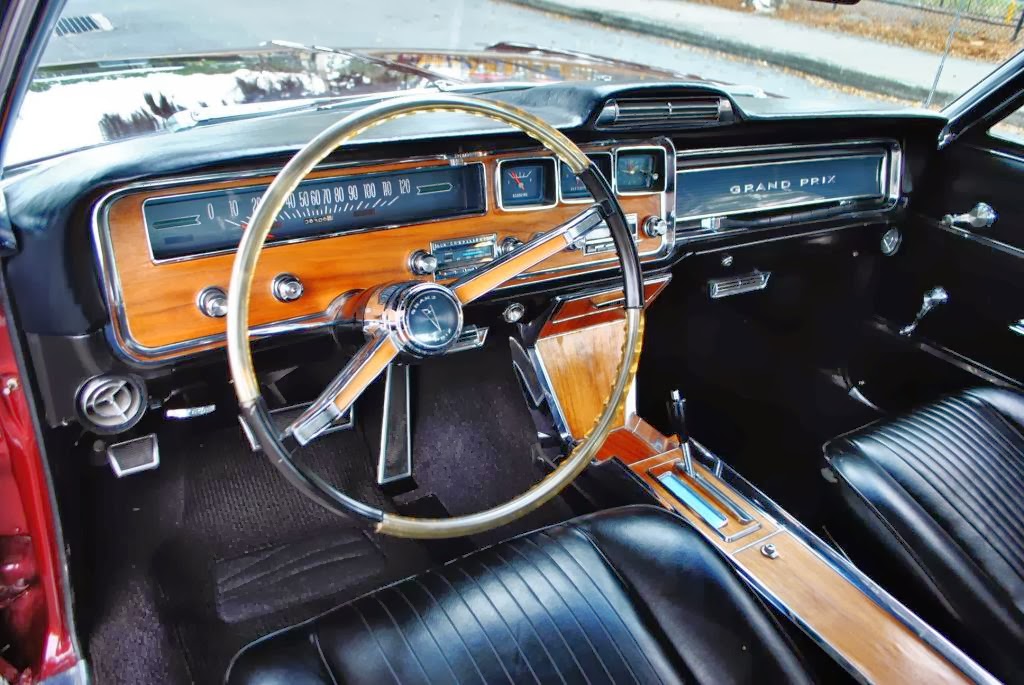 The inside of this Grand Prix looks like something from the set of Mad Men.  Vintage wood trim, thick plastic and chrome is everywhere.  It could be a seriously sweet place for an afternoon drive down to the local watering hole. 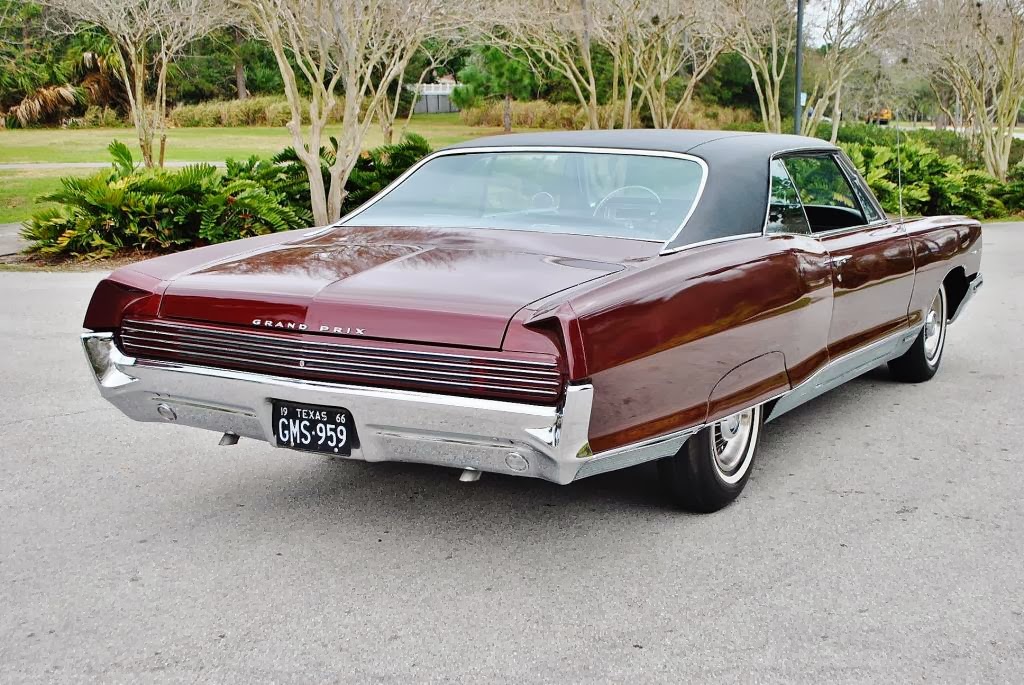