Cromniomancy is the art of divination using onions.  In practice, you inscribe two choices (perhaps for love life or career choice) on the bottom of two onions and wait for one to sprout — the first one with a sprout lets you know which of the two choices you need to follow.  Personally, I find this sort of witchcraft disgusting, not just because of my dislike for onions (actually they do taste good when cooked, but raw onions are about as appealing to eat as a set of used spark plugs), but also because I prefer the art of Audiomancy.  This is where you buy two used Audis, inscribe your life changing choices and wait for one to have a catastrophic failure that requires a multi-week dealer visit.  Oddly enough, Audiomancy is a great way to make important financial decisions while simultaneously emptying your bank account and rendering those financial issues moot.  Plus, who has time to wait for those onions to sprout — a used Audi is only a few good throttle pedal mashes away from some complex and financially crippling electro-hydra-mechnical failure.  Here is a set of used Audis ready for the Audiorceror; first is this 2007 Audi S6 offered for $18,900 and second is this 2007 Audi S4 offered for $18,999, both cars are located in St Louis, MO via craigslist. 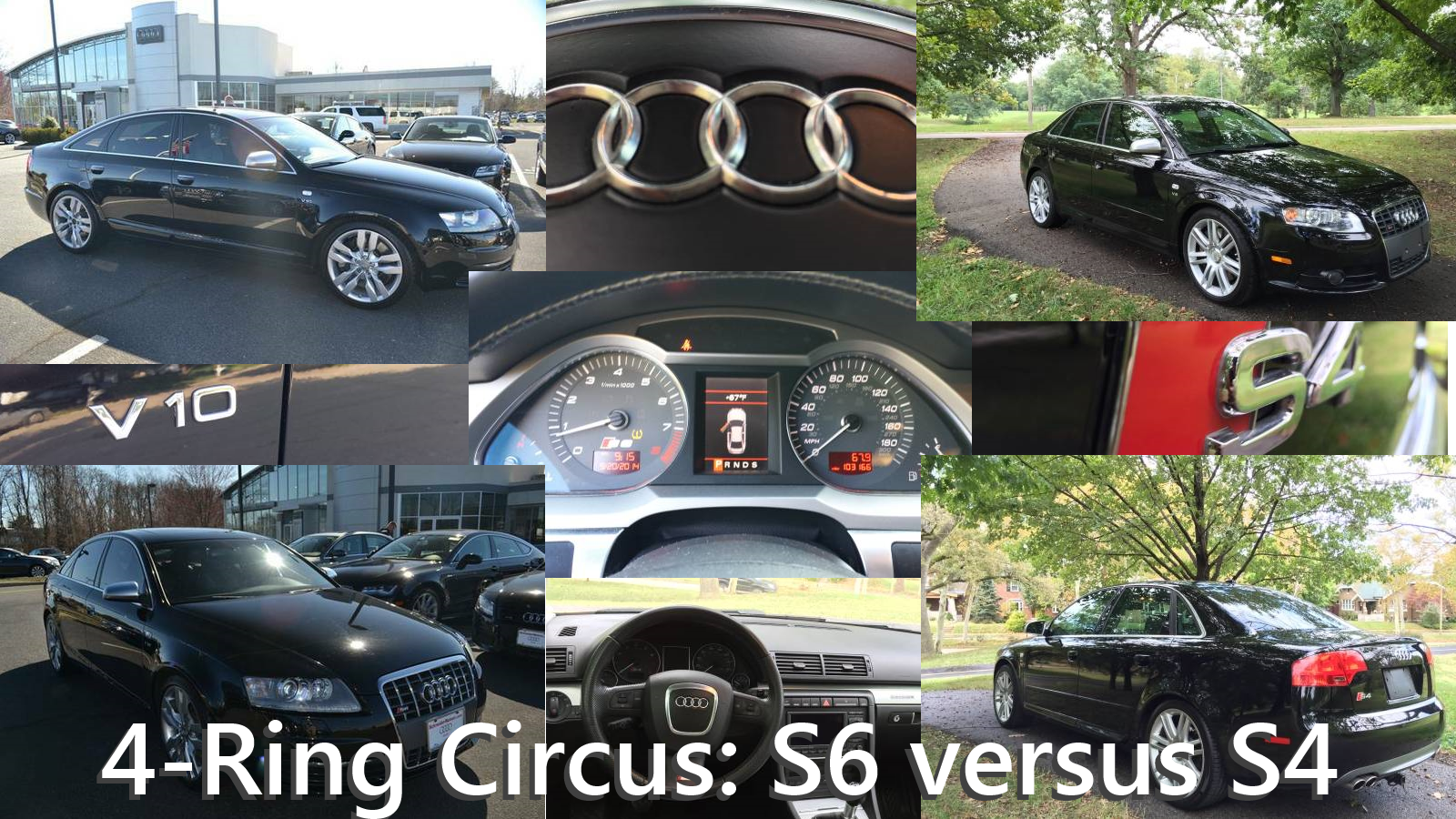 The choice between an B7 S4 vs C6 S6 is an interesting one, because while the cars might seem very different in approach, they are very similar in result.  The C6 generation S6 starts with a powerful 5.2 liter V10 engine borrowed from the Lamborghini Gallardo and mates it to a 6-speed tiptronic shifted slushbox.  The B7 generation S4 starts with a 4.2 liter Audi V8 and puts the power through a 6-speed manual gearbox.  However, once you factor in the S6’s additional mass, the power-weight ratio is almost the same and straight line performance is neck-and-neck.  Both cars use Audi’s Quattro all-wheel-drive system to get the power to the ground, and the interior space is surprisingly similar. 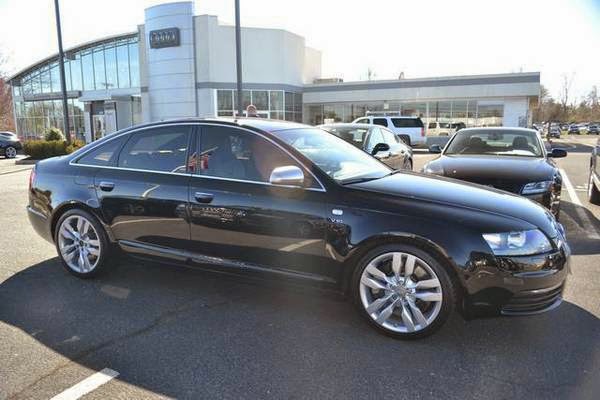 First up is the C6 S6, which you really buy because of the engine.  How many other ways can you get into a V10 powered luxury sedan…well none to be honest.  It would have been great if Audi had placed a 6-speed or one of their fabulous DSG transmission behind the V10, but rich executive types who would buy such a vehicle new overwhelmingly prefer a simple slushbox. 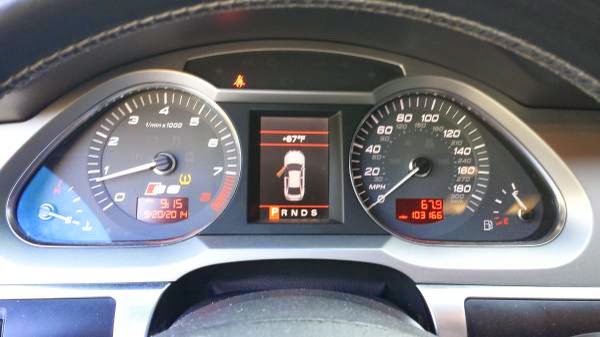 The real beauty of the S6 is under the hood — a 5.2 liter V10 that is a bored/stroked version of the engine from the Lamborghini Gallardo.  Expect 435 horsepower and a relatively high 7,000 rpm redline from the screaming V10.  This is an engine you buy for the sound track alone. 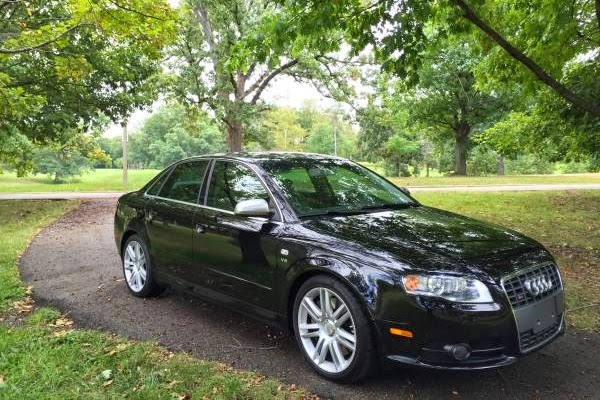 The Audi S4 is slightly smaller than the S6 (mostly back seat leg room) and ostensibly a sportier vehicle.  However, the S4 is still more of an Autobahn cruiser than a cone crusher and will be considerably slower through a set of autocross cones than an similar era M3 or W203 AMG C-Class (C32/C55).  Chalk it up to the nose heavy understeer trait of the S4, but while it feels great at 8/10ths, everything turns to terminal understeer when you push it harder. 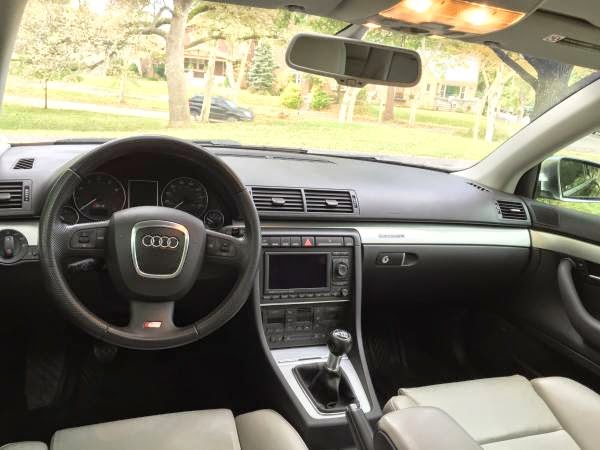 Regardless of extreme understeer, the S4 makes a fantastic place for a daily commute with occasional ability to open it up.  The 4.2 liter V8 is rated at 340 horsepower and 302 ft-lbs of torque, and is mated to a 6-speed manual gearbox.

Enjoy an annoying animated gif to demonstrate how similar the two cars are in appearance.