by DT E-i-C Vince: 2016 was an interesting year here in the world of Daily Turismo.  Lots of ups, some downs, and plenty of crazy/interesting/cool/cheap/expensive/terrible cars.  Before I start down the meandering path of year in review style nostalgia, I first have to send a huge thanks to all of the people who make this site happen, including (but not limited to..and in no particular order) my wife (Sophia), CFlo, Mrs CFlo, Hunsbloger, Kaibeezy, Producer Ben, Ashley, Gianni, Andy Liss, PhiLOL, Matt, Glenn, Cory, Al, Adam, Michael B., and the scores of tippers/commenters/readers/haters/well-wishers who make this site the lively place that it is today. 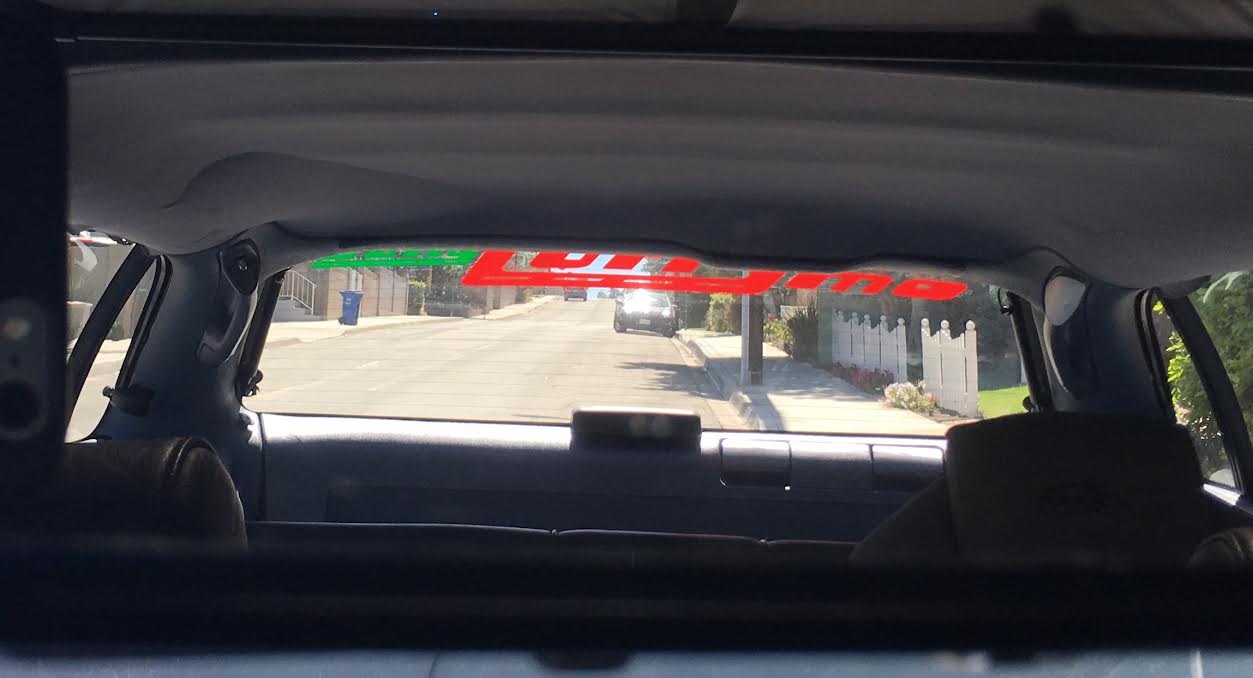 A few words about me before I get to far into the year in review. I am, by all accounts, an engineer working in the engines/automotive/commercial-vehicle world, but a few years ago I started DT as an alternative to watching TV or reading books after the kids are put in bed.  In March of 2016 I parted ways with a small engineering firm and jumped onto DT as a full time passion.  In case you don’t know much about internet publishing, let me tell you a few things.  First, I don’t know much about internet publishing, but what I do know is that blogs don’t make money.  Sure, they make a few nickles on a click here/there, but for the most part I would describe the revenue stream to be slightly better than the average kids lemonade stand on a rainy day in a country where lemonade is illegal…but only slightly.  So here I was, working DT in the morning, working DT in the day, working DT at night, and mostly having a great time.  With a full time commitment from yours truly, posts were long and frequent (I think) and social media engagement went up, but social media (twitter/facebook/instagram) views mean squat unless you have Kardashian numbers of followers and then you can whore out your posts…something that I’m not keen on doing.  Bottom line was that it wasn’t a good thing for my bottom line (whoa…I gotta pay the mortgage each month…yer talkin’ crazy man), so in the fall I rejoined the working world at another engineering firm, but not before I learned a few things.  The first is that this website is much more enjoyable when it is a hobby, and next…I needed help. 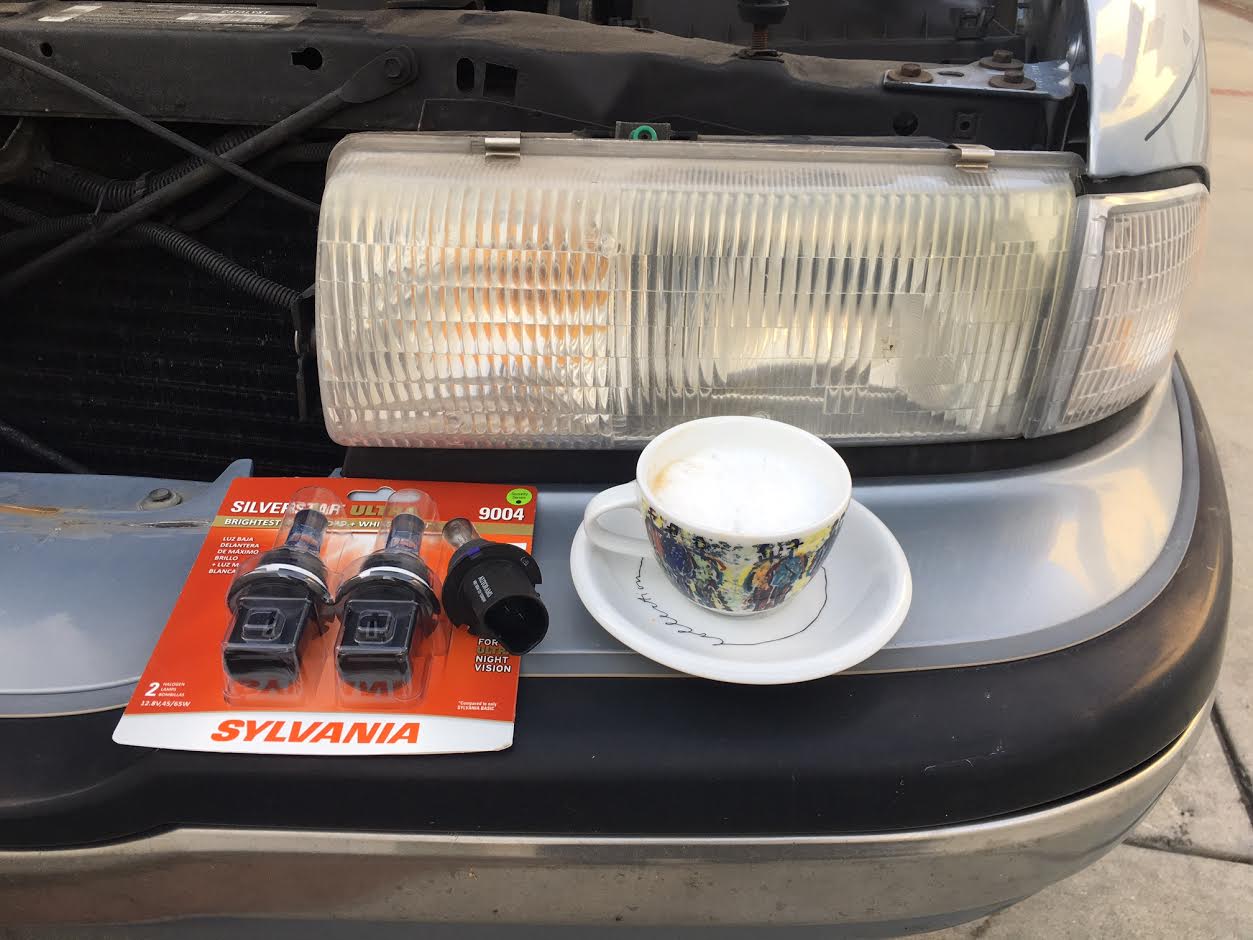 In preparation for rejoining the world of the office, I did a few things to prepare for an inevitable crunch between work/life/DT.  You’ve noticed a few more voices on the publishing side and this is where the guys who stepped up and shouted “hey, I wanna write” saved my bacon, because every word on this website needs to be written by someone. The guys who volunteer to write on this site do it for the love of cars and for that I am grateful, humbled, and invigorated.  The writers that we added in 2016 helped fill the gaps as I’ve returned to a regular 9-5 job and as CFlo has spent more time bashing the track with Black Iron Racing’s Brougham d’Bavaria and buying Volvos. DT’s logo guru Kaibeezy continues to be a source of inspiration, creativity, and tips….speaking of tips, they have been really REALLY good recently and I can’t say thank you enough times to the people who send them in on a regular basis. 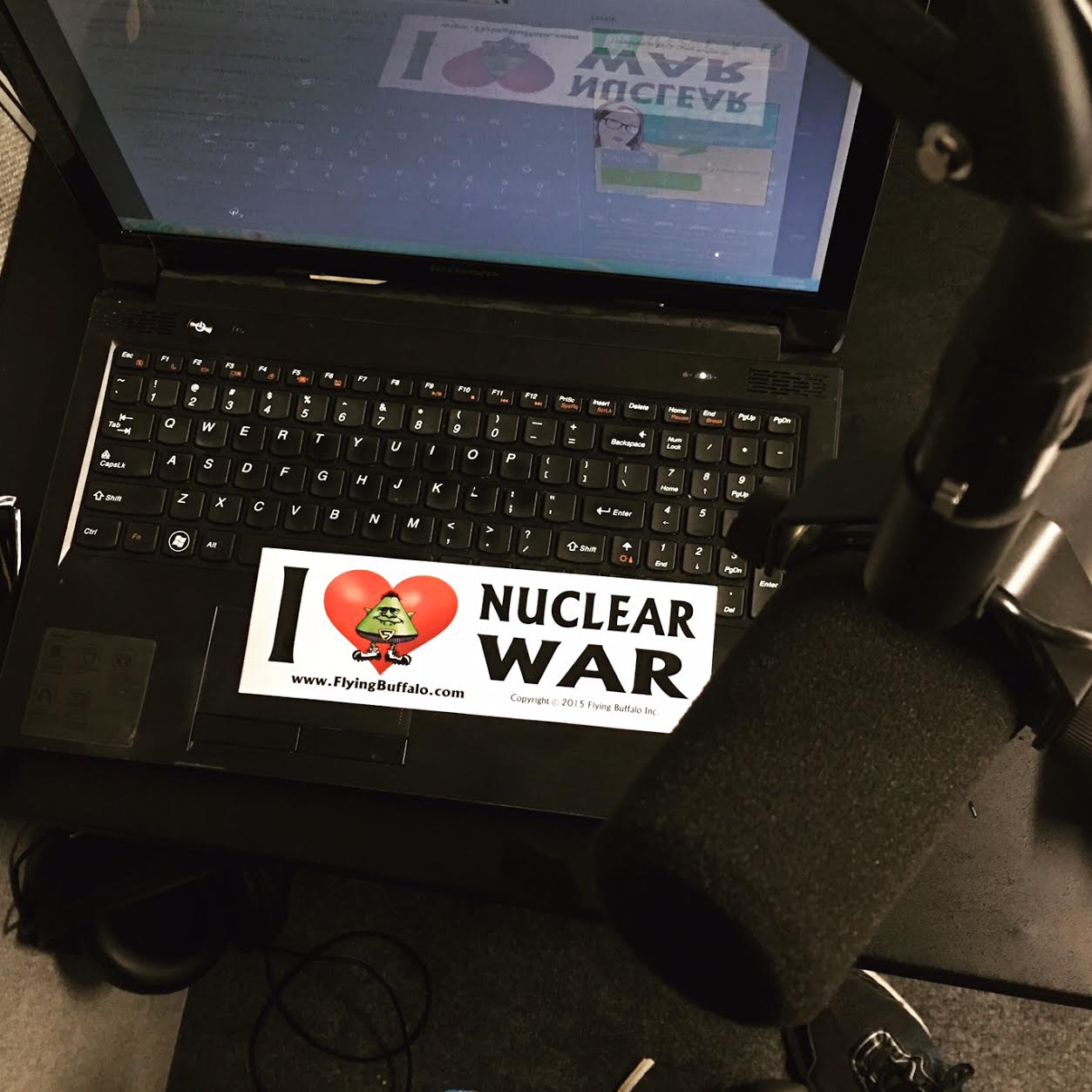 The DT Radio Show that was launched late in 2015 was one of the more exciting things to really come into a life of its own in 2016.  We had racers, builders, wheelerdealers, editors, legends, and inventors join us for a hour or two in the studio and I don’t regret a minute of that effort…but…it was a Herculean task to get the top notch guests and get a good interview done.  With a heavy heart, CFlo, Producer Ben, and I decided to put the show on hiatus for the time being because of our commitments to family & life.  We just didn’t have the time necessary to make the show as good as it needed to be.  With some luck (and perhaps additional people) the DT Radio Show will be back in the future, maybe with a new format, but with the same irreverent, infantile, and irrelevant attitude that made the show unique. 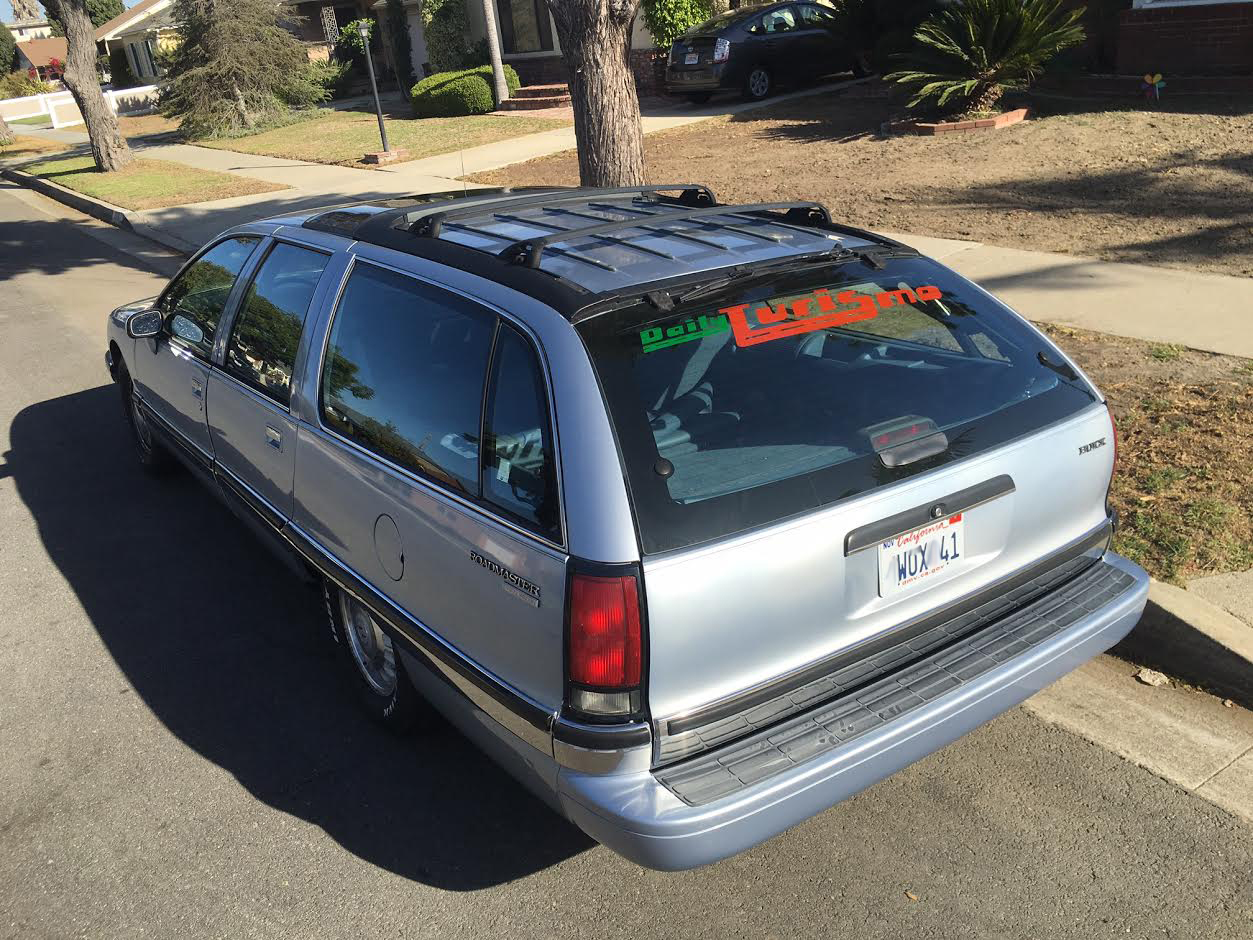 A few stats from 2016, because who doesn’t love stats!  It was a good year, with 380,279 unique visits, 737,423 sessions, and 1,413,373 pageviews, which sounds like a lot to me, but it was actually a bit down from 2015 (2.1 million pageviews)…perhaps due to the way that google measures visitors versus spam bots, or because I’ve managed to alienate yet another group of car enthusiasts…who really knows?

Despite the lower pageviews and unique IPs, there is some positive results in the data — how people are coming to DT is changing for the better (I think).  The majority of traffic is still direct (people typing www.dailyturismo.com into their browser) but google organic (search results) traffic is up to 31% (from 18% in 2015) and bing/yahoo numbers were up as well.  Facebook continues to deliver clicks on the 24,000 people who’ve “liked” DT’s facebook page, but I’m still not convinced their is much value in social network numbers for a classic website like DT…but I’m no expert…yet. 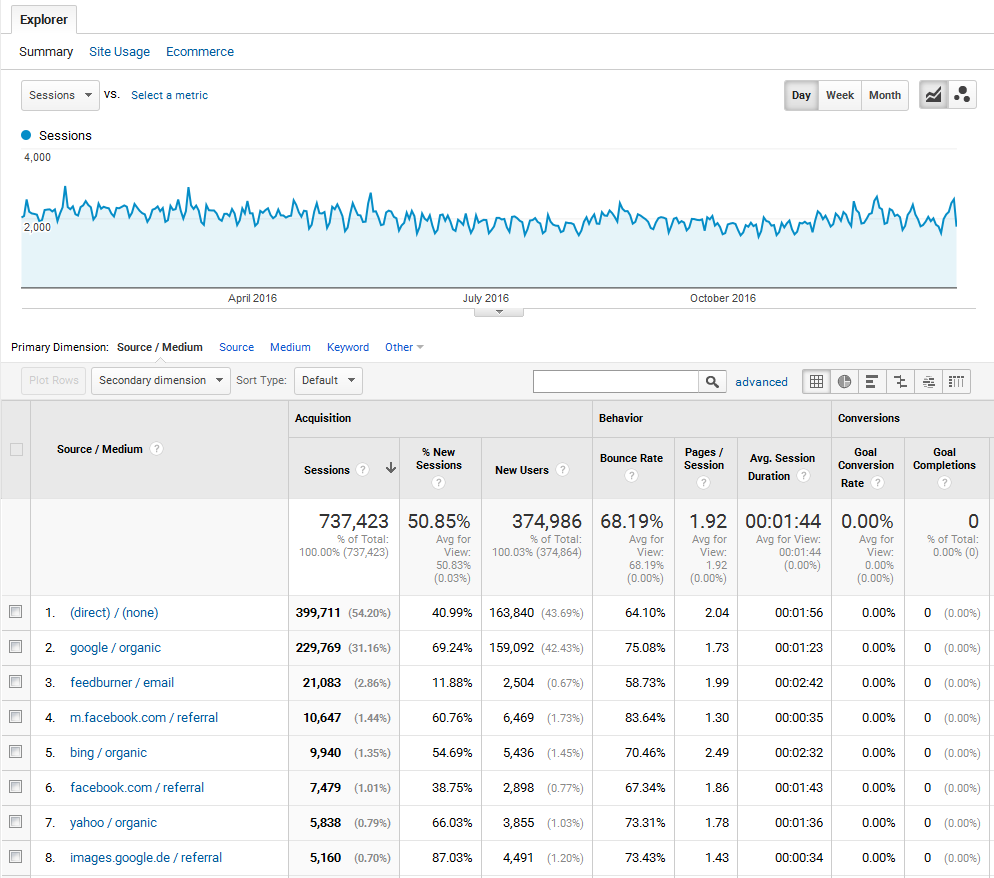 That was 2016…and it was a good year for DT…but what does the future hold?  To be perfectly blunt, I’m not sure.  I can tell you that the new writers will continue to deliver the good stuff, and that I plan to continue writing scathing reviews of everything I can find (I saw a new BMW today that was the color of bacteria infused mucus) and I will continue to fight for the little guy.  As a thanks for all the tips & comments DT will continue to provide a collection of the best cars for sale on the internet and, like the menu at Taco Bell, Daily Turismo in 2017 will be bigger, better, badder, and beefier.