The taste of free coffee/Hors d’oeuvre/beer/flash drives is still fresh in my mind, so I’m going to try to give a quick highlight of the LA Auto Show.  The press and industry days is a manufacturer funded fun time, where booth babes, Ballast Point IPA, and bratwurst all compete for your attention…just trust your stomach is what I’ve always been told.  The nudge-nudge wink-wink deal between the auto makers and journalists isn’t unique to this industry, but it is in plain sight at an auto show, so I’m going to try and avoid too much cheerleading and stick to snarky quips about stolen design elements...yes Cadillac CT6, I’m looking at your Jag XJ tail lights!! 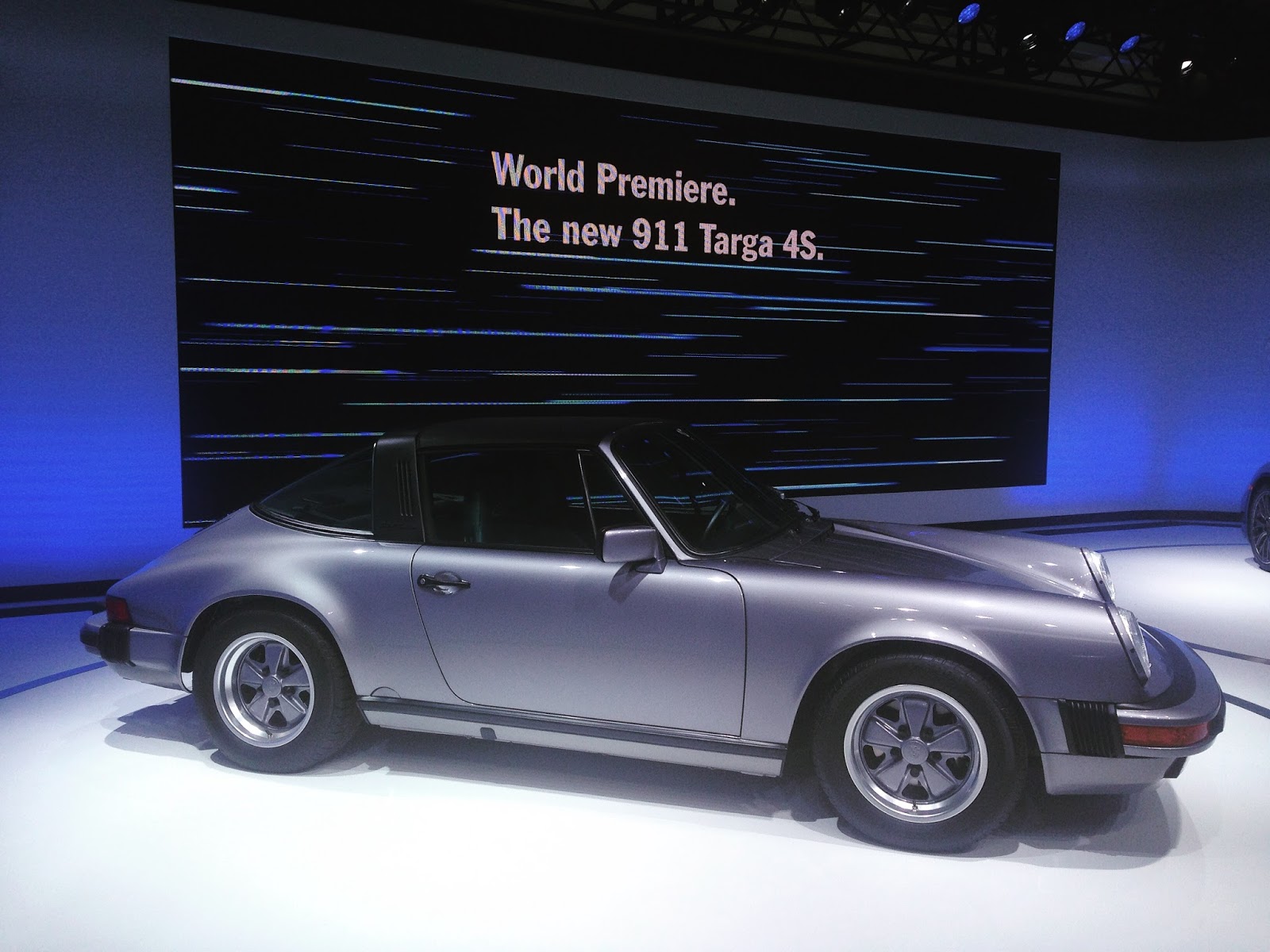 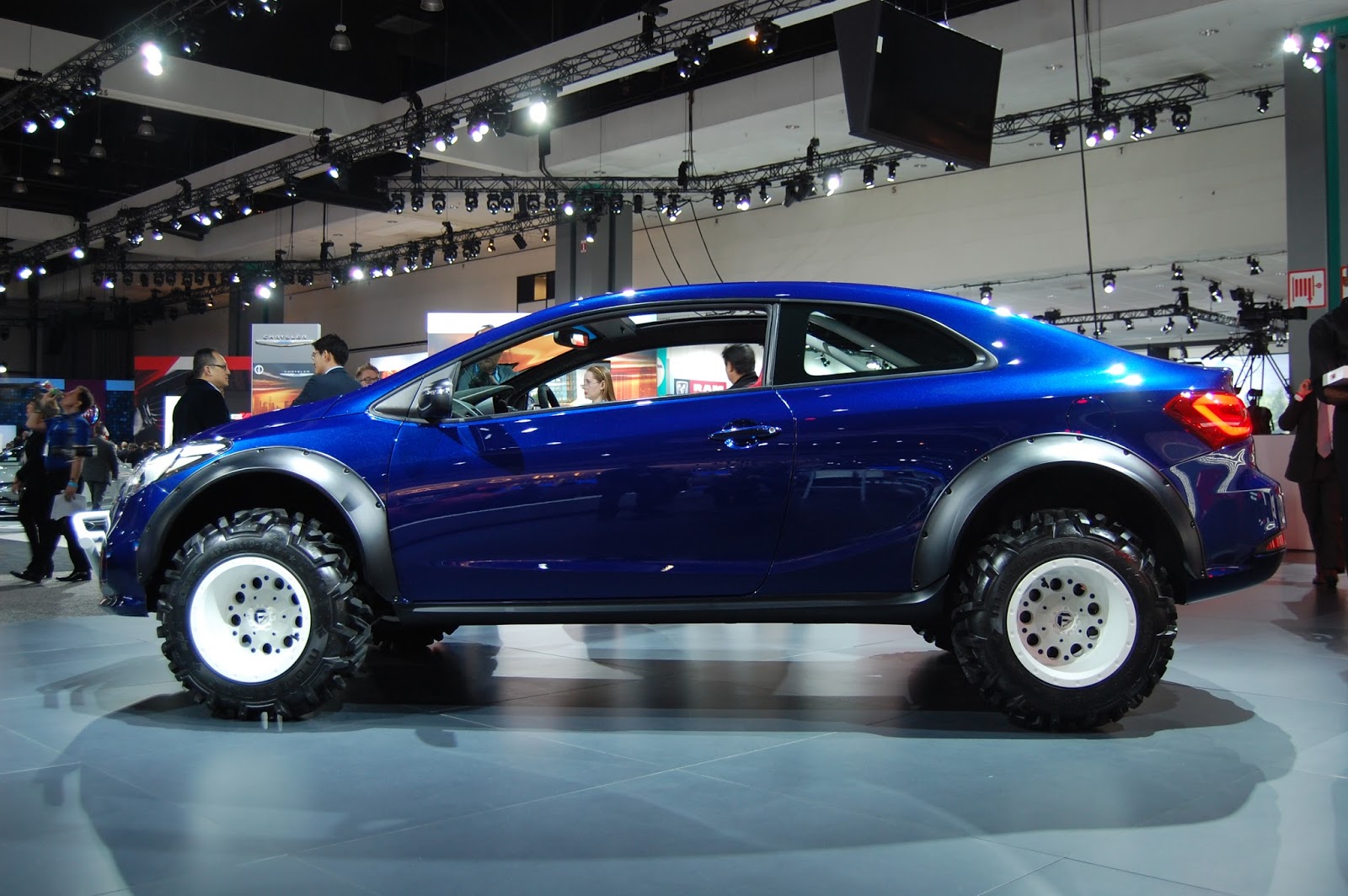 The guys at Kia are really trying to fit in to the land of freedom and Bald Eagles  — they had some SUV with a locking diamond plate tool boxes in the back, a lifted 4X4 Forte coupe, and a suicide door equipped sedan…right next to the Lincoln display…ouch! 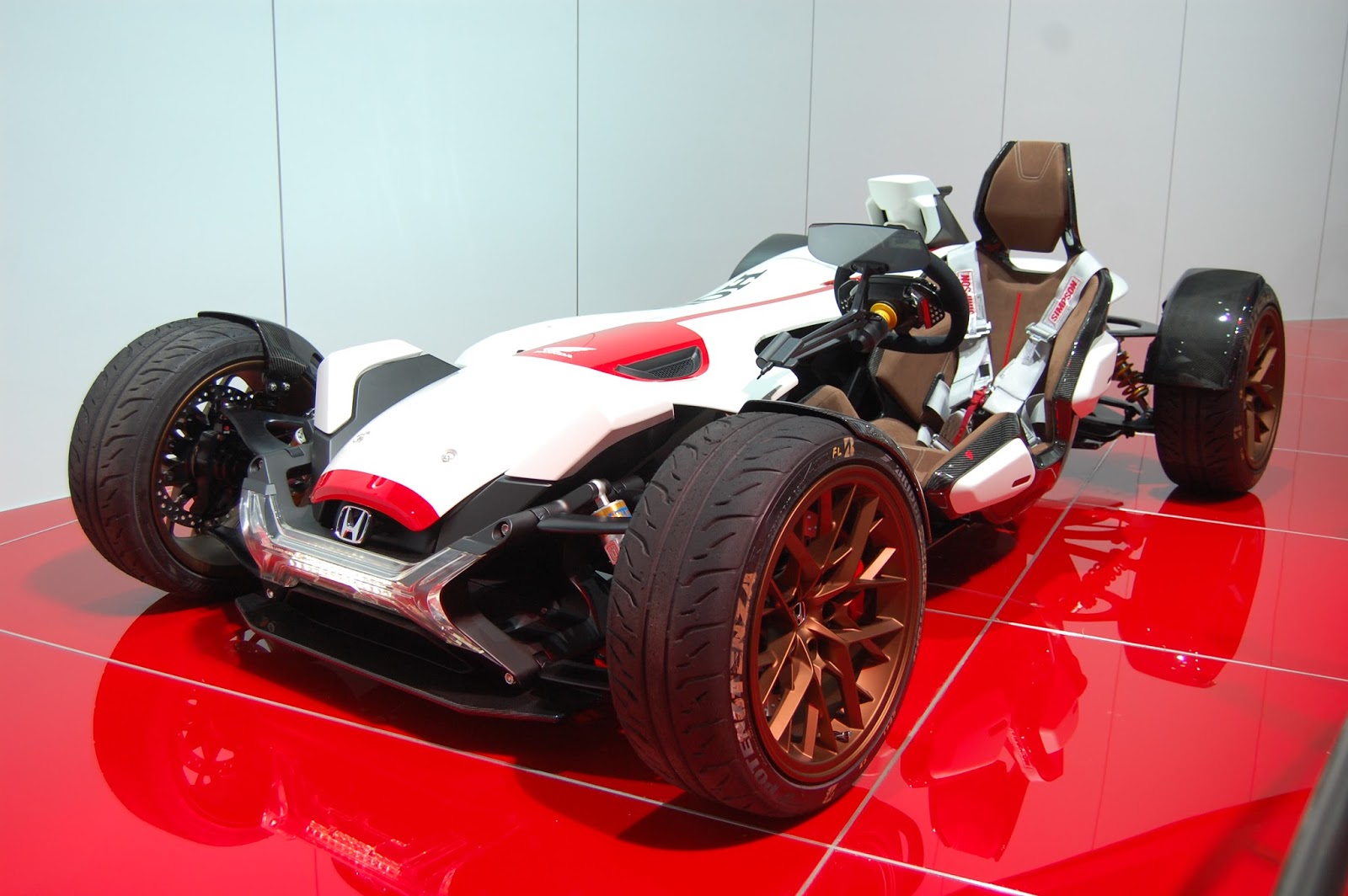 Honda built this insane thing called Project 2&4, which was allegedly a collaboration between the automobile and motorcycle designers.  The soon to be dead guy pilot sits totally exposed with his cheeks a few millimeters from the pavement and will enjoy 212 horsepower (from a 1.0 liter V4 from Honda RC213V) pushing around 893 lbs of curb weight.  Zoom zoom?  Oh yeah…wrong company, something about dreams. 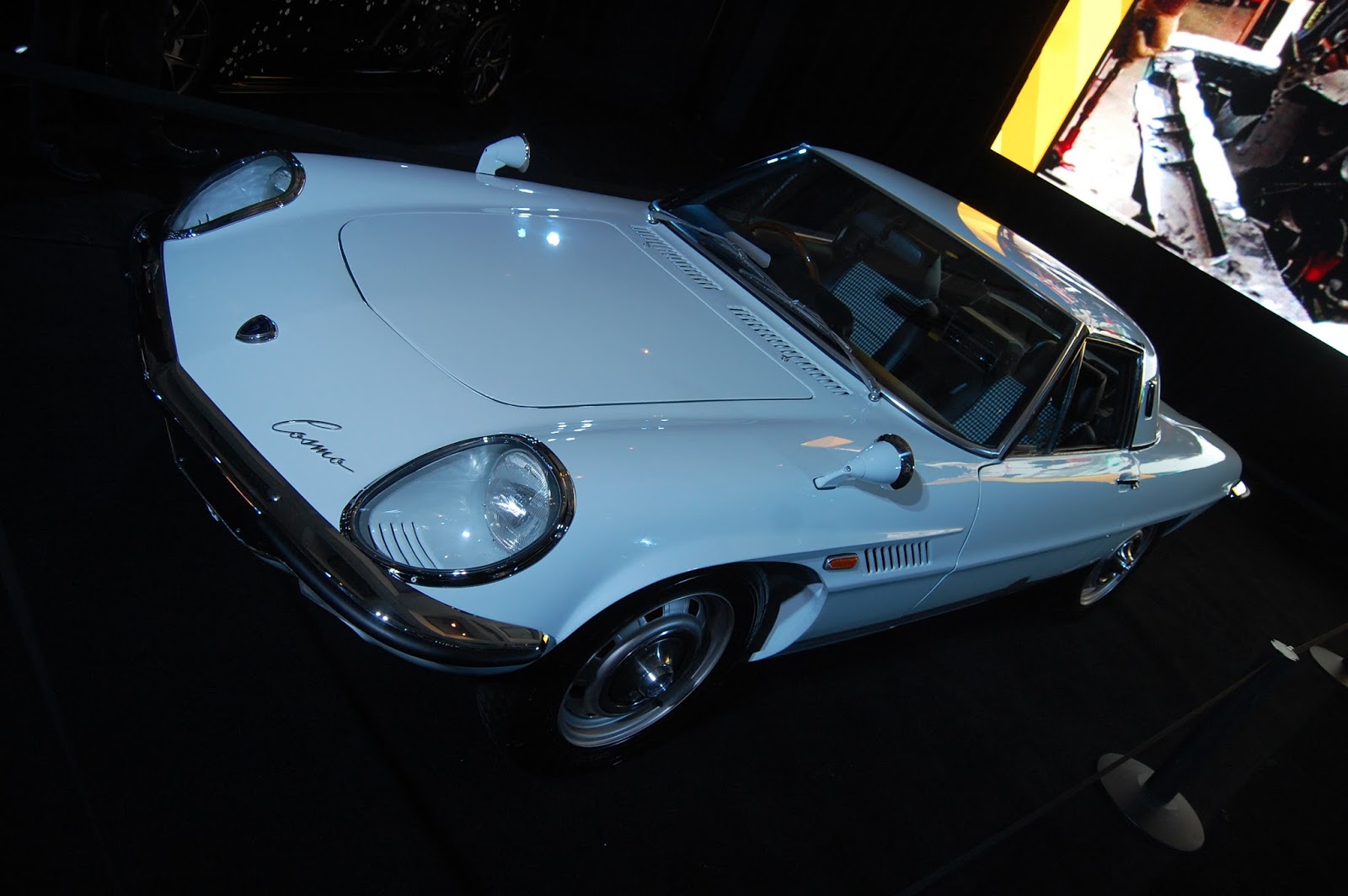 The show is jam packed with OEs hawking their new SUVs, crossovers, and grand coupes, but I find myself inexplicably drawn to cars with 100 horsepower and chrome bumpers…wow, a Mazda Cosmo in the flesh. 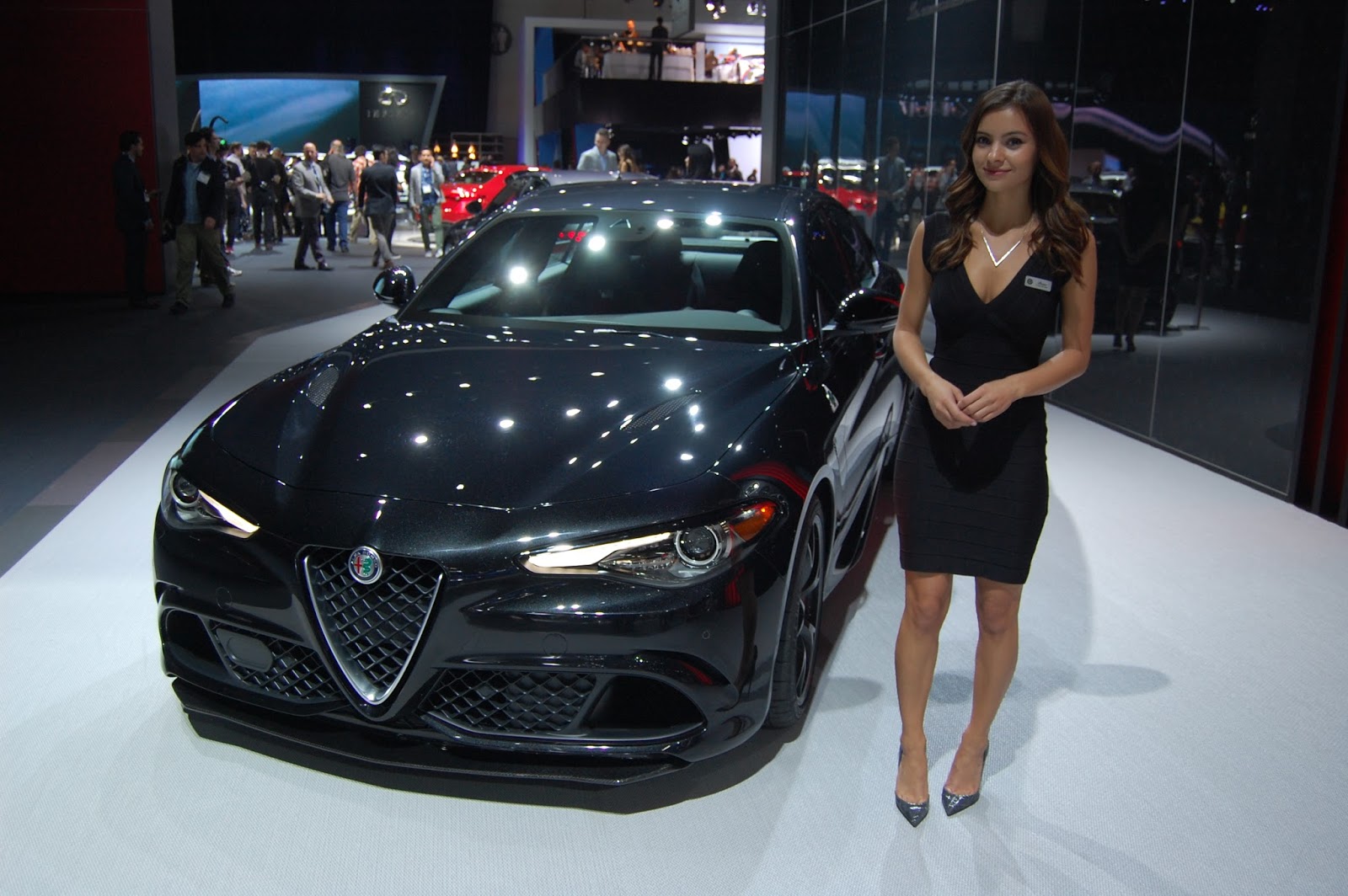 Mrkwong asked for a pic of the new Alfa Romeo Giulia and later for a pic of a booth babe, so here we’ve got a 2-fer-1.  Her name is Paris (didn’t catch a last name) and she apologized for eating lunch before the picture (true story…). 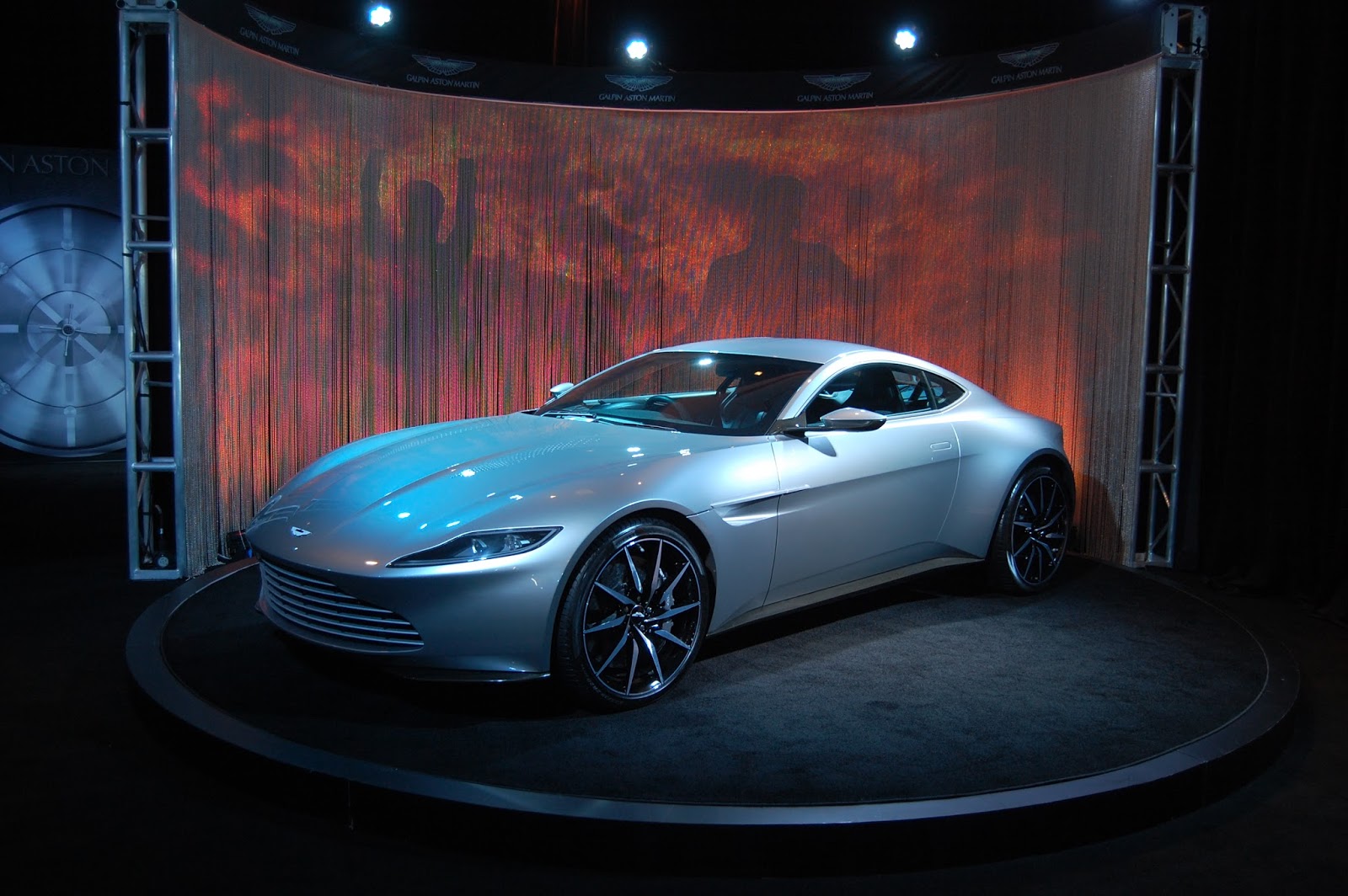 The new DB10 from the James Bond flick Spectre was display in one of the middle halls (mostly Galpin custom stuff in it) and it looked nice. 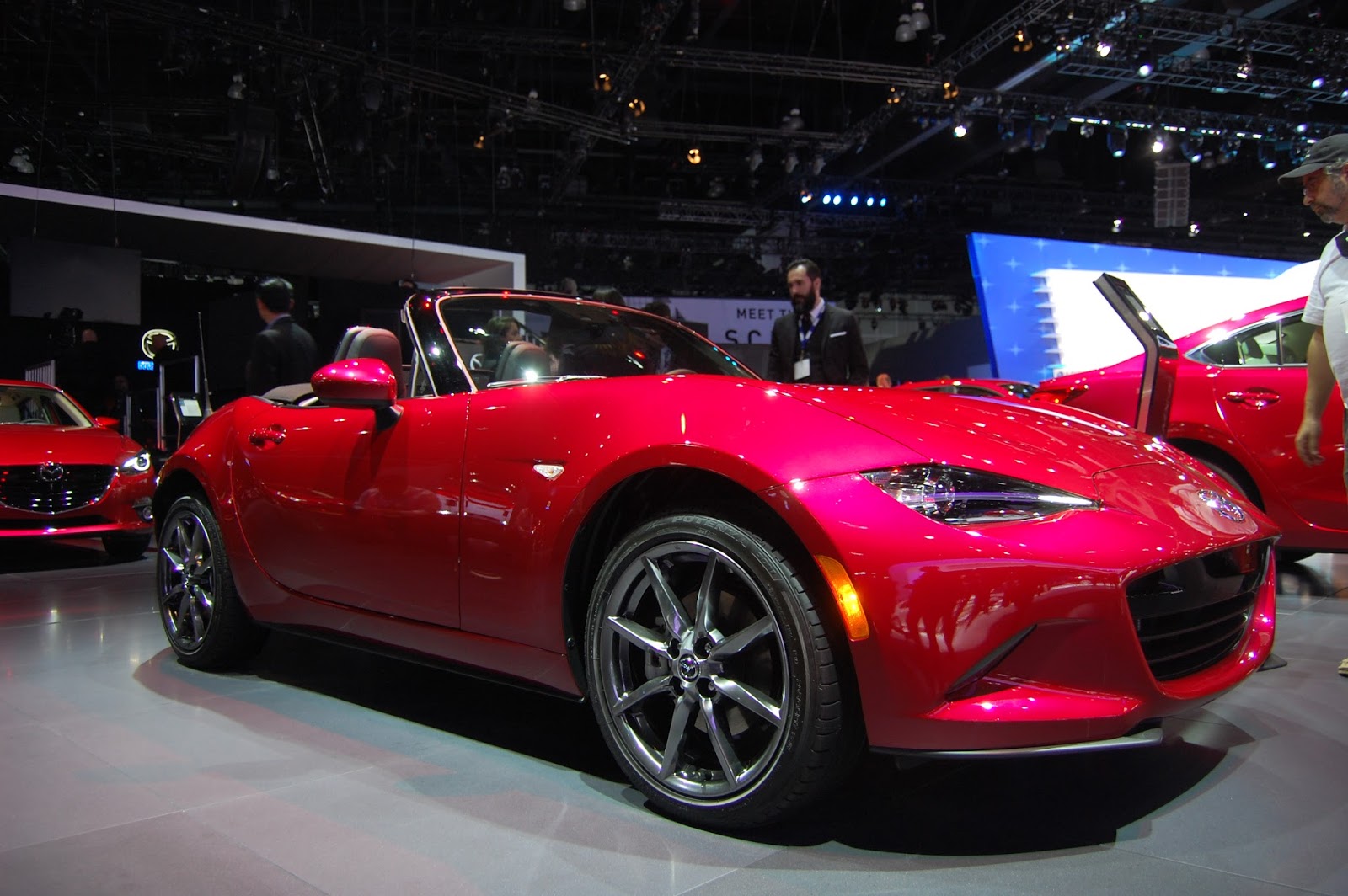 The ND Miata might not be new news, but it still draws a crowd under the bright lights of an auto show — and it is such a better looking car than the Fiat 124 Spider…sorry Chrysler. 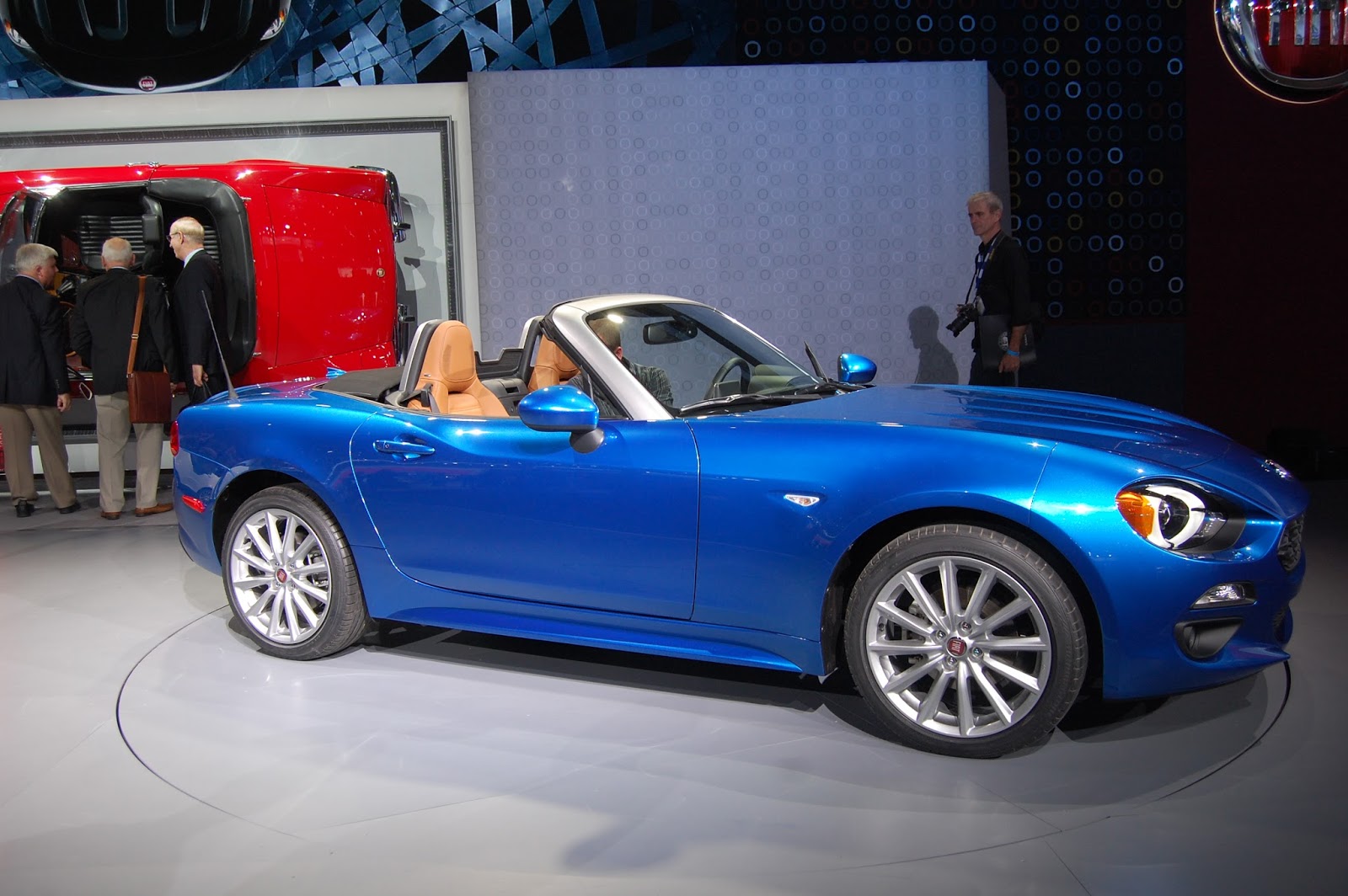 Fiat/Chrysler had such an opportunity with the Mazda built and Fiat badged 124 Spider — here they had the license to have a turbocharged version of the MX-5 with classic Italian style…and what did they do?  They made it look like a hybrid between a NB Miata and a Chrysler Crossfire — GUYS, SWING AND A MISS.  The worst product reveal since Betty Crocker released the 2010 cake mix in a box.  This car probably did well in some target demographics in their highly controlled surveys, but it is as bland as a McDonalds cappuccino.  They even managed to “Detroit” the wheel gap…arrggggg!! 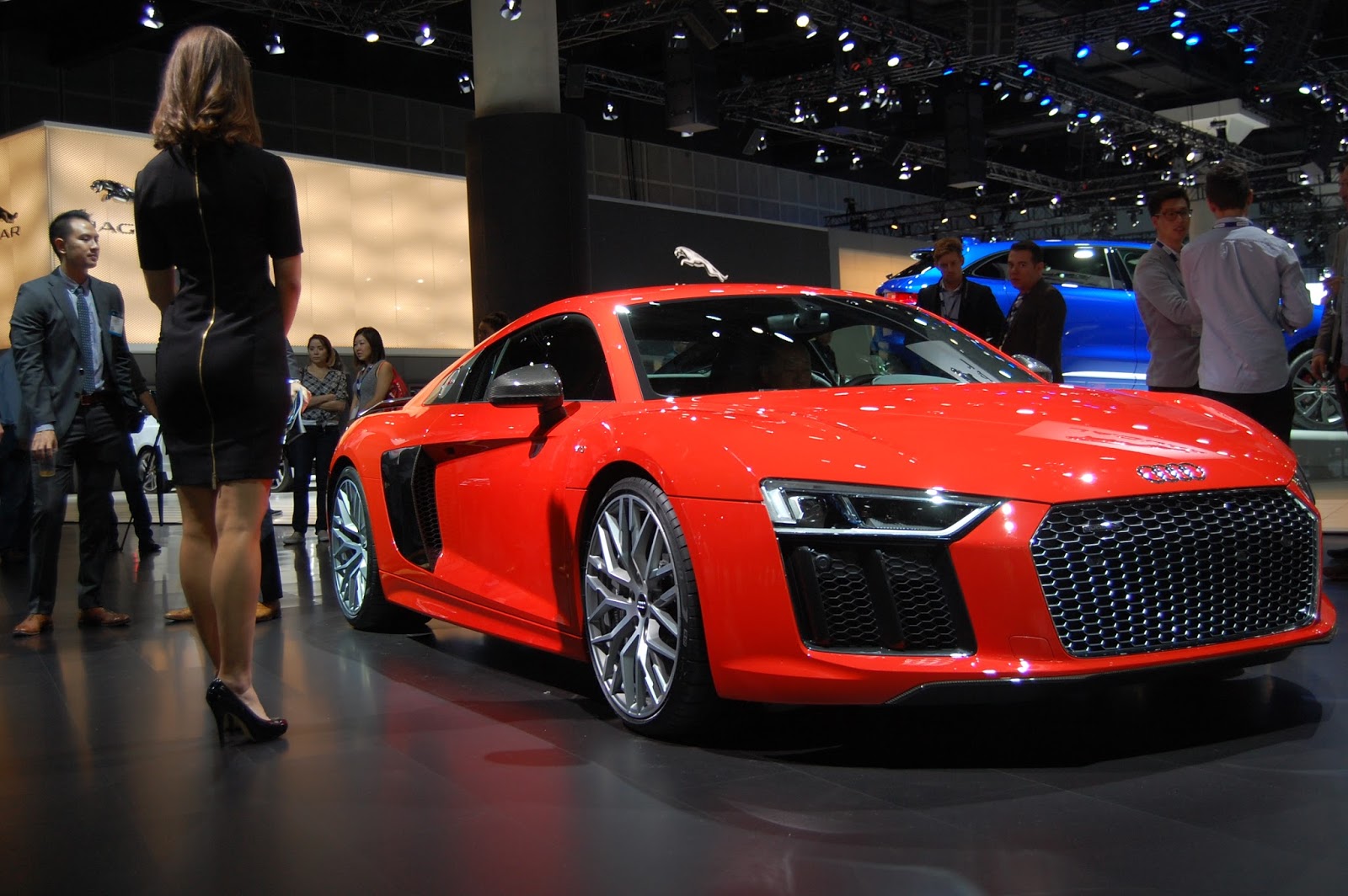 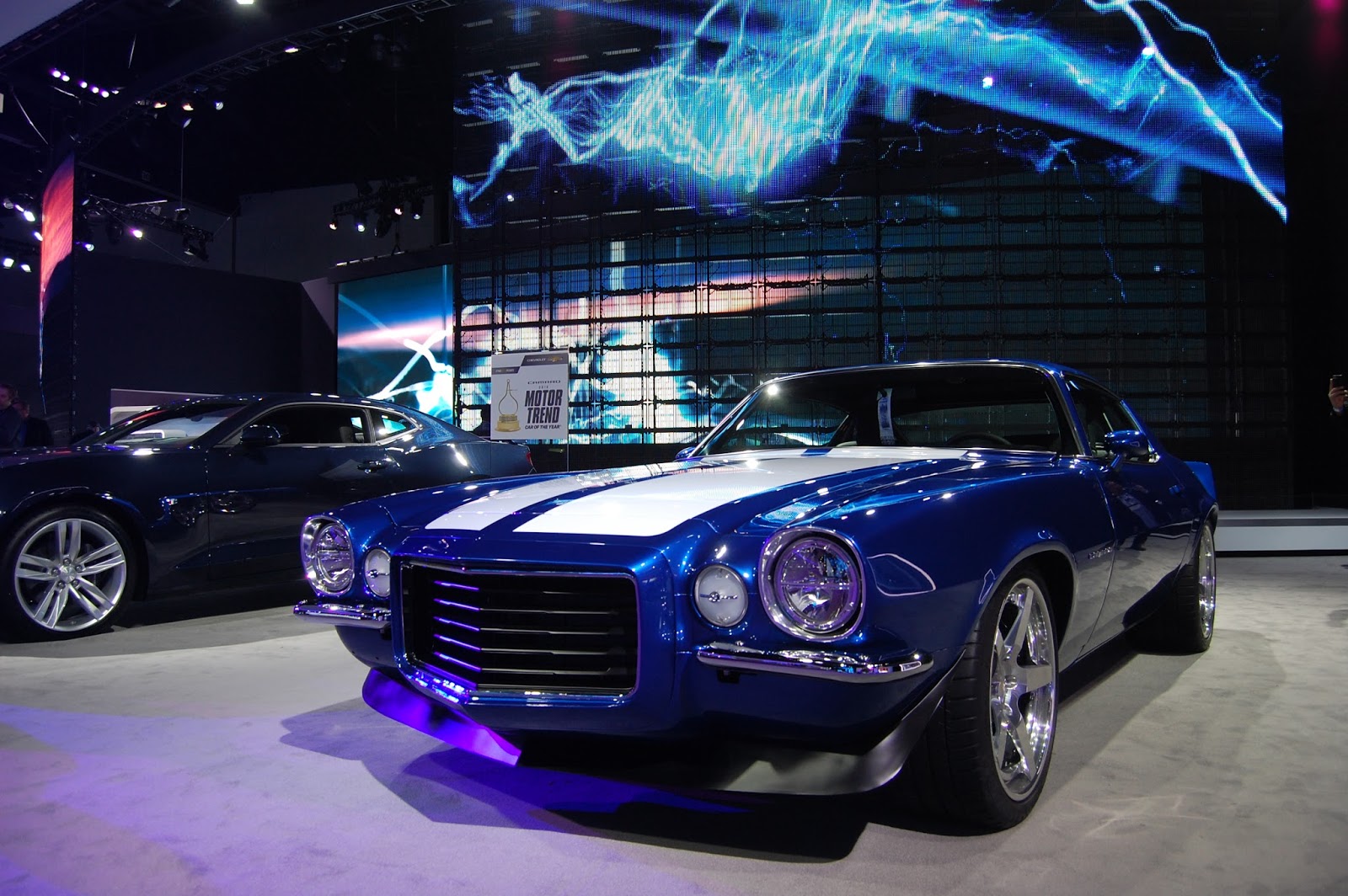 Every time I see a classic piece of iron next to one of the new models, I am reminded of how much I’d prefer the classic for driving…I must be getting old.  I didn’t expect it so soon. 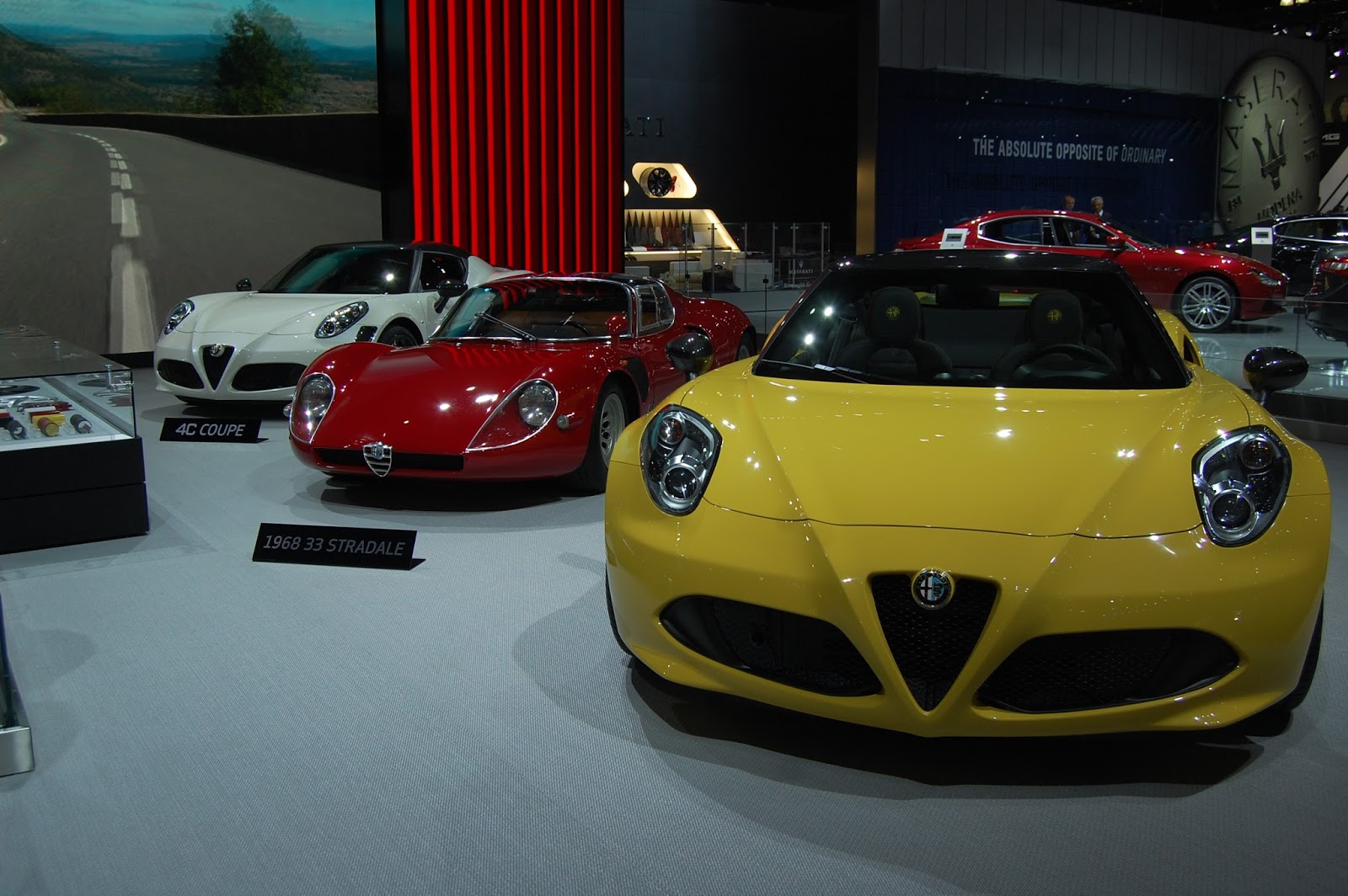 The new Alfa Romeo 4C is gorgeous…but that ’68 Alfa 33 Stradale just steals the show. There I go again… 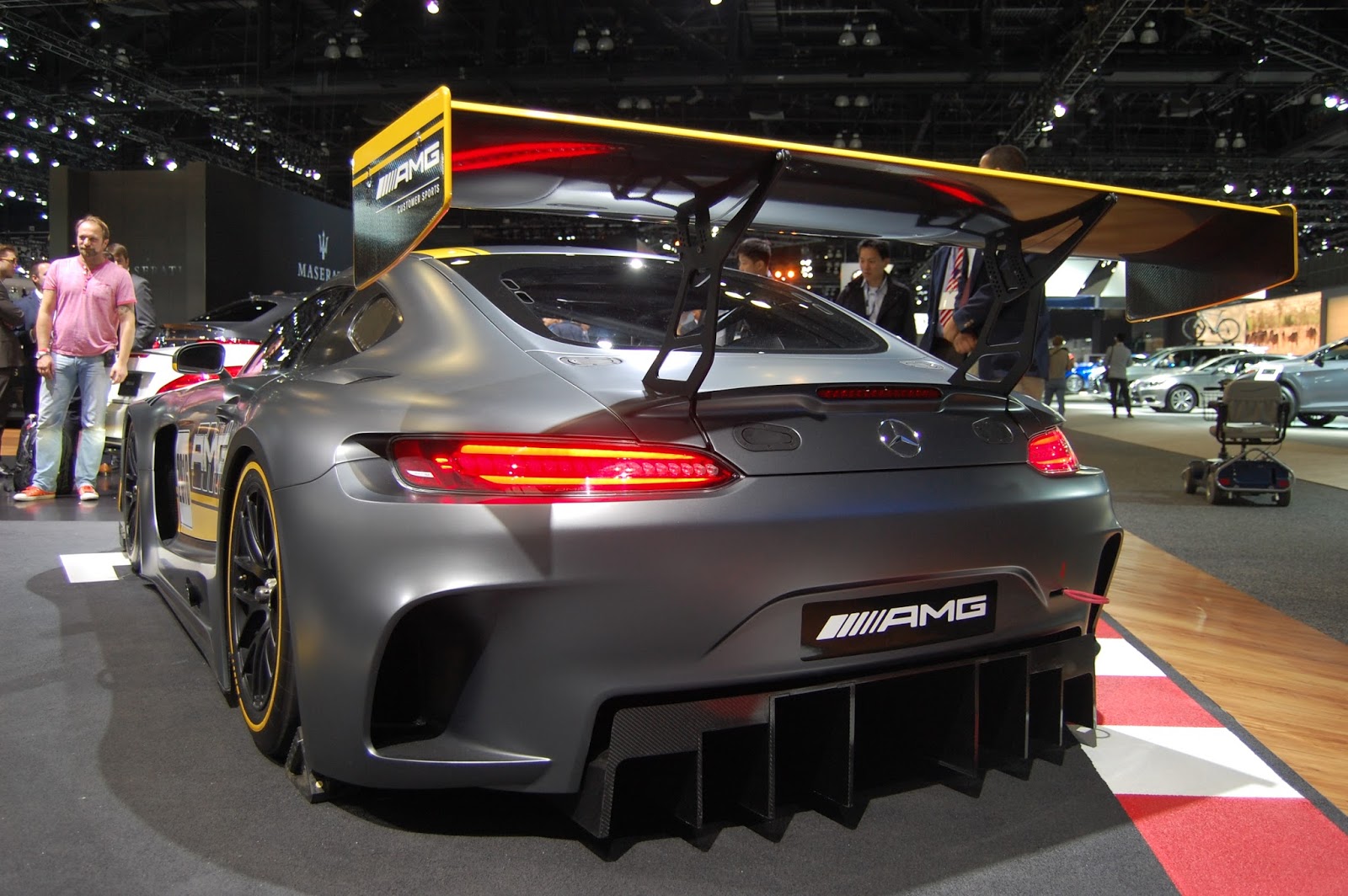 Time for a wing break. 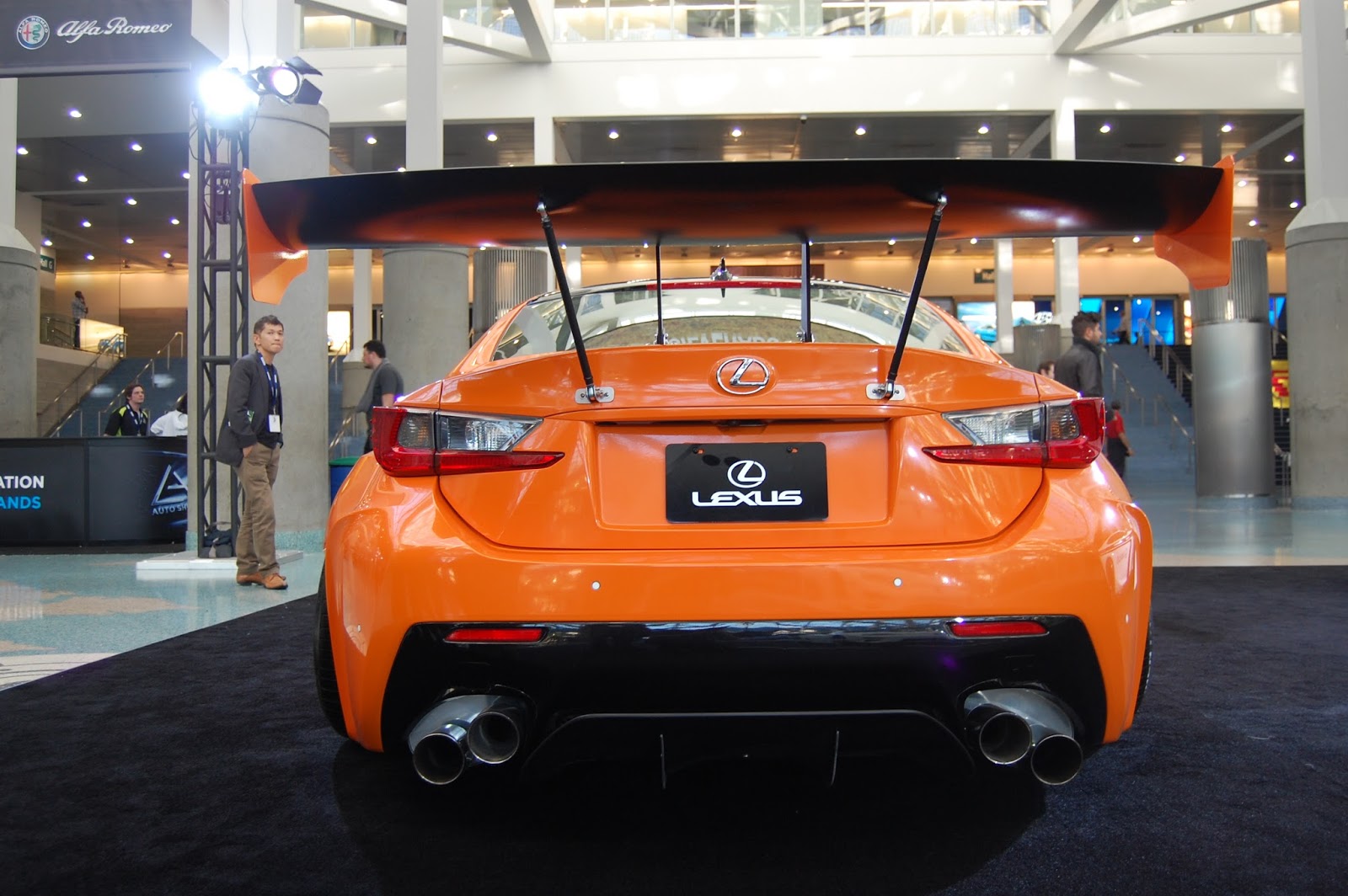 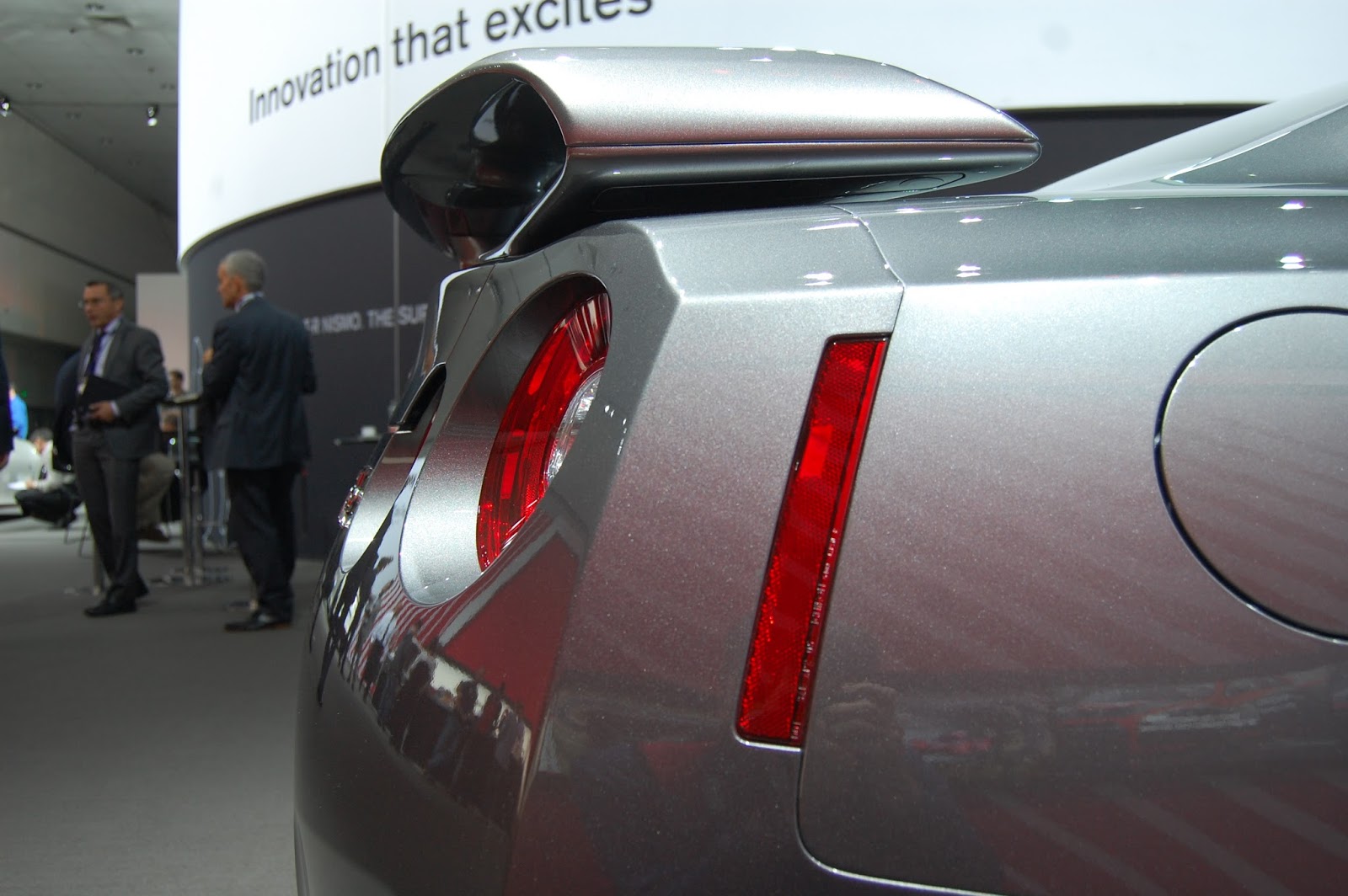 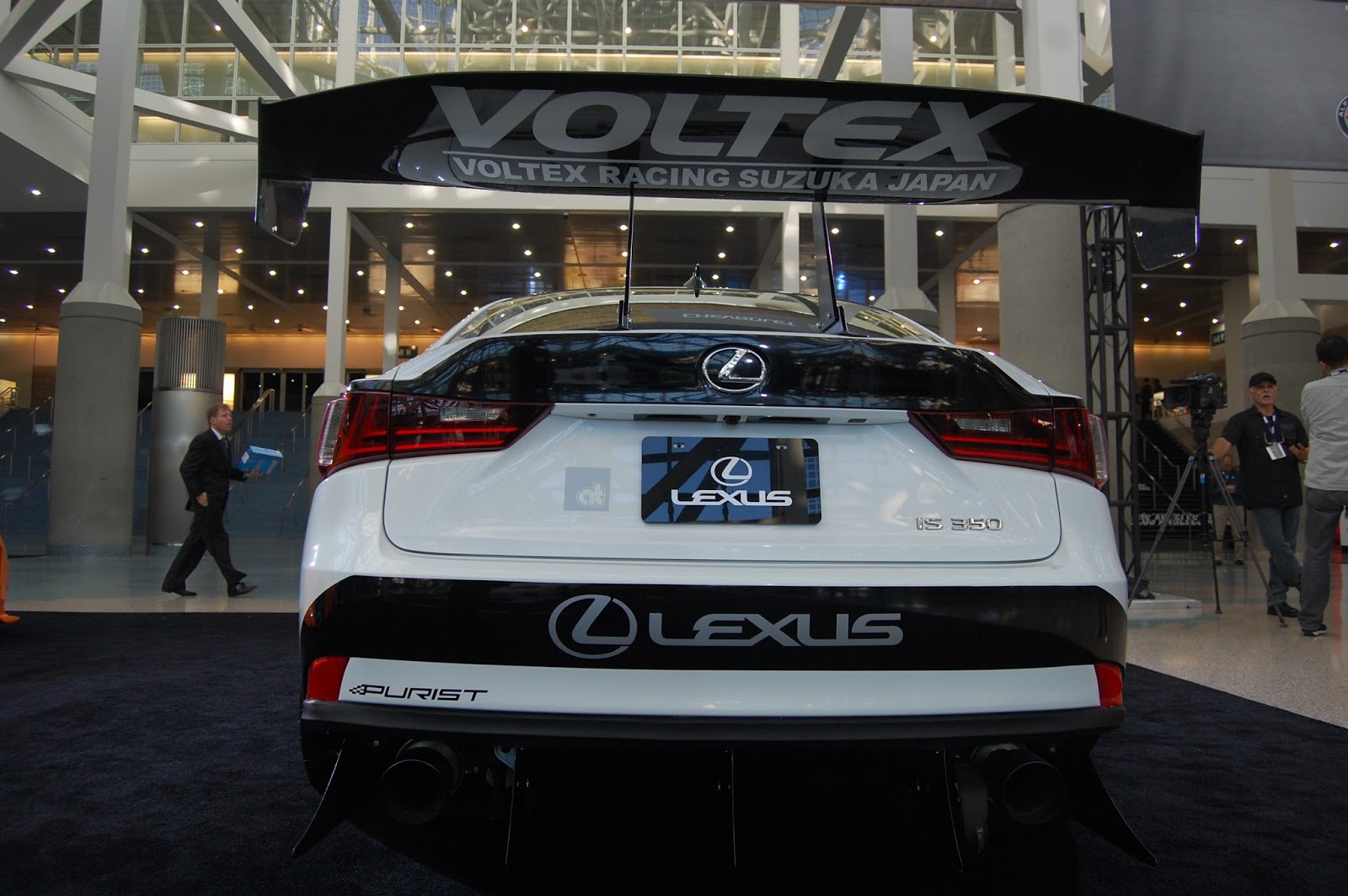 I think a family of 4 could live under this wing… 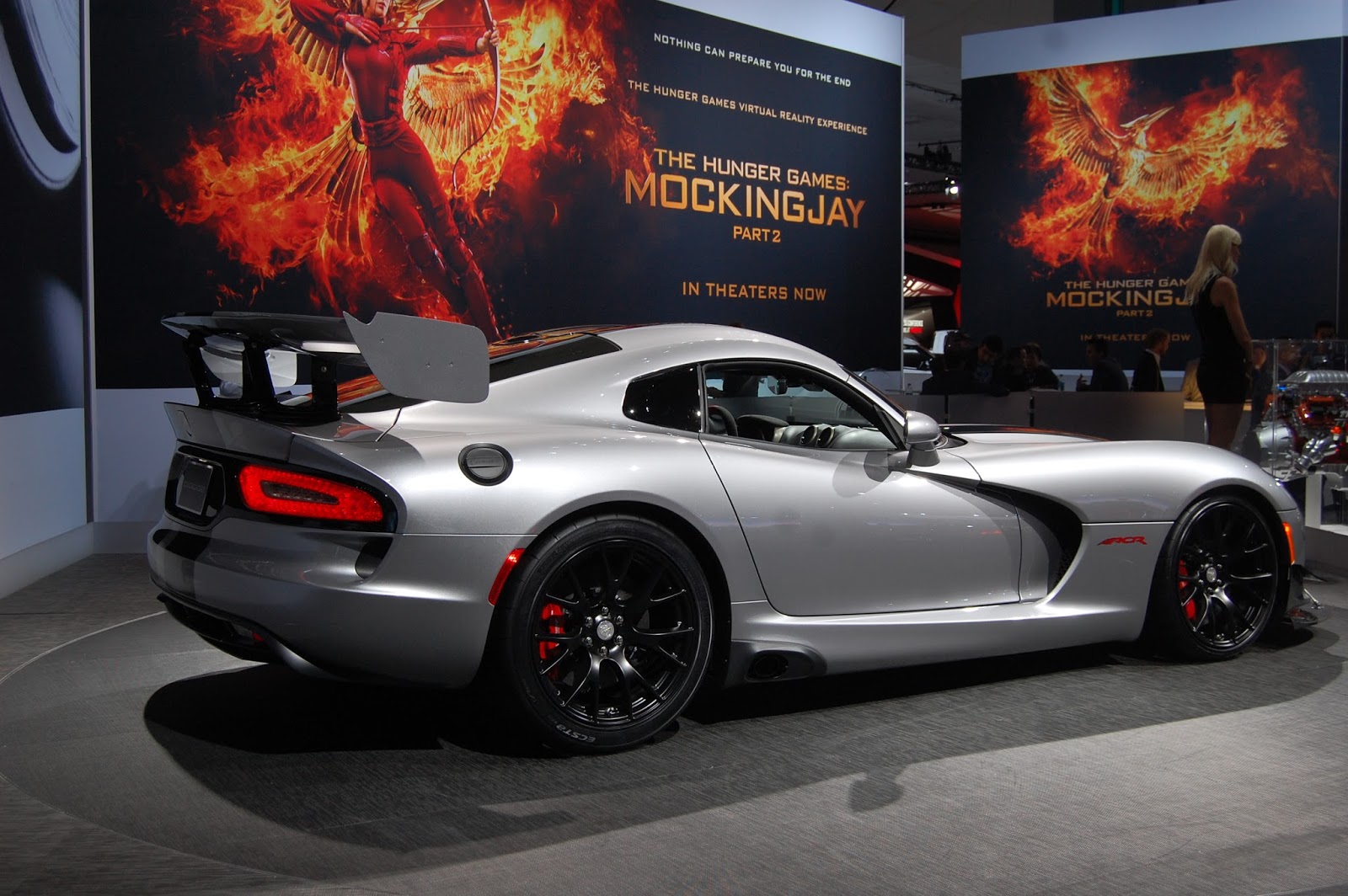 Even the Hunger Games Dodge Viper has a huge wing.  What does the Mockingjay Part Deux have to do with Dodge’s Nürburgring record breaker…I haven’t the foggiest; CFlo and I were sampling Bourbon that has been aged on a boat at the Infiniti booth while someone from FCA was prattling on about Katniss and Catalysts, or at least that what I imagined as I chased the bourbon with a serving of banana creme pudding. 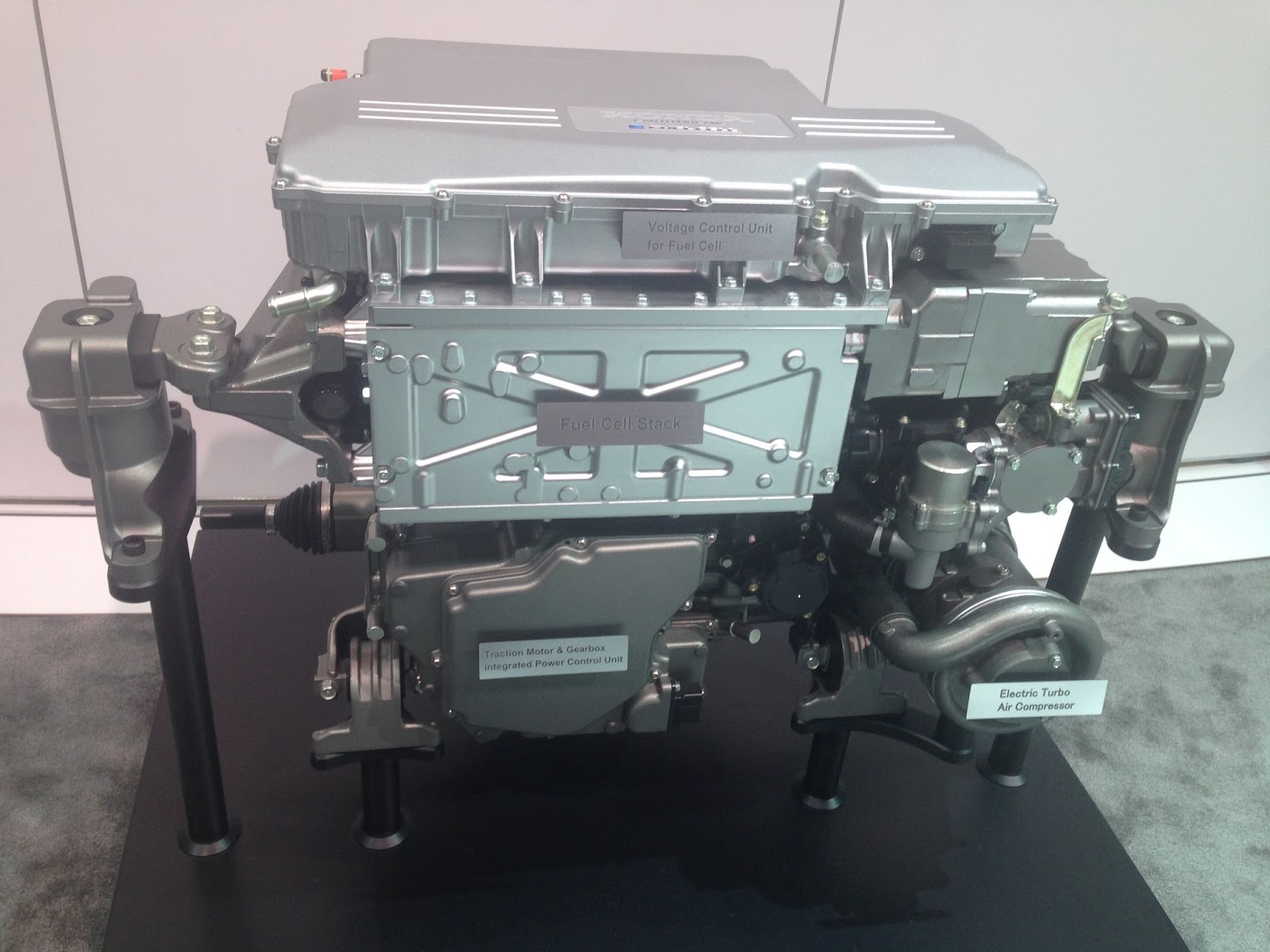 An AC unit, per the request from Kaibeezy.  Dang, that was some good bourbon.  The bourbonista claimed the act of the rocking boat and weather changes from crossing the equator multiple times brings a robustness to the flavor…but he was probably just making up stuff about it, it was probably aged in a plastic drum in a warehouse in Riverside. 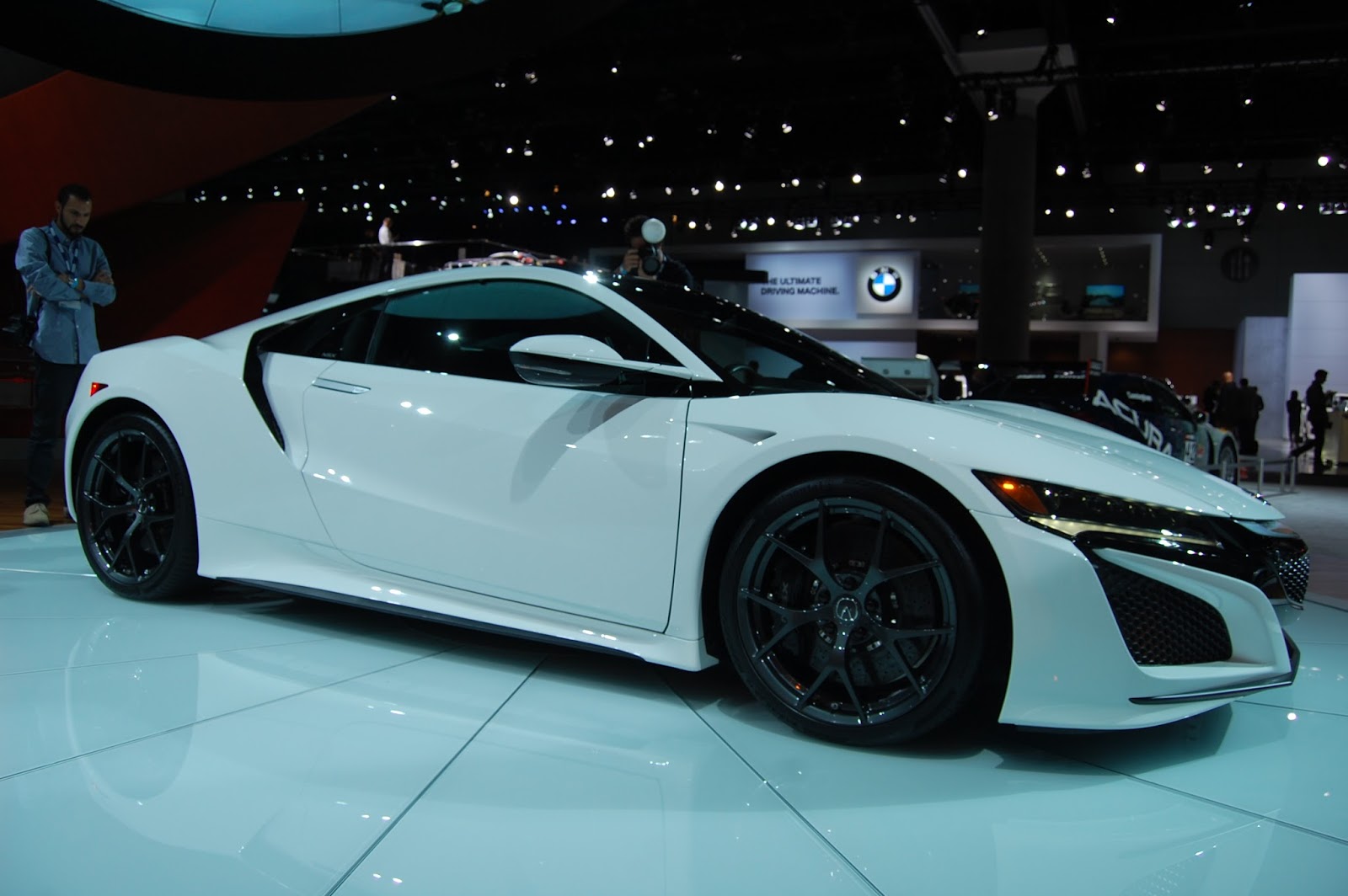 The new NSX is almost ready for prime time…come on Acura…or whatever your name is, the replacement for the NSX was first announced in 2007, later released in a 2012 Super Bowl commercial…why don’t you have them in the showroom yet?  Production is expected for 2017, which would put it in the market about the same time as the new Ford GT which was first shown at the Detroit auto show this year.  Both cars will feature mid mounted twin-turbo V6 engines making in excess of 500 horsepower, and I cannot wait for the inevitable internet bench racers to get into arguments about it.  Between the two, I’ll pick the 2017 Corvette Z06 Z07 C7.R BBS PDQ XXX edition. 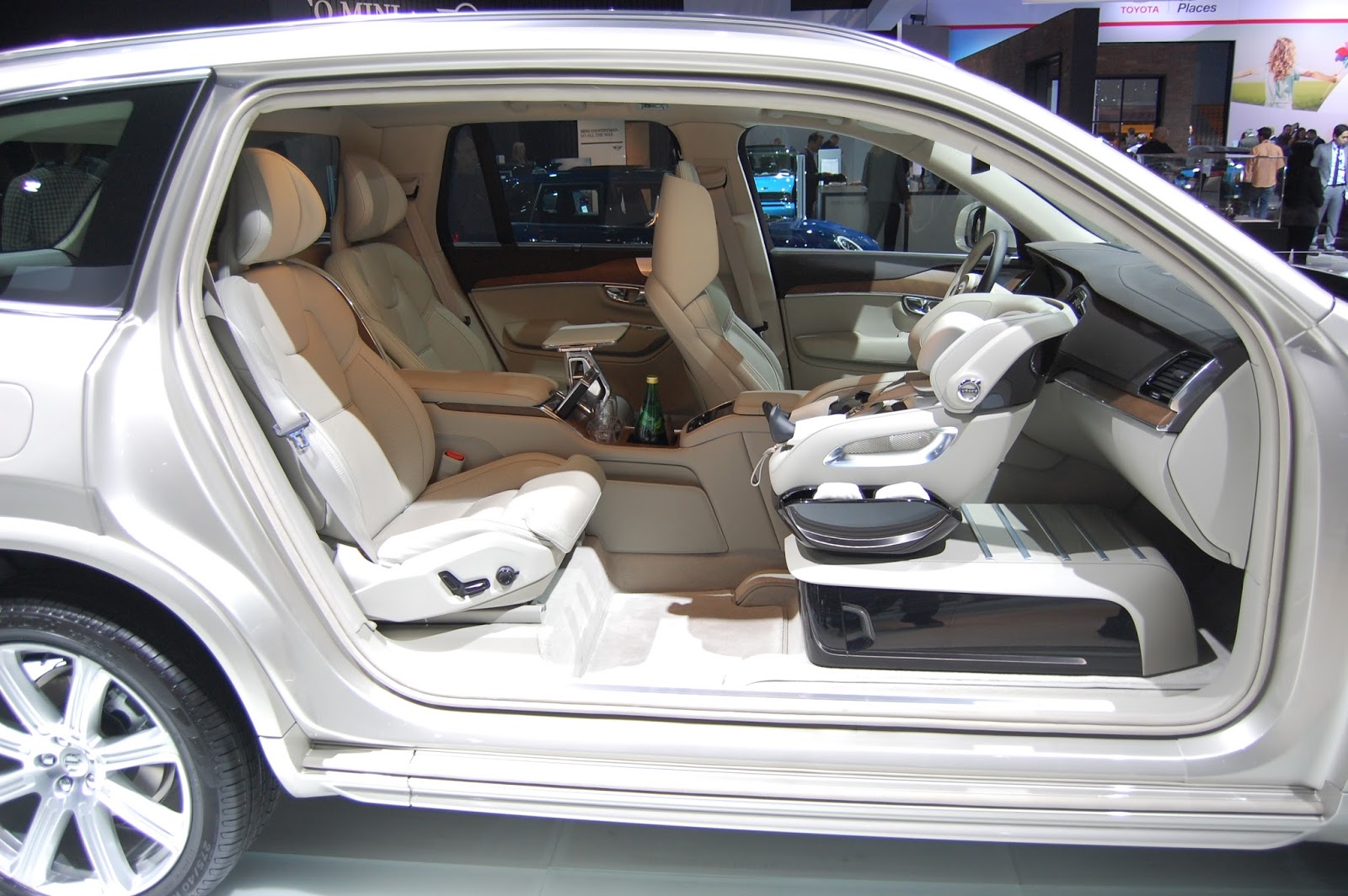 I really like this Volvo XC90 family seating setup, but the Jeep style doorless side (canvas doors might be optional?) seems like a step back for safety…perhaps. 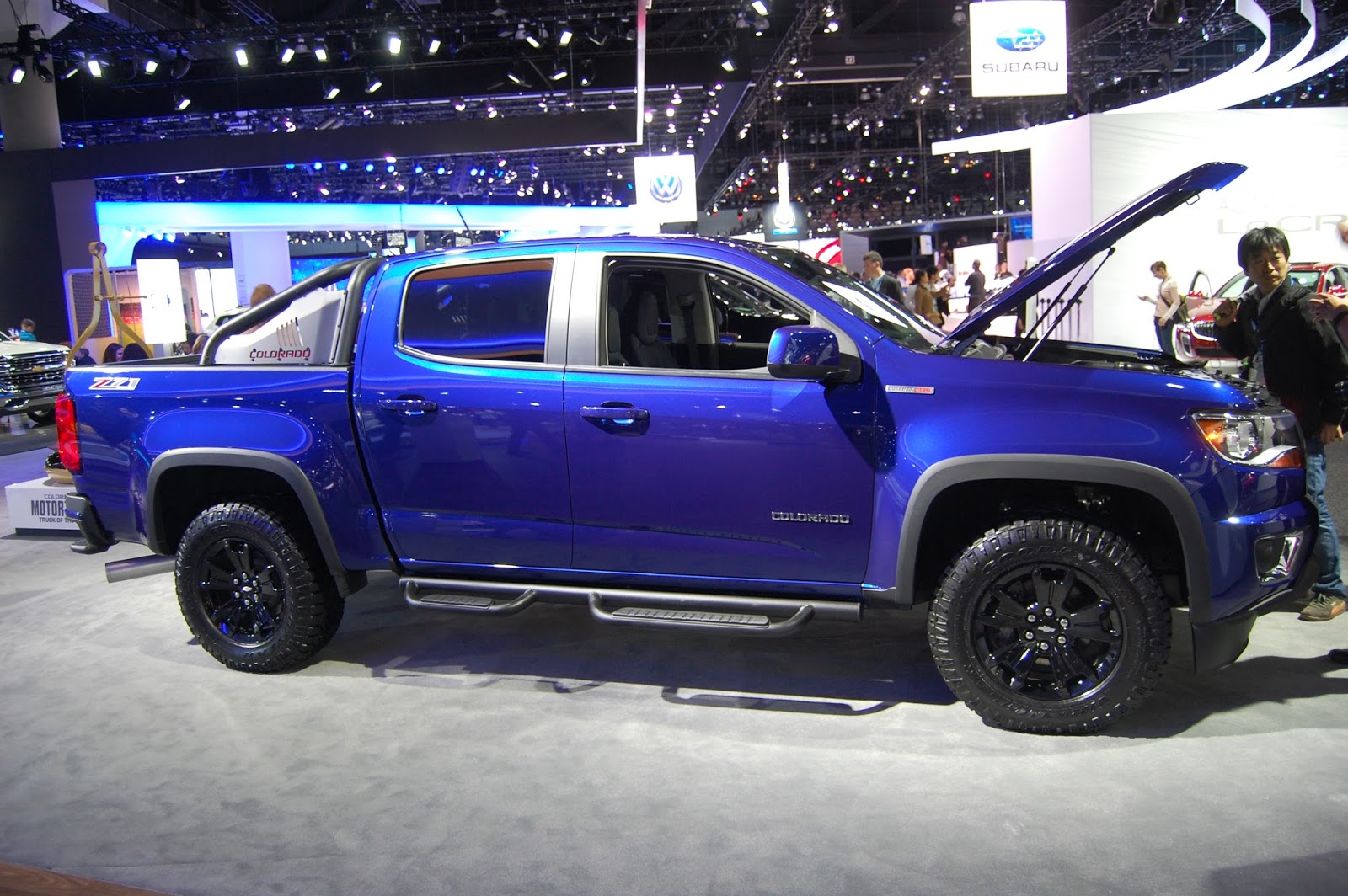 This Chevrolet Colorado was one of the more interesting cars at the show; it features a 2.8 liter inline-4 cylinder turbo diesel that gives it the performance of a conventional gasoline pickup with fuel economy of a car — not bad at all. 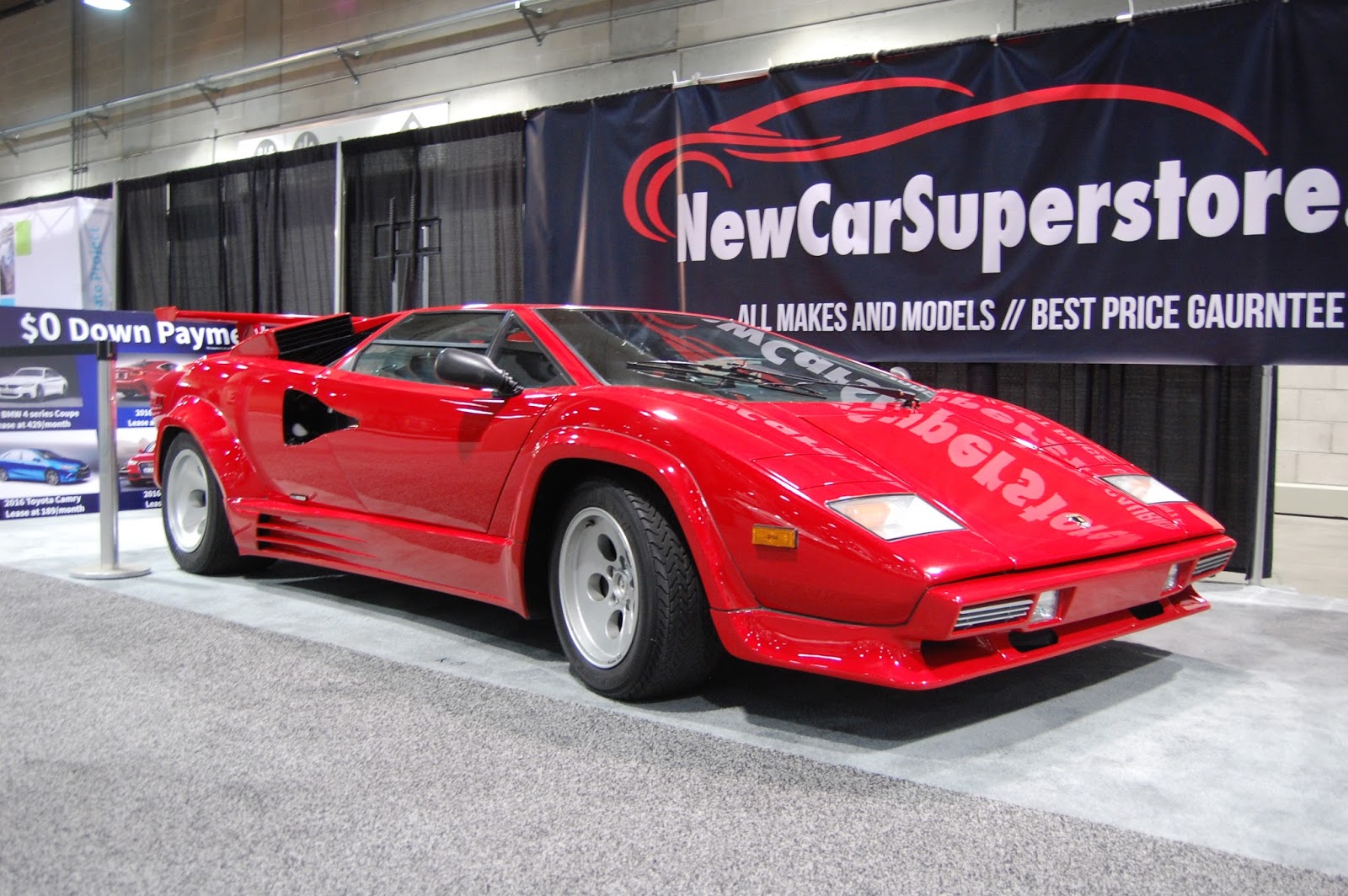 A trip to the basement was a vertible house of horrors and bad taste with 75 inch wheels and chromed GTRs, but this Lamborghini Countach was sweet. 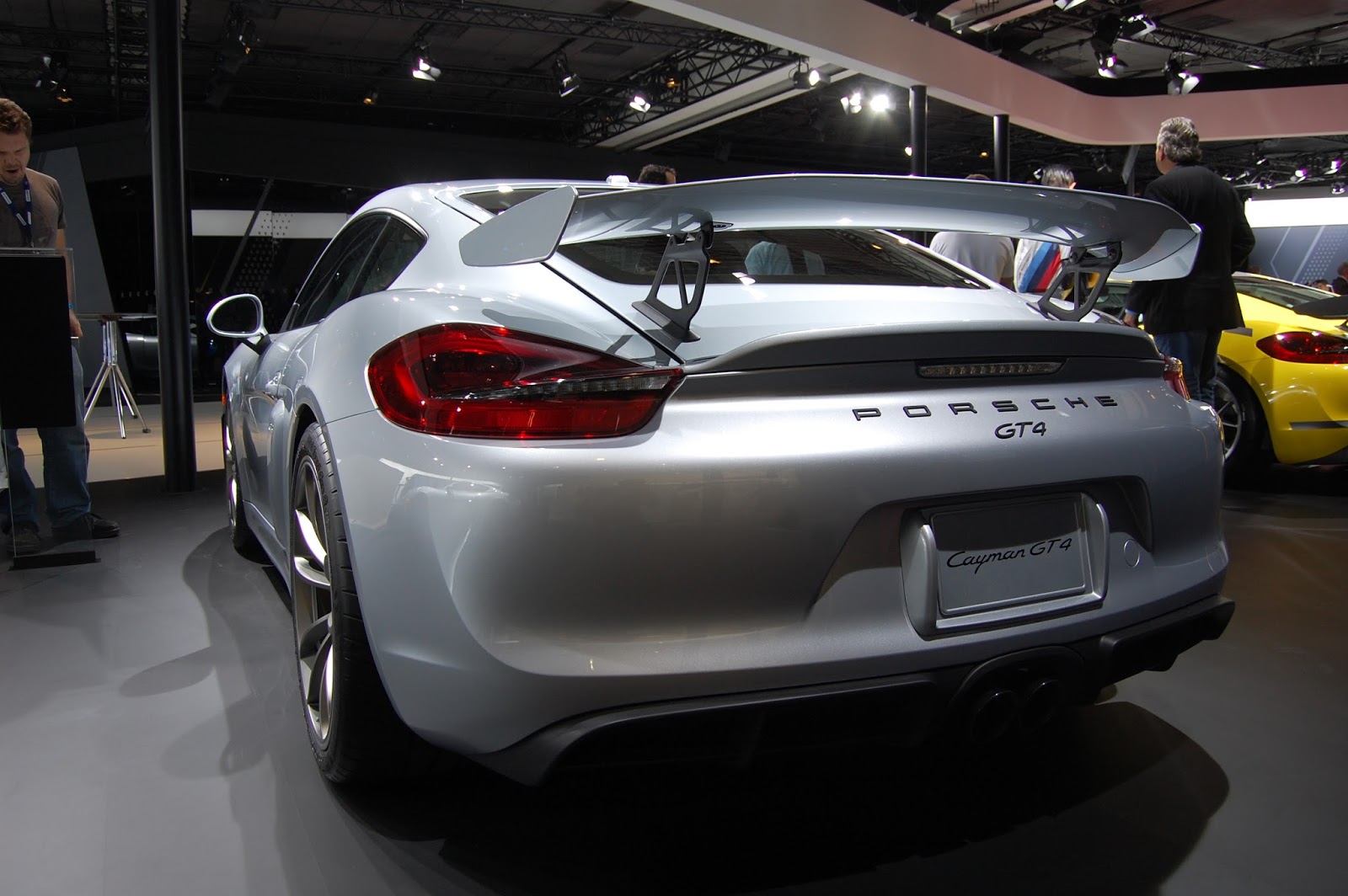 Back at Porsche’s private room, we found a Porsche Cayman GT4 — finally the Cayman gets a 385 horsepower flat-6 and speed to match the 911. 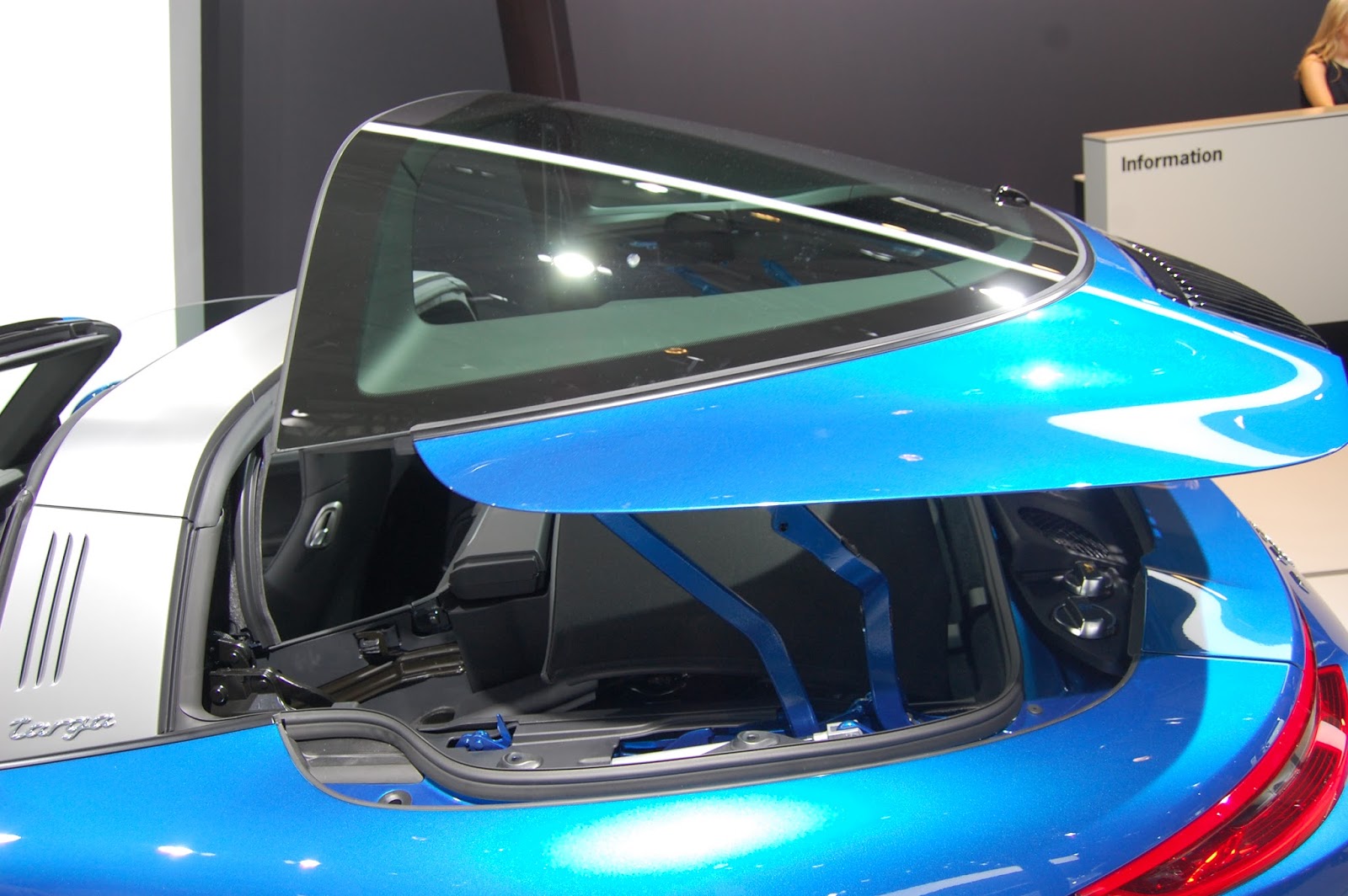 The Porsche 911 Targa is more like a folding-top convertible; the targa center roof section is automatically stowed or installed with a complex mechanism that reminds me of the thing Darth Vader used to store his helmet. 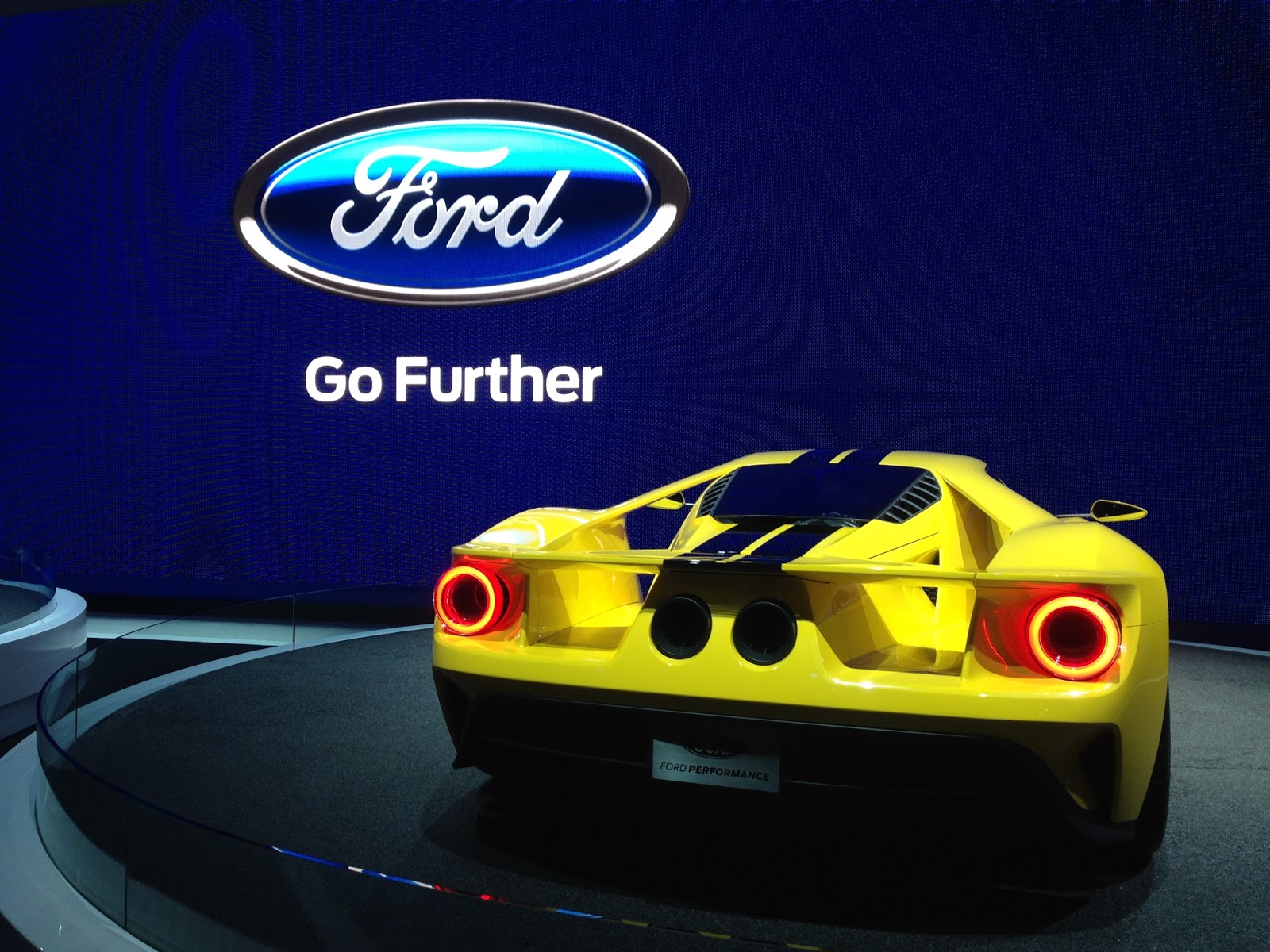 Ford’s new GT was on display, this thing is getting very close to production. Expect the twin-turbo V6 engine to be extra loud and backfirey. 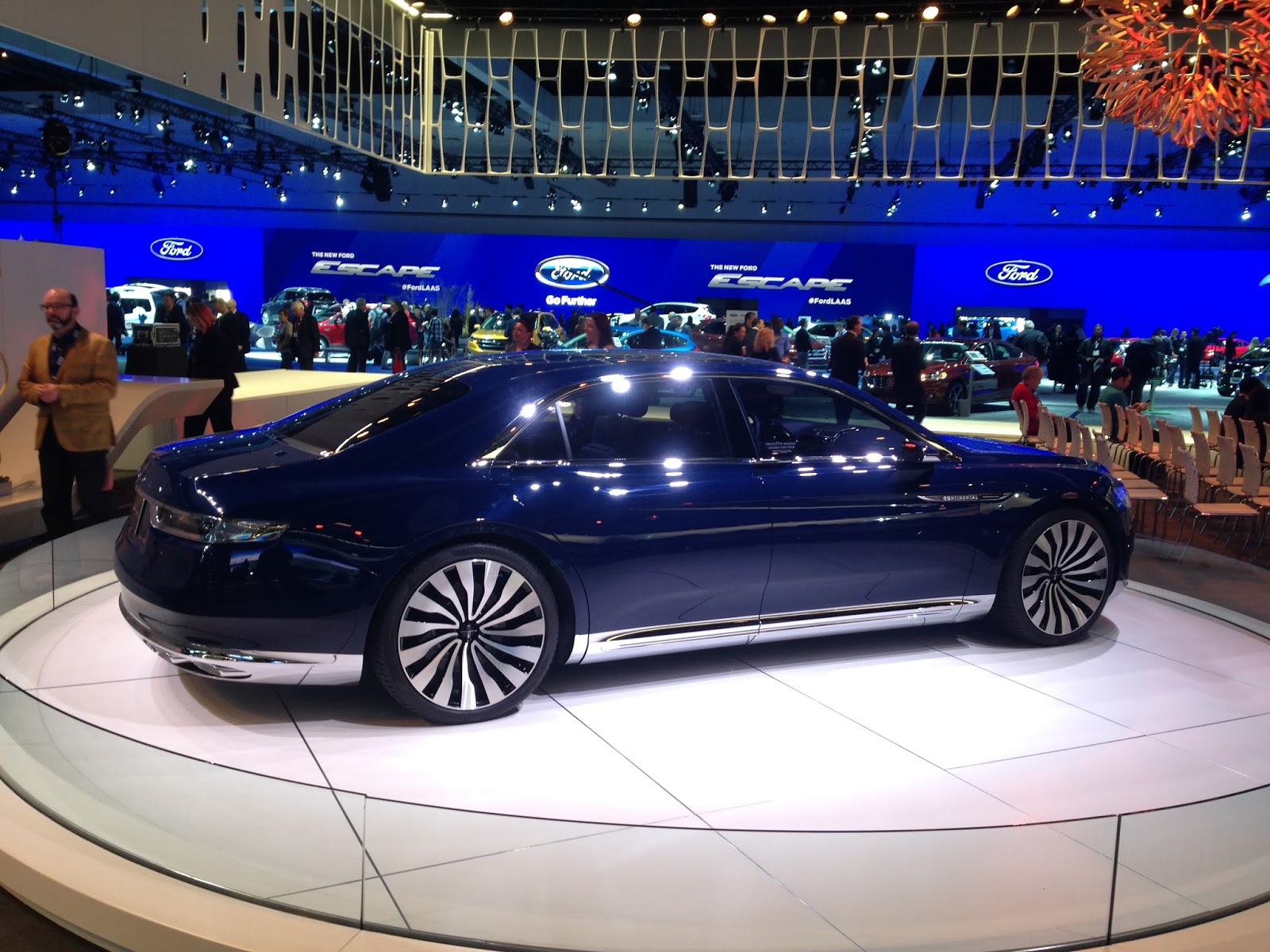 Lincoln was…well…being Lincoln, and had a new Continental Concept car on display.  The tofu inspired styling is meant to be derivative of Lincoln’s heritage…but just comes across as boring when compared to something like Maybach. 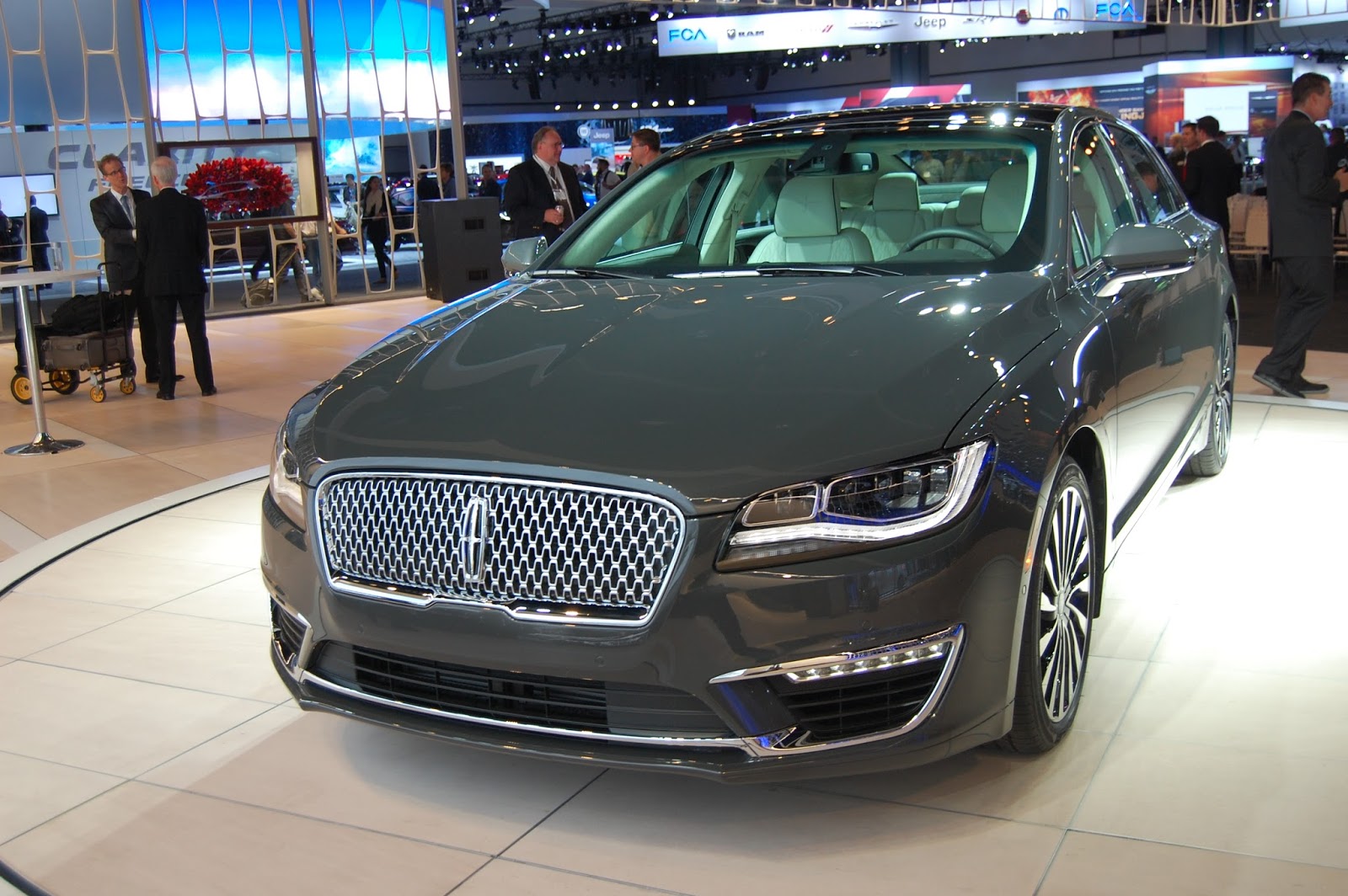 This was another Lincoln, I think it was the MKZzzzzzz…whoa, fell asleep for a minute there, where was I?  Oh yeah, the MKZ ditched the inspired by stingray styling and replaced it with an inspired by 4 year old Audi/new Kia styling.  How did this brand surive the 2008 Carpocalypse again?  Oh yeah, Matthew “Lincoln Lawyer” McConaughey. 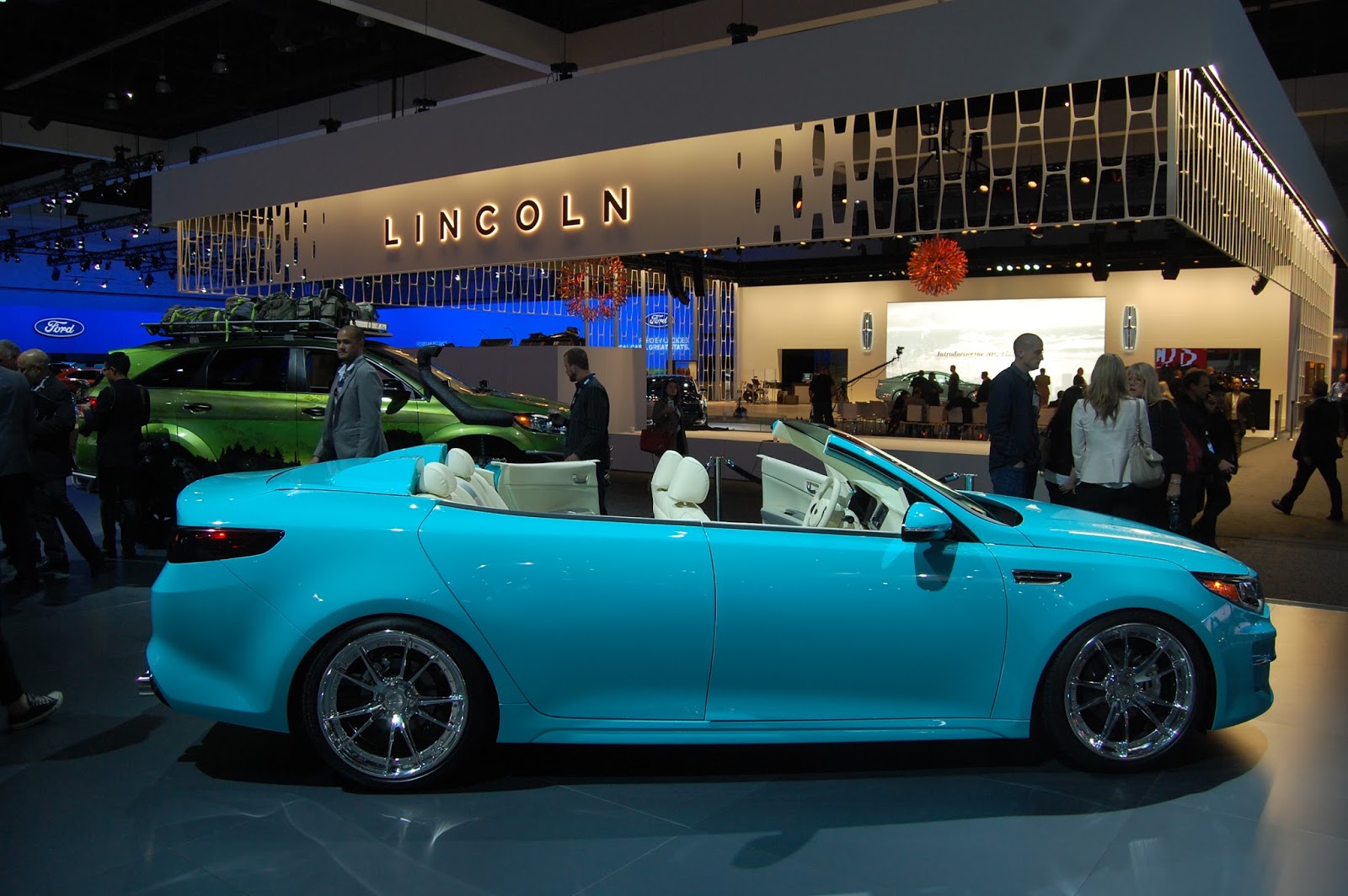 The best Lincoln on display was this suicide door equipped custom/concept that was….hang on…my sources are telling me this is a Kia…but I’m not 100% sure.  Hold the presses…. 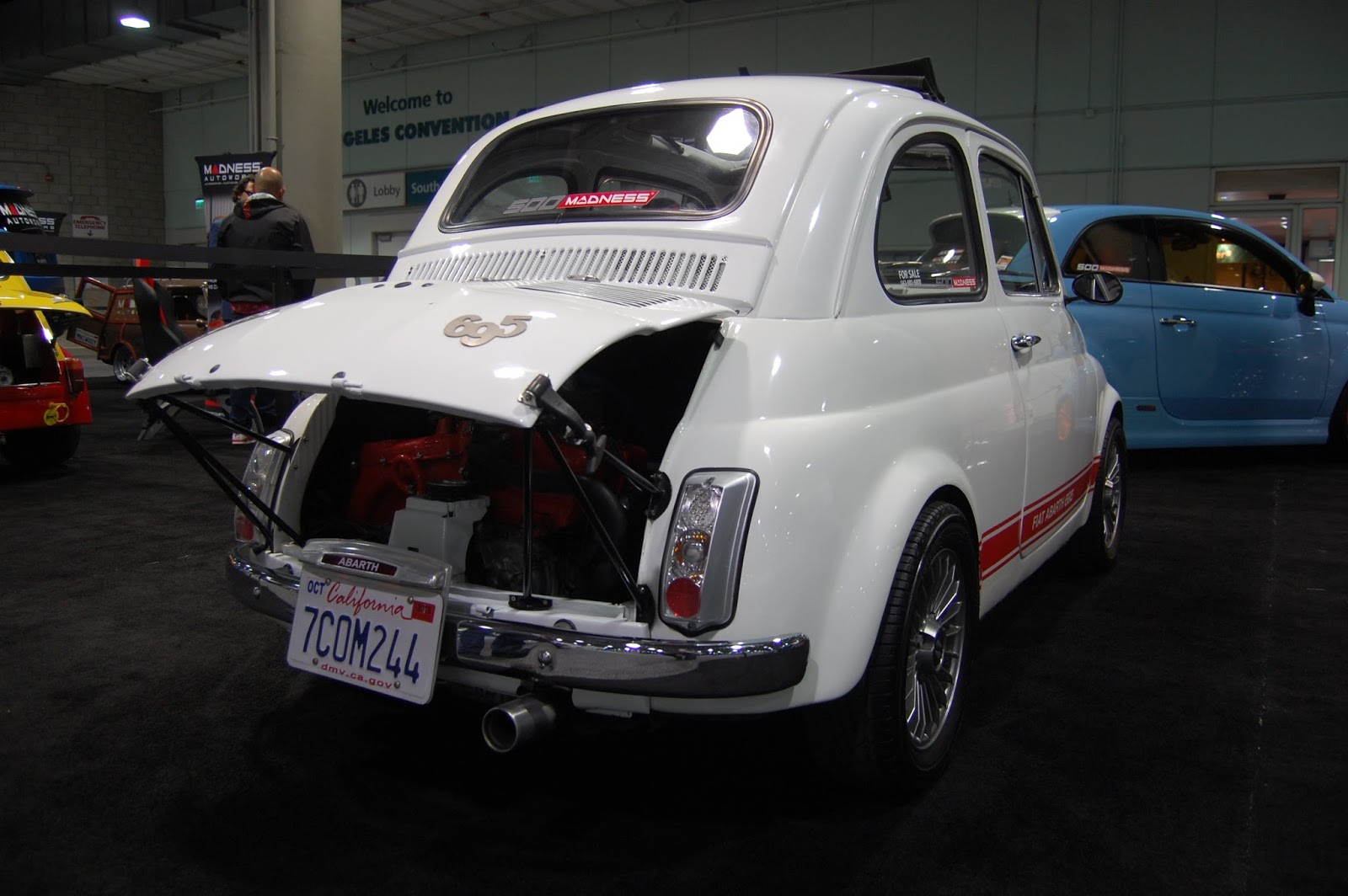 That’s about it for now, except for a classic Fiat 500 inspired/built by Madness.  If you are a So Cal resident, you can head to the auto show to see the cars in person this weekend.