If you remember back to 2003, Infiniti tried their very hardest to lure nostalgic baby boomers into their showrooms with an ad campaign that featured muscle cars and the requisite stereotypes. Sweaty, hypothalamus dominant men in their Camaros and Road Runners plowed through corners with tire punishing understeer and smoked Comp T/A’s while their girlfriends grew progressively less impressed with every neutral drop. Meanwhile, a mature and fairly rational fellow who had presumably traded his Toyonda Camcord on something a bit more engaging was featured as our protagonist. That campaign sold enough cars to now allow us to have them for a song. Find this 2003 (Nissan Gloria) Infiniti M45 on craigslist in LA for $4,500…and it’ll probably be there a while because it’s spelled wrong. This
post is part of DT’s 2016 Birthday Celebration of 100 cars;
enjoy the ride! 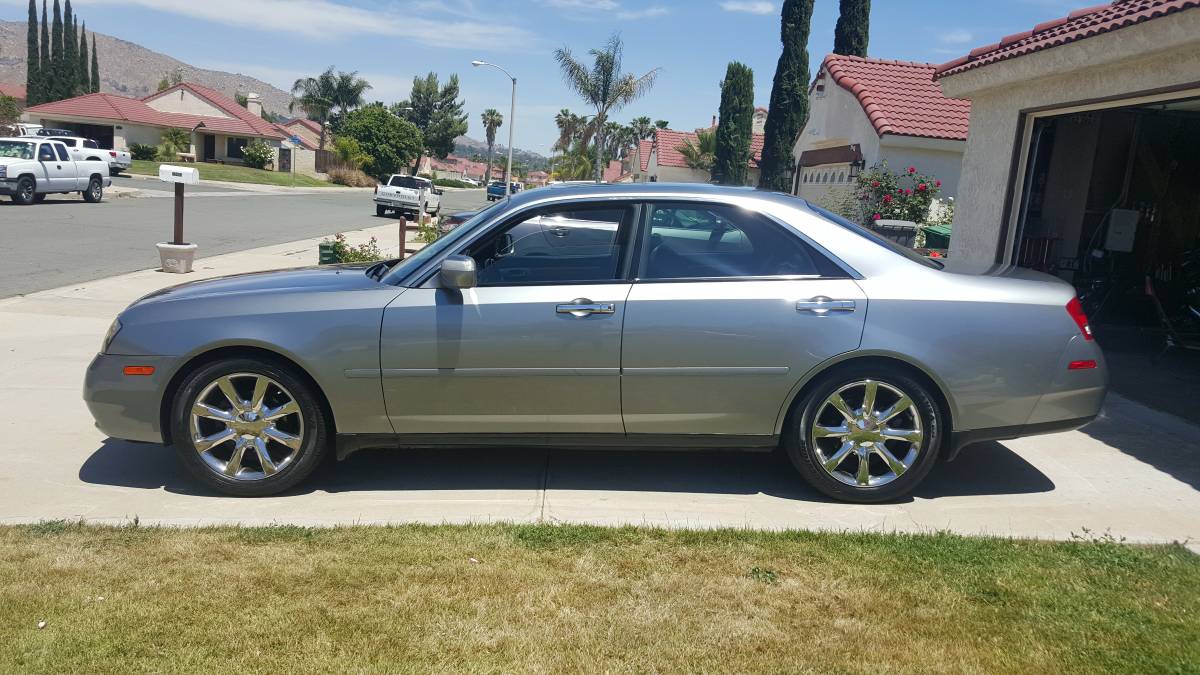 The M45 featured a 345hp monster of an engine (this is 2003…), a comfy interior, and legendary Japanese reliability. Looks were actually pretty menacing. Though not unique to Nissan by any stretch, the formula was adopted by Cadillac, Dodge, and others with far greater success. 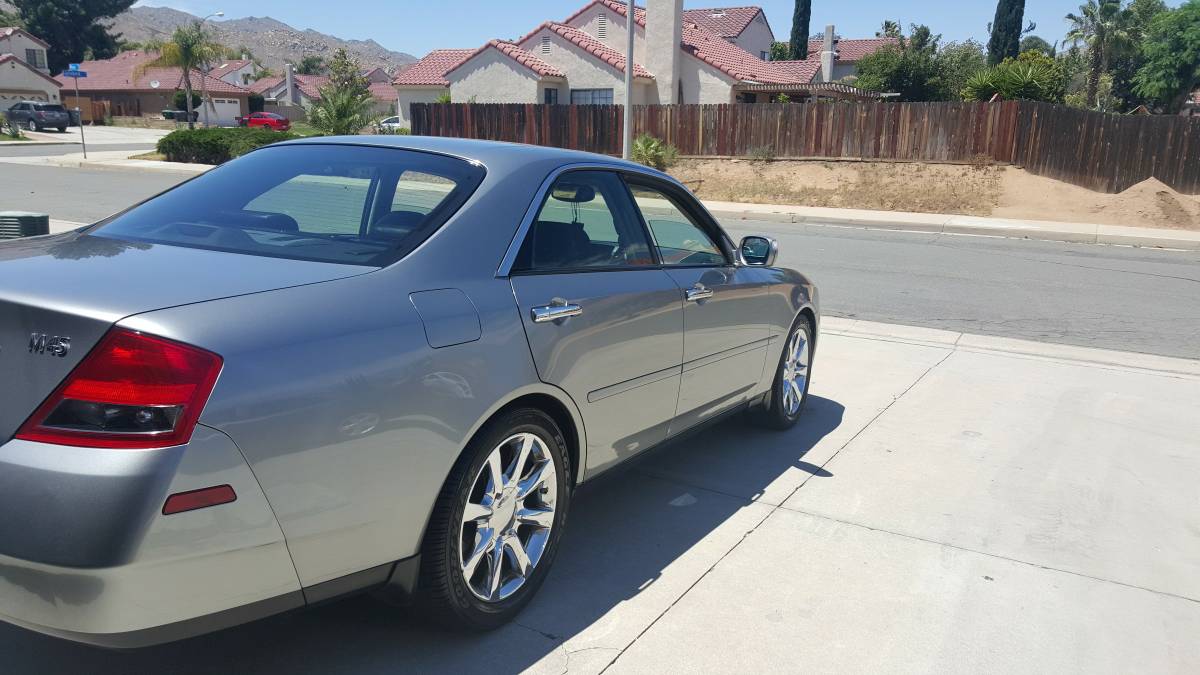