The Jaguar XJS was built, in what can only be described as an extraordinary 20 year run, from 1976 through 1996.  Sure, the chassis received some improvements, the engines had to be continuously upgraded to meet emissions/performance requirements, and the styling was evolved — but at the end of the day, it’s easy to mistake a ’96 for a ’76.  Today’s XJS is a rare example of the ’86 and ’87 model year only “Laundaulet” example that looks something like a Baur Targa, but was called the XJ-SC.  Find this 1986 Jaguar XJ-SC offered for $2,450 in Chatsworth, CA via craigslist. 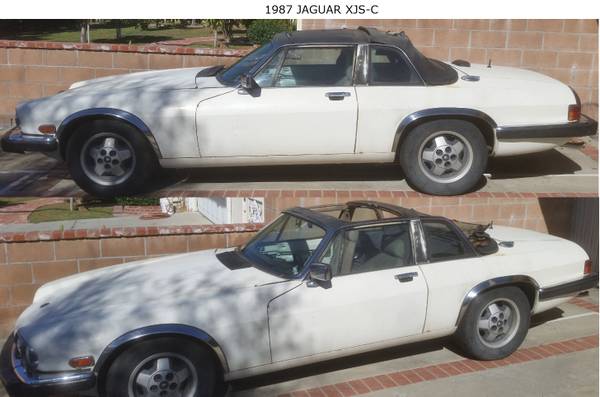 The XJ-SC was a very limited production version, with about 5000 models made for global consumption and something in the 100s exported to the USA.  It was released before the Hess & Eisenhardt modified convertible was sold at dealers or the later Jaguar factory vert — and used a targa style top and folding rear section that necessitated the removal of the rear seats, turning the XJ into a 2-seater. 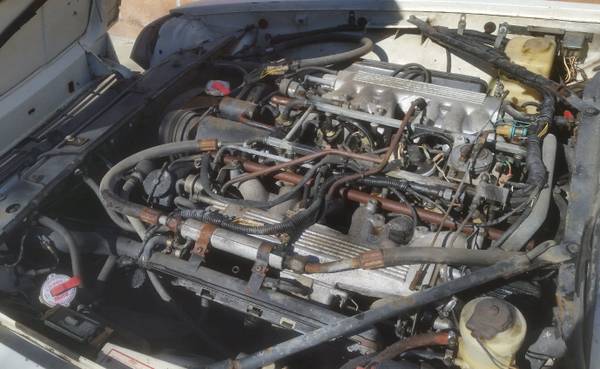 This example is powered by the classic 5.3 liter HE V12, which is a cornucopia of complexity and rated at 262 horsepower and 290 ft-lbs of torque.  Naturally this one isn’t running, but how hard could it possibly be to fix it up? 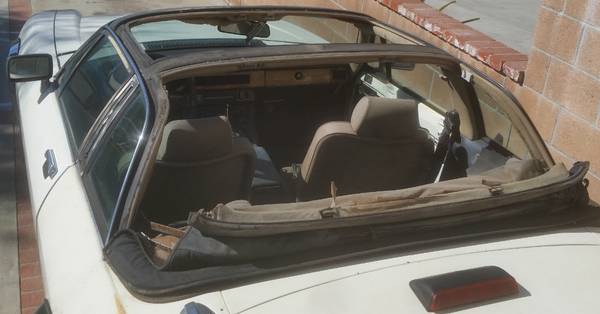