The third generation Toyota Cressida (1976-1980) was part of Toyota’s Mark II family of sedans, and featured a Jaguar/Mercedes style front end unabashedly plastered onto a plain vanilla Japanese econobox body.  It looked like the 70s equivalent of what comes out of the Chinese automakers these days, and the woody version looks like a 7/8ths scale Ford Fairmont wagon…not that there is anything wrong with that.  Find this 1980 Toyota Cressida Woody Wagon offered for $8,000 in North Bend, WA via craigslist.  Tip from Karl. 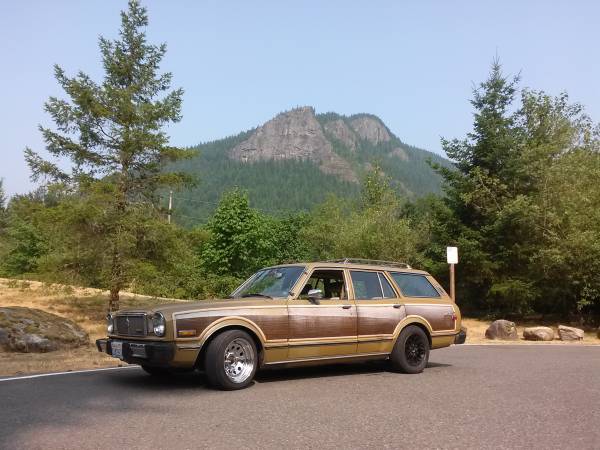 A vintage Cressida won’t top anyone’s automotive bucket list, but it made a decent commuter back in the day and was free from the nausea inducing front-drive handling of later Toyotas.  It was born at the height of the malaise era, so original propulsion was anemic at best, but that is what donor cars, hacksaws, and duct tape are for. 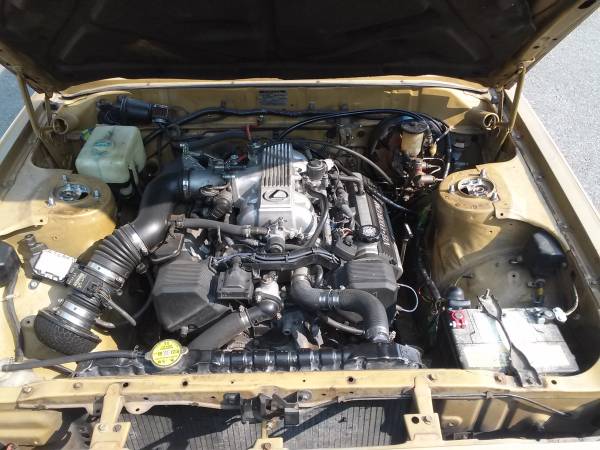 Under the hood is a Toyota 1UZ-FE V8 borrowed from a (first generation?) Lexus LS400.  The 4.0 liter V8 is rated at 261 horsepower / 268 ft-lbs of torque and makes a glorious noise when uncorked.  This one is attached to a W58 5-speed manual gearbox and should be a handful in the Cressida. 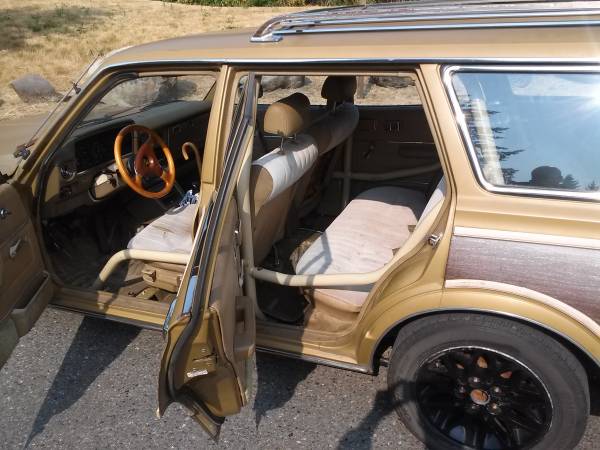 Open the door and you are greeted with a roll bar/cage that looks about as safe as driving around with hungry racoon in your trunk who is waking up from the tranquilizer dart and about to notice a wedding cake that has a bottle of nitroglycerin balanced on top. 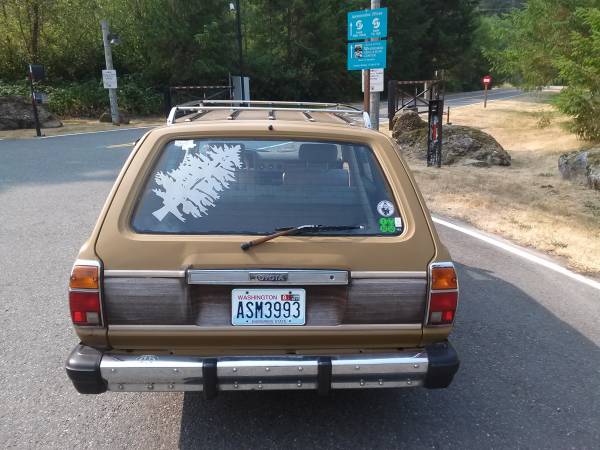 See another car with a giant pine tree decal obscuring the view out the back? tips@dailyturismo.com