The Serbian built Yugo GV was such an miserably disgraceful excuse for an automobile that even swapping in a LS1 would leave you with a feeling of meh.  Its cool…but I’d rather have an F-body Camaro…  No. Full stop.  The only way you are going to pull a Yugo from the depths of shame is by going full Renée Zellweger on it.  Rip out that 50ish horsepower 4-banger and replace it with a 160 hp two-stroke mated to a CVT from an Artic Cat snowmobile.  Commence hoonage.  Find this 1987 Yugo GV with 900cc Snowmobile Power 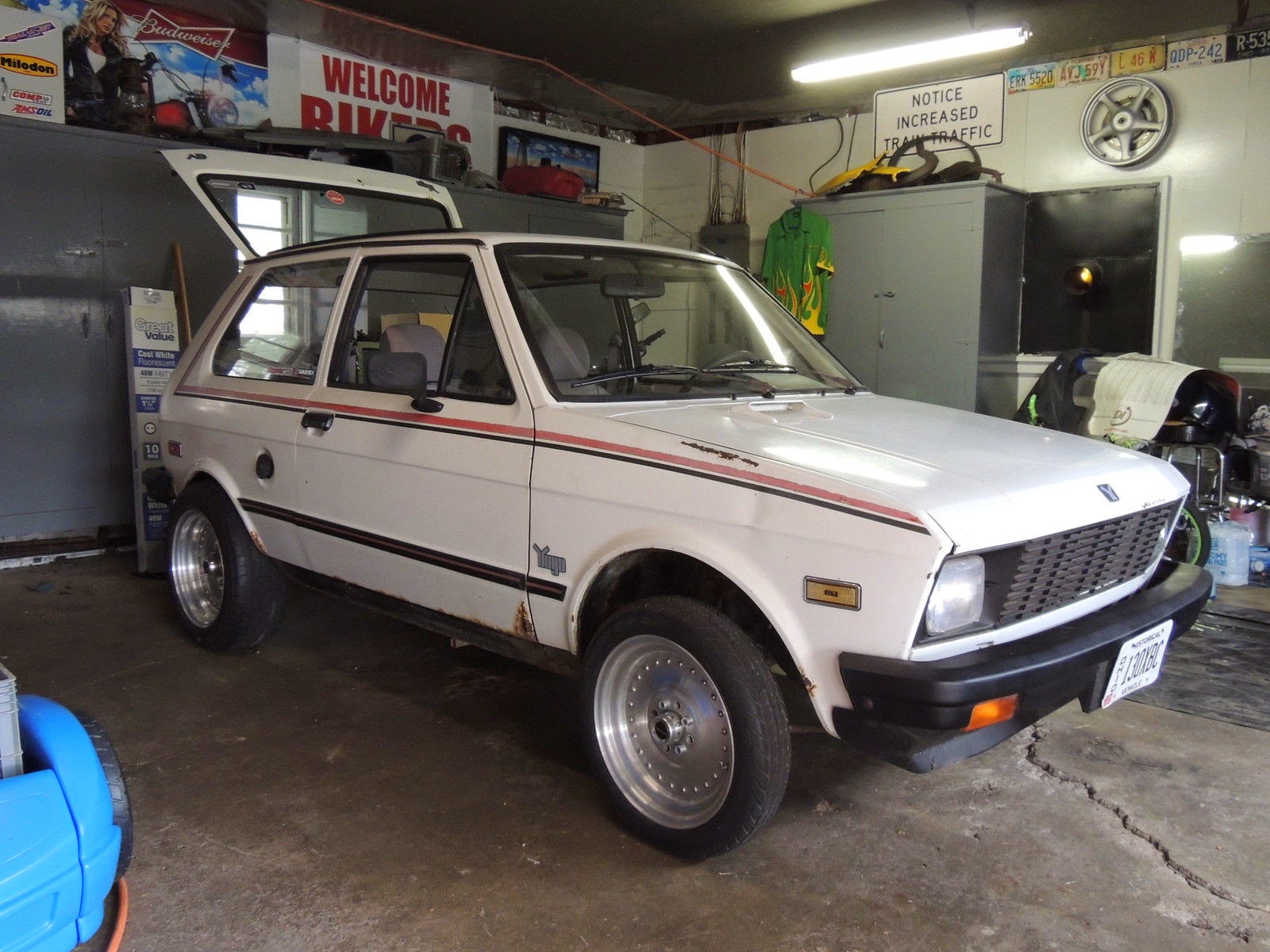 It’s just a Yugo, you tell the guy with the new sports coupe in the lane next to yours.  Your right foot hammers the throttle pedal and the racket of 10,000 marbles being poured into a wood chipper emanates from the exhaust exit.  As your leave Mr Fancy Pants in your wildly resonating rear view mirror the engine note does not change with RPM like a regular car but it drones on like a chain saw stuck in a prosthetic leg. 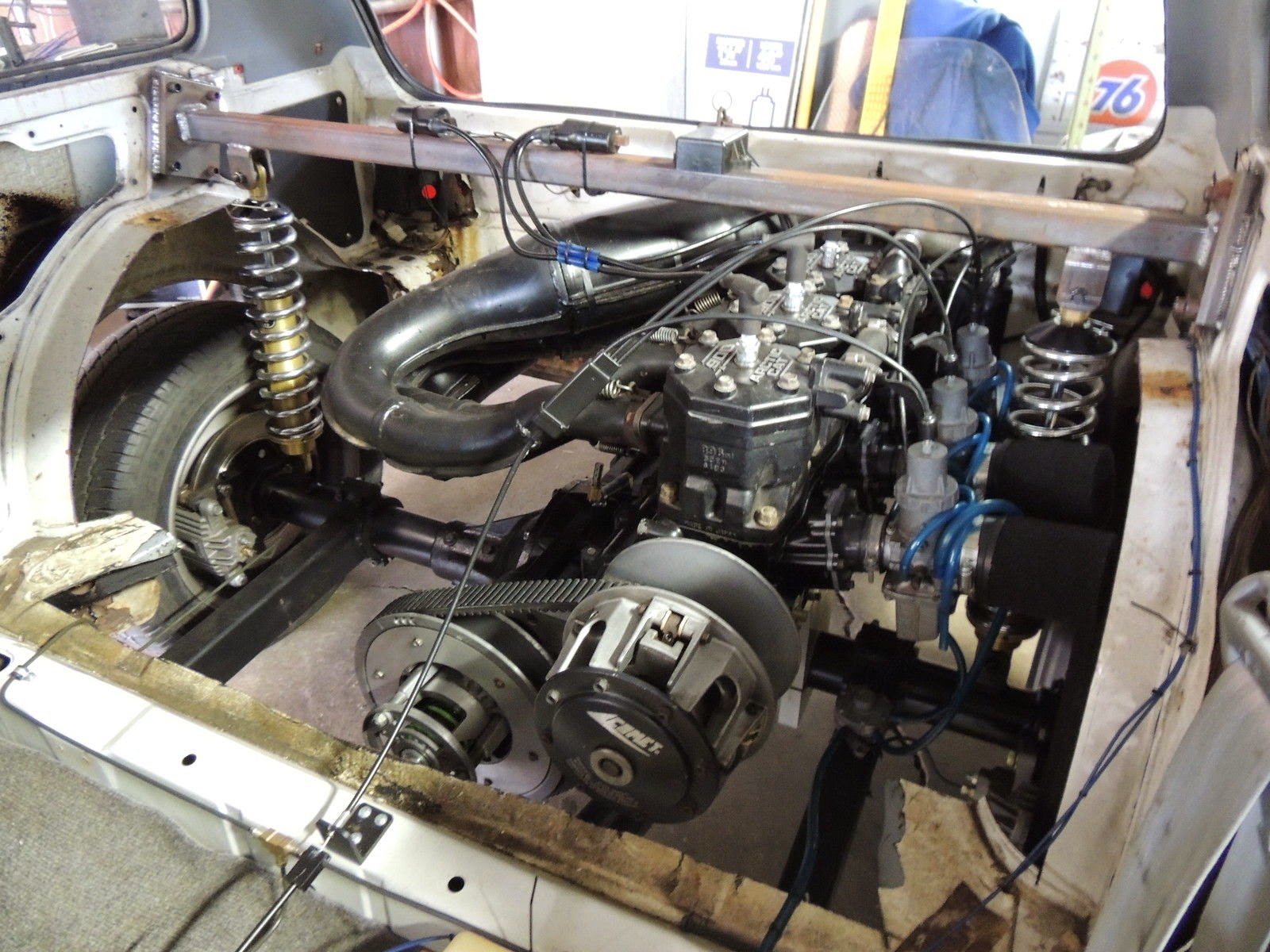 This is what happens in the frozen northern states during the winter months.  When the game isn’t on, you’ve got dudes with nothing to do and access to welding equipment.  What has happened here is a 900 cc snowmobile inline-3 from an Artic Cat Thundercat has been shoved into the back of the Yugo.  The Thundercat engine dates from the era of insanity in snowmobiles — it is a 2-stroke fuel belching monster from the black tar lagoon.  It pumps out something in the realm of 162 horsepower and should be awesome mated to the belt driven CVT in a 1000 lb Yugo. 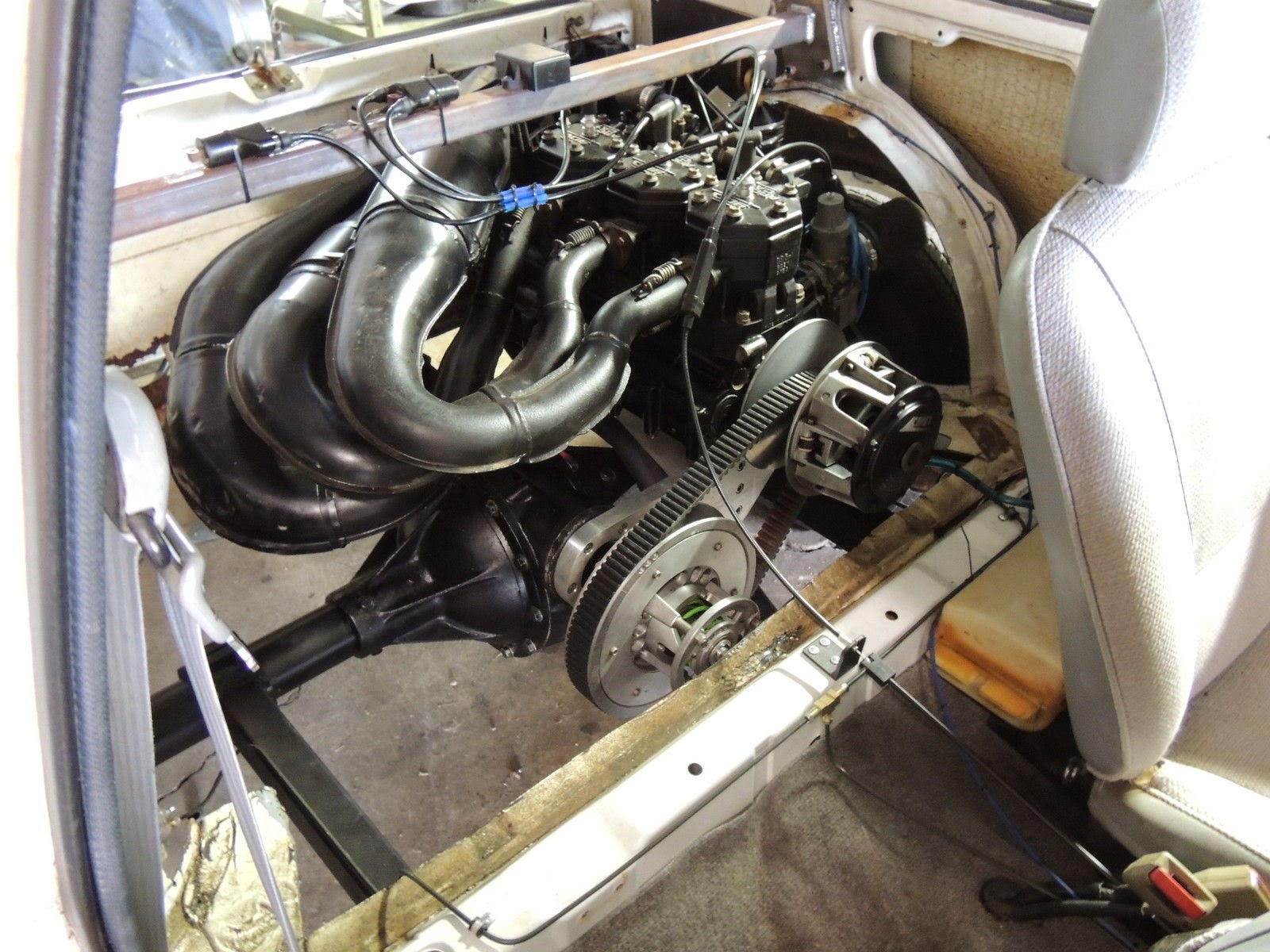 Just in case you took a look at the engine and thought —that’s cool, but will it handle? — let’s take a closer look.  The rear end is a live axle with the engine/transmission mounted directly to it, meaning this thing has more unsprung mass than a bra-less Dolly Parton.   Consequently, the engine vibrations won’t be that bad since they will be transferred into the tin box chassis via the vehicle springs/shocks, but hitting bumps in the pavement will cause who-knows-what to happen with grip levels at the wheels.  Chaos runs rampant, and I love it. 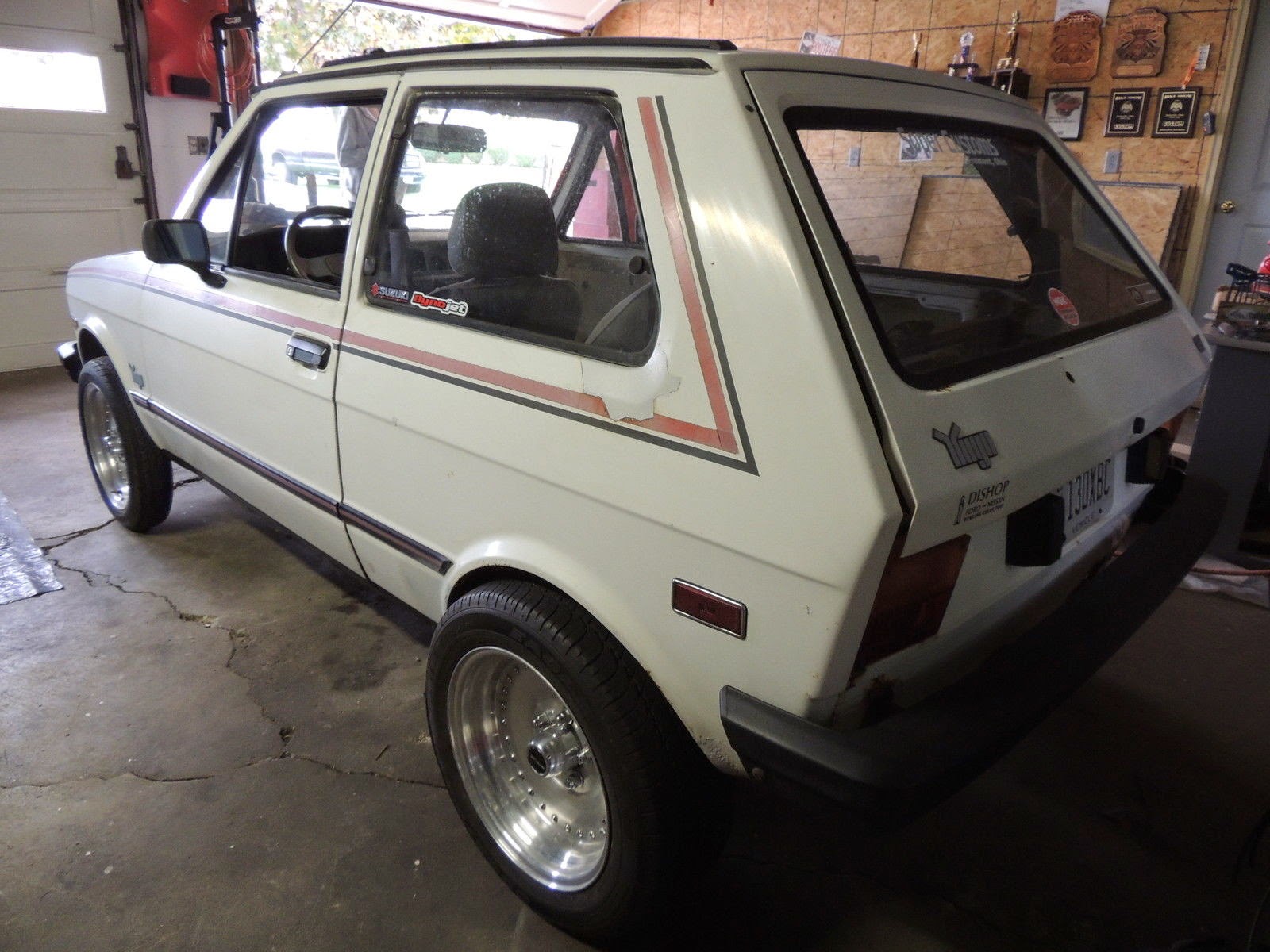 See a quicker way to die in a Serbian built prison…outside of Serbia?  tips@dailyturismo.com