After the rust prone Audi 100 LS (or LS 100 depending on where in the
world you see it), the 5000S became the car that launched Audi so
successfully into the US market that a frivolous lawsuit be
brought against them to send them damned near back to Germany.  At least we get to thank the plaintiff’s attorney for ending up
creating a precedent which has caused anyone with an automatic to step on our
brake pedal before shifting into drive, ain’t progress great baby!?!  It took another 20 years or so before more lawyers and idiots (who hit the wrong pedal) formed a union to take on Toyota, but that is a story for another time. In the meantime, you can relive your 80s Audi fantasies with this 1983 Audi 5000S 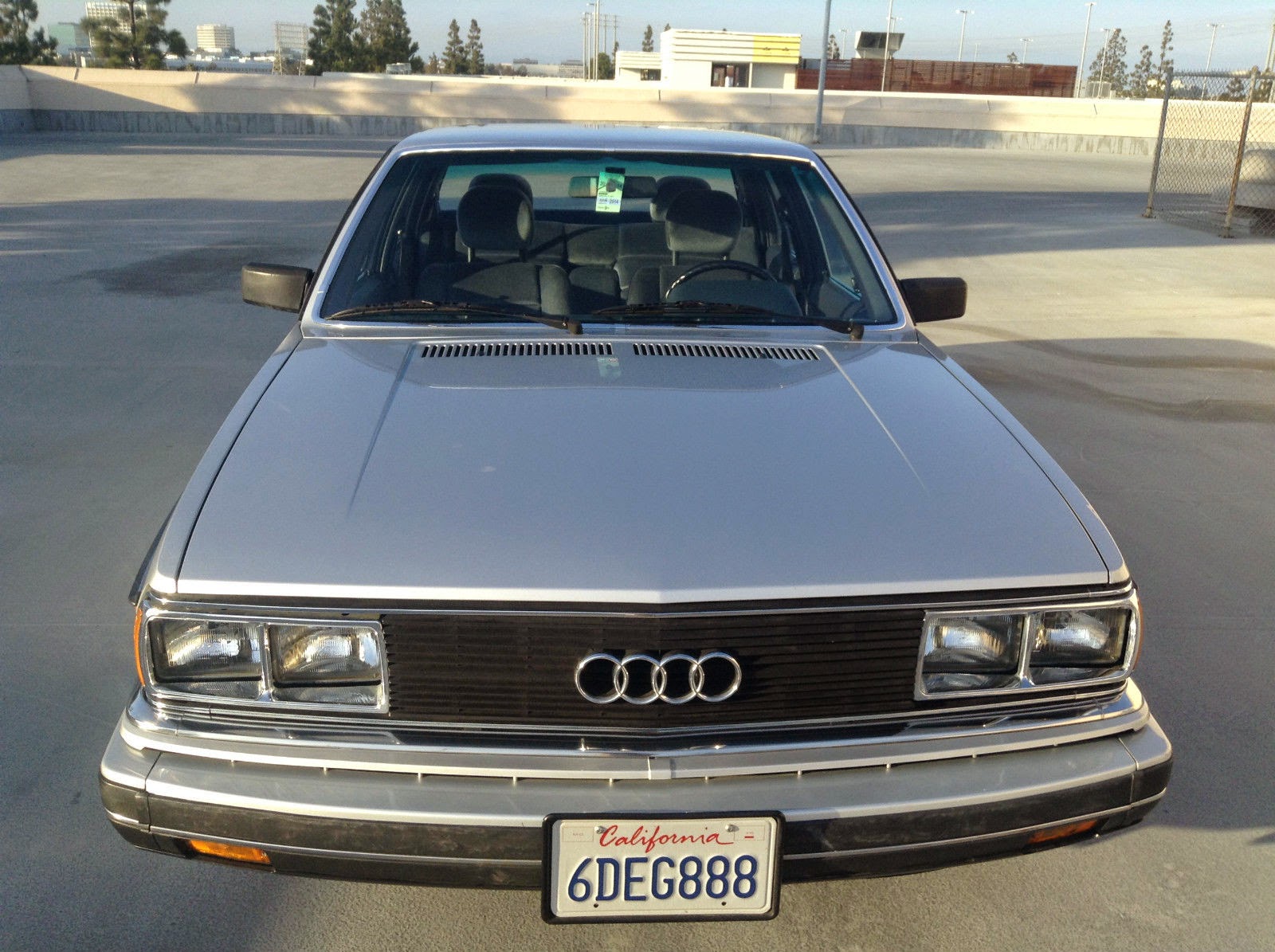 This may have been the first 5 cylinder imported to the US, which didn’t work well with local buyers because we’re a
country of even thinking.  In ‘Murica, 4, 6, 8 cylinders were the
stepping stones one climbed on the ladder to success. Audi
introduced a car that was ferrin in every sense of the word.  As
we climbed up from 4 cylinder, through 6 cylinder, we were
expected to step down to an odd  sounding, odd number 5
cylinder??   Well, put an S on the back, give it a 5 speed manual
and watch that S-car-go. 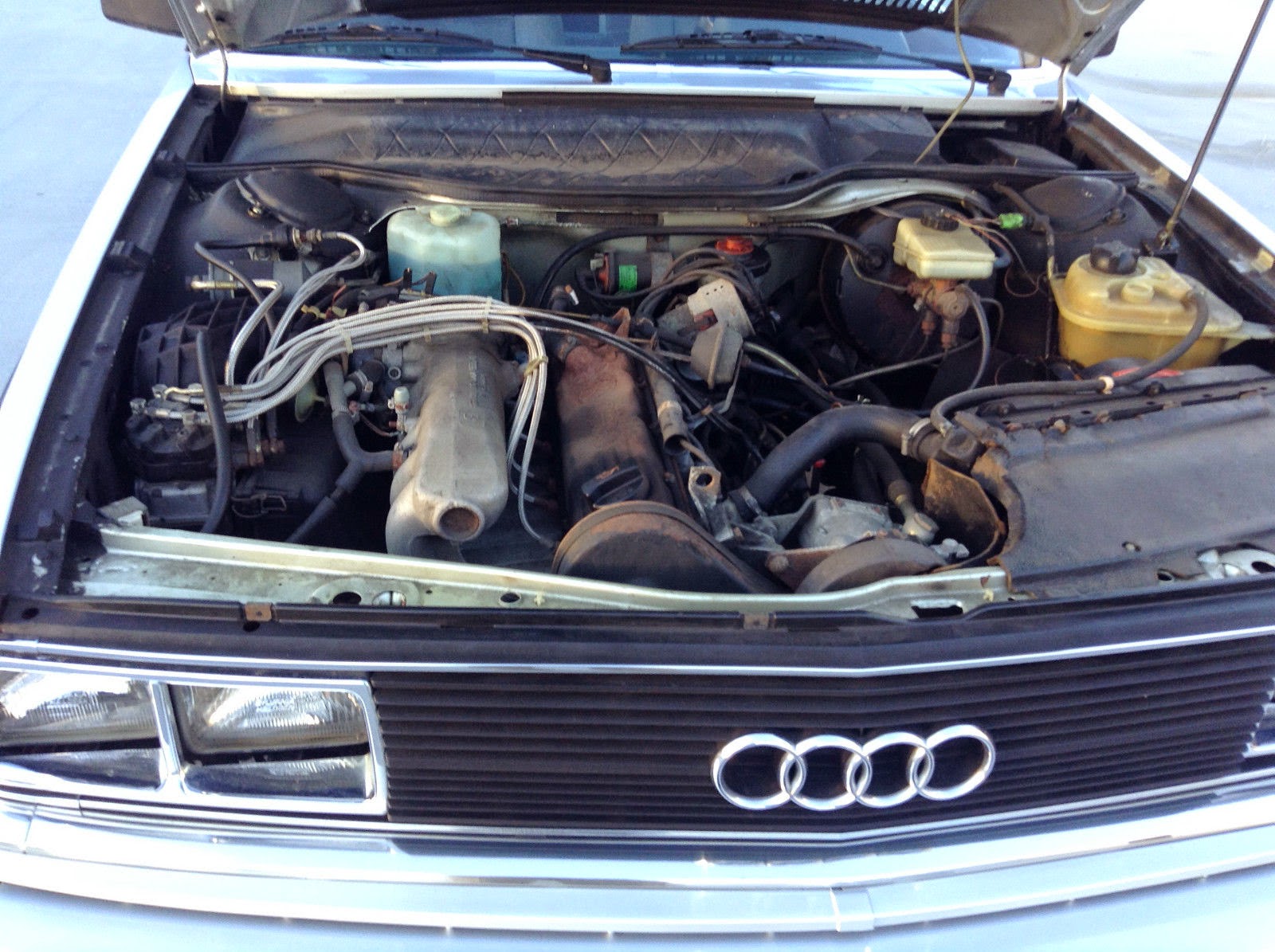 These early 5 cylinder Audis sounded like someone had pulled a
plug wire off of one of the cylinders but they drove smoothly once
you got your boot into it. So, the solution for any prospective
buyer.. “put yer boot in it and fugeddaboutit.”  The 2.1 liter inline-5 is mounted so far ahead of the front axle that the radiator is shoved to the driver’s side of the engine bay.  The 100 (or so) horsepower is put to the front wheels via a 5-speed manual gearbox that is complete with an “Upshift Light” indicates precisely the most propitious time to shift gears.  (Mad props to the seller for a correct use of the word propitious, don’t play scrabble with this guy when money is on the table!). 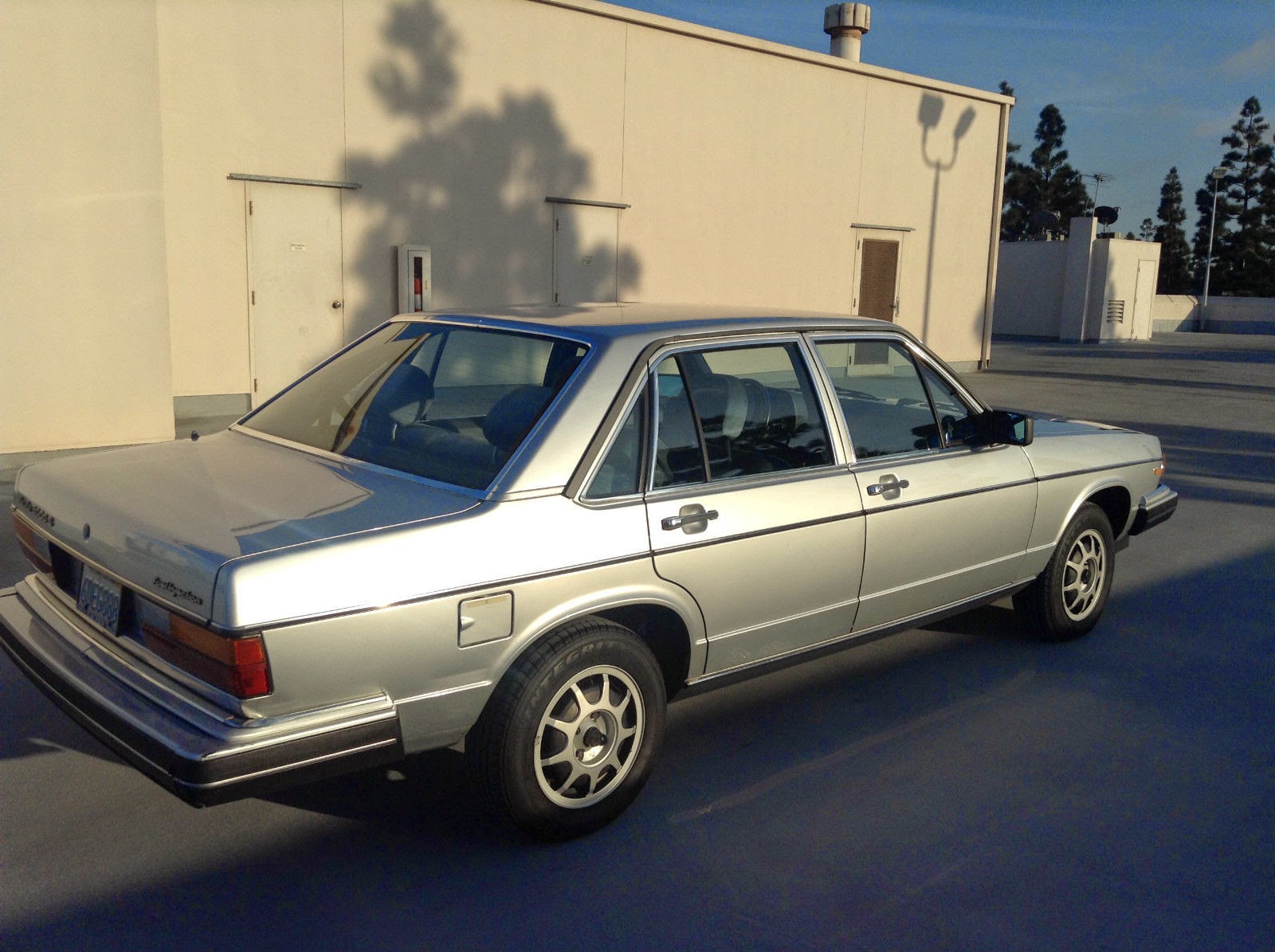 See another cheap classic with a clutch? tips@dailyturismo.com