This next feature comes as a tip from Chebby, who writes:

I’m calling this hippie horror show “The Silence of the Vans.”  If Buffalo Bill and Leatherface attended Gathering of the Juggalos, they would drive this. There is absolutely nothing warm and fuzzy about this trip down memory lane, just straight up “I like my beer cold, my weed strong, and my women skinned alive.”  Make sure you watch the videos. Amazing!

currently bidding for $1,576 reserve-not-met with 2 days to go, located in Roanoke, VA. 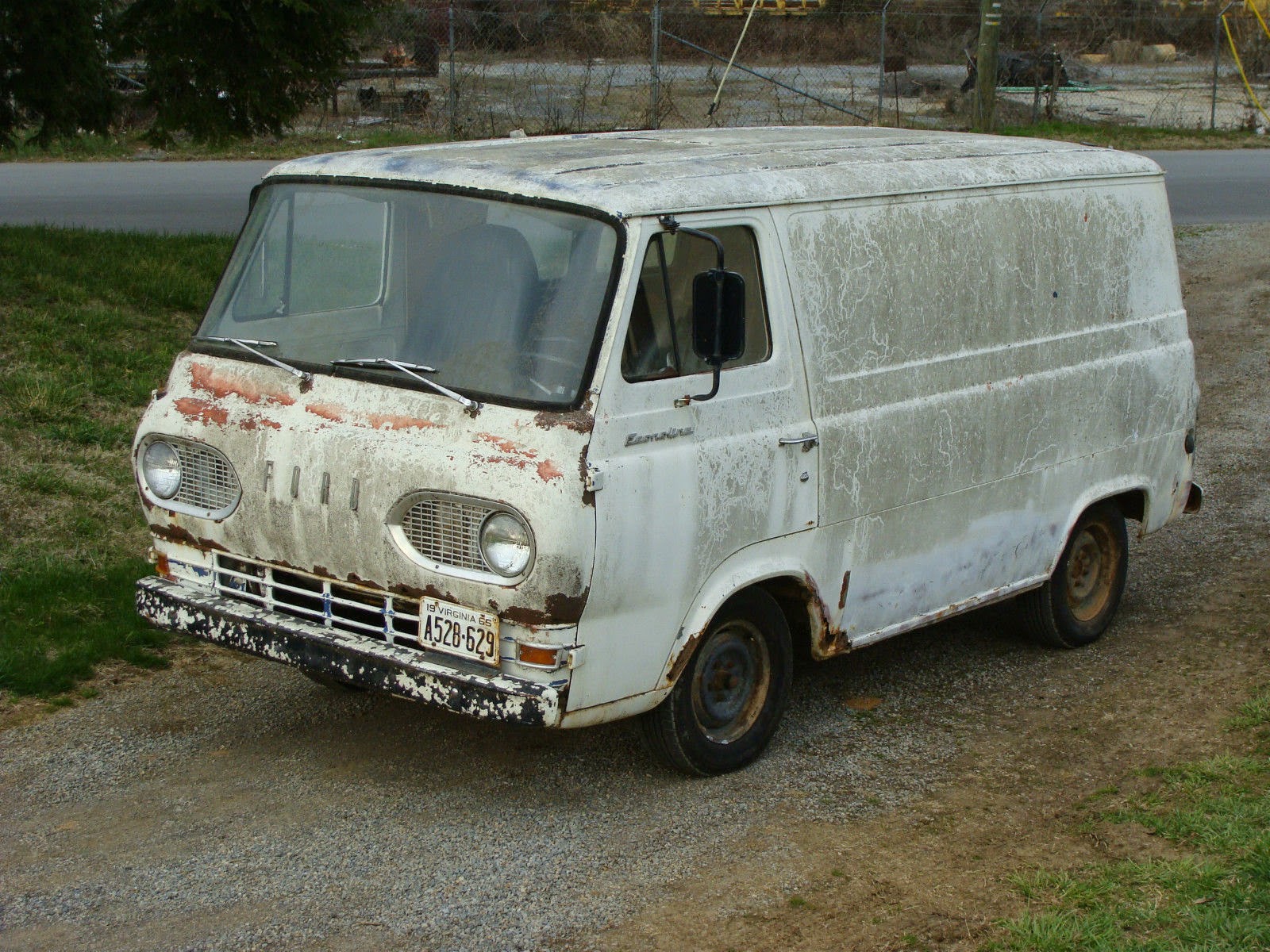 First impression is wow.  The exterior of the body looks like flooring after you’ve pulled up carpet that had been glued on top of linoleum for 20 years.  Here is the shocking part…that’s nothing compared to the inside. 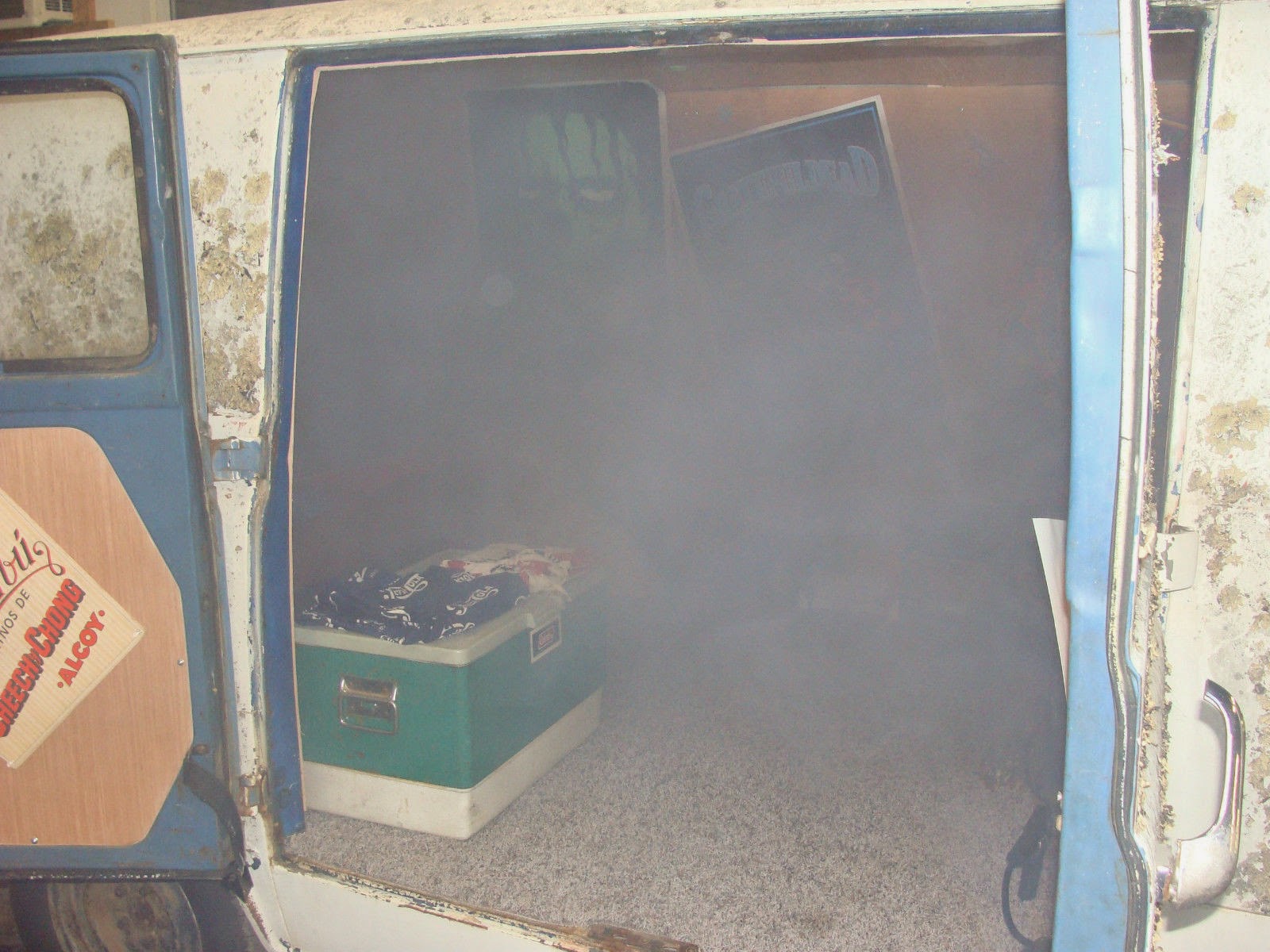 Hey!  Quick, somebody call 911, the van is on fire!  No.  It isn’t actually on fire — that is either the smoke machine or heavy use of the bong prominently featured in the pictures.  Guys…doncha know the feds look at eBay too?  Don’t be surprised if some boys in blue show up to take a closer look at your garage after the auction closes.

At first look it appears the exhaust is routed into the cabin — perhaps as a makeshift heater or impromptu Thanatron/Mercitron — but this is the smoke machine filling the cabin with fake smoke. 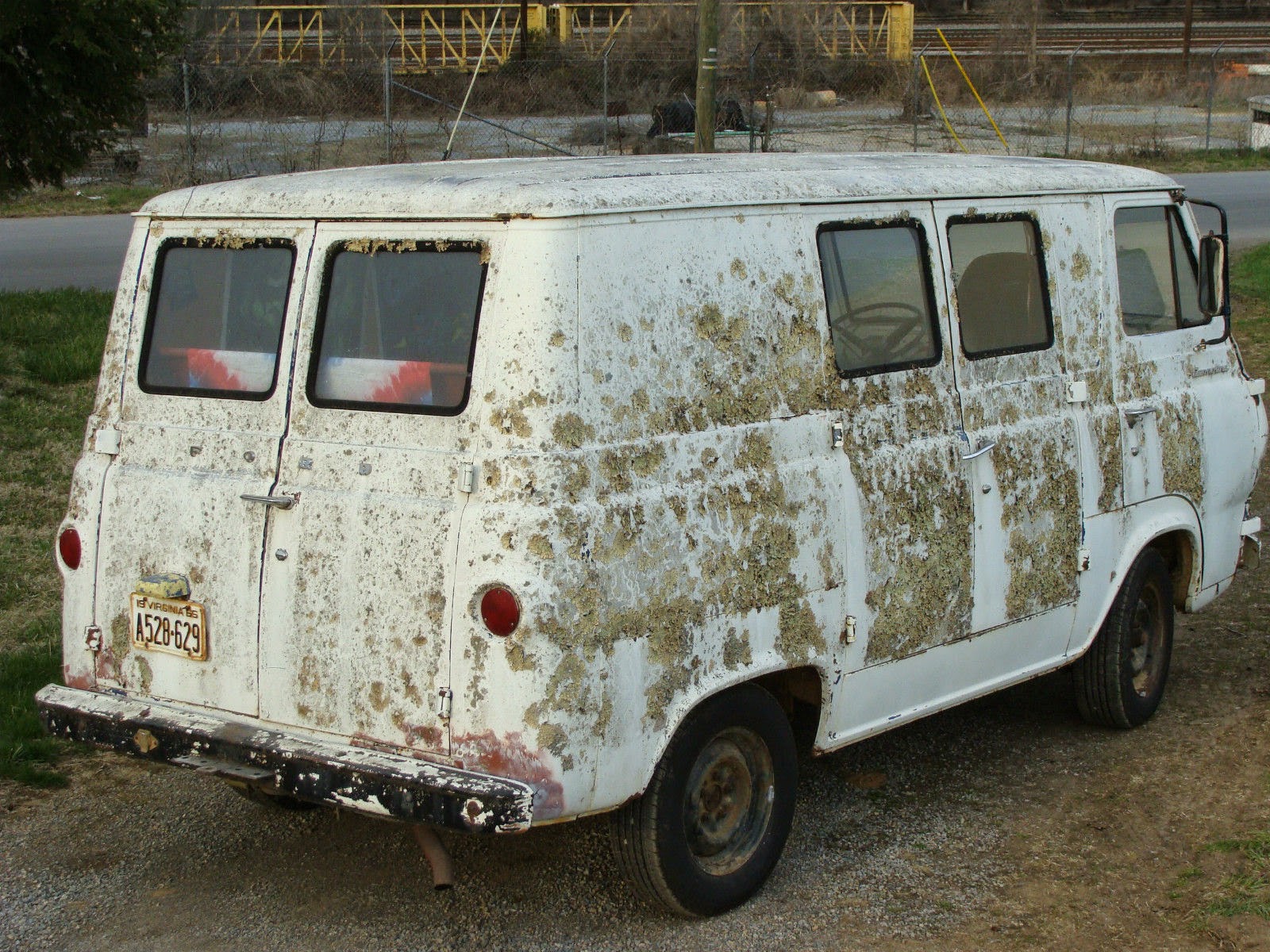 See another van like this?  Don’t send it to me!