The Triumph Spitfire is a very small British roadster named after an iconic WWII fighter, the highest production British airplane of all time.  The Triumph version is extremely small, but well proportioned to hide its diminutive stature in photos – similar, to say, a young Winston Churchill.  It may not look it in the photos, but the Spitfire is similar in size to the MG Midget and Austin-Healey Sprite.  Find this 1977 Triumph Spitfire 1500 for sale in Tehachapi, CA for $950 starting bid and $1,400 buy-it-now via ebay.  Tip from Rod S.

This Spitfire is a project, not like post Battle of Britian London, but more like LA after the Lakers win the playoffs.  It is going to need some R&R before resuming a normal commute.  The Spitfire 1500 (MkV version) was introduced to the US market in 1973 and gave the small roadster a modest bump in engine displacement just in time for the smog years to kill any increase in power. 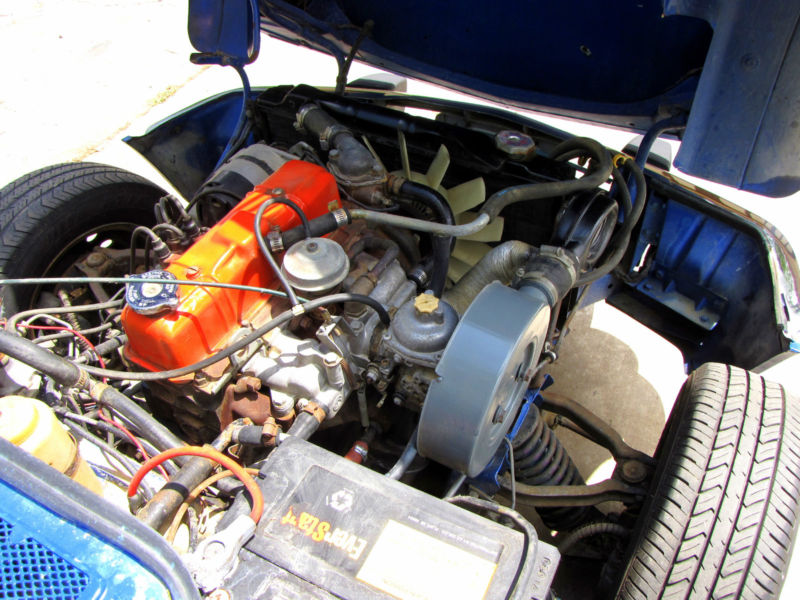 The 1.5 liter inline-4 cylinder engine with 7.5:1 compression ratio puts out a pathetic 53 horsepower due to added catalysts and stringent emissions requirements of the era.  These engines only use three main bearings on the crankshaft and aren’t exactly known for longevity, but don’t tell Triumph owners this; say anything negative about the little car and they will spit fire in your eyes.  Literally.  Rough bunch. 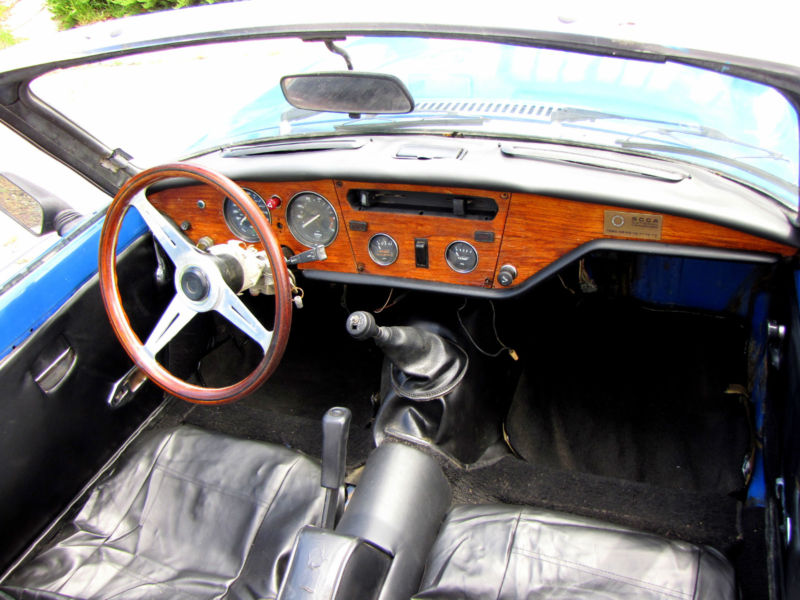 The seller claims only 66k miles on its chassis/engine, and it has been stored in the high desert community of Tehachapi, which is basically Alabama without humidity.  Tehachapi is only minutes from Willow Springs “International” Raceway and this car sports a vintage bronze SCCA plaque on the dash…perhaps some history for a new owner to uncover? 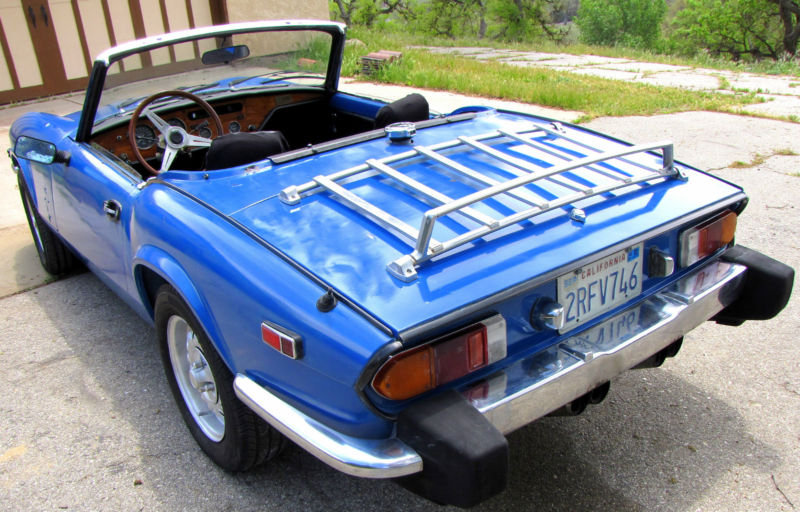 The biggest complaint we have about this car is that it is not smog exempt in California, meaning that any attempt to free up some ponies and decrease the stock 0-60mph time of 14.3 seconds will be met with stern glares from your local smog station…but driving a Spitfire isn’t about speed, it is about the sensation of open air motoring and a connection to an ancient, and rusting, piece of British history.  Tally ho and all that rot!