The 7th generation Buick LeSabre was available as a 4-door sedan based on General Motor’s H-platform, sharing its dependable chassis with the Oldsmobile 88 and Pontiac Bonneville.  Dependable not in terms of reliability, but in terms of the number of cases of Depends adult diapers you could fit in the trunk.  Twelve to fourteen cases was not unheard of meaning your post rush hour weekday trips to Costco could be limited.  It seems that somebody decided that wasn’t enough and created the ultimate hauler.  Find this 1997 Buick LeCamino offered for $1450 in the SF Bay Area, CA via craigslist. Tip from Kaibeezy. 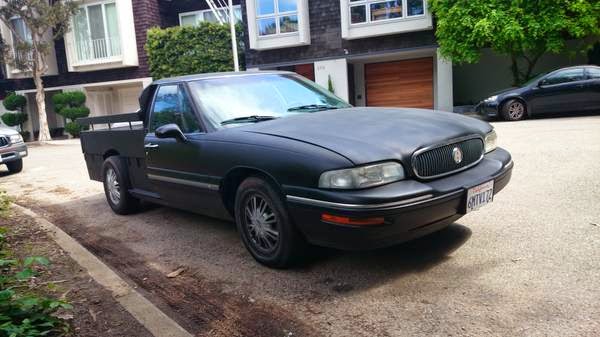 We we first saw this ad it wasn’t clear what kind of Buick was involved in this “custom,” but a quick search of the interweb confirms that it is was a post facelift 7th generation Buick LeSabre.  If you are going to pick a late model Buick to do such a conversion, it does make sense to use the big full-sized LeSabre or Park Avenue. 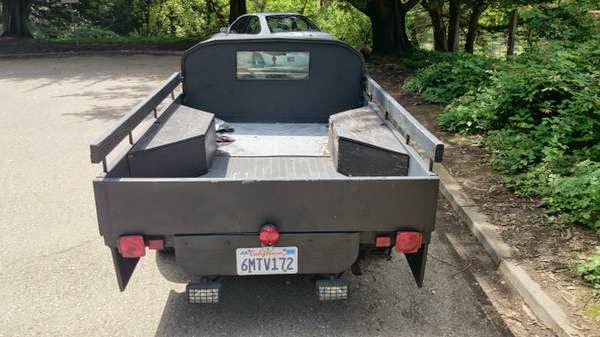 Most of the El Camino’d customs sent in from our tippers (and found via a daily scouring of craigslist, ebay, autotrader, El Camino forums, asylum chat rooms, gardener supply bulletin boards) are styled to look cool and involve custom paint.  Today’s feature is a triumph of function over form and looks like it could have been purchased from a Harbor Freight sidewalk sale. 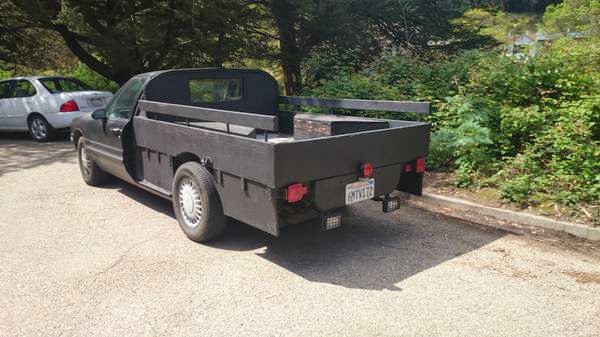 Hopefully the builder thought to include some sort of structural additions to tie the rear suspension pickup points together, since this thing has high potential for being a noodle after losing its rear bulkhead, C-pillars, and trunk structure.