The Matador was a stately styled coupe/sedan/wagon that replaced the Rebel in 1971 as American Motor Corp’s plus
sized muscle coupe.  In 1974 the Matador coupe was restyled in a completely different fashion from the sedan and C(the)BS News lists the Matador on their list of the World’s 15 Ugliest Cars.  Ignore those philistines, because Francisco Scaramanga used a flying version to escape James Bond in The Man with the Golden Gun and a Matador coupe deserves a spot in your garage.  Find these 1977, 1978 & 1975 AMC Matadors offered for $2,500 (for all three) here on craigslist, located near Seattle, WA. Tip from Gianni. 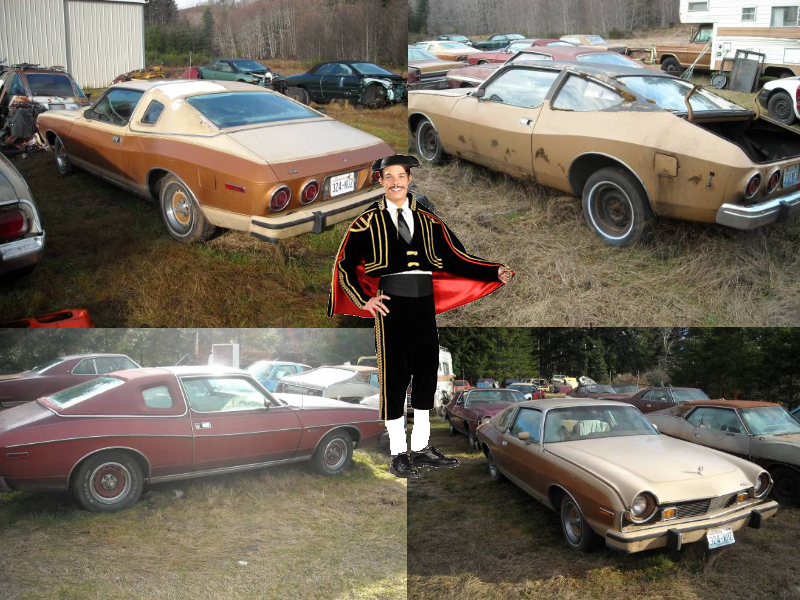 By 1977 the muscle-car era was on its way out and
the replacement cars tended to be softer, slower and are generally less
collectable today – but don’t rule them out of your classic search as
they are also considerably cheaper.  You can read all about the 2nd generation Matador coupe here on matadorcoupe coop, but this seller also has a few Gremlins for sale. 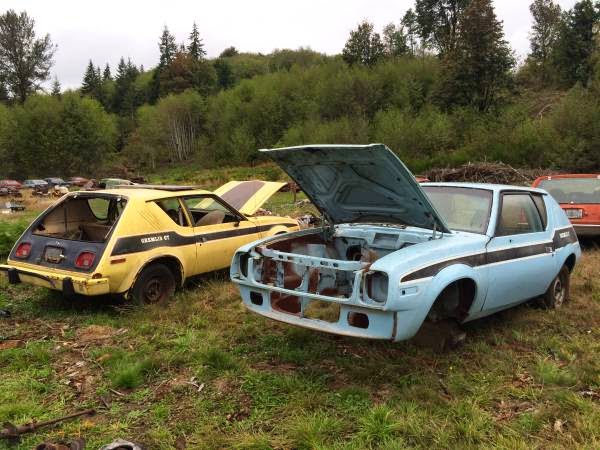 These two 1978 AMC Gremlin GTs are offered for $1,600 for the pair, here on craigslist, a ’77 parts Gremlin is also available for an additional $200.  No reason is given for thinning the herd, but if you a 70s AMC fan, this could be a cheap way to start your own collection.  See a better way to spend your cash? tips@dailyturismo.com