The Phoenix was the predecessor to Pontiac’s popular reboot Grand Am that sat on a compact family car chassis.  The Phoenix was first available on the rear-drive Nova platform (1977-1979) and later switched to the front drive Chevy Citation X-Body platform shared with the Buick Skylark & Oldsmobile Omega.  Find this 1982 Pontiac Phoenix offered for $750 in San Rafael, CA via craigslist.  Tip from Kaibeezy. 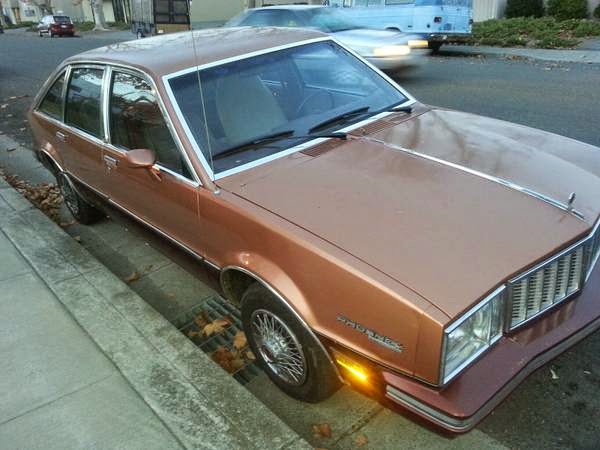 I couldn’t tell you the last time I saw a Pontiac Phoenix on the road, or if I’ve ever seen one for that matter. It is hard to distinguish from a Citation and it isn’t like those are falling out of trees these days.  I believe this funky shaped fastback version qualifies for Kaibeezy’s enigmatic wagonback shape from the twister a few weeks ago. 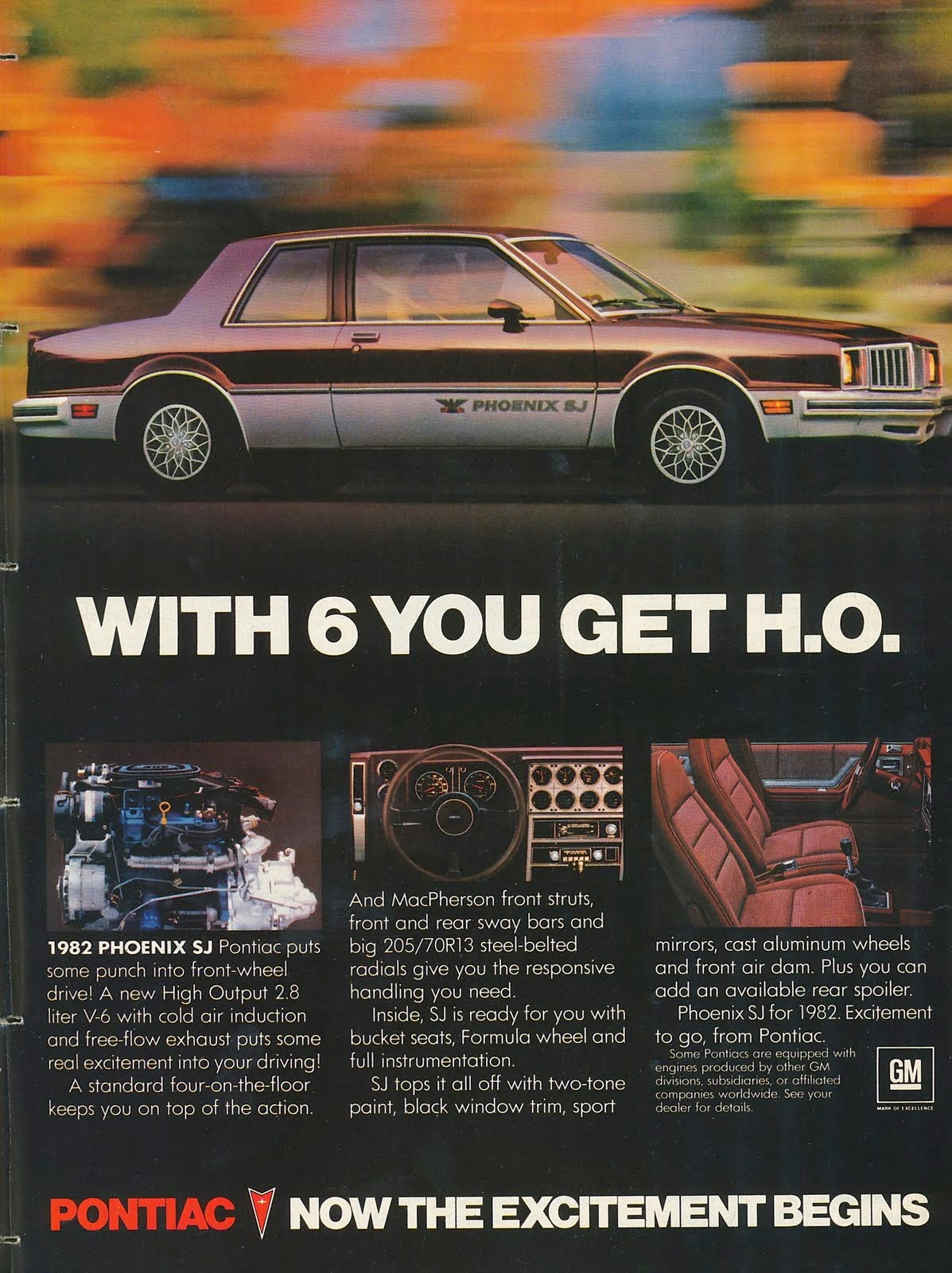 The Phoenix even had a performance version called the SJ which was available with a 135 horsepower 2.8 liter V6 and 205/70R13 radials (this one is a base model with the 2.5 liter inline-4 rated at around 86 horsepower).  Pontiac’s “With 6 You Get H.O.” should not be confused with BMW’s  “With a 6 You Get A Ho” ad campaign. 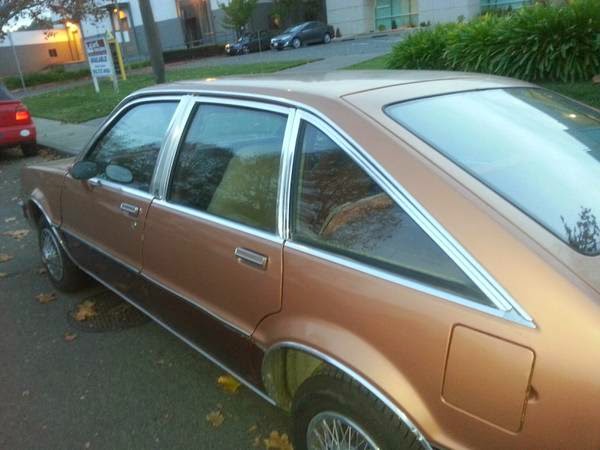 See another oddball from the 80s? Send it here: tips@dailyturismo.com