In the late 20th century if you had a medium sized family (2 kids, wife, mistress) and didn’t want the stigma of a minivan, the choice was easy: you got a Suburban Assault Vehicle.  Of the plus sized SUVs that spewed noxious fumes around suburbia there was one that stood out as the choicest cut of car-meat — GM’s Suburban, available as a GMC or a Chevrolet for reasons beyond my understanding.  Find this 1999 GMC Suburban SLT 4X4 offered for $2,500 in St. Paul, MN via craigslist. This
post is part of DT’s 2016 Birthday Celebration of 100 cars;
enjoy the ride! 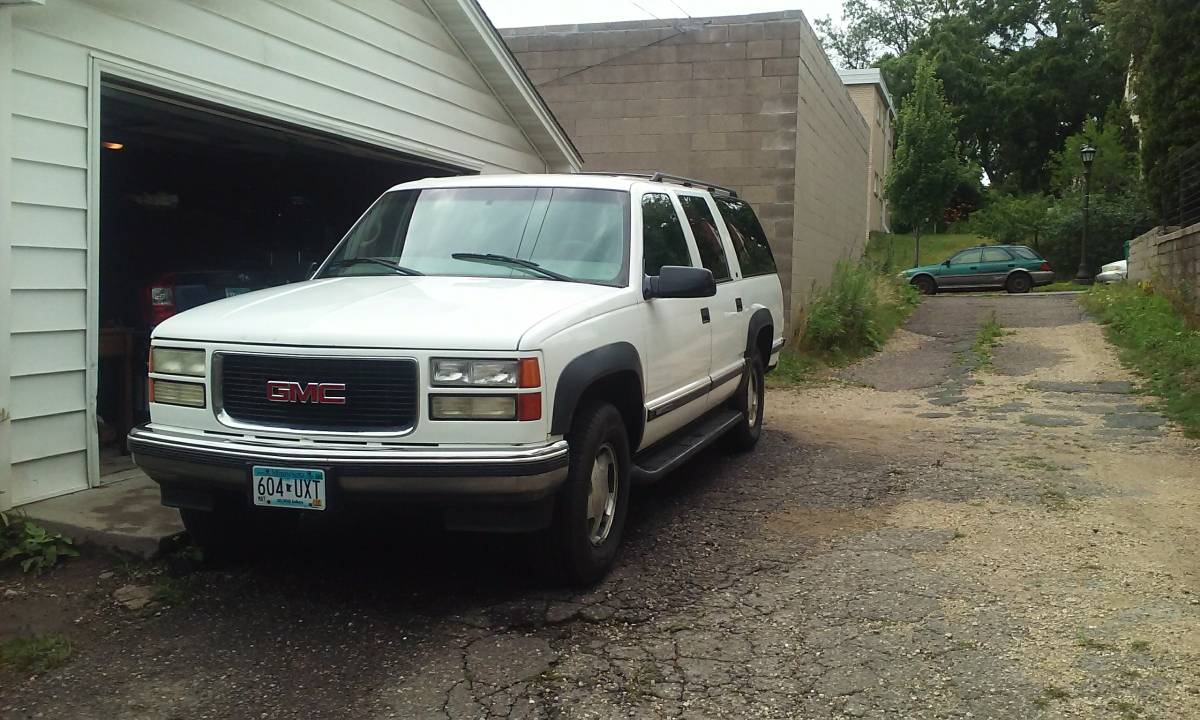 When picking the options for a Burb in the late 90s there was one big three-letter reason to pick the 4X4 version…Y-2-K.  Yup.  If the end of the world did happen, you were going to have front row seats from the highest mountain and no slippery earth was going to stop you and your family from watching asteroids crash into bank computers and bears become sentient.  I remember going to the grocery store and naively wandering through the bottled water aisle (probably on my way to the beer section) and being surprised to see that it was cleaned out.  Somebody even purchased all the overpriced Evian/Fiji/FrooFroo water from France. 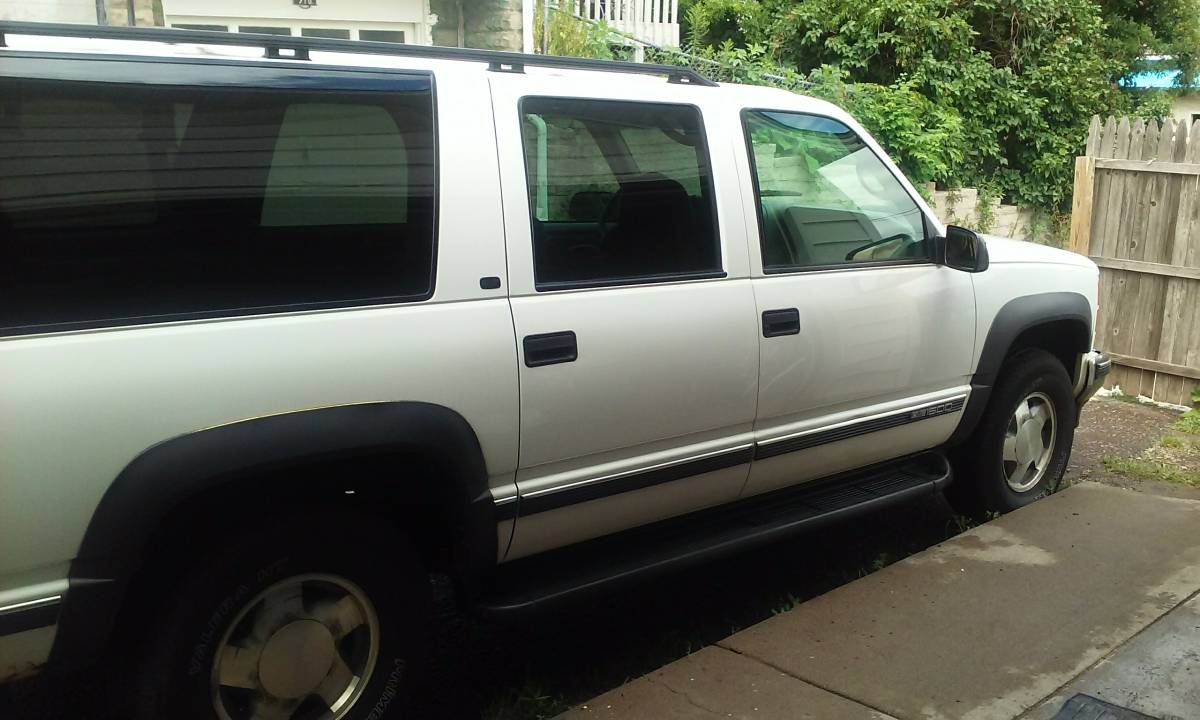 Anyway, if you packed a bag and were ready to head to a local tourist town in the mountains (which was the same plan as about a BAZILLION other people) there is a good chance you had that bag in the back of a Suburban.  And if push came to shove, you were going to leave the mistress and the wife, but take the dog. I won’t judge.

See another while whale for cheap? tips@dailyturismo.com