The first generation Toyota Celica was built from 1970 through 1977 and sold in large quantities as a Japanese sushi sized antidote to the bloated cheeseburger ‘Merican sports coupes of the day.  In 1976 a liftback version was released in North America that resembled a 7/8ths scale Mustang, but regardless the Celica is the classic Japanese pony car to get.  Find this 1977 Toyota Celica GT Liftback

for sale in Arcadia, CA currently bidding for $5,045 with less than 1 day to go. 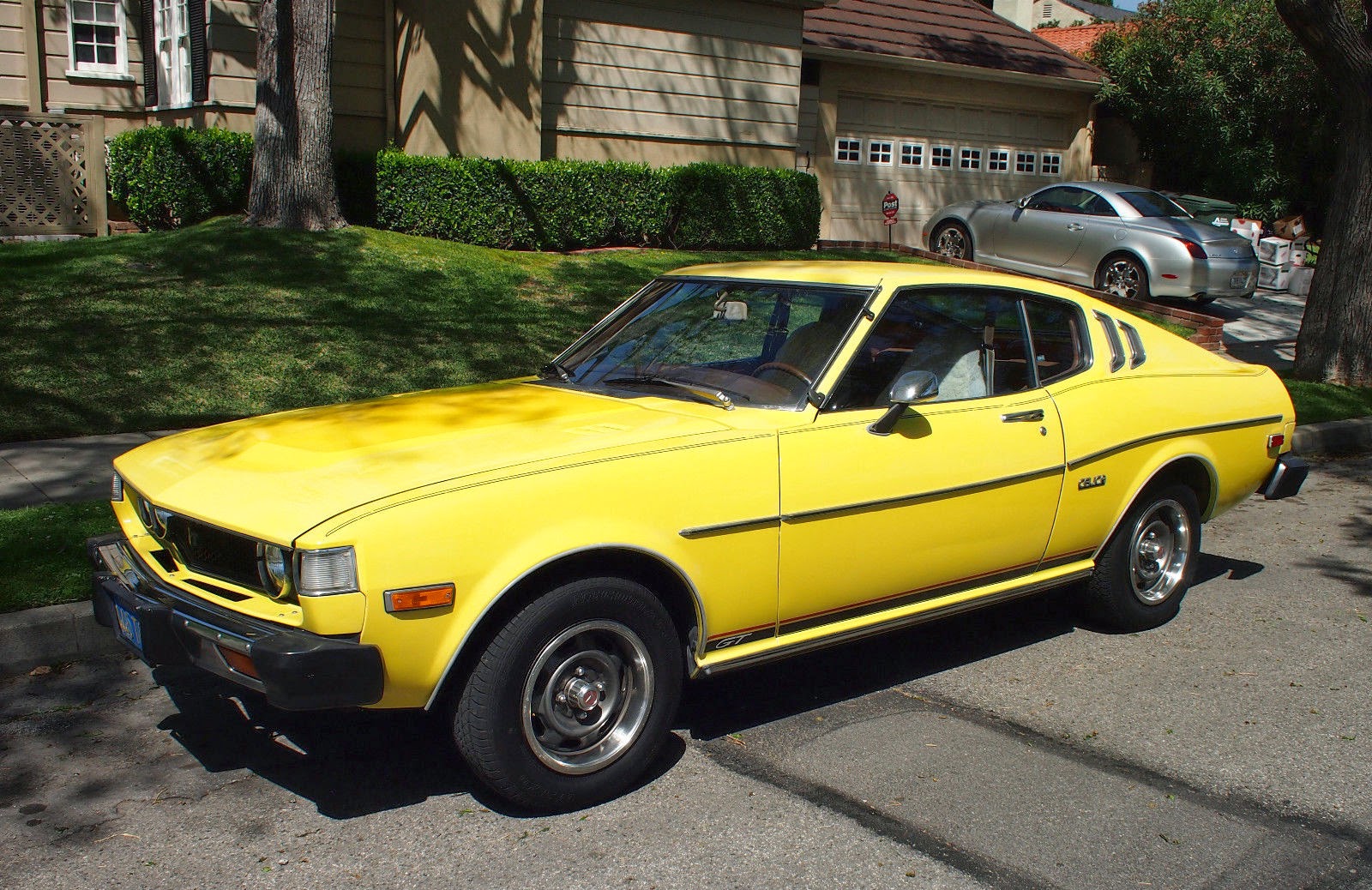 Folks joke about the Celica liftback looking like a 69/70 Mustang, but the tri-bar rear tail lamps and rear 3/4 view is pure Mustang fastback.  The similarities stop at costmetic, because the little 1977 Celica is  anything but a big fat bloated ’71-’73 Mustang and much better looking than the Mustang II. 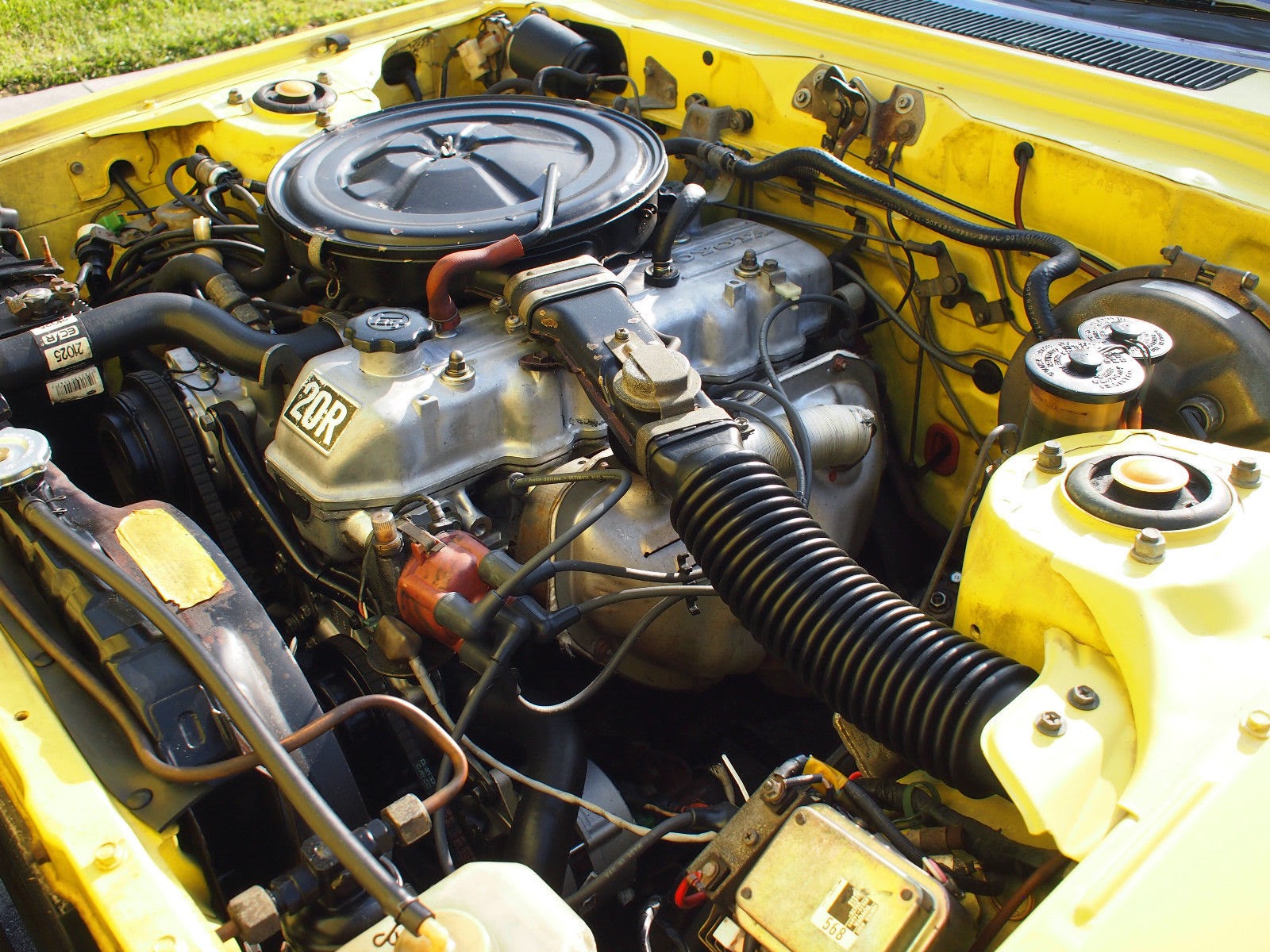 Power comes from a 2.2 liter Toyota 20R engine that puts out 117
horsepower into a 5-speed manual gearbox and into the rear wheels via a
solid rear axle. The first generation Celica is pretty basic, but that’s part of the
appeal – no gimmicks or smog choked low-compression V8, just a simple two-valve SOHC inline-4 that does the job without complaining. 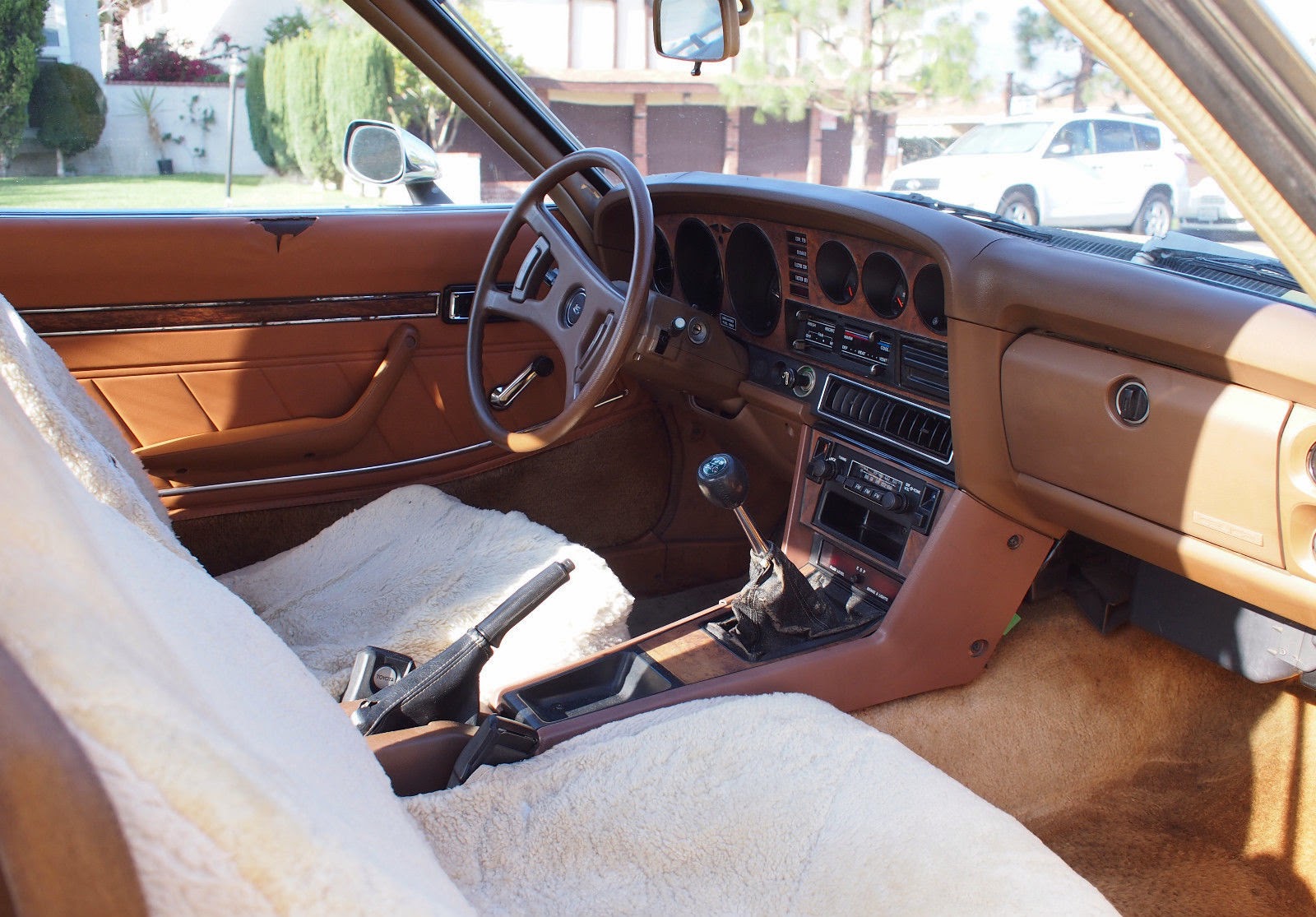 Inside we can see the original long throw shifter, plastic fake-burl
wood grain dash, and period correct simulated sheep skin seat covers. We would grow out our mustaches and don pairs of Aviators
while cruising back in time in this baby. The original brown hard
plastic dash appears to have a few cracks, but no San Andres fault.  There isn’t much space inside one of
these Celicas – a 1970’s Toyota feels laughably compact by today’s
standards – but with that compactness comes light weight, fuel
efficiency and fun! 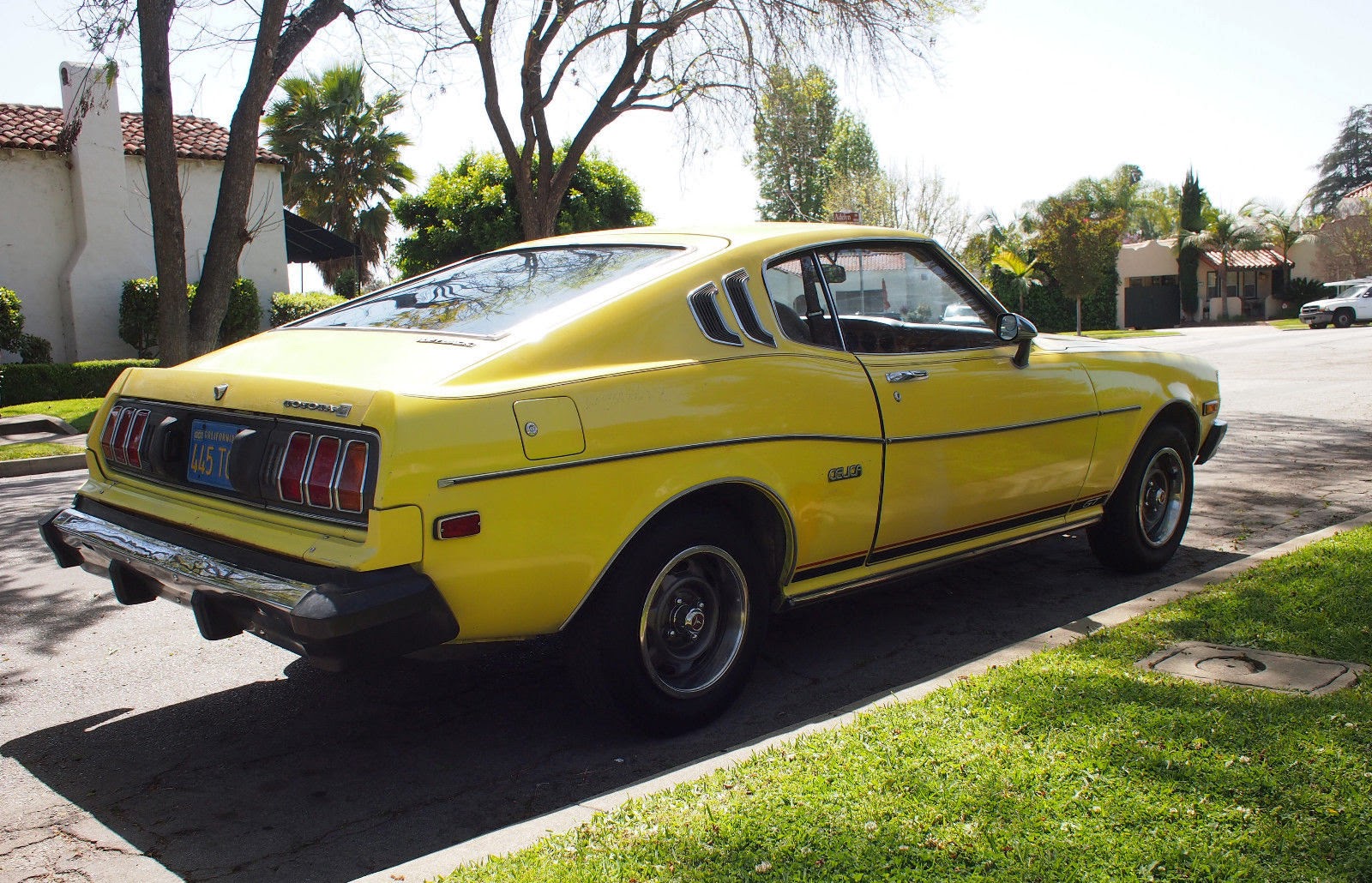