Some people prefer domestic cars and some European. The problem
with trying to buy a European car in the United States as a whole nation
of manufacturers is missing. The French manufacturers withdrew from
these shores starting in the mid seventies and by the end of the
eighties no new Renaults were being sold. In 1961 the Dauphine was a
success in Europe, but in the United States not so much. We would be
remiss if we included the most popular cars of this century without
including one some considered one of the worst. For your consideration
please feast your eyes on this 1961 Renault Dauphine located  outside of Jacksonville, Florida  for $4,750.00 or best offer, trades considered.  This
post is part of DT’s 2016 Birthday Celebration of 100 cars;
enjoy the ride! 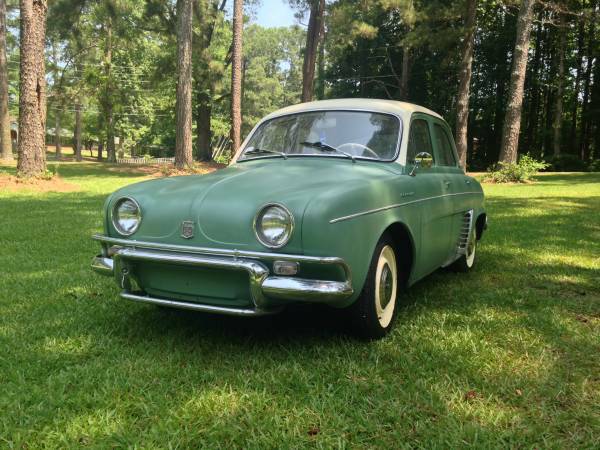 A
post war, modern, economy car and peer with the Volkswagen Beetle, Fiat
500, and Morris Mini the Dauphine is not remembered as fondly as other
cars of the era. When is the last time you passed one on the road? Have
you seen one on the corner lot for sale lately? The rear engined, rear
wheel drive car is not an unattractive design and more sleek and rounded
like the Beetle and less square than the Mini but with four doors
unavailable on the other two. Truthfully this would be a fun driving
experience to compare with other cars of the era but after reading Road
& Tracks review that the Dauphine took 32 seconds to make it to 60 I
don’t know if I possess the patience. Called “The most ineffective bit
of French engineering since the Maginot Line” by Dan Neil inspires no
confidence. Yet, for me, the Dauphine still remains an object of desire.
Must be the Frenchness. 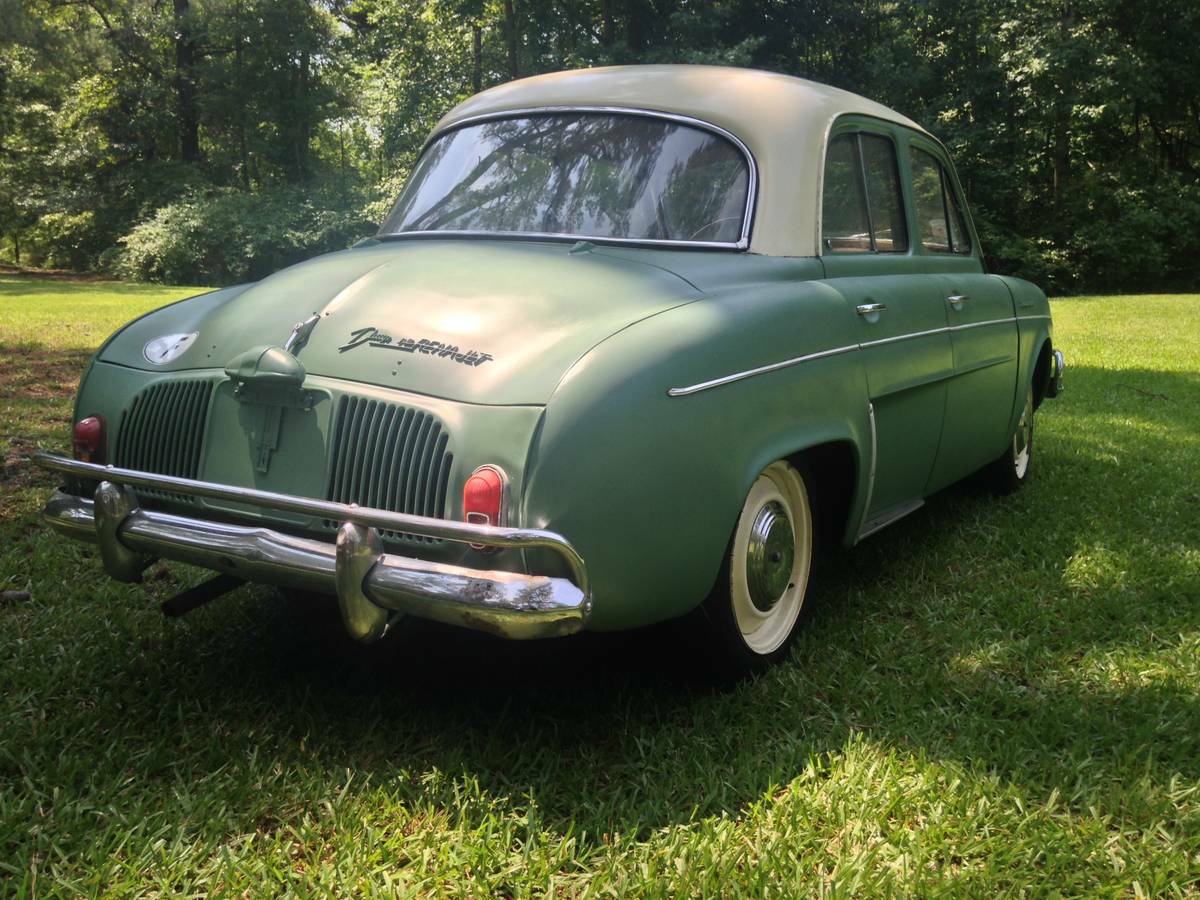 With
36 hp at 4,000 rpm the car is more suited to shorter European travel
than the wide open interstates that now dominate. We know wide open
spaces prefer horsepower and economy cars with smaller engines lost out
to larger displacement engines until the oil crisis. The engine bay
looks intact and sparse with the 845 cc inline four in place and could
use cleaning. 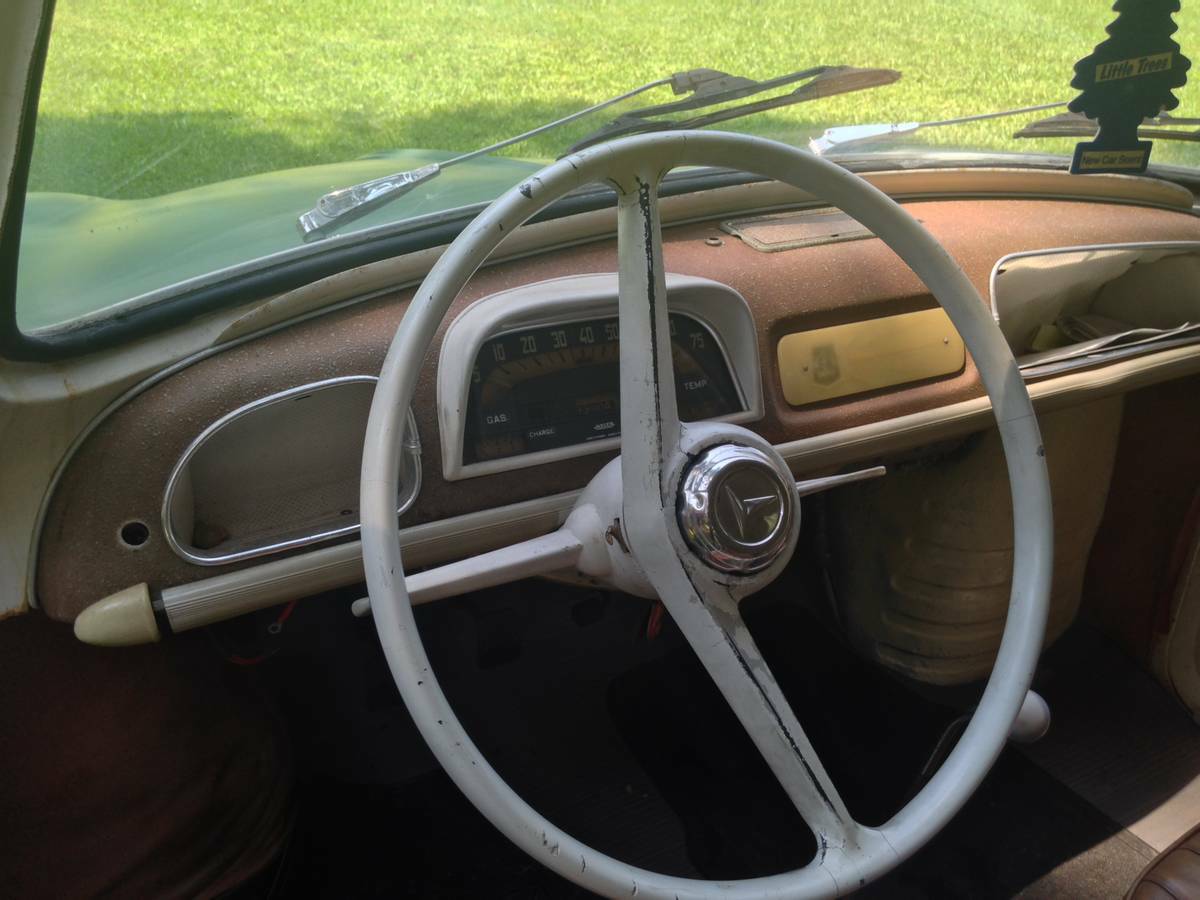 The interior needs work, but
looks original and a good starting point.  With the front tire held
below the trunk the Dauphine even looks a little Pixar like. The car is
either sticking out its tongue or eating an Oreo cookie. 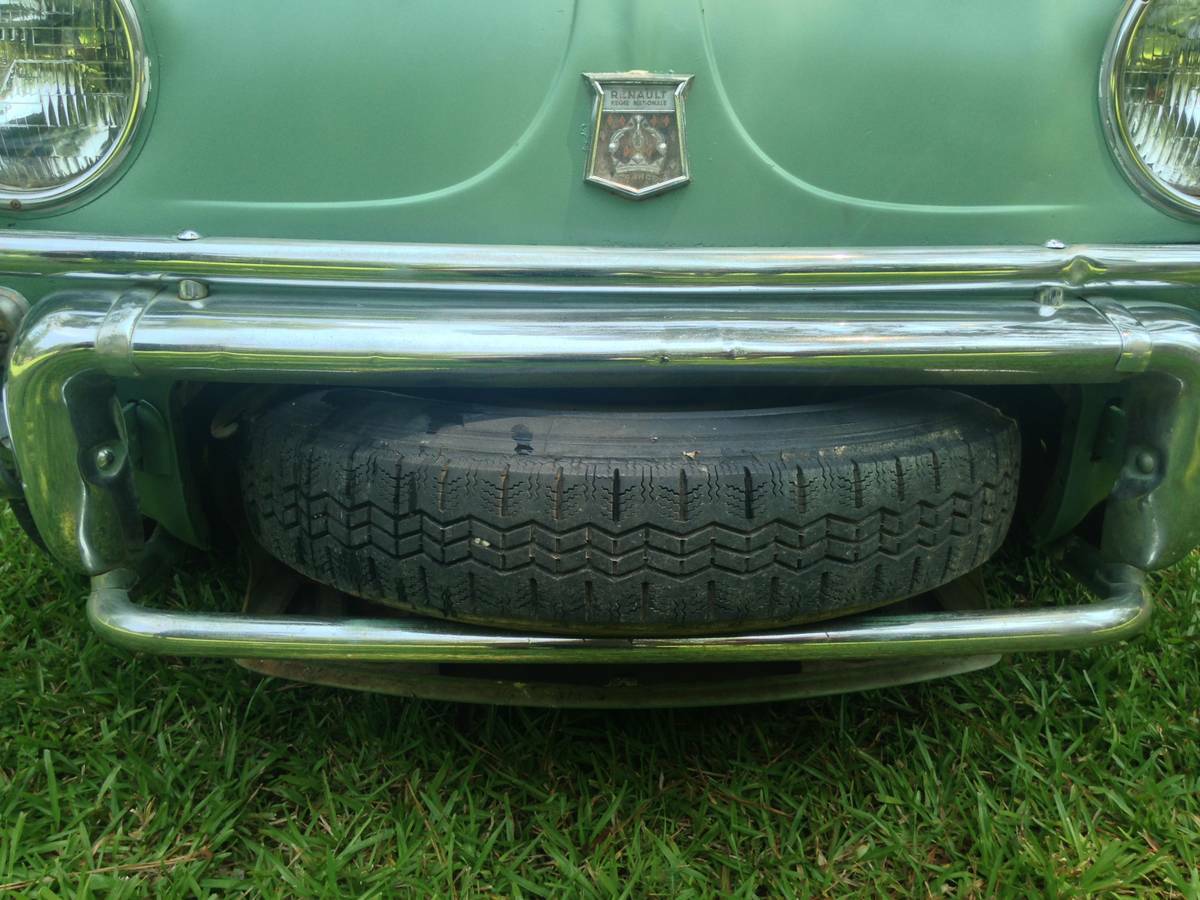 Maybe one day soon there will be a Gallic return to our shores. See
a better way to smoke a Gauloises or two while accelerating to 60? Let
us know your experience with a Dauphine in the comments below.

A refugee from the frozen north who loves running and water sports, Adam
can be found looking for the next slow car to drive fast when he has access to
electronics he hasn’t immersed in liquids. He is an analog kid, not a digital
man.