The ’57 Chevy is the quintessential American ’50s car for restorations, probably because GM originally built 1.5 million cars that today can be called a ’57 Chevy.  GM sold them as 2/4 door sedans, 2/4 door hardtop, 2 door convertible and 2/4 door wagons.  The result is that it is one of the most restored and recognizable classics from the ’50s, but that didn’t stop this ‘customizer’ from hacking about 3 feet and a set of doors from this 1957 Chevy Wagon and now selling it for $3500 via craigslist in Kingman, AZ. 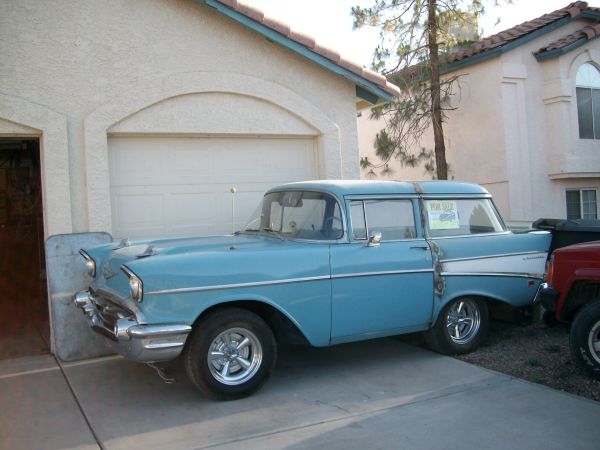 We now have the answer to the question: “What would the 57 Chevy have looked like if Richard Scarry were design chief at GM in 1956?” Unfortunately – no one ever asked this question.  Ever. The seller mentions “Body and chrome in great shape” which is not entirely correct because it is missing a large piece of its body and the plasma cutter/welder marks look like a scar on Frankenstein’s face. It’s a shame because this looks like it might have been a nice survivor wagon (albeit a 4-door) before it was truncated. 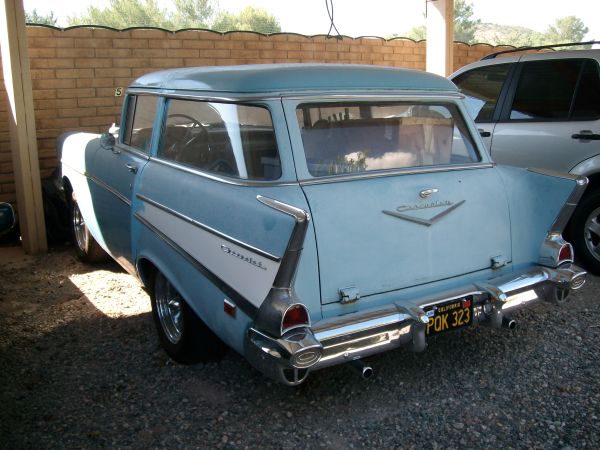 The ad text states there is no engine or transmission, which isn’t a problem because Chevy ‘small blocks’ from 1955-2003 will fit into this Pig-Mobile, no problem.  This ’57 probably originally came with a 265 cubic inch (4.3 liter) V8 putting out somewhere between 160-200 hp depending on the specific options. 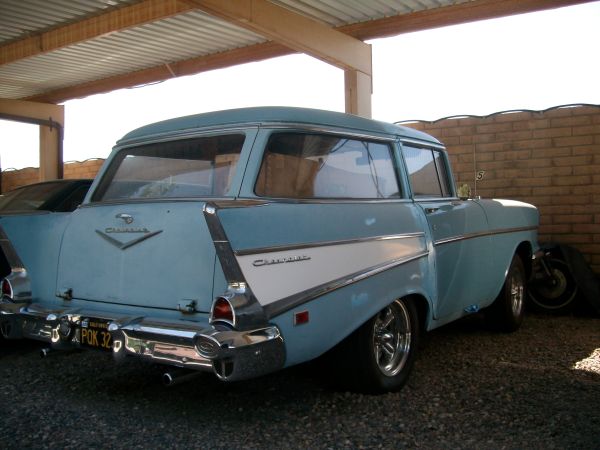 This car is advertised in the Los Angeles craigslist – but it listed as for sale in “Kingman, AZ” (located on historic Route 66!) but is equipped with mid-’60s issue California black plates. 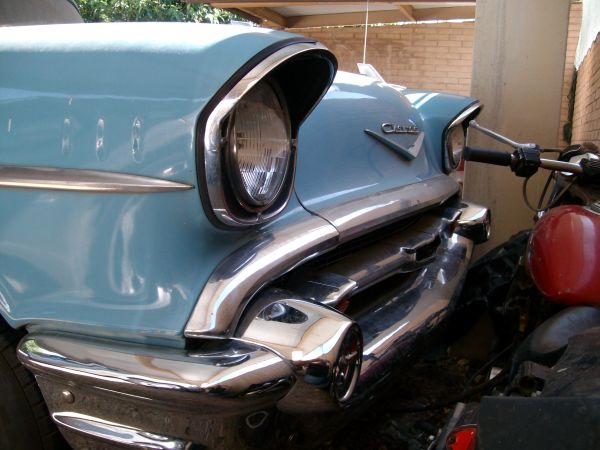 We still aren’t sure if this car is Wiener Mobile awesome or Bananas Gorilla’s Bananamobile bizarre…but it certainly would get lots of questions, and you’d need to put a bit of coin into this riddler before it would be ready to terrorize your local car shows. Wheelie bars, anyone?