Naming a car brand after a Spanish Conquistador takes a certain amount of cojones. Magellean Transatlantic sounds impressive; but then Ponce de León Floridian and Columbus Smallpoxer both have a certain ring to them. However, when Chrysler Corporation needed yet another midrange offering to compete with Ford and GM in the late ’20s, they took inspiration from Hernando de Soto, who traveled across hemispheres in the 16th century and then posthumously gave his name to Hemi V8s in the 20th. Find this running, driving,  1951 DeSoto Custom 4-door sedan for sale in San Jose, CA for just $3,895 via craigslist. This post is part of DT’s 2016 Birthday Celebration of 100 cars; enjoy the ride! 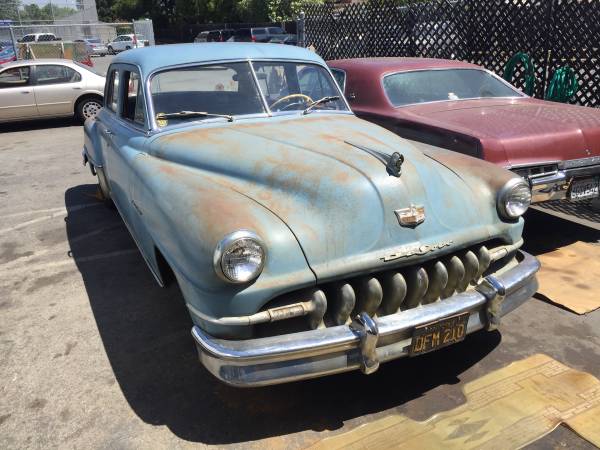 This DeSoto (née de Soto) is a stodgy 4-door sedan with the type of proportions that would appeal to Ward Cleaver, but it’s an early ’50s chunk of stamped steel Americana that has just the right type of patina. Original light blue paint has gradually burned and faded and given way to some brown rust colorations on the tops of the fenders and hood, and overall this thing has a sleepy survivor vibe. 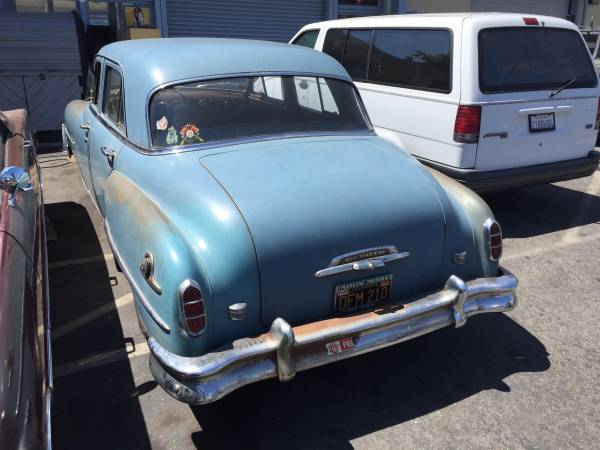 For 1951 the DeSoto range consisted of myriad body styles in the lower Custom trim level and the upper DeLuxe. It seems all were powered by the same 250 cubic inch flathead inline six-cylinder, which made a wheezy 116 horsepower, SAE Gross. This is not a powerhouse but you can bet that the cast iron lumpus will outlive everyone and everything you’ve ever known. 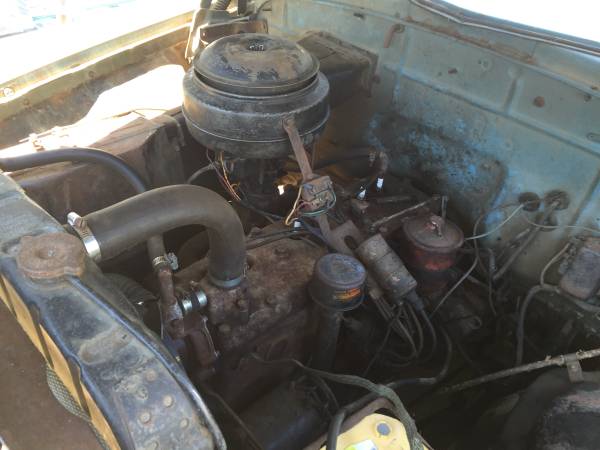 If sleepy, slow sleepers aren’t quite your thing, and you want a fast sleeper, then this car would be the perfect donor for a Jonathan Ward ICON style rebirth. Pull the body off the frame, replace said frame with something built of TIGed tubes and an LS-whatever, with modern independent suspension and big brakes all around. Leave the paint exactly as it is, but recover the interior in burgundy alligator skin and make some sweet custom nickel plated badges. Then sell the whole shebang for six figures. Hey, it’s a proven formula! 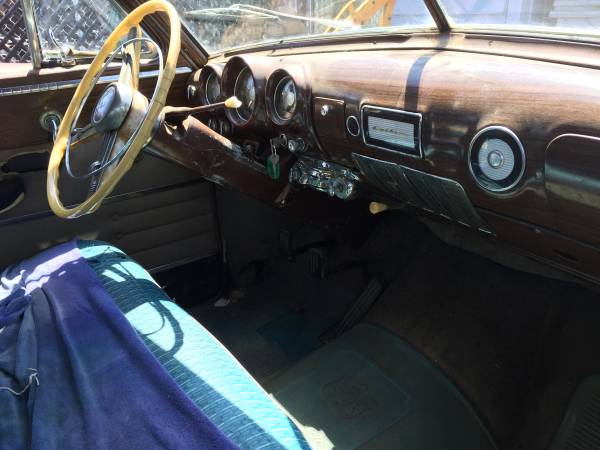 Honestly, to me, this is cheap enough and looks like a great candidate for the upcoming inaugural Hell on Wheels 24 Hours of LeMons Rally in August 2016, which will do a big loop around northern CA, Reno to Vegas, Death Valley, then back up the CA coast culminating in the Concours d’LeMons car show at Monterey’s famous car weekend. They should have an American Orphan class, and I bet this would take top prize, if you can get it there.

See a better alternative to the DeGama Annihilator? email us here: tips@dailyturismo.com