Car names like ‘Dictator’ probably won’t happen again, forever replaced with innocuous and increasingly meaningless alphanumeric combinations like i42, Z37, and 380i. Studebaker chose to name its entry level sedan Dictator to tell everyone that this vehicle will dictate the standard by which other cars operate. Unfortunately for them, a few key figures in Western Europe and Southeast Asia also chose this title for similar reasons, thereby ending the Dictator name in Studebaker’s lineup in 1937. Rule your neighborhood with an iron fist with this 1935 Studebaker Dictator in Rainbow, CA for $10,000.  This
post is part of DT’s 2016 Birthday Celebration of 100 cars;
enjoy the ride! 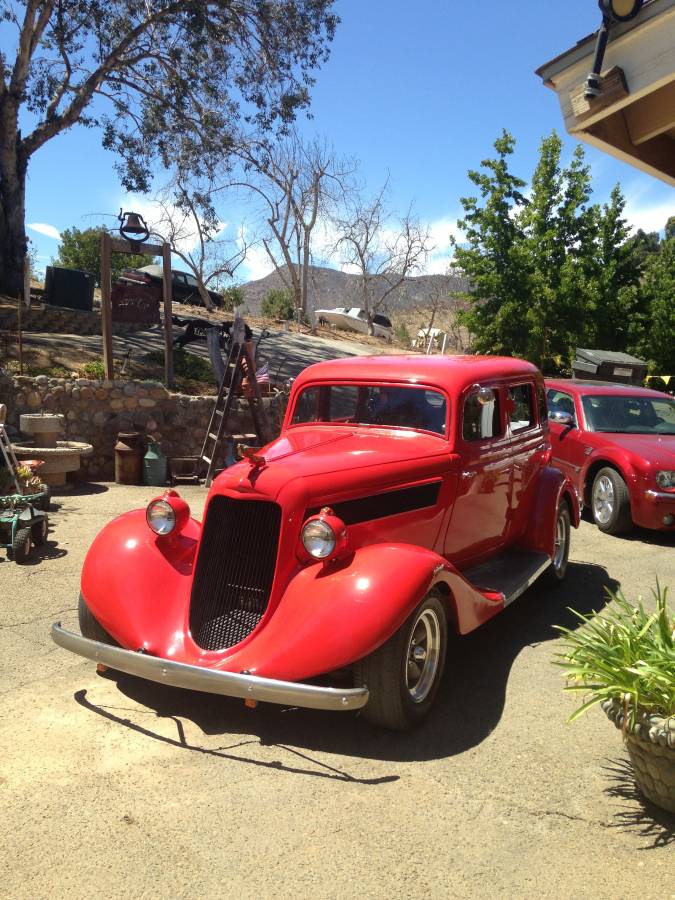 Although it has received the ubiquitous 1990’s auto parts store calendar street rod treatment with Torq Thrusts and a Chevy 350, this Stude looks pretty good. Raising the ride height a bit and going with a period steel wheel might help to restore a bit of this car’s former class but it’s not horrible as-is. Red doesn’t really flatter a huge car like this but re-chroming some of the bits that are currently red and de-Frenching the tail lights could help make it look less monolithic. 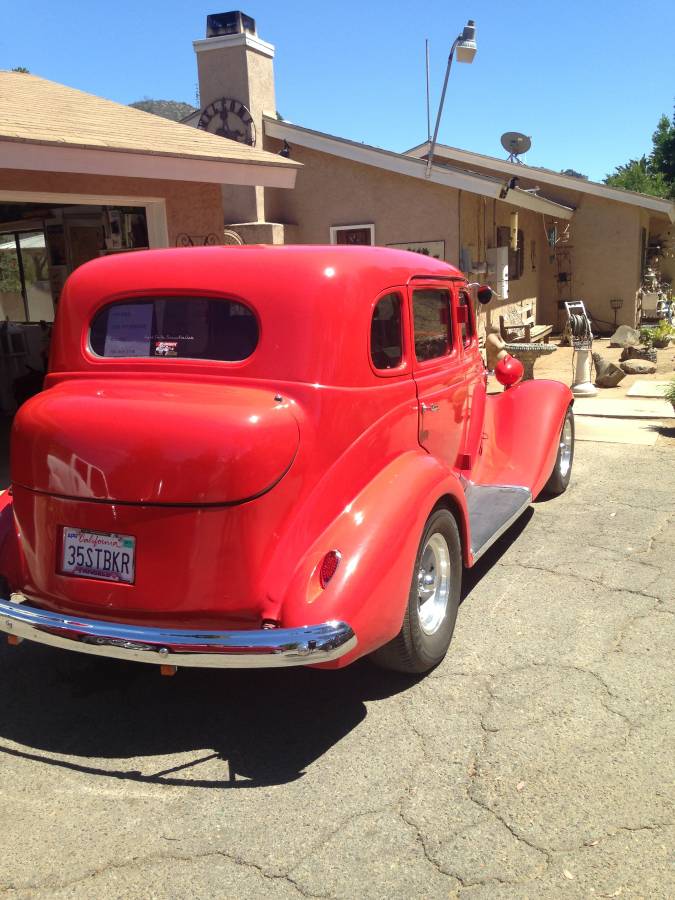 See a better way to be a tyrant? tips@dailyturismo.com