Each time I don’t win the lottery is another reminder that I don’t play the lottery, but bigger still it is a chance to reflect the fact that I will never own a Bugatti. It is plausible that anyone with a basic income could some day own a car with a legendary name like Ferrari (308s are cheap), Shelby (Dodge baby, Dodge!), Cadillac, Alfa Romeo…the list goes on…but anything from a Bugatti Type 1 to a Veyron is strictly limited to the 1 % club, so regular folks will need to settle for a kit version.  Find this 1927 Bugatti T-35 Replica here on eBay 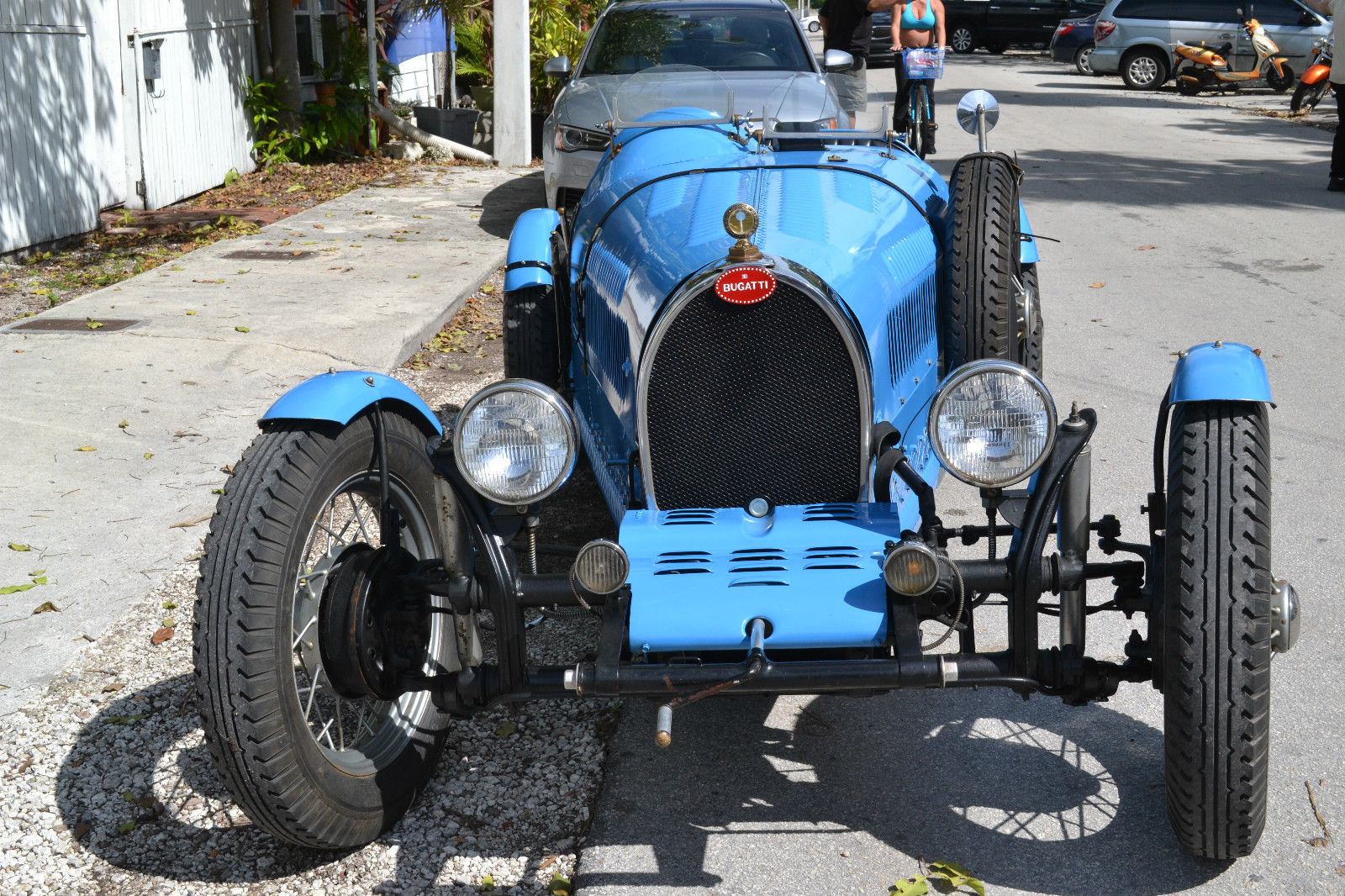 Volkswagen based Bugatti kit cars are a common thing around the web, but finding one that hides its Beetle roots is a plus.  The telltale twin exhaust exiting under the rear section is a dead giveaway, but this one features an aluminum body covered in hand-punched louvers and hammered rivets — the entire thing looks really well done. 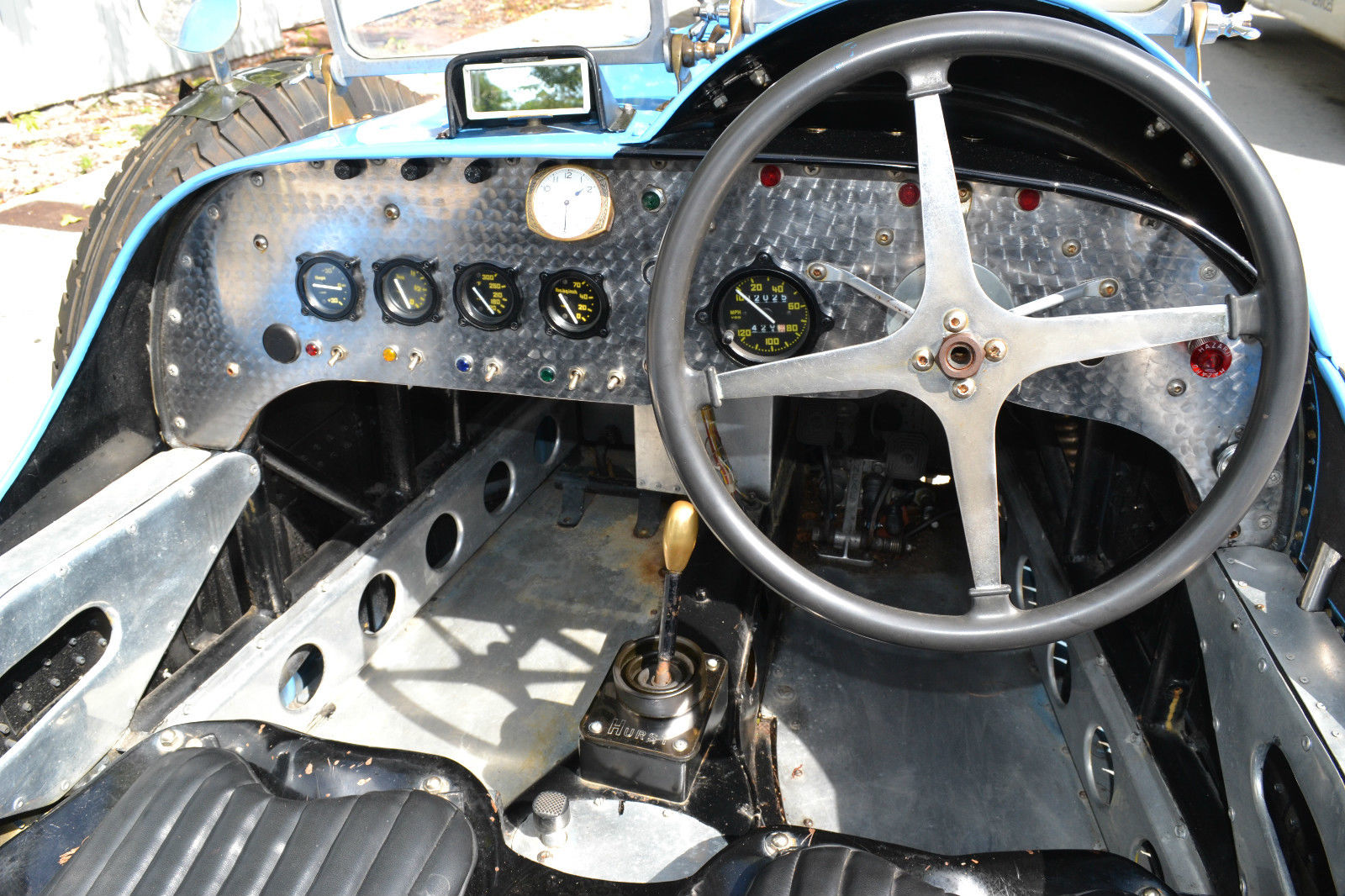 The seller doesn’t give much information on the 1600 cc engine under the driver’s seat, but he does claim that an extended exhaust pipe makes the engine sound less like a Beetle and more like a couple of Harley Davidson’s driving down the street. 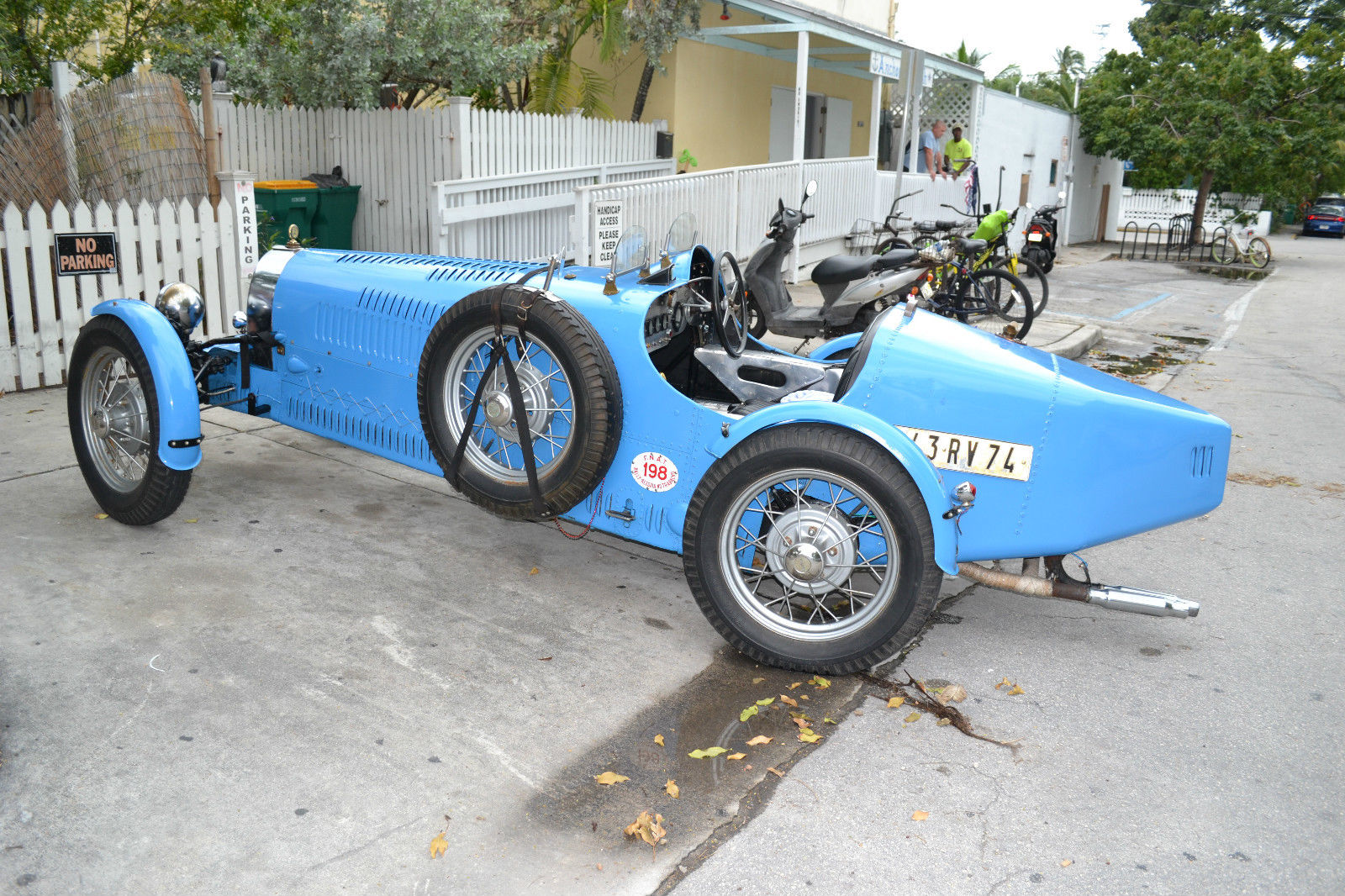 See another kit car that’ll plaster a smile (and bugs) on your face? tips@dailyturismo.com