The Dodge Ram SRT-10 isn’t pretty. It isn’t sporty.  It isn’t really a pickup or a sports car.  It is a physics defying 3-ton hunk of metal powered by a 500 horsepower V10, with room for 5 adults, a few mangy dogs, a BBQ grill, and $500 of groceries.  It is as if Dodge had turned over the Viper design authority to a collective of shoppers from Walmart and told them “design the next Viper for your cousin Bubba and his wife/sister.”  Find this 2005 Dodge Ram 1500 SRT-10 quad cab for sale in Pasadena, TX currently bidding on ebay for $10,626 reserve-not-met with a few days to go via ebay. 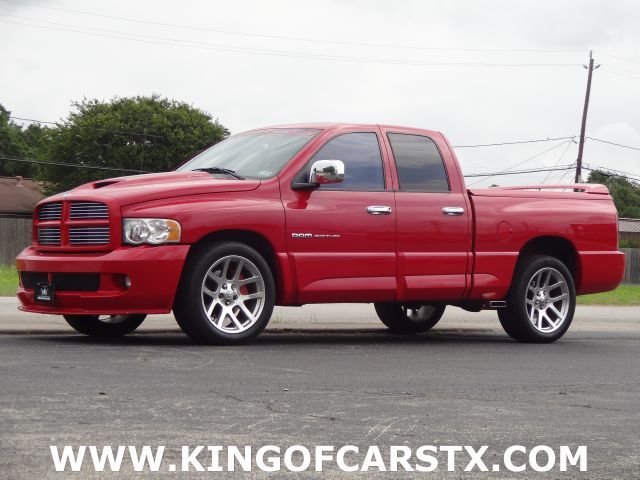 The King of Cars in Texas is selling what can only be described as the emperor of 4-door pickup trucks.  The F-150 Lightning was king in the day, but boughed out of the public eye in 2004 when the SRT-10 Ram appeared with a bigger engine, more power, more torque, more doors, comparing the two is like comparing a trireme to a battleship. 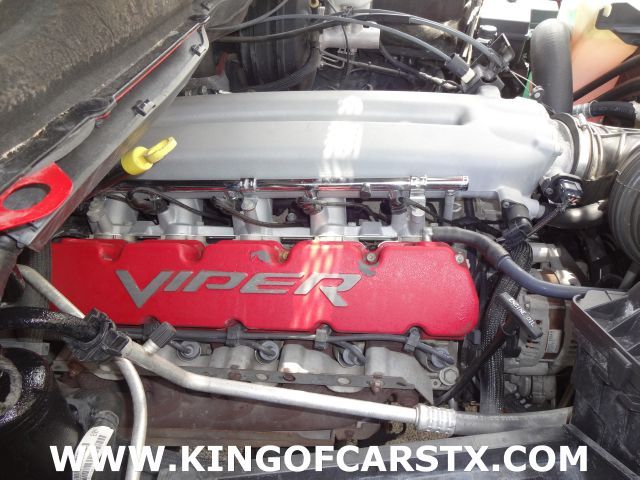 The Lightning was powered by a supercharged truck engine that was (years later) modified and stuck into the Ford GT/Shelby Mustang, but the SRT-10 Ram got an already potent Viper engine just shoved between its shock towers.  The Viper 8.0 liter V10 puts out 510 horsepower and 525 foot-lbs of torque and is enough ooomph to propel the 5600 lb Ram from 0-60 mph in 5 seconds and up to a Guinness Record holding 154 miles per hour. 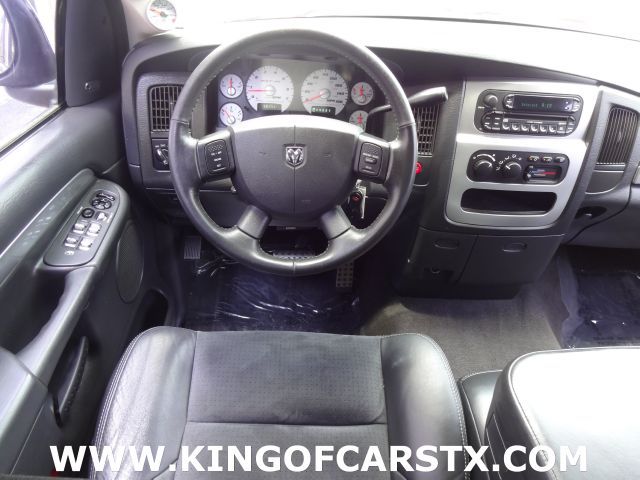 The SRT-10 has a decent interior for a big American pickup truck.  It isn’t going to look like an Audi on the inside, but  it does have a cool set of white face gauges and a big red ‘START’ button to fire up the V10.

This video needs little introduction other than to say that if you need to haul cows around the Nürburgring, don’t use some slow euro diesel rig, get an SRT-10. 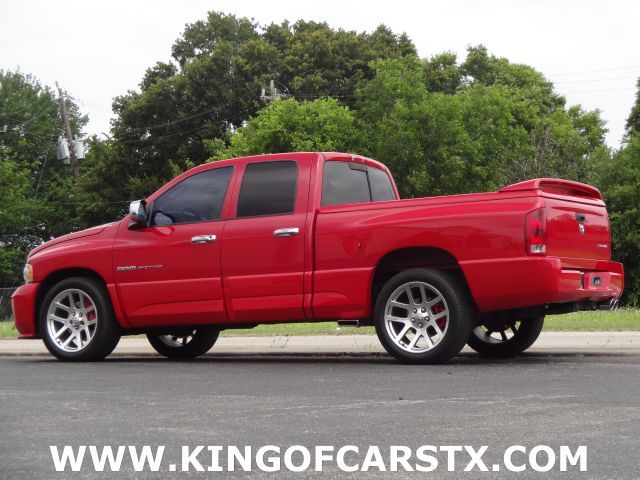 Ram SRT-10 prices have dropped to around $20k and we expect them to continue dropping for the next few years, and after a certain level is reached ($10k?) expect the rattier ones to get stripped for their Viperlicious powerplants and shoved into the front of RX-7s, 240SX, Fox Mustangs, Volvos and other breeds that came with underpowered and unreliable junk from the factory.  Just don’t wait too long because they only built about 10,000 of these Viperams.