The GMC Typhoon was the SUV version of the GMC Syclone — both were turbo-V6 versions of a common compact truck/SUV platform with acceleration capabilities that would surprise anything on the street when new.  Today, with the proliferation of high compression direct injection engines, the Typhoon won’t be the fastest thing on your block but it will certainly raise a few eyebrows.  Find this 1993 GMC Typhoon offered for $18,500 in St Louis, MO via craigslist.  Tip from Jeff G. 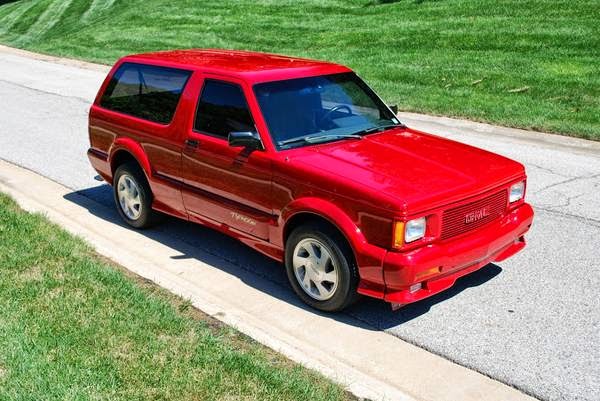 The GMC Typhoon was a high performance version of the GMC Jimmy compact
SUV, sold only from 1992-1993 as an experiment in fast but tippy autos.
With a turbo V6 mated to all four wheels via a 4-speed auto, it had straight line acceleration similar to a Ferrari 348, Chevy Corvette and Mistu 3000GT
VR-4. 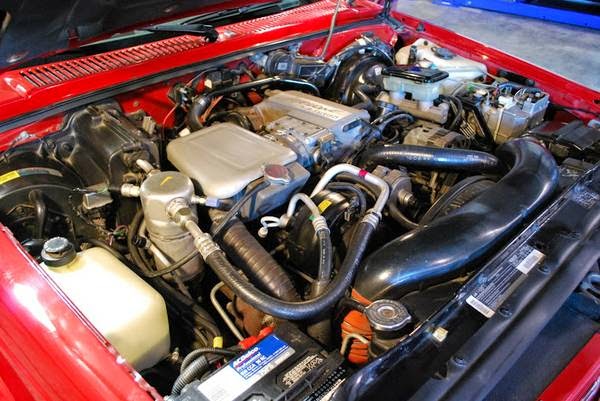 but features a
Mitsubishi TD06 turbocharged 4.3 liter LB4 V6 that is rated at 280
horsepower and 360 ft-lbs of torque. However, rumor has it that stock
examples would dyno at above 300 horsepower to all four wheels.  With
less than 5000 Typhoons built in the two years of production (’92-’93)
finding a clean one is tricky, but not impossible. 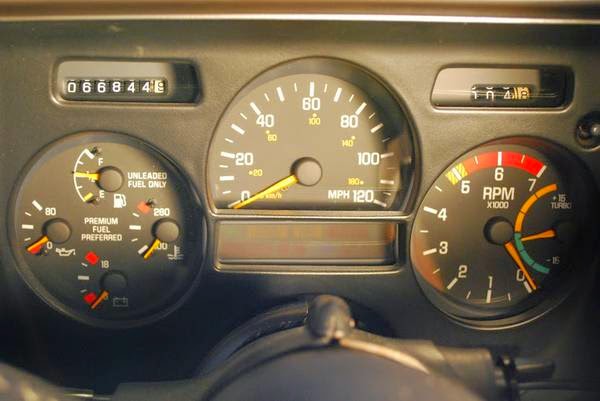 Tipper Jeff notes:  Sure, looking at the design of the dashboard generates the same look
one might get if your sister asked you to go bikini shopping with her.
However, I still want one. See another Typhoon or Syclone for sale? Send it here: tips@dailyturismo.com

What Am I? Under The Hood 4k: Skinned Rabbit; White Inside: 1993 VW Cabriolet