The transition metal Cobalt is an element with atomic weight of 27 and was discovered by a Swedish chemist in the early 18th century.  Cobalt is key component of the chemical cobalamin, commonly known as vitamin B12, a nutrient necessary for all animal life…a subject which we will dive into later.  The Chevrolet Cobalt was the re-boot of the much loathed (and much Boatified) Cavalier from 2004-2010 after which it was also replaced, this time with a similar smelling vehicle called the Cruze.  Find this 2007 Chevrolet Cobalt SS Turbo with 400 horsepower for sale in Elizabethtown, PA for $14,000 via craigslist.  Tip from Kaibeezy who has finally discovered that craigslist functions outside the misty confines of the SF Bay Area...and there was much rejoicing. 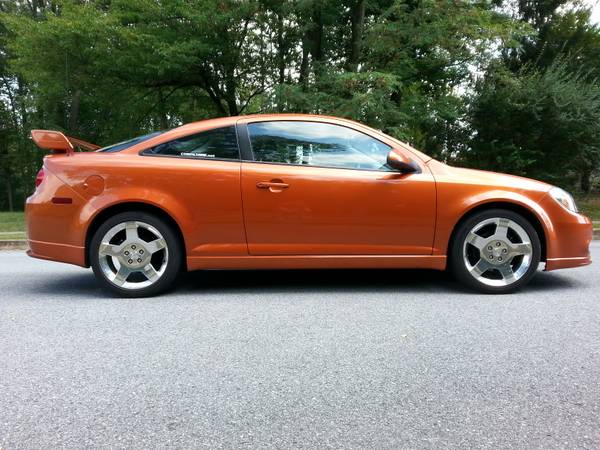 For some reason Chevrolet is under the impression that by changing the name of their subcompact econobox the public will like the new version, or at least find it a bit less heinous.  Along the way many a decent Corvair, Vega, Monza, Cavalier, Cobalt & Cruze have been and will be sold, it’s just that the vast majority of the low-optioned slushbox variety are complete crap.  Which brings us back to elemental form of Cobalt, which is abundant in the earth’s geological landscape, but needs to be driven up the food chain into our mouths and appropriately ingested…more to come. 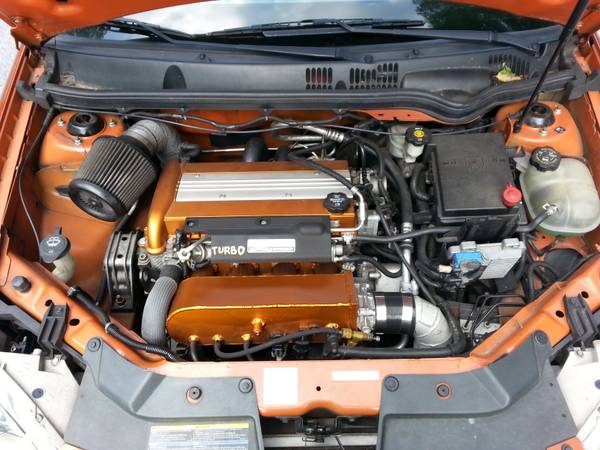 This Cobalt is the SS variety and as such was originally powered by a 2.0 liter supercharged inline 4-cylinder known as the LSJ that would put out a grossly underrated 205 horsepower, however the seller of this Cobalt has swapped in a healthy Garrett GT3076R turbocharger in place of the supercharger.  Dyno figures aren’t available, but the seller estimates 400 horsepower, which is probably an overestimate, and would mean traction issues in the first 3 gears. 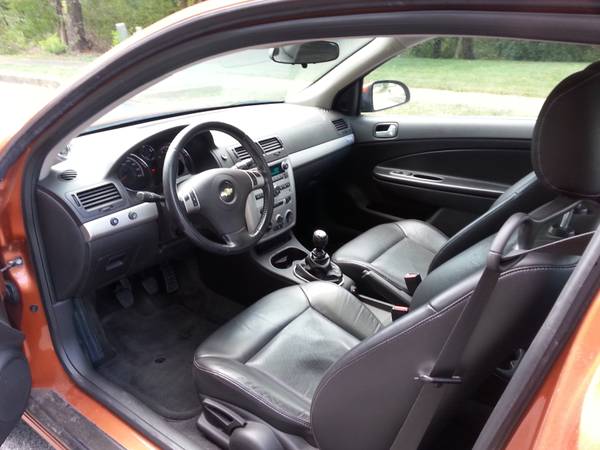 Animals that graze (specifically those that ruminate and are equipped with multi-compartment stomachs, like cows) are able to ingest trace amounts of cobalt salts from grass, which are transformed into vitamin B12 via gut bacteria.  Unfortunately animals who don’t graze on mineral rich grasses all day (like you and me) need to ingest vitamin B12 via eating the flesh of other animals, or less desirable, the poo of a ruminant grazer. 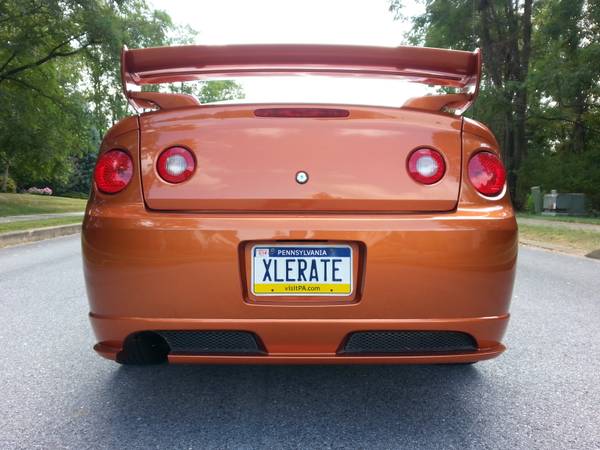 The reason I have gone to great lengths to explain the food chain as it relates to the element cobalt is because I am evolved enough to admit that I would rather eat a diet rich in buffalo scat than be seen driving a Chevy Cobalt.  XCREMENTATE?  email us here: tips@dailyturismo.com