The Mitsubishi Starion/Dodge Conquest/Plymouth Conquest/Chrysler Conquest
was a line of 4 cars built in the 80s by Mitsubishi in Japan – rebadged
for Dodge/Plymouth/Chrysler to confuse everyone.  It was the Japanese
version of a pony car and combined a turbocharged
front engine, manual trans, rear wheel drive and limited slip
differentials for classic fun.  Contrary to popular belief the name Starion was not an Engrish
mispronunciation of Stallion, but it is a contraction of the words Star
of Orion.  It would be easy to compare a nice version of the Starion to a Mustang, Camaro, Porsche 944 or RX7…but today, we will compare a Starion to three more Starions.  Welcome to Starion gazing, where we are going to look at three 1987 and one 1986 Mitsubishi Starions, all for sale in the SF Bay Area, CA.  Tip from Kaibeezy. 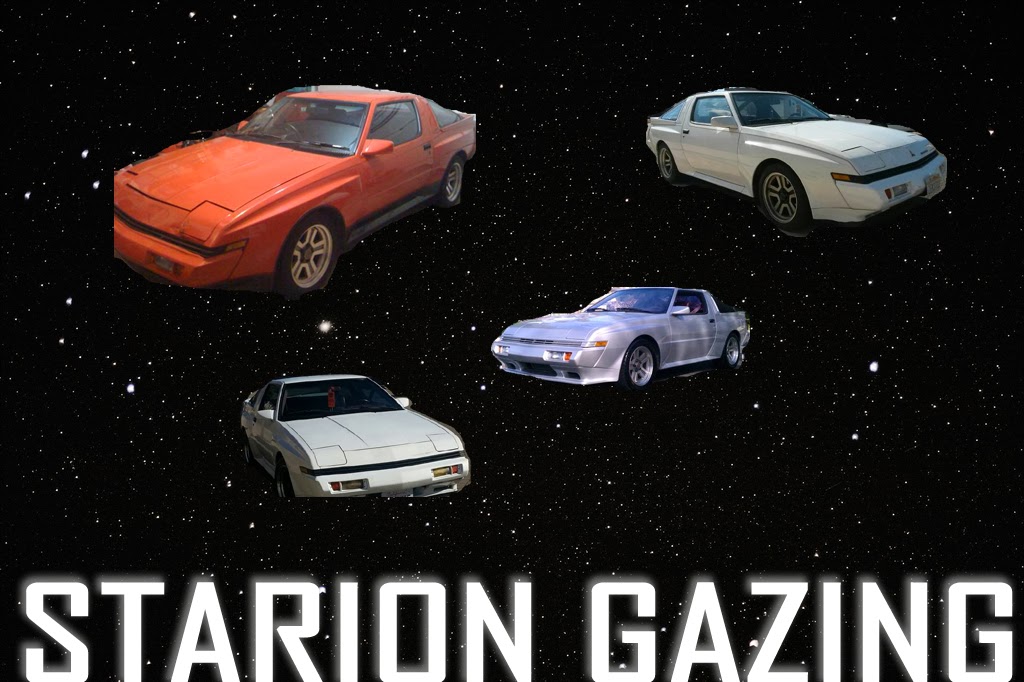 There are an unusual 4x Starion/Conquest on SFCL right now – all 5-speeds! – scoop em all up for $17,900 total asking prices and start your own vintage racing series

Staring a vintage racing series or 24 Hours of Lemons racing team – either way the Starion is a great choice, lets get to dissecting the cars. 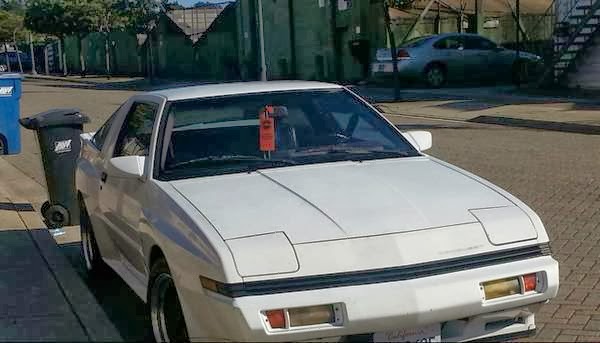 First up is this 1987 Mitsubishi Starion…wait a second…this is a 1987 Chrysler Conquest (telling them apart is a matter of reading the badges since everything else is identical) offered for $4,500.  This one has 140k miles on the odometer, but a recently rebuilt 2.6 liter 4G54 Astron engine should put out 176 horsepower and 223 ft-lbs of torque.  This one also has a bunch of bolt-on suspension parts making it the track rat’s choice. 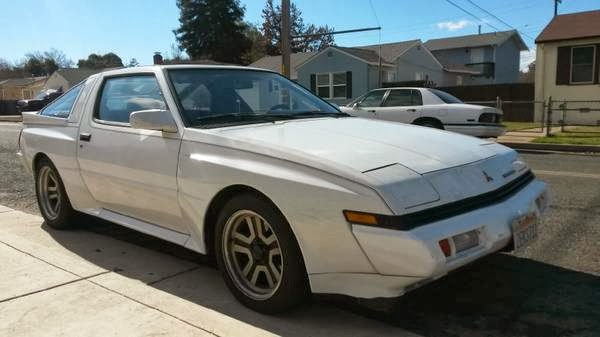 Up next is another white Starion, this time a 1986 Mitsubishi Starion offered for $4,000.  This 1986 model is rated a few ponies down from the ’87 because it uses a smaller turbocharger and puts out 145 hp and 185 ft-lbs of torque.  The odometer listing isn’t included in this one and the seller suggests it needs a valve adjustment…which seems strange for a car from the 1980s to have mechanical lifters but a quick internet search looks like the Starion could have been equipped with either from the factory?  Perhaps a Starion expert can clear that one up for us in the comments. 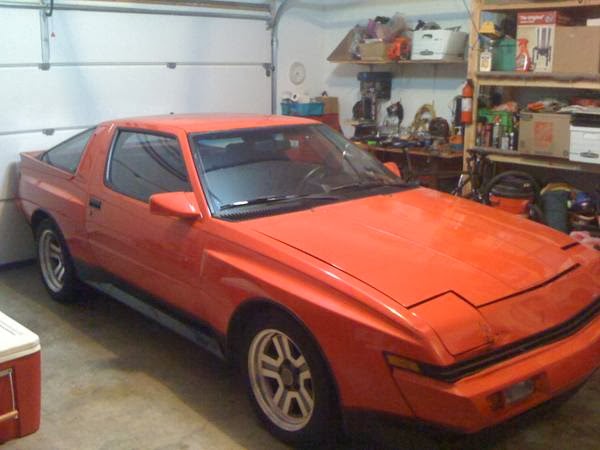 This 1987 Chrysler Conquest is offered for $2,900 in Santa Rosa, CA.  This one has 117k miles on the odometer and an engine rebuilt within the last 30k miles.  The problems are the poorly repaired damage to there right front and lack of functioning AC, but these problems are reflected in the asking price. 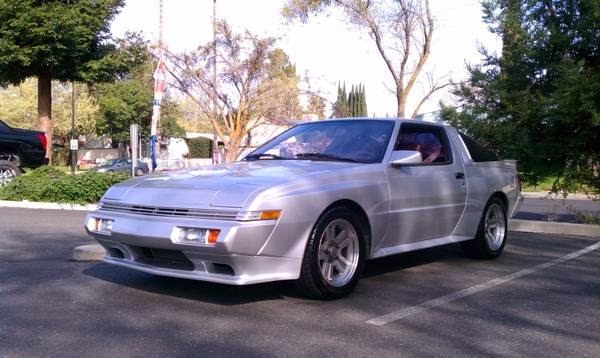 Last is this 1987 Chrysler Conquest offered for $6,500 with 110k miles on the odometer and in “super clean” condition.  This one has nice paint and interior – but the price is higher than the other examples.  Our choice would be this last one, because on a car like the Conquest you don’t save much by getting a wreck, so you may as well get a nice one.