This year we’ve found the internet to be surprisingly full of well modified versions of MG’s hartop MGB GT.  For recap, you’ve seen the MGB GT-S Twin Cam, a nicely done MGB GT Rover V8 and late last year we found a lime green MGB GT 3.8L GM V6 Swap.  It is important to point out that all three of those cars went for less than the sum of their parts — it seems that the MGB GT market is refreshingly free of the rampant speculation that plagues 911, 2002 & GTV markets as of late.  Find this 1970 MG MGB GT V8

currently bidding for $10,100 reserve-not-met on eBay, located in Valencia, CA with 3 days to go.  Tip from Patrick. 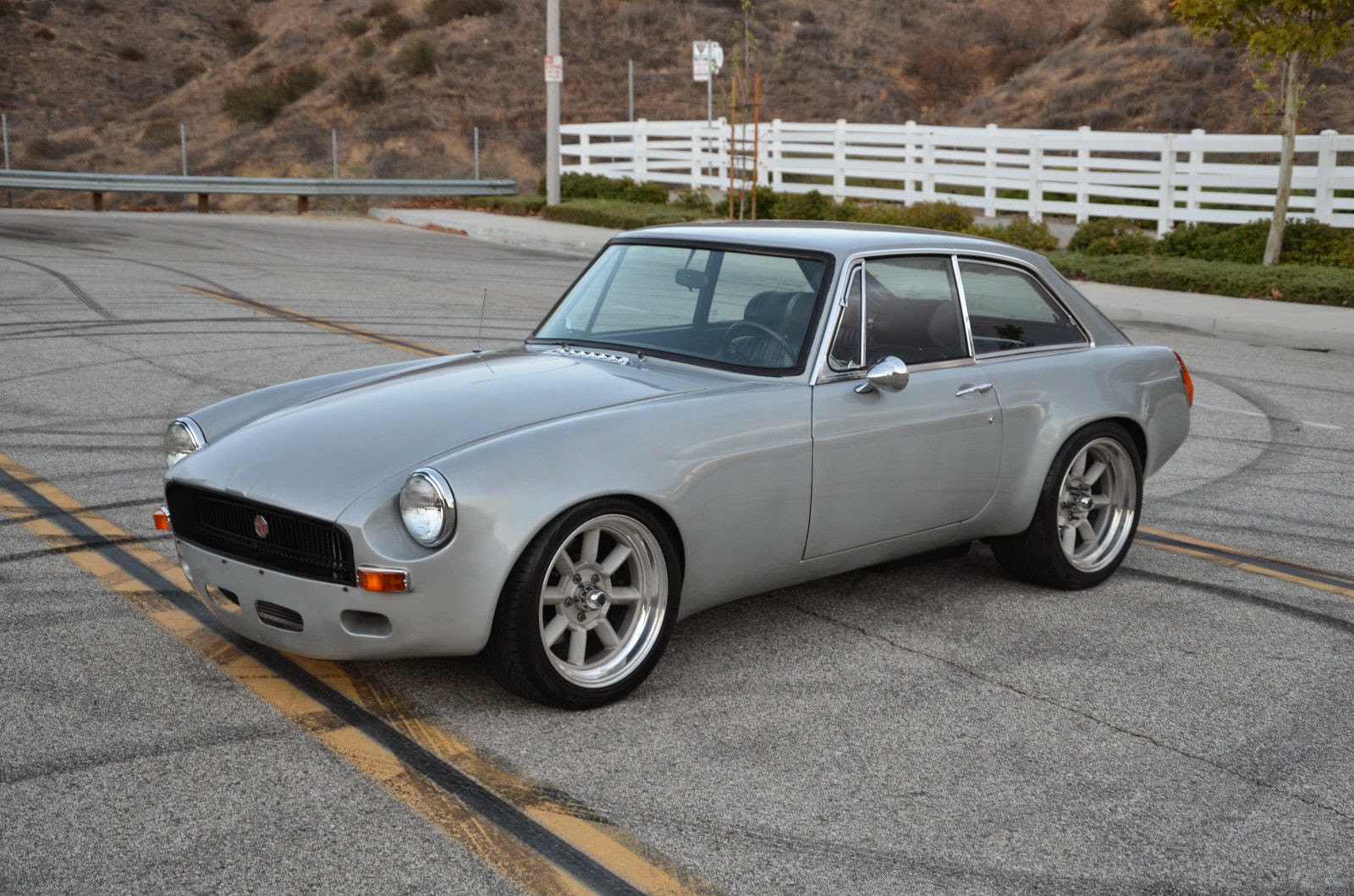 Nothing quite like taking photos of your hot rod parking in the middle of a multi-lane public road, squarely on top of freshly laid donut stripes on the pavement.  Nothing to see here, just taking some photos officer, that isn’t rubber smoke in the air.   A lot of money has been poured into this thing, anything you pay for this will be half the cost to build it…and that is money well spent. 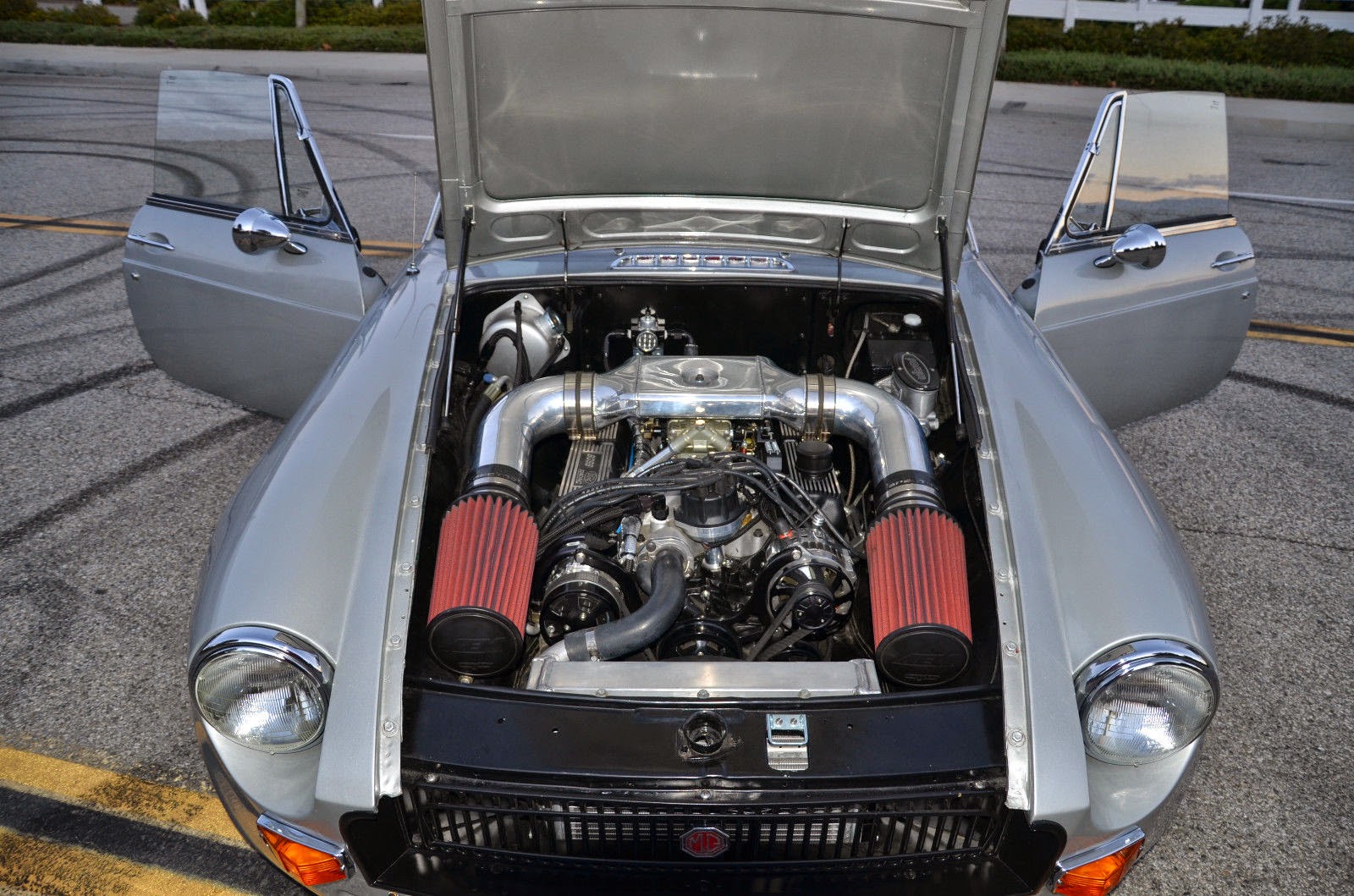 Under the hood is a 331 cubic inch small block Ford V8 that has been built and modified to push out a respectable 425 horsepower on pump gas according to the seller.  In the lightweight MGB chassis, this thing should be downright frightening, and the 11 second 1/4 mile numbers quote by the seller verify this fact. 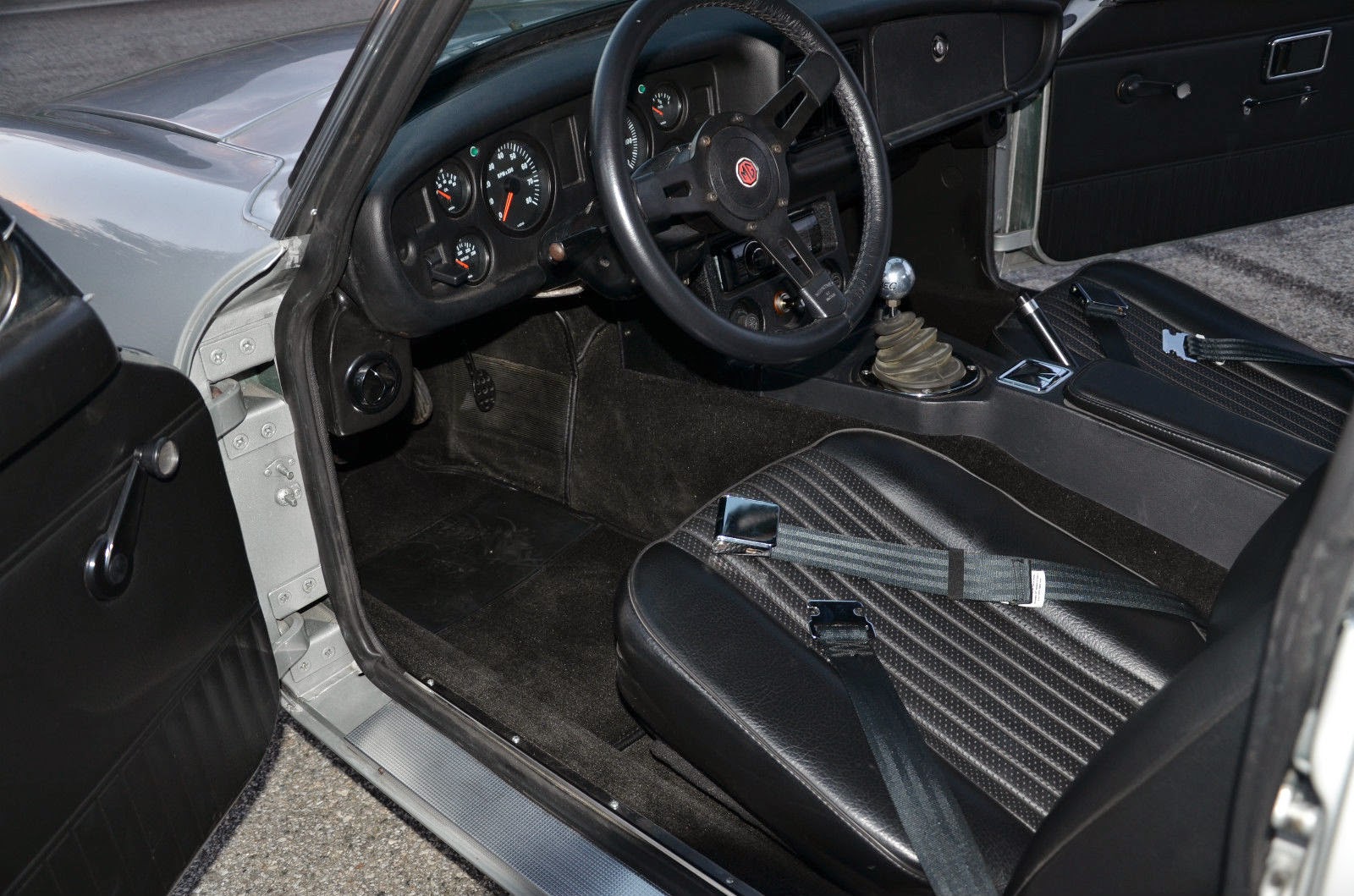 Steering is accomplished via a Fast Cars Inc coilover setup that includes motor mounts for the Ford V8, plus a rack-and-pinion steering setup and a thick hollow sway bar.  The inside has been given some new parts as well, it really looks ready to cruise down to your local car show and make some friends. 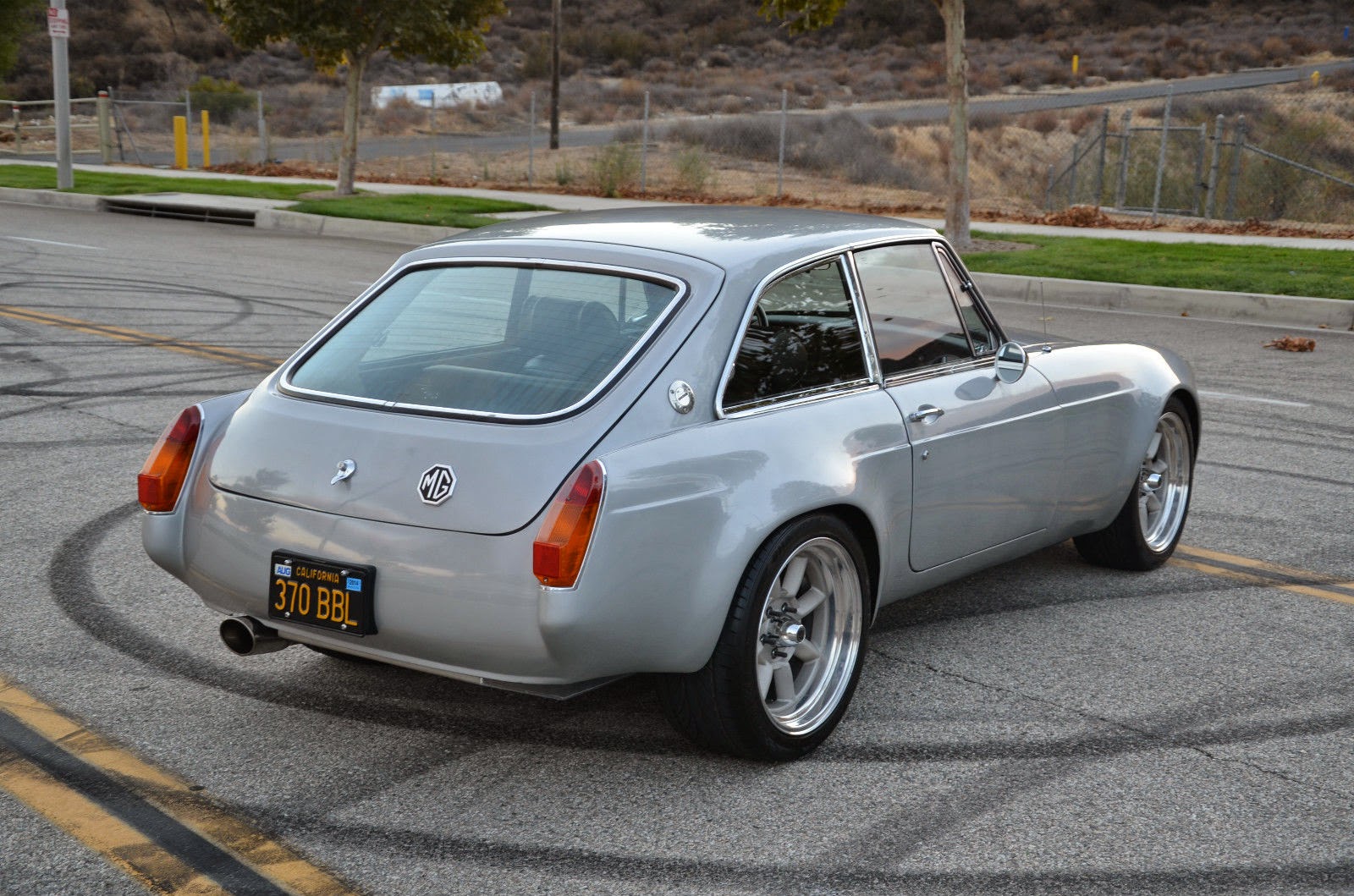