The US market Ford Focus was launched in 2000 with Ford’s “New Edge” styling, a unifying design theme dreamed up by Ford’s VP of Design Jack Telnack.  The Mustang also got New Edginess in 1999 as well as the Cougar (and others) but, mercifully, the cars were allowed to return to segment based styling a few years later.  The 1st generation Focus is a cheap car for a beater today, but a surprisingly large number have been converted to V8-rear drive brutes from a variety of tuners, madmen and enthusiasts.  Find this 2000 Ford Focus V8 Swap offered for $18,000 in Holland, MI.   Featured by Zaqataq on jalopnik oppositelock forum. 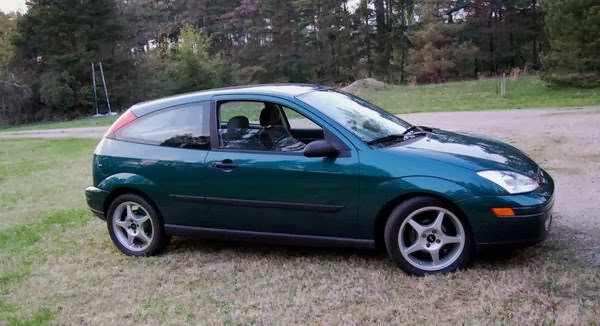 The Focus isn’t a bad looking car – in fact it looks like any number of mid nineties to late oughts hatchbacks and isn’t something you’d be ashamed to drive to work each day.  The sporty SVT model was even fast in its own right, but today’s front-V8, rear drive conversion puts any stock Focus to shame. 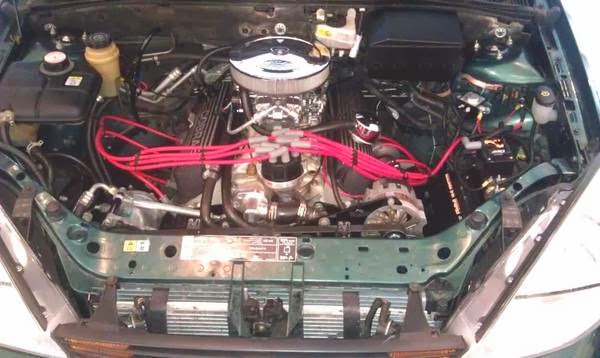 Under the hood is a carburetor equipped 302 cubic inch Ford V8, good for 340 horsepower with the E303 camshaft and sold from the Ford racing parts catalog for around $4k.  The rest of the parts to convert the Focus from a transverse engine front drive to a classic rear drive setup will set you back quite a bit more, the seller of this car claims to have $21k in parts in the car. 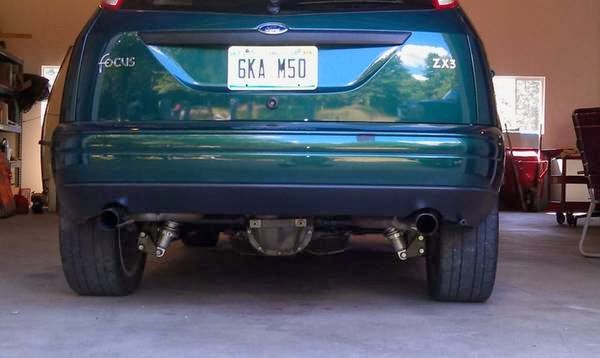 It may be a bit late for Halloween, but there is no reason not to put a pumpkin in the back of a Focus – and we can only hope there is some alternate dimension out there where this is factory stock.  Praying for a wormhole to appear now…still nothing…waiting… 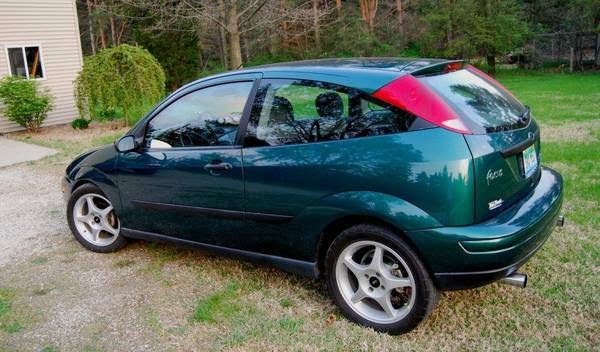 See a better way to get a 350 horsepower rear-drive hatchback for the price of a new Civic?  email us here: tips@dailyturismo.com